Shin Megami Tensei has made a name for itself catering to the mature and hardcore RPG crowd. Statistics, elemental weaknesses, and demon fusion keep battles intensely strategic alongside complex stories and memorable characters. Soul Hackers helped create this legacy in 1997 for the Sega Saturn, but it never made its way to North America. Now with an enhanced 3DS version, admission is finally open to the futuristic tale about technology going awry. The wait was worth it. Soul Hackers is an addictive journey with a gripping storyline and contemplative combat.

The story about a soul-stealing virtual city is intriguing and full of twists, and the futuristic backdrop also works well. The idea of exploring a cyberpunk city is not new to RPGs, but the atmosphere immersed me from the get-go, with inhabitants dressed in flashy, high-tech gear and computerized beats blaring through the city.

Even with a great setting, where Soul Hackers makes it biggest impression is with its cast. One character has two disparate personalities in her body, and the well-written banter between them adds levity. The mature tale also touches on dark themes, but it stands out by focusing on the importance of family and its hardships. For instance, it has some great interactions with an angsty character and his father struggling to communicate and understand one another. It also handles loss in a compelling way, and watching these multi-dimensional characters confront tough issues is a high point.

Soul Hackers hooked me with its demon recruitment, which adds layers to its traditional combat. You lure demons to your side by choosing the correct dialogue responses or giving them items. Additionally, demon fusion provides plenty of opportunities for more powerful combatants. You can even fuse demons for higher damage-dealing swords. Not much strays in battle from the classic SMT/Persona formula. The party consists of two regular characters and four slots for demons; the four demons allow for party customization, letting you take on skills your main characters lack, or buff up on valuable powers like healing. Experimenting with different party combinations is fun, and kept me power-hungry for better demons.

Demon personalities also play a role in strategy; those with kind personalities prefer to heal, while wild types fancy attacking. If you select the opposite, sometimes they won't follow your orders and use the turn to their preference. This can be infuriating, but the unpredictability forces you to adjust your strategy around their potential insubordination.

Soul Hackers isn't for the faint of heart; boss battles are harrowing and demon selection can make-or-break battles. For instance, one boss with a weakness to magic blocks it after two turns. That means you have to capitalize on those first turns to stand a chance. Still, the bigger battles gave me an adrenaline rush, causing me to think and study my party before each turn. I can't say many turn-based systems have caused me to consider the consequence of misusing a turn like Soul Hackers.

Dungeon design wasn't at its high point in 1997, and this is clear in Soul Hackers. Dungeons are bland and the places you visit, mostly factories and warehouses, aren't that exciting. However, a few make an impression, like the art museum where you jump into paintings and the haunted house with story narration. To its credit, even with all the required backtracking, the grind doesn't wear on you because of the option to talk your way out of combat. It helps not being forced to fight every battle, as does the reasonable encounter rate.

Soul Hackers isn't an easy fight, but it's worth every moment that it beats you down. It became my addiction; I was completely enamored with besting bosses, recruiting demons, and finding out where the storyline would go next. I still can't believe that a game that came out in 1997 feels so fresh and exciting over 15 years later. 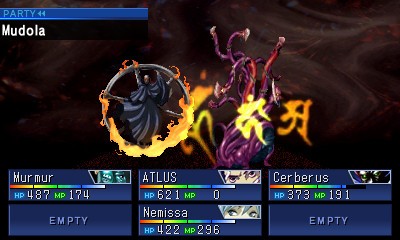 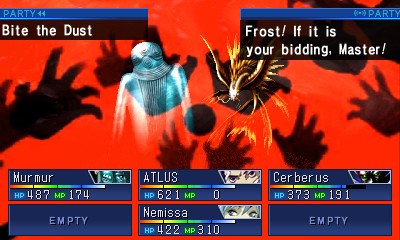 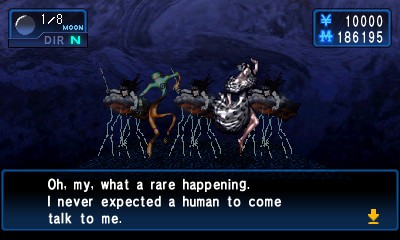 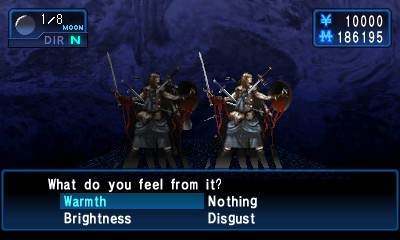 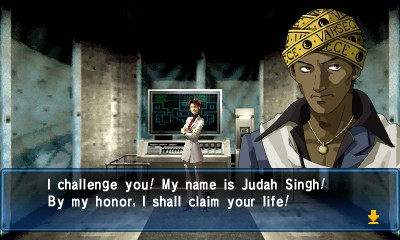 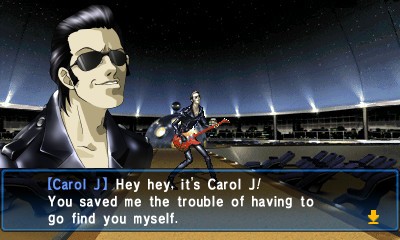 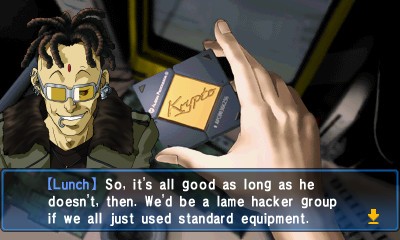 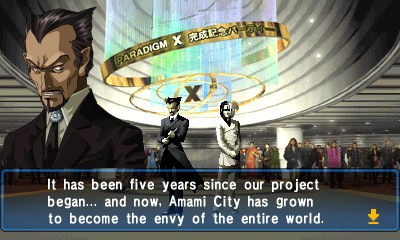 8.75
About Game Informer's review system
Concept
Fight your way through dungeons to stop demons from stealing people’s souls
Graphics
The character models look great, but the dungeon design leaves much to be desired
Sound
Music captures the futuristic atmosphere perfectly and enhances scenes. The voice acting is top-notch; every character makes an impression
Playability
Controls are easy to grasp, but there’s no hand-holding to master the deeper mechanics
Entertainment
Soul Hackers is unique, thrilling, and lives up to the Shin Megami Tensei name with punishing battles that are both exciting and frustrating to conquer
Replay
Moderate