Barely two years ago Electronic Arts entered the sim-racing business with Shift. It wasn’t the greatest racer, and at the time it made me wonder what EA and developer Slightly Mad Studios were trying to achieve by entering the sub-genre. If that title was the foot in the door, then Shift 2 serves as more of a true introduction for the franchise because it has enough style to set itself apart.

The series’ overhaul starts with the great graphics, which don’t just catch your eye, but are positively arresting. The lighting from car headlights and the environments in the night races are awesome, and the sense of speed helps sell the experience. I liked the helmet cam, which bobs around as you attack the corners and decelerate, but even though it’s another aid that gives you the sensation that your car is going fast enough to break free and slide out, I got used to it quickly and started not to notice it. Overall, the graphics give the game an atmosphere and identity that is stylized enough to stand out and offer more than just realism. This is no small matter in a field crowded with games trying to look like the real thing.

Shift 2 also betters itself by using a basic XP leveling system in lieu of the old Driver Profile that offers rewards in five set categories (cash, vinyls, cars, rims, and paint) up to level 20. Still, I’m glad the concept of corner mastering has been retained, and I like how it’s unobtrusively integrated into the HUD map. I liked seeing how I was doing on each corner from lap to lap, and it gave me something to shoot for at every interval on the track.

While getting more XP for mastering all the corners of a track is a cool bonus, Shift 2 doesn’t solve the larger problem in racing games of how to lead the player through a large amount of races and still have them feel interested at the end of it all. It has race variants like Time Attack, Duel, and Elimination, but the tenth race feels the same as the twentieth. Shift 2 tries to inject some excitement by having real-life racing stars like Vaughn Gittin Jr. comment on your progress in live video, but it didn’t work for me. At least the game paces its money and gift cars easily enough so you’re not left grinding or stuck in a dead end. A lot of races give you loaner cars, so you don’t have to waste money on some specialty car only to use it once.

The Autolog borrowed from Need for Speed: Hot Pursuit is about as close as the game comes to making its mark on racing as a whole, as it posts your best speeds at a track on the Speed Wall for all your friends to admire. You can also jump right into the races they’ve finished to try to show them up or take back your crown. I think it would be cool if the next game took the Autolog a step further and integrated your friends’ times into appropriate finish times for Career races not dependant upon AI racers, like the Hot Lap and Time Attack race types.

Shift 2 defines the franchise in a way that the first one didn’t. Although the cars can feel like they swivel on a center axis, the racing is pretty good, and the overall experience gets a boost from the graphics and the erratic nature of the AI racers. It doesn’t blow by the competition, but by improving its lap times, Shift 2 is on its way. 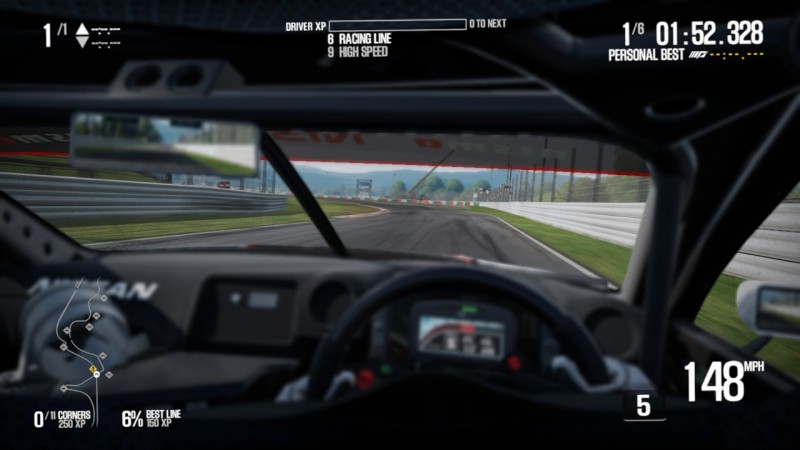 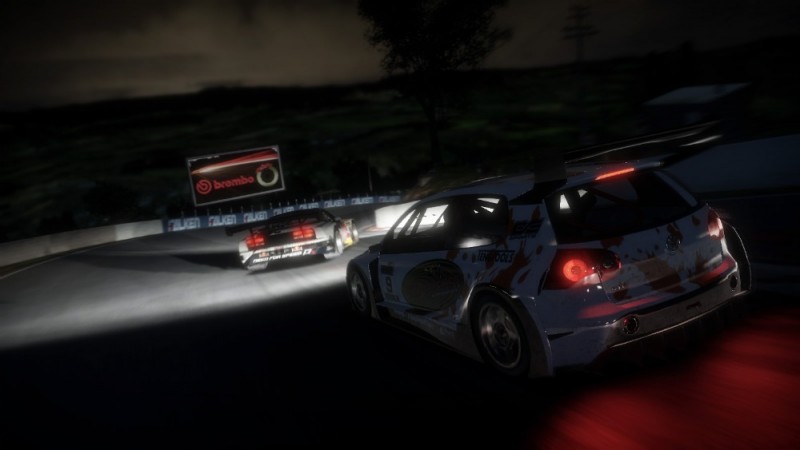 8.5
About Game Informer's review system
Concept
Slightly Mad Studios throws a little grit and style in the otherwise staid world of sim racing
Graphics
I love the nighttime racing in this game. Overall, the graphics perfectly ride the line between being stylistic without abandoning realism
Sound
The miscellaneous car sounds of marbles, turbo, and other touches are great. However, I got tired of Vaughn Gittin Jr.’s pre-race pep talks
Playability
The helmet FPS cam is definitely worth checking out for the subtle head bobbing. The cars feel like they pivot on swivels, unfortunately
Entertainment
Shift 2 injects some adrenaline in the sim genre, but this boost does not stay long enough to change the sub-genre
Replay
Moderately High 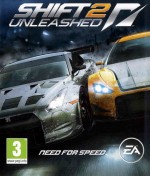