In the first decade of the 21st century, the world was humming along to the accelerating tune of technology, little knowing the dramatic change of beat about to hit. The Awakening brought magic back to the world; elven and orkish children were born to human parents, dragons re-emerged from the shadows, and gifted individuals wove spells and summoned elementals. By 2054, magic and technology are playing in concert. Magic-fueled megacorps run governments, and technomancers work the shadows between the virtual and mystical realms. Shadowrun Returns drops players headfirst into this richly realized fiction, combining classic role-playing storytelling with modern tactical battles. The production values are more modest than many contemporary RPGs, and the breadth and length of the adventure is limited, but running the shadows has never been more fun.

Shadowrun Returns’ isometric view, turn-based combat, point-and-click controls, and text-driven dialogue deliver a jolt of nostalgia for longtime PC gamers. Fifteen years ago, games like this established the foundations of today’s Western RPGs. Even so, there’s nothing here that should turn away newcomers thanks to smart updates to the formula. The challenge level is accessible, with a steady ramp up in difficulty that may be too easy for experienced tacticians. The leveling system is flexible and easy to grasp, letting you shape your character by doubling down on one or two skill sets, or by becoming a jack of all trades. While the story is rooted in the established lore of the Shadowrun universe, this is a fresh jumping-on point; the locations and characters that nod to fans are enjoyable whether you recognize their significance ­or ­not.

With original Shadowrun designer Jordan Weisman guiding the ship at Harebrained Schemes, those same devoted fans will find a faithful presentation of the world. The story plays and reads like a hard-boiled detective novel, from your Marlowe-esque hero to the mysterious woman in the red dress. Investigating a friend’s murder escalates into high-stakes corporate espionage and world-threatening cults. Part of the thrill of Shadowrun is the vocabulary and tight-knit culture of these wry, sometimes-misanthropic heroes. Those elements come through loud and clear without distracting from the plot. The gorgeous backgrounds and mildly exaggerated character art accentuate the setting’s charm, which lies somewhere between the neon lights of Blade Runner and the spellcasting and sword-swinging of high fantasy.

Shadowrun Returns moves at a deliberate pace, with the expectation that players take the time to talk to characters, read dialogue, and solve some simple puzzles. That makes the battles feel all the more exciting when they occur, and I found myself looking forward to the different twists combat would throw at me. Players of the recent XCOM: Enemy Unknown will instantly grasp the fundamentals, which are heavily emulated here. Characters take turns spending action points to maneuver into flanking positions, duck into cover, and fire off bullets or spells. Your main character levels up as the story continues, but every mission also sees you hiring other shadowrunners to join you. Each character class brings something exciting to the table, from the rigger’s ability to control robotic drones to the mage’s wide variety of lightning bolts, healing spells, and ­mana ­blasts.

Battles often provide intriguing choices and opportunities. Did you obtain the zebra meat from earlier in the level? Maybe you can distract the hell hounds that would otherwise attack you. Those turrets ­bringing you down? A well-defended decker can jack into the cyber-landscape of the Matrix and take control of the guns. The fights are always interesting, even with some occasional problems. Enemy AI sometimes leaves itself far too vulnerable, and misses opportunities to exploit your mistakes. Despite how pretty they are, the 2D backgrounds often obscure characters, making it hard to see what you’re doing. A limited breadth of spell and character animations also compromises some of the excitement. Ultimately, these quibbles are modest concerns when placed beside the varied objectives and surprising locations of each combat scene.

The initial campaign offers a great adventure, but it’s easy to feel hungry for more when you’re done. Thankfully, Harebrained Schemes has included a highly useable editor to let players create their own content. Enterprising module creators are already digging into the toolset, and I’m hopeful about the potential for expansion.

Even if you never played the tabletop game or the original Shadowrun console games, Harebrained Schemes has crafted a potent argument for joining in on the fun. Here’s hoping this reawakening is just the beginning of a new lease on life for the Sixth World. 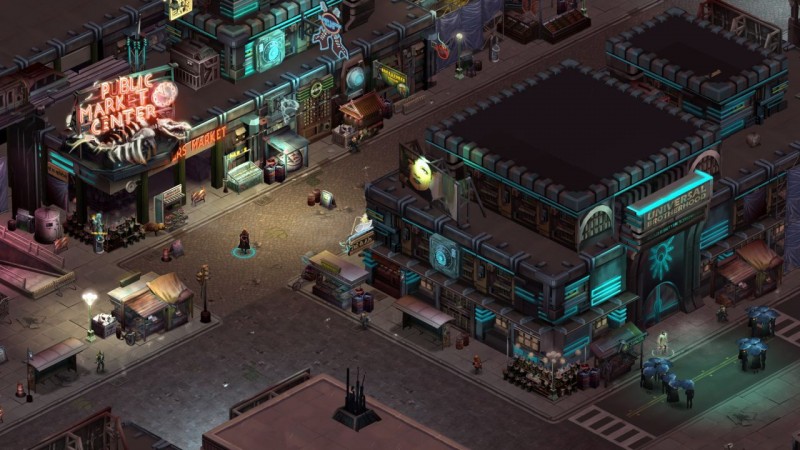 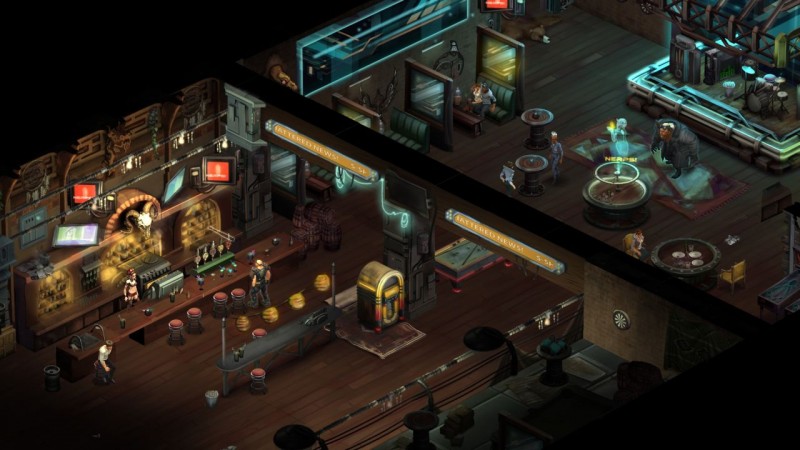 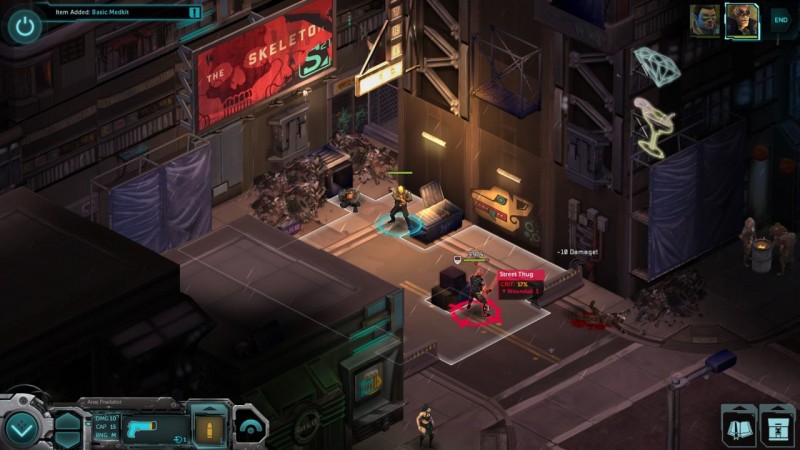 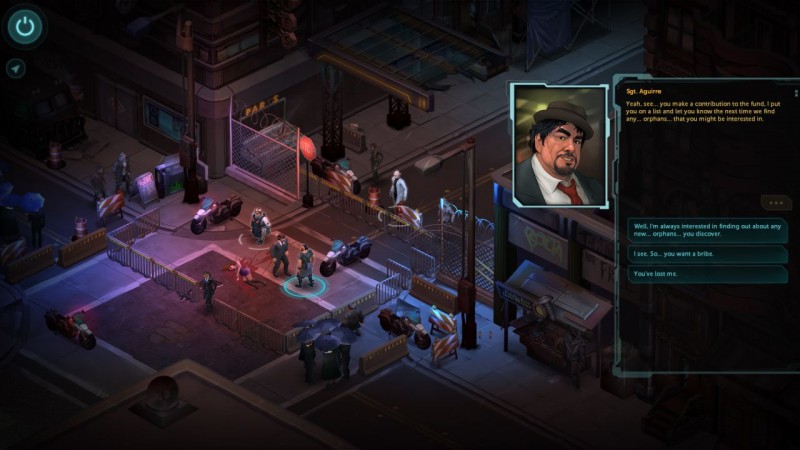 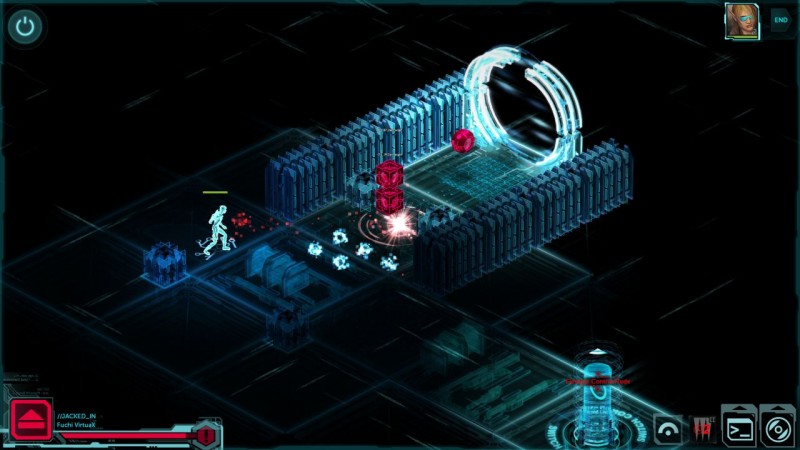 8.5
About Game Informer's review system
Concept
Revisit the brilliant fantasy future of Shadowrun in a game that harkens back to the glory days of the computer RPG
Graphics
2D backgrounds are vibrant without abandoning the gritty tone of the setting
Sound
Music is reminiscent of the earlier Shadowrun console games, but gets repetitive. Dialogue is text-driven with no voiceovers
Playability
A simple point-and-click interface handles all tasks admirably. A stronger tutorial would be a welcome addition
Entertainment
One of the most unusual and original fantasy settings around finally has a worthy digital entry for the first time in nearly 20 years
Replay
Moderate 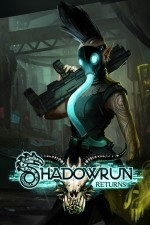