Sony’s handheld system hasn’t seen many notable exclusives recently, but DrinkBox Studios has finally given players a new reason to pick up their Vitas with Severed. The developer (of Guacamelee fame) ties together rewarding touchscreen combat, enjoyable first-person exploration and puzzles, and a fulfilling upgrade system into one exciting package that no Vita owner should miss.

Severed casts you as Sasha, a warrior on a quest to save her family from savage beasts. Using the Vita’s touchscreen, you slash Sasha’s sword through any creature that dares get in her way. Swiping your finger across the Vita screen to emuate a sword slash rarely feels this natural or satisfying; this isn’t a shoehorned-in, gimmicky mechanic.

The combat is built on capitalizing on openings in your enemies’ defenses. Those openings can be created by countering their advances by parrying their strikes, or by slashing specific target points that pop up while they’re readying their attack. Successfully countering an incoming strike, then watching your opponent’s health drain as you feverishly swipe your finger across the screen is satisfying, but the real excitement comes when you square off against several adversaries simultaneously.

With each enemy possessing a distinct action gauge that dictates when they attack, fights against multiple foes become as much about time management as precise swiping. During early battles, I often got caught up attacking a single enemy, while the creatures behind me charged up and dealt damage. Initially, I survived such mistakes, but the later encounters aren’t so forgiving, as enemies are not only buffed with different magic spells, but also armored and more powerful.

Your sword isn’t your only means of defending yourself, since you also acquire magic abilities. One spell stuns an enemy so you can focus on the other creatures in front of you, while another devours an enemy’s magic buff, stripping the creature of the stat boost and buffing your attributes in the process. Later in the story, some battles require you to complete the fight within a time limit, ratcheting up the level of difficulty and challenging you to be more strategic with the buffs you steal from opponents. Do you take the attack buff to more quickly vanquish your foes, or opt for the speed boost to buy more time?

The buffs you steal are specific to isolated bouts, but Severed also features a deep upgrade system that rewards you for being proficient in combat. Your primary means of finding loot is done through finishing battles with a full focus meter, which increases when you land several attacks in succession without swiping into an enemy’s defense. Then you race against the clock to slash vital resources from the defeated enemy to apply to future upgrades. Once you have abundant resources, you can apply them to the upgrade system, which is split into three different branches. The upgrades range from basic boosts like increased defense or a higher chance of critical strikes to more specific improvements like your stun spell affecting all enemies or being able to steal two magic buffs from a single enemy. The upgrades are noticeable and come at a steady pace, and I loved searching out encounters each time to test out my new abilities.

The challenging battles are the highlight of Severed, but they are linked together through strong first-person exploration and puzzle elements. Each dungeon features multiple paths to follow. While most dungeon rooms are required to solve a puzzle to reach the next area, optional rooms reward you with upgrade resources and even brain and heart pieces, which increase your mana and vitality respectively. The puzzles aren’t particularly difficult, but require enough thought to keep you from plowing through each dungeon. Each puzzle revolves around getting access to the next area, but the complexity varies, from accessing a switch that opens a new path to finding creative ways to retrieve key items. Some rooms in the early dungeons are inaccessible until you retrieve a certain magic spell later in the game, meaning you need to return to the early stages with that spell if you want to see all the nooks and crannies of Severed.

Though my playthrough only lasted around five hours, I wanted more. Shortly after I finished the story, I dove back in to explore every path I didn’t already venture down with my new powers in tow. The draw to keep playing and exploring immediately after I finished is a testament to how much I enjoyed Severed. 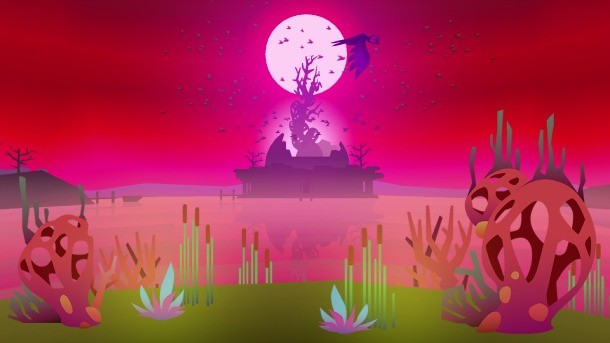 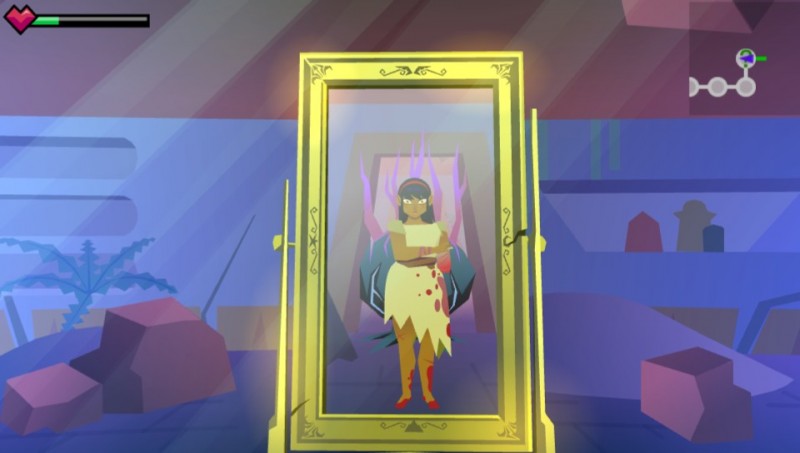 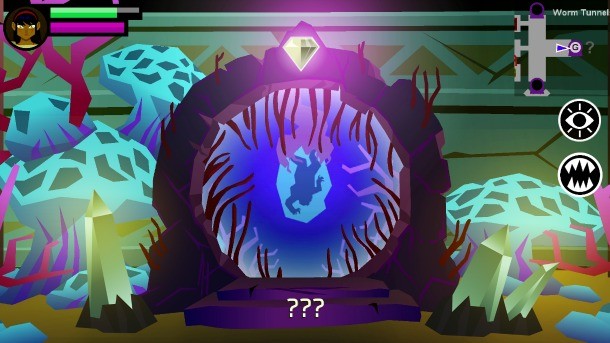 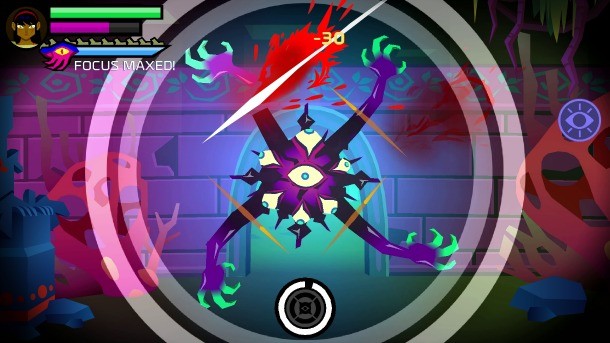 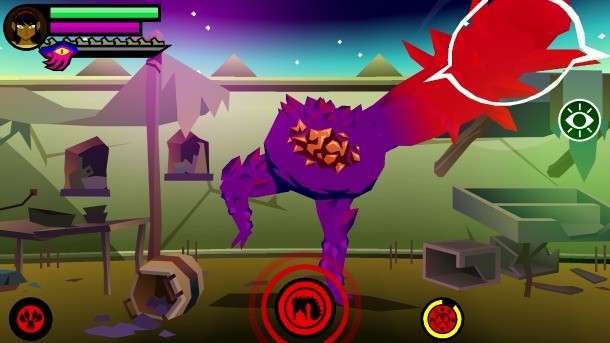 8.5
About Game Informer's review system
Concept
Use the Vita’s touchscreen to slash your way through legions of grotesque monsters on a quest to save your family
Graphics
The deep hues of red and blue accent with the earth tones to create a beautifully devastating landscape
Sound
The soundtrack reflects Sasha’s mindset, bouncing back and forth between portraying hopelessness and exuding determination
Playability
Countering an attack then furiously swiping your finger to defeat your enemy is satisfying from beginning to end
Entertainment
Even after I completed the final challenge of the story, I couldn’t wait to dive back in
Replay
Moderately high 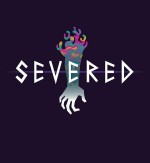