As an early action/RPG, Secret of Mana helped popularize the genre with its cooperative elements and impressive creativity. It kickstarted the Mana franchise and set a high bar that the series has yet to hit again. A remake seemed like a wonderful way to resurrect this important game, giving longtime fans a chance to revisit it while allowing new players to take in the experience with modern mechanics. Sadly, Square Enix’s attempt to update the classic doesn’t live up the original’s legacy, nor does it improve its more problematic elements. I enjoyed the trip down memory lane, but the Secret of Mana remake is middling in every way.

As a 25-year-old game, Secret of Mana’s story is straightforward and occasionally campy. Square Enix tried to inject more personality into a tale about a boy recovering a legendary sword that in turn sets him on a world-saving quest. This is mostly done through the addition of voice acting and some dialogue changes. The voice acting feels unnatural and jarring; characters’ mouths don’t move as they speak, even during close-ups. The voice performances’ poor quality disrupted so many scenes that I eventually turned it off, significantly improving my experience. The campiness still has its charm, but the new force-fed personalities make the cast more annoying than endearing. Sometimes less is more, and that is certainly the case here.

Remaking the game was a chance to modernize the original for this generation of gamers. Unfortunately, Square Enix only made small tweaks. The movement is the best it’s ever been, with the analog stick opposed to the d-pad. The ability to assign shortcuts to items, magic, and weapons is also a great improvement, as the flow is not interrupted by menu navigation. That being said, the game is still inconveniently menu-heavy. You can only assign a few shortcuts, so just to make simple changes to weapons or cast a spell can be a hassle. Also, if you choose to play local multiplayer (online multiplayer is not available), shortcuts go away, making you and your partners constantly juggle menus to use items or cast magic.

Playing co-op alleviates issues with the terrible A.I. (which was also a problem in the original), but playing with others has other drawbacks, since you lose flexibility in managing your entire party. Your A.I. allies get better as they level up and you can alter their tendencies, but you still spend too much time babysitting them. Even worse, some characters’ abilities are necessary to beat bosses, so having them die easily is frustrating. They also sometimes run into walls and lag behind, another carryover issue from the original. Additional frustrations surfaced with technical foibles, like frequent stuttering and a few hard crashes.

One of the most notable changes to the remake is nixing the 16-bit graphics in favor of 3D-enhanced visuals. While I prefer the original graphics, the new style retains its predecessor’s colorful essence, and the improved monster designs are a nice touch. The same can be said for the newly arranged score; it doesn’t trump the original music (which you can thankfully swap to), but it still carries a lot of the game’s spirit, even if I disliked some of the tracks.

The remake disappointed me more than delighted me, but it’d be disingenuous to say I didn’t have fun with it. Taking down a boss that’s triple your size is still satisfying, and the wondrous world is teeming with creative baddies, from mushbooms to nitro pumpkins. Even so, this remake doesn’t do enough to address or improve the original’s problems. Some tweaks are for the better, others are for the worse, but the end result is a remake that fails to do anything meaningful with a beloved classic. 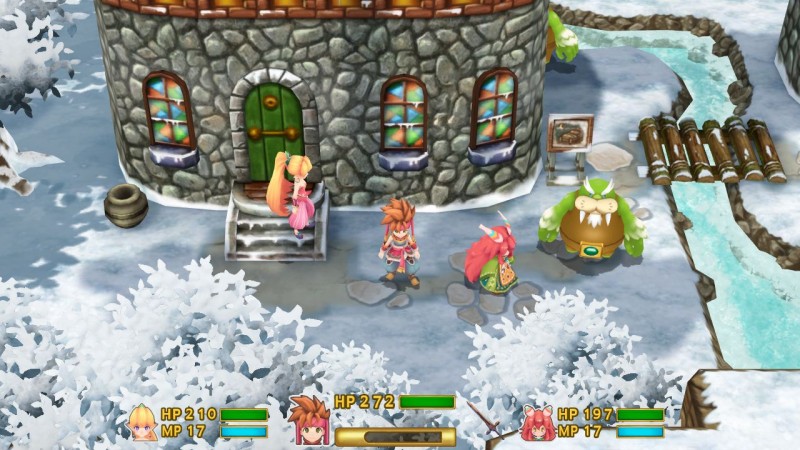 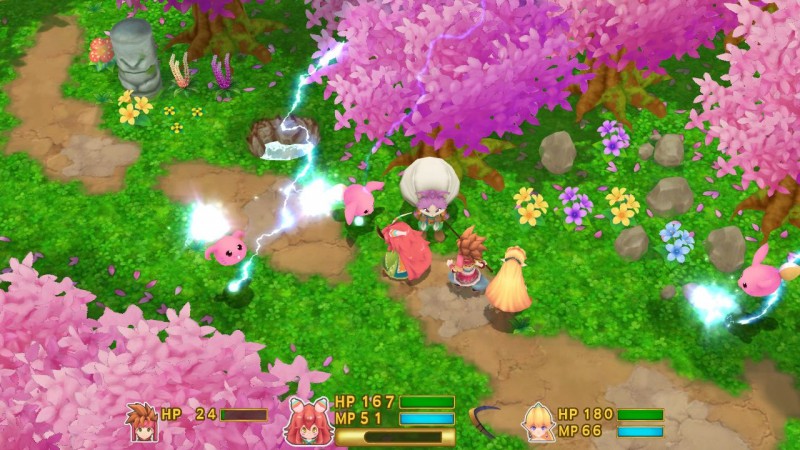 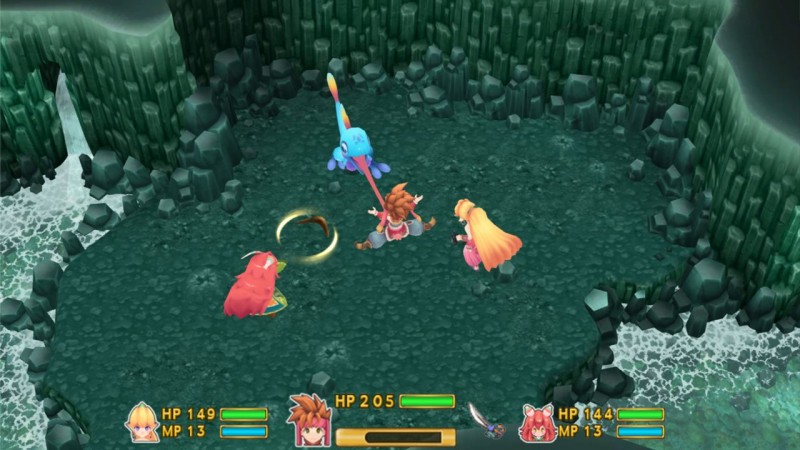 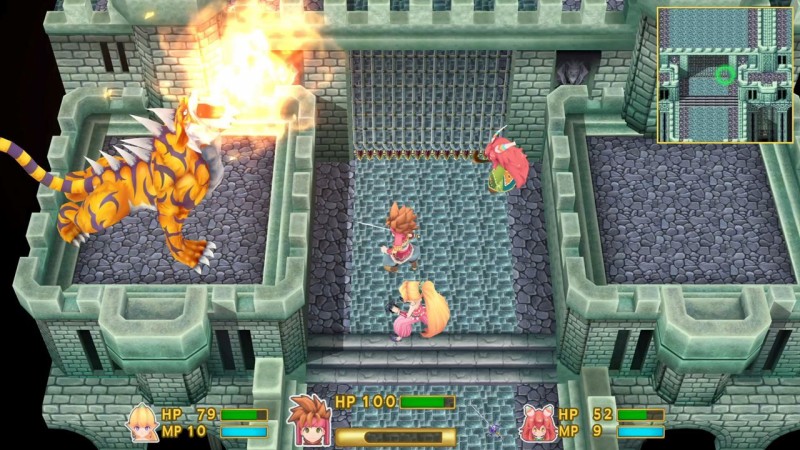 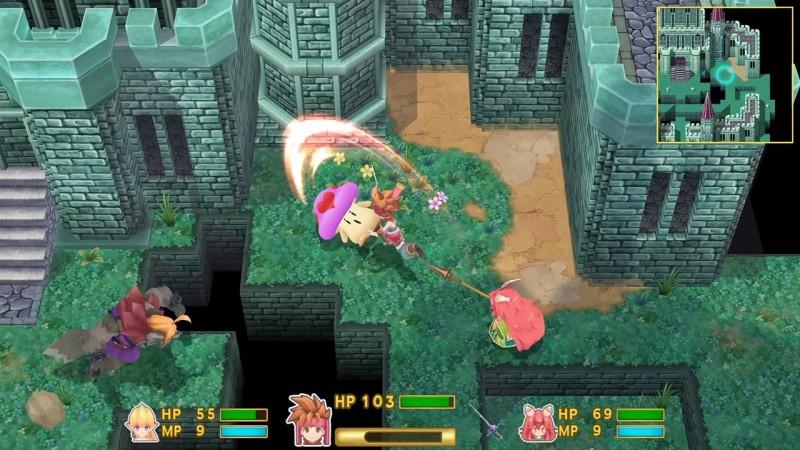 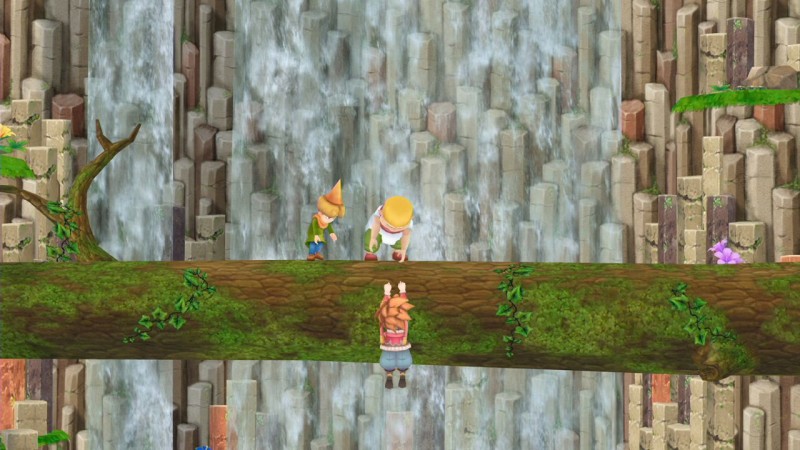 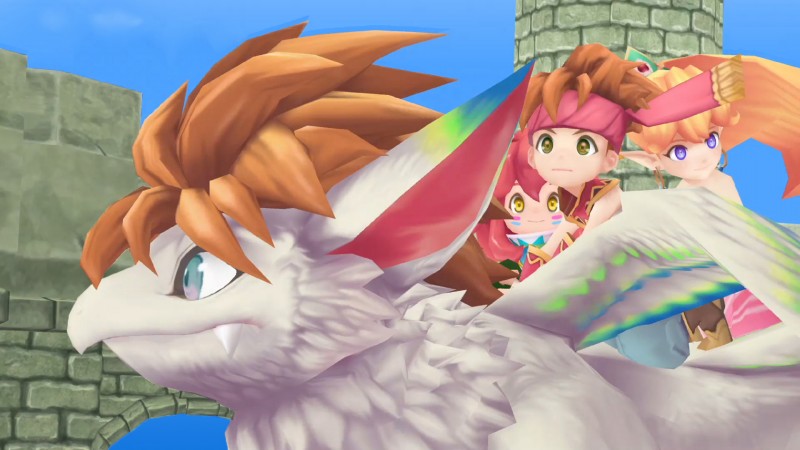 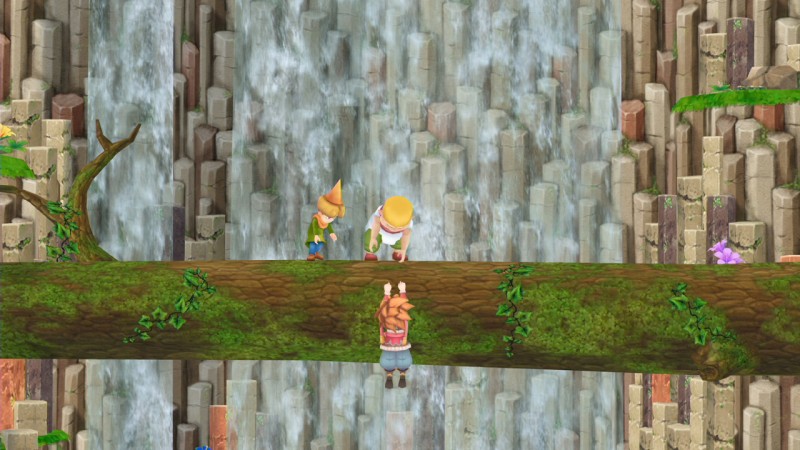 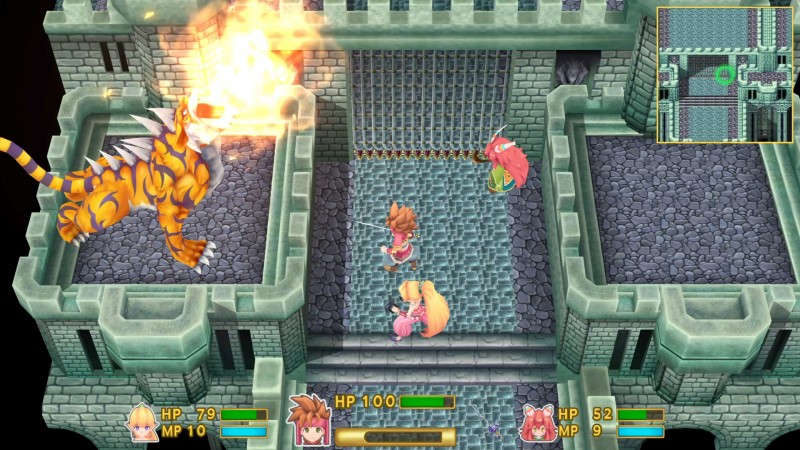 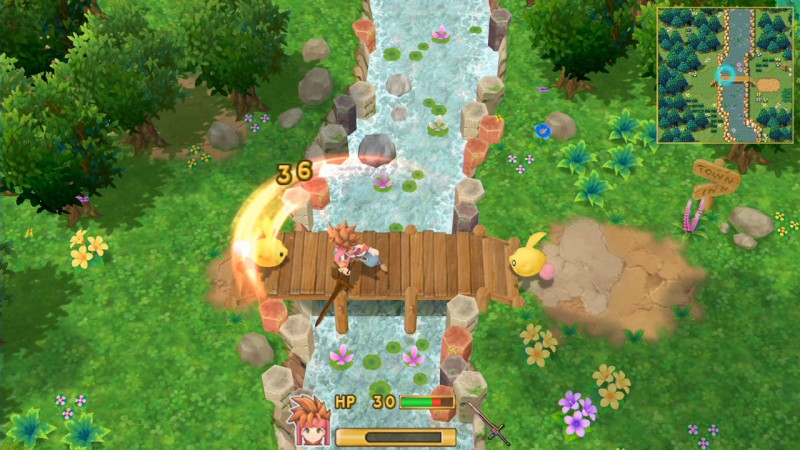 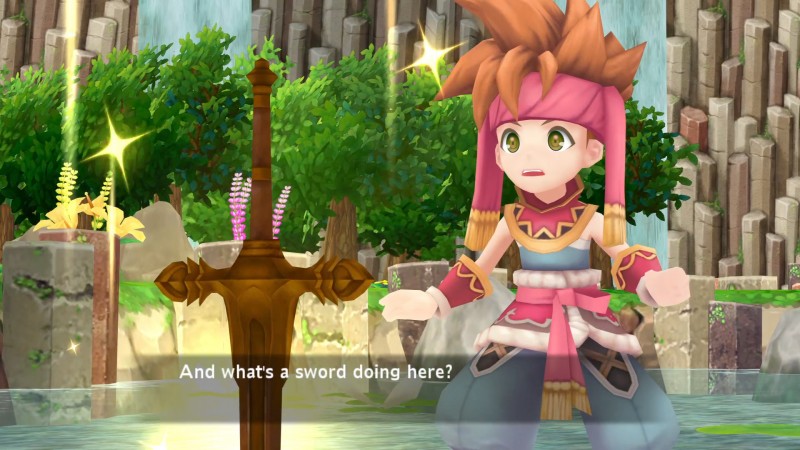 6.5
About Game Informer's review system
Concept
Remake a beloved action/RPG by adding 3D visuals, voice acting, and newly arranged tracks
Graphics
Some of the 3D redesigns are improvements, but the original 16-bit visuals were more charming and striking
Sound
Horrendous voice acting brings down the whole experience, and the new musical score is a hodgepodge of quality
Playability
I appreciate the improved controls, but the lack of direction and menu-heavy systems still frustrate
Entertainment
Secret of Mana’s retelling is full of highs and lows. The colorful world and boss battles still hold their allure, but the overall execution feels average (at best)
Replay
Moderate 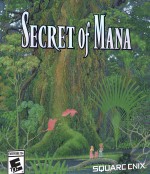