The addition of superpowers is the one major addition that distinguishes this entry from its predecessor. Early on, the player character (who is now the President of the United States) is granted the ability to run at lightning speed and leap higher than many buildings. Collecting data clusters allows you to upgrade your abilities, and you can eventually become powerful enough to glide from one side of the map to the other in less than a minute. Previous games got crazy when you were mowing enemies down with high-powered weaponry, but levitating, shrinking, and mind-controlling your foes takes things to another level.

These powers are a blast, and scavenging for the 1,000-plus clusters is addictive in much the same way as Crackdown’s orb system. That said, they virtually eliminate any need to use vehicles. When I looked at the statistics screen 17 hours in, I saw that I had only entered eight vehicles, and almost all of those were required for missions. While flying is objectively more useful than any car, part of me missed the thrill of getting a unique vehicle that I knew I’d be utilizing often. That crazy Tron-like motorcycle would have been  awesome in previous games, but in Saints Row IV it’s simply a less-efficient way to explore Steelport. Thankfully, you have plenty of other rewards including XP bonuses, new super powers, and AI companions.

The bulk of Saints Row IV is spent in a computer simulation that’s clearly a send-up of The Matrix. With its overt parodies of other properties such as Metal Gear Solid, Mass Effect, They Live, and many more, the humor often resembles a Scary Movie-like spoof-fest. Some of this scripted humor falls flat, but the absurdity of the gameplay is good for its share of laughs. I loved flying high above an enemy stronghold, taking out numerous enemies with a thunderous stomp attack, sucking survivors into a black hole, and then sprinting up a skyscraper and flying away, all to the tune of Montell Jordan’s “This Is How We Do It.” Most of the weapons can be upgraded to be as powerful as they are ridiculous, so you can utilize the Inflate-O-Ray, Dubstep Gun, and a lightsaber as often for practicality as you do for humor.

Because of the computer simulation angle, the game often plays up glitches in the environment. Cars become pixelated and NPCs become hilariously buggy near unstable rifts, but not all of the hiccups are intentional. My save file played the same audio log at the beginning of every session, I suffered more than one hard freeze, and a necessary superpower was inexplicably locked during a late-game boss fight.

I was also irked by the fact that the entire open world always takes place at night, since the dark and gloomy color palette gets old quickly. A post-game unlock allows you to change the time of day at will, so I’m disappointed that Volition would choose to set the action in a perpetually dim environment.

Despite a few frustrations, glitches, and questionable design decisions, Saints Row IV is still a ton of fun to play through – whether solo or in the series’ returning co-op mode. Vehicles may not be as exciting this time around, but the thrill of soaring through the skies and navigating with ease makes up for it. With tons of upgrades and weapon customization, making your President more and more powerful is an addictive and rewarding affair, and you can become virtually unstoppable by the end. Saving Steelport may not be quite as novel of an experience this time around, but an arsenal of new abilities and weapons ensures that you are doing it with more style and spectacle than ever before. 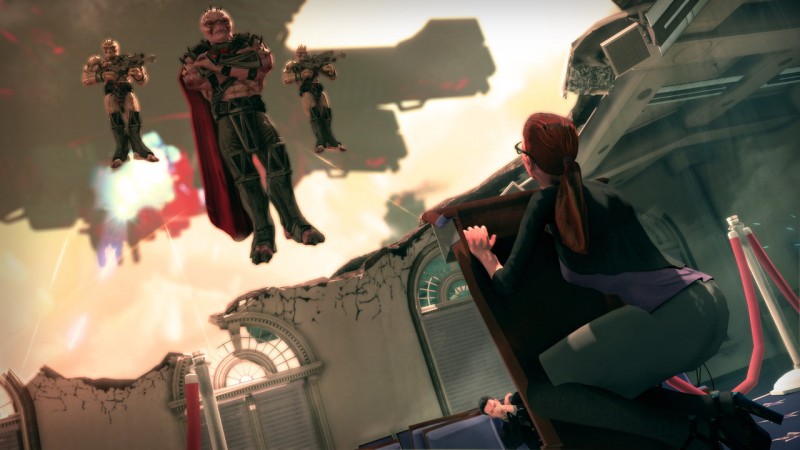 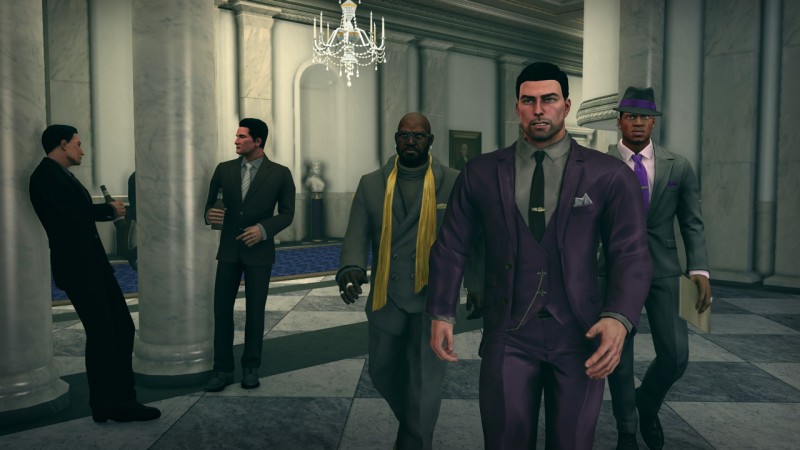 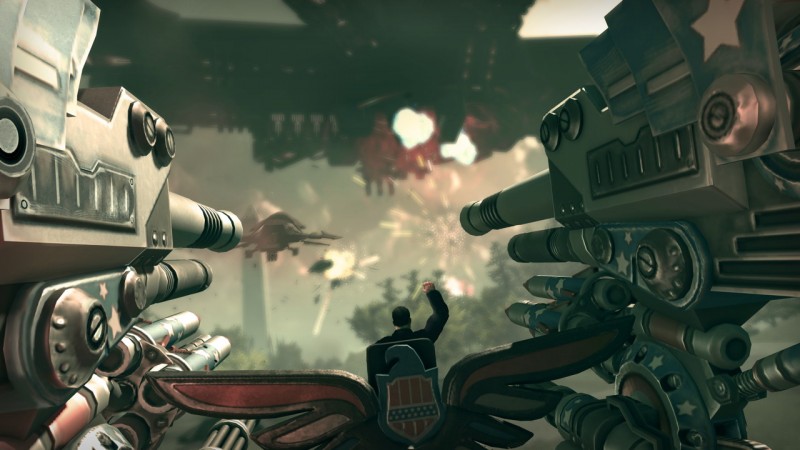 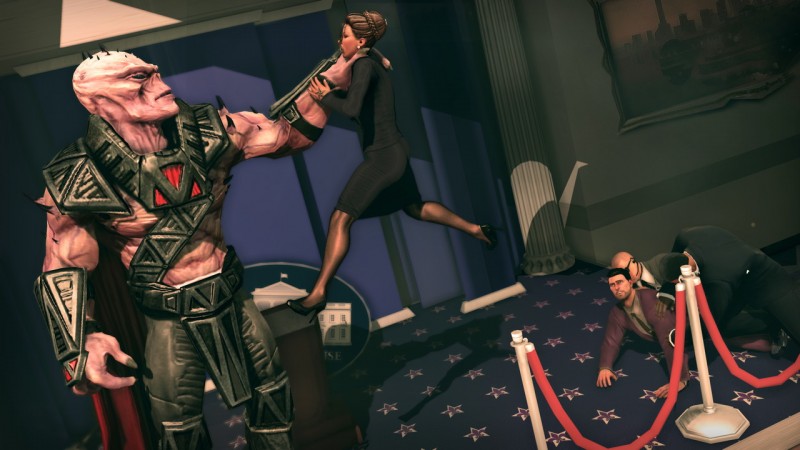 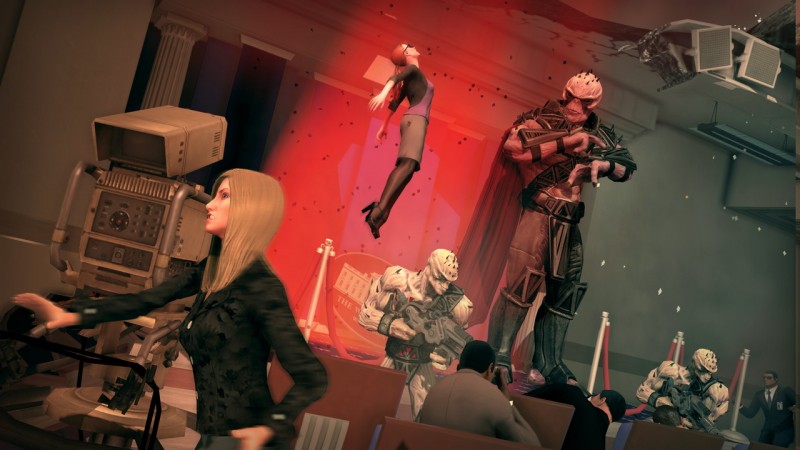 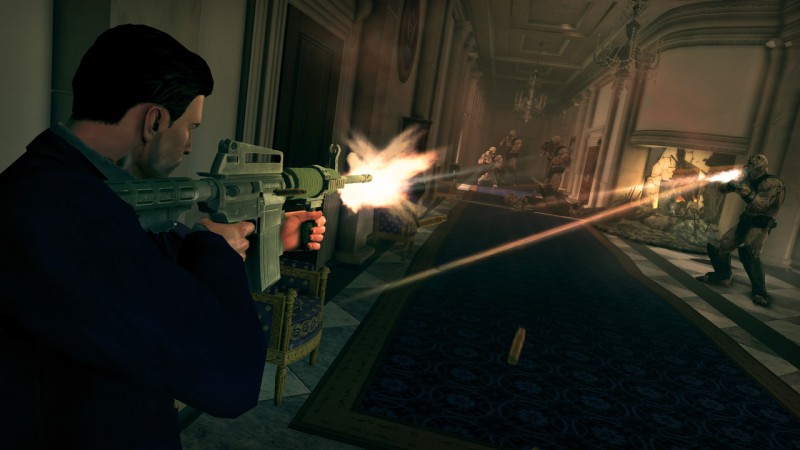 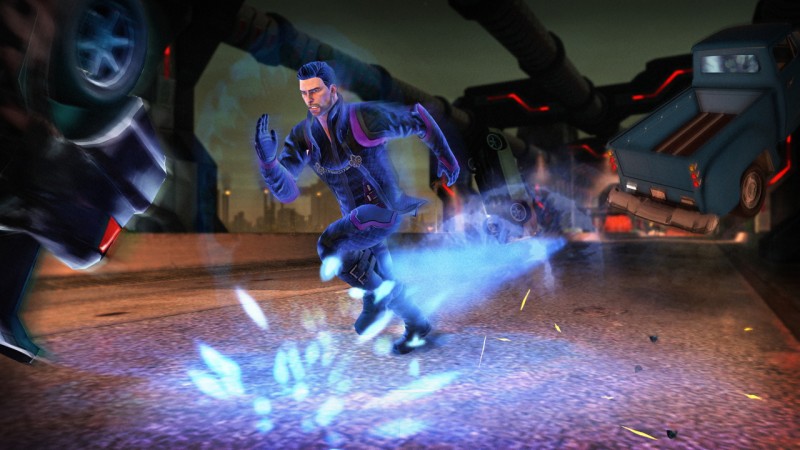 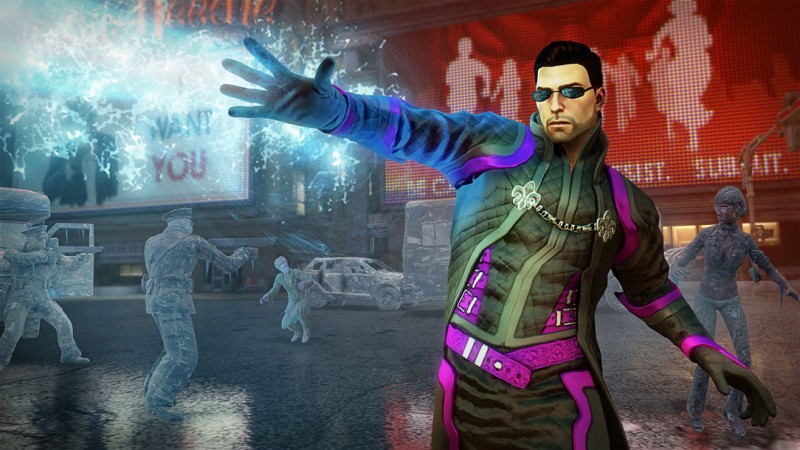 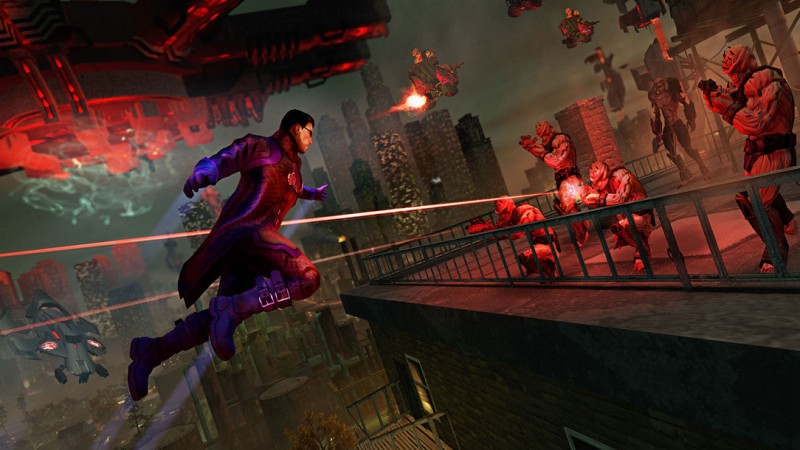 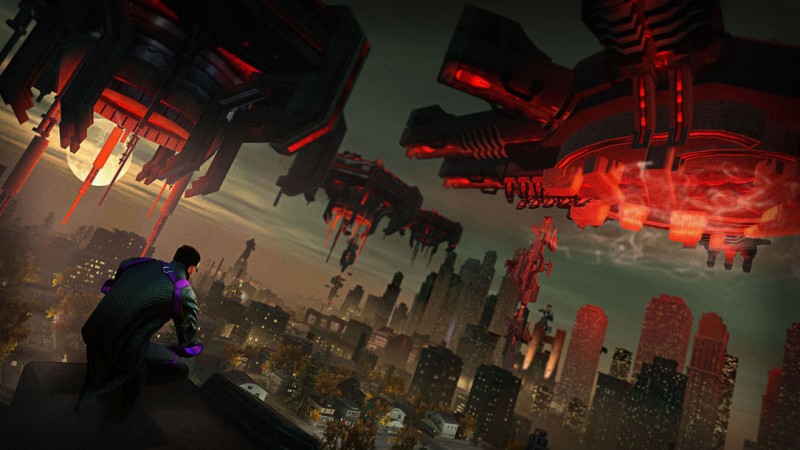 8.5
About Game Informer's review system
Concept
Save the world from aliens in the increasingly bizarre Saints Row universe
Graphics
The framerate holds steady and effects look good, but the always-dark environment is annoying
Sound
If you want a soundtrack as silly as the game itself, keep yourself tuned into The Mix radio station
Playability
It’s impressive that superpowers have been integrated so smoothly in a game with an already-packed control scheme
Entertainment
Doesn’t quite reach the highs of the previous entry, but it’s still a wacky good time
Replay
Moderate