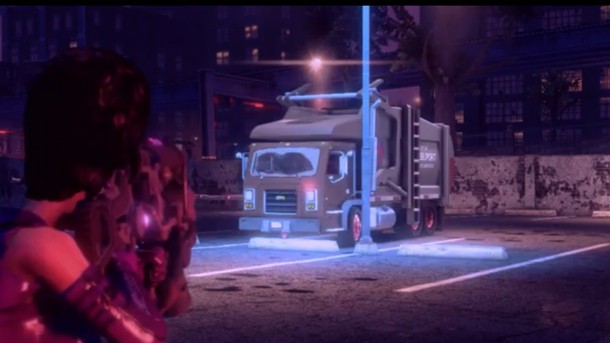 In the latest Saints Row IV Hail to the Chief video, we see our hero turn the alien's tech against an innocent dump truck. We've used the black hole gun, and we've made pedestrians do the robot with the dub step gun. Now, it's time to get extraterrestrial.

See the abduction gun in action in the third of these videos. Want to see what you've missed? We've got the first two here and here.