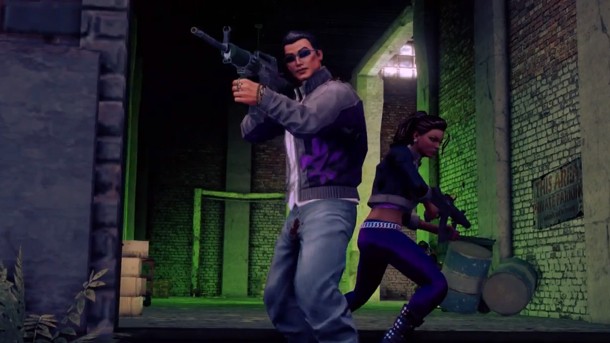 After taking one for the team at the beginning of Saints Row: The Third, it seemed like one of the Saints' most important members would only live on as a memory. Deep Silver and Volition are upping the comic book ante on Saints Row IV, though. Gat is back.

Yesterday, Deep Silver announced that Johnny would be making an appearance in Saints Row IV. Today, we get to see him in action. For a dead guy, he still has a lot of style.