What if those moneybags in Castlevania made a difference beyond incrementing the score counter nobody cared about, and instead let you buy a longer health bar or a more powerful whip for your next trip through the castle? Rogue Legacy attempts to answer that question while taking cues from Mega Man, Ghosts ‘n Goblins, and others. The gameplay isn’t tightly tuned enough to raise this to the level of those classics, but this indie action/platformer is a worthy love letter to the punishing games of yesteryear.

Get ready to die. Constantly. My first quest to avenge the king’s assassination failed before passing through a single room. My heir made it through three. Her heir died in the second. After that I started to make some real progress, but Rogue Legacy remains lethal for its entire length. The side-scrolling action is right in line with the norms set forth decades ago by Castlevania and the like, but the difficulty is even higher than the brutal games the NES generation grew up on.

That may not sound like great fun, but Rogue Legacy’s genius comes in after you die. The first step is to choose an heir from three possible heroes of different classes, who also come with often-amusing foibles like cursing coprolalia sufferers or colorblind heroes whose runs are played in greyscale. More importantly, the fortune your previous character accumulated can be spent to unlock better stats, stronger equipment, new classes, and special abilities. Dying five rooms in isn’t such a bad thing when the 150 gold you earned buys ten more HP for every subsequent run, much less a double-jump or vampiric attacks. Spend everything you can, though, because the balance is lost as soon as you start the next run.

Each randomly generated castle contains several unlocks aside from the omnipresent gold. Plans for the blacksmith make new equipment available. Fairy chests unlock runes that grant powerful special abilities, but can only be opened if you pass specific challenges like making it through a monster-filled room without swinging your sword or navigating a spiky passage without taking damage. Coming across either is a eureka moment, and makes me look forward to death so I can find out what the heck the blood cape does or why I’d want to equip a curse rune.

This sense of progression works well, and keeps me playing Rogue Legacy despite several flaws that plague the experience front to back. The action itself is average at best, working on a basic level while suffering from loose control and inconsistent hit detection that have no place in a reflex-driven action/platformer. Your hero lacks the mobility of X or Zero, the versatility of Alucard, the survivability of Samus, and the firepower of Soma. He or she is always a generic sword-swinging adventurer with a single, usually useless, magic spell and slightly different stats based on character class. Enemies are similarly uninspired, and severely lacking in variety.

Rogue Legacy avoids the worst problems of random level generation by cheating a bit – the castle isn’t made up of randomly placed walls and enemies, but hand-crafted rooms pieced together in a random order. Enough rooms exist that every run feels different regardless, but you’ll start seeing repeats well before you put in the hundred-plus runs it’ll likely take you to beat the game.

A handful of bosses impede your way, each requiring pattern-learning and artful dodging like an eight-bit stage boss. None of them are creative on the level of the excellent handheld Castlevania games or any Metroid title, but they serve their purpose of marking waypoints in your progress through the game.

The dire lack of healing ensures that runs lack permanence. Many end in the death of a thousand cuts, as your health slowly drains with every tiny mistake or miscalculation. Many more abruptly crash and burn with one bad room; even the early rooms are deadly to seasoned adventurers if you screw up. Don’t get attached to any hero, even if she is your favorite class with a spell that miraculously doesn’t suck and positive foibles like being extra-large and immune to knockback.

Rogue Legacy doesn’t come close to replacing Metroid or Castlevania in my heart, but it isn’t supposed to. It’s a fun popcorn game, fine for killing 15 minutes here and there or eating an afternoon with a series of runs if you’re in the mood. Don’t expect any story or epic adventure so much as a neat little action game with a compelling upgrade system, and you’ll find plenty to love here. 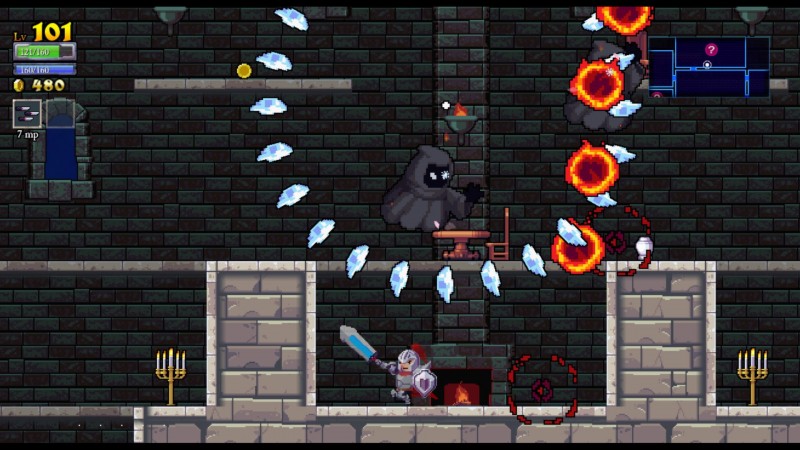 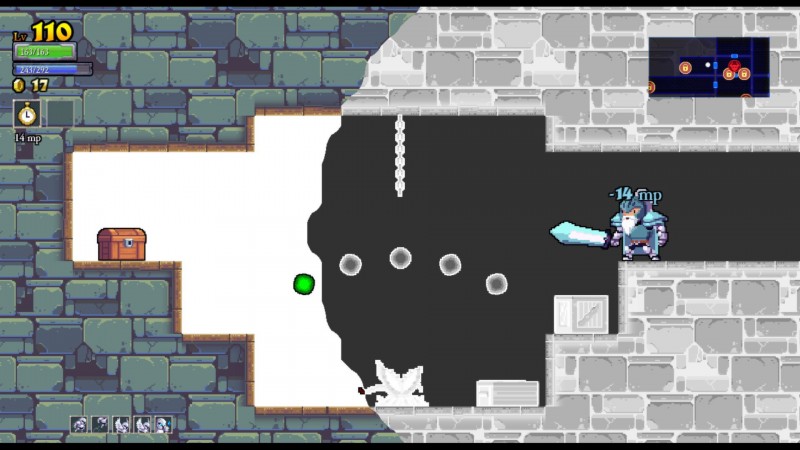 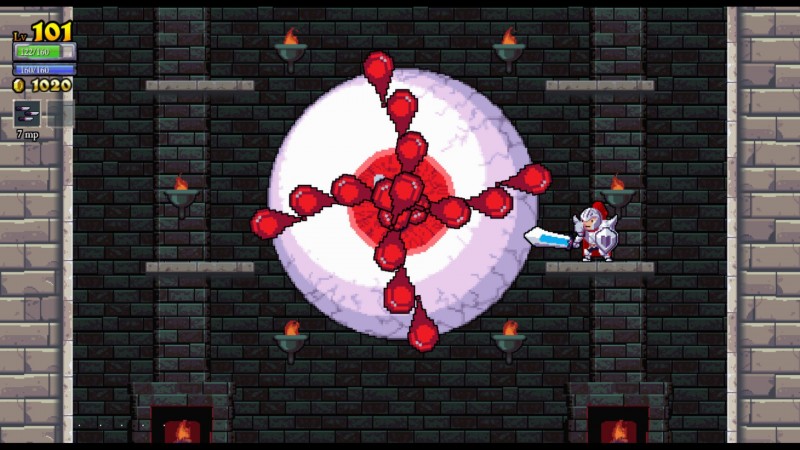 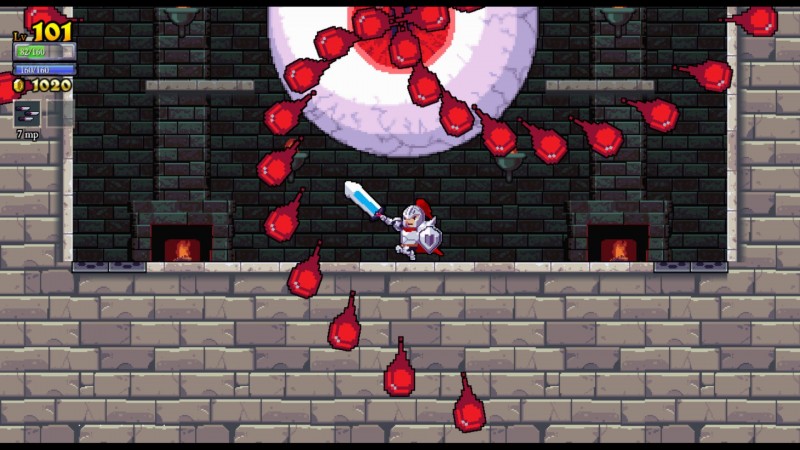 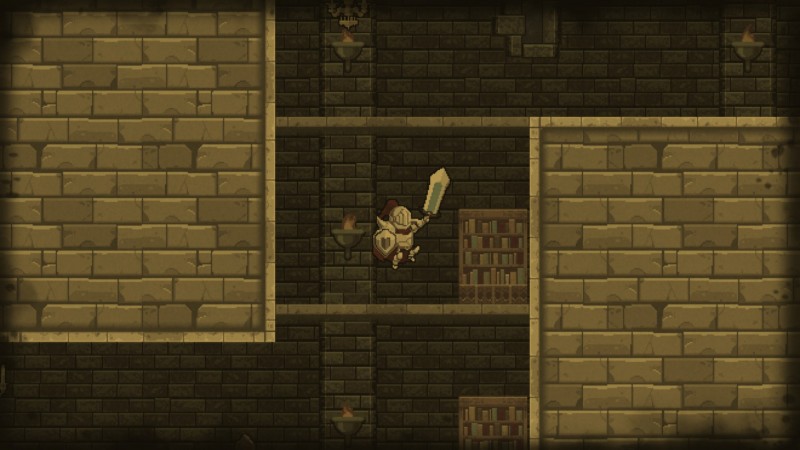 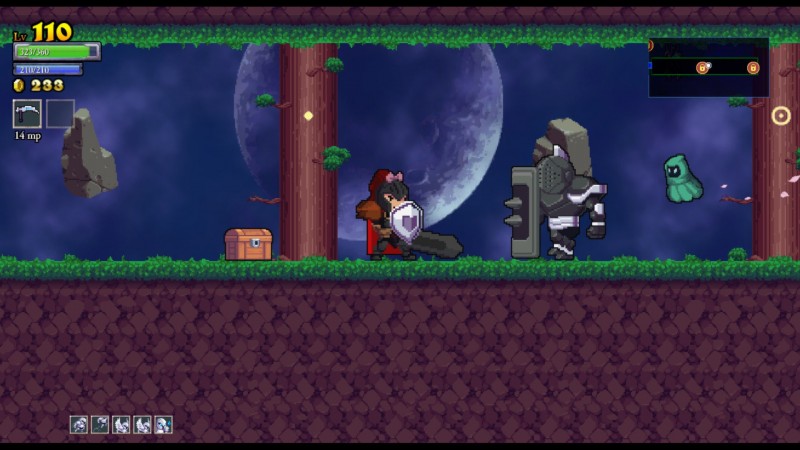 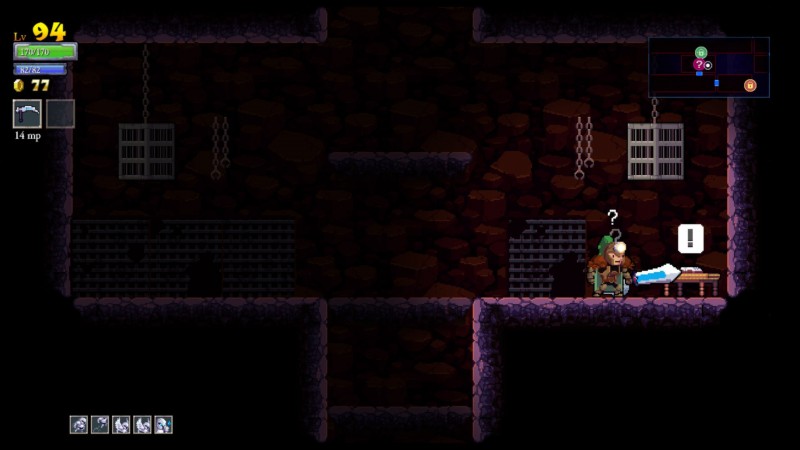 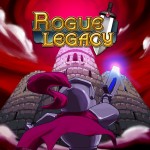 This indie action/platformer is a worthy love letter to the punishing games of yesteryear.

Purchase More Info
8
i
Game Informer's Review System
Concept Imagine eight-bit Castlevania with a random castle, random powers, and a small reward after every one of the deaths that come so easily
Graphics The simple, cartoony visuals fit Rogue Legacy’s style
Sound The soundtrack is surprisingly catchy, if limited
Playability A high-quality gamepad is a must, and I don’t mean an old Xbox controller with the crappy d-pad
Entertainment This isn’t the best challenging platformer in recent years, nor is it a replacement for Symphony of the Night and its ilk, but it’s an interesting experiment with a compelling reward loop
Replay Low