Music game fans have reason to be excited, as Harmonix is offering a new way to dig back into the Rock Band experience. Blitz feels like a cross-breed between Rock Band and Harmonix’s lesser known earlier music games, Frequency and Amplitude, with some new ideas thrown into the mix. The player hops back and forth among individual tracks that represent different instruments in the song, and gameplay focuses on accuracy as well as strategically switching between all the available threads. It’s fun, but some strange design choices and the unfortunate absence of multiplayer pull down an otherwise great idea.

Like any music game worth its salt, Rock Band Blitz lives or dies by its song library. The more accessible and simple gameplay is matched by a pop soundtrack filled with hits like Rick Springfield’s “Jessie’s Girl,” Foster the People’s “Pumped Up Kicks,” and Pink’s “Raise Your Glass.” For fans with different tastes, Blitz’s strongest feature is its ability to play any and all songs already in your Rock Band song library. You may have stopped keeping count a few years back, but that tally now amounts to over 3,500 songs. In addition, all of Rock Band Blitz’s 25 native songs are available for play in your core Rock Band experience.

No matter what songs you play, you drive down a familiar highway of rhythmic button presses. Each track only has two note options – left or right – so keeping up with a single track is easy. The challenge lies in knowing when to switch between your different instruments to build up that track’s multiplier. Get each instrument to a high enough multiplier before a checkpoint, and you increase your multiplier cap, creating an addictive loop as you chase absurdly high scores. The experience lacks the intense accuracy focus of the core Rock Band games, but adds a fun new strategic layer.

As you play and improve, you unlock power-ups to help boost your score, from abilities that auto-play an instrument to zany bonuses like sending a pinball bouncing across the tracks. I enjoyed playing around with different power-up combos, but progression is hamstrung by the strange choice to make you pay in-game coinage for every use of a power-up. On many occasions, you won’t have enough money to use any power-ups on a song until you grind for more money.

Blitz does everything it can to encourage competition against your online friends, offering opportunities to chase each other’s scores. Sadly, Blitz offers no multiplayer, either online or locally. This is especially unfortunate considering how well the formula worked in Amplitude. The Rock Band franchise has always had a party game mindset at its core, and stripping the option to play and cooperate with friends feels antithetical to its roots.﻿

Examined on its own merits, Rock Band Blitz offers highly tuned rhythm matching fun, and the new approach to multipliers makes score chasing a blast. Harmonix has leveraged its obscenely large music library to boost the appeal of Blitz, and the game’s draw may be directly proportional to how much previous money you’ve already invested in the series. 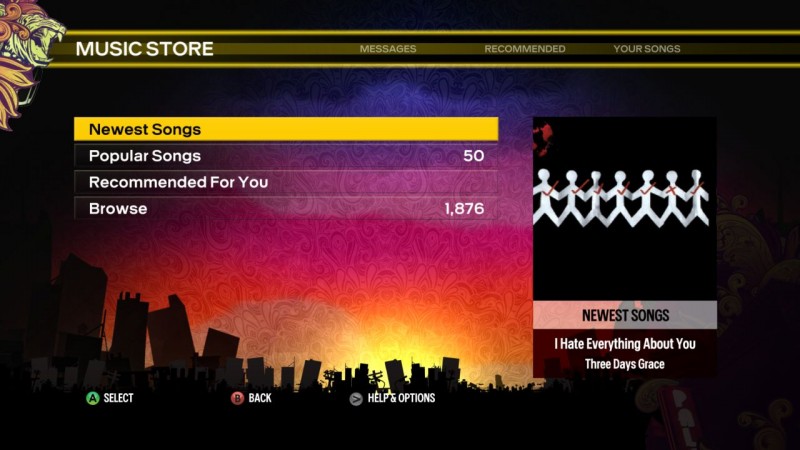 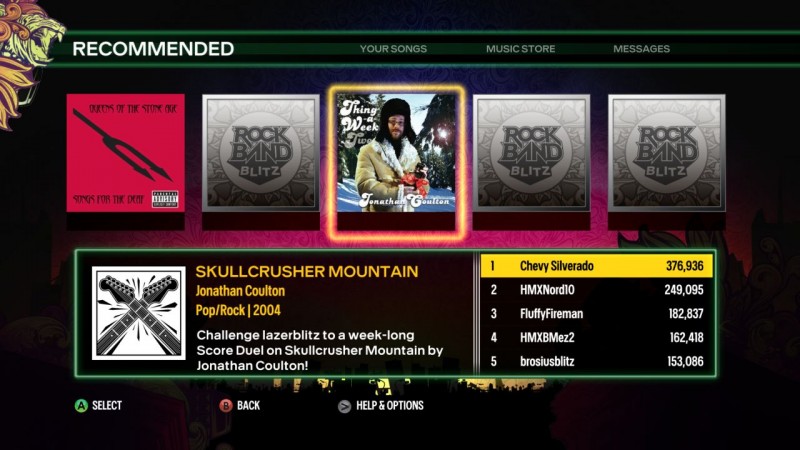 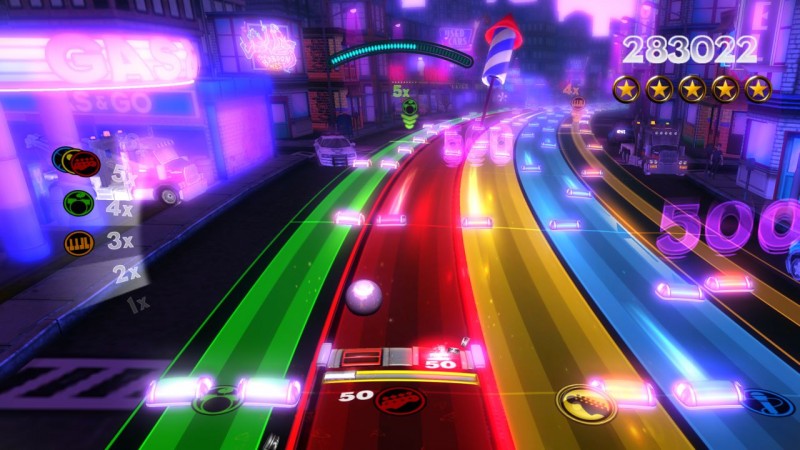 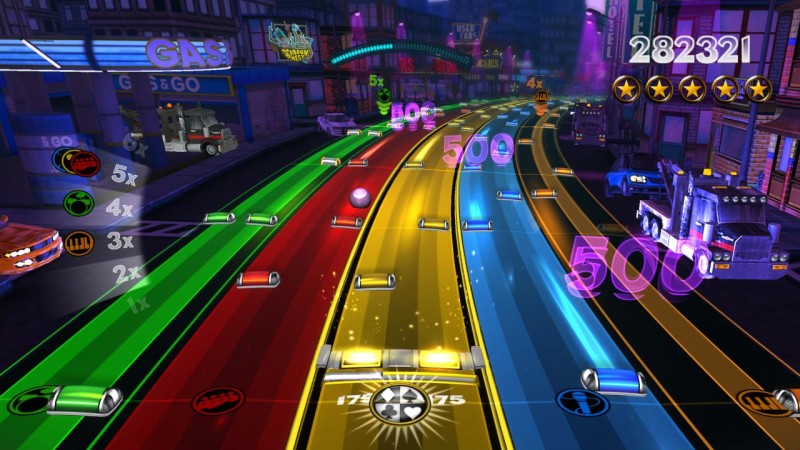 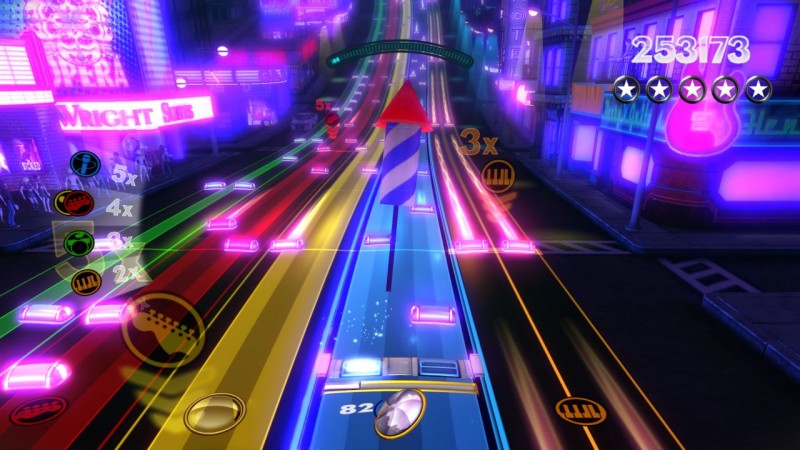 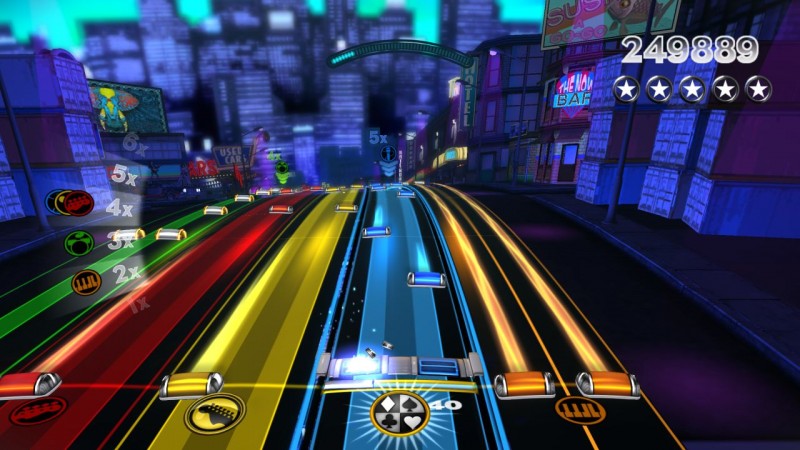 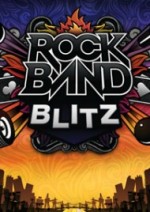 Harmonix releases another great music game, but can the downloadable title thrive without multiplayer?

Purchase More Info
8
i
Game Informer's Review System
Concept Play through 25 new Rock Band songs minus multiplayer or plastic instruments
Graphics Colorful onscreen visuals keep the game inviting and attractive
Sound Strong new songs lean towards the pop end of the spectrum, but your own Rock Band library fills the gaps
Playability Simple controls, but lacking the complexity of play inherent to the core series
Entertainment A fun way to scratch that music genre itch, but the lack of true multiplayer is a drag
Replay Moderately High