At first, the sci-fi world of Robinson: The Journey seems like a perfect setting for a video game. Futuristic technology collides with prehistoric creatures as a young boy and his unlikely companions – an A.I. orb and a baby dinosaur named Laika – explore a strange and dangerous planet. The premise invites a variety of interesting gameplay possibilities, but your imagination is more compelling than anything Robinson: The Journey actually provides. Instead, it ineptly shuffles you through a series of brief-but-frustrating areas, stumbles with its VR interface, and fails to give you fun ways to explore your surroundings.

As Robin, your goal is to scour different areas of the planet to find clues about the spaceship crash that left you stranded – and any possible survivors. In gameplay, this translates to wandering around environments like forests and tar pits, making your way across chasms, and solving dull (at best) and unclear (at worst) puzzles to progress. The problem is that these activities require you to interact with the world, and that’s the first place that Robinson: The Journey falls apart.

A significant amount of your traversal is climbing over rocks and debris, but the mechanics are finicky and awful. The main challenge just comes from positioning yourself in such a way that the game will let you secure a grip on the next hand-hold, often by bobbing or leaning out of the recognized play area to find purchase. Even when it all works, the process is still boring, since you’re just climbing to get from one point to another without much else to do along the way.

That linear, on-rails feeling extends throughout the whole four-hour adventure. I felt like I was in a zoo staring at different habitats, not exploring a planet full of amazing things. The objects you can manipulate are limited, so the environments feel sterile despite being visually lush. Technically, you can perform a couple tasks in a different order, but that freedom has no meaningful effect, so you ultimately have nothing to do but go to the next area.

Another significant issue arises from the obstacles that block your progress. I hesitate to call them “puzzles,” because they aren’t that complex; they aren’t built for experimentation, and don’t provide a sense of accomplishment when you finish them. For instance, you have a telekinetic wand that can lift all sorts of objects. But can you use it to pull a battery through a gap that is clearly big enough? No. Instead, you need to have your pet dinosaur squeeze through a hole and push the battery through the gap from the other side – and then you can pick it up with telekinesis. On top of the minimal amount of guidance you are given, the inconsistency of these roadblocks makes them frustrating and unsatisfying to solve.

In addition to Laika, you encounter other dinosaurs in a variety of shapes and sizes, which is my favorite part of the experience. Looking at huge, prehistoric beasts in virtual reality is cool, no matter how clumsy the framework around them is. However, apart from scanning these wild creatures to unlock tidbits of information, you can’t do much with the dinosaurs. They usually just block your way, and you need to sneak around them or scare them off. Even Laika is effectively useless; you’re given tutorials on how she works early on, but then you only use her in a handful of situations. It feels like someone just forgot about Laika and neglected to implement stuff for her to do.

I should also point out that, as a gamer who experiences simulation sickness, Robinson: The Journey quickly made me feel nauseous. When playing VR, I can usually take motion sickness medication and be fine. With this game, the drugs only delayed the inevitable for a little while, rather than keeping the sickness at bay completely. This won’t be a problem for everyone, but it affected my ability to feel immersed.

Many virtual-reality titles feel more like technical demos than fully formed experiences, and Robinson: The Journey belongs on that list – though it tries to fool you into thinking it doesn’t. A few elements add the illusion of depth, but they feel like shallow afterthoughts. This journey is just a linear tour of the world with no meaningful deviations and barely functional controls, all for the dubious benefit of seeing some cool VR dinosaurs. 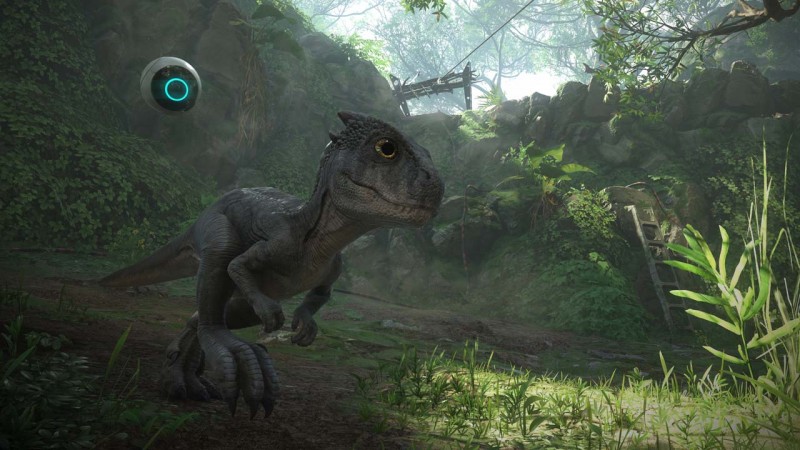 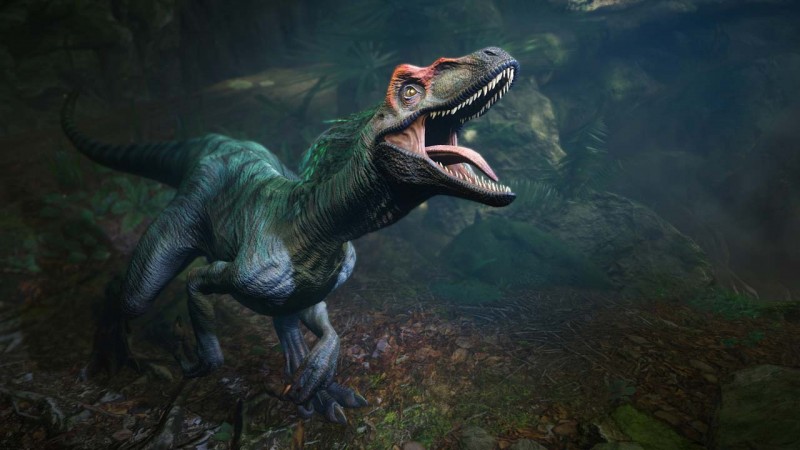 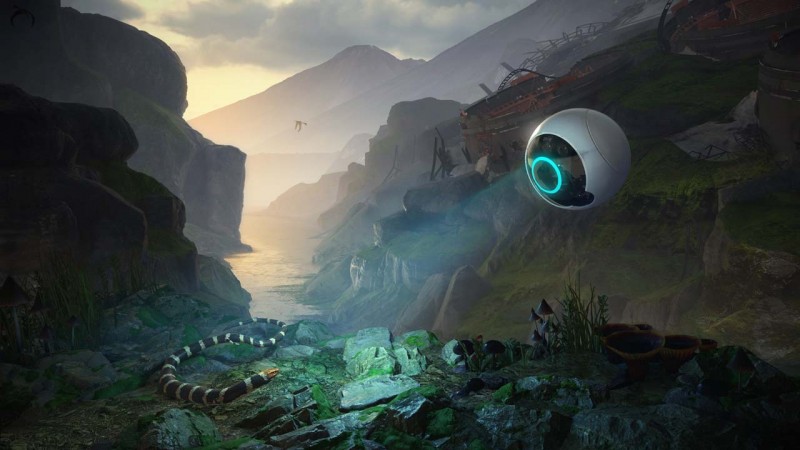 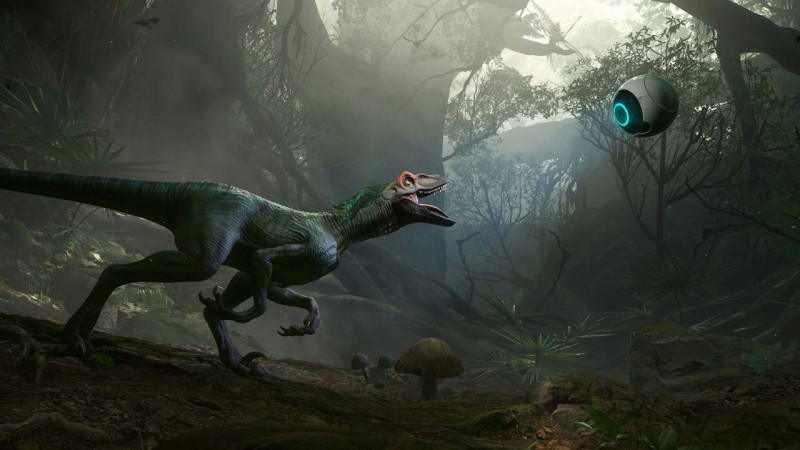 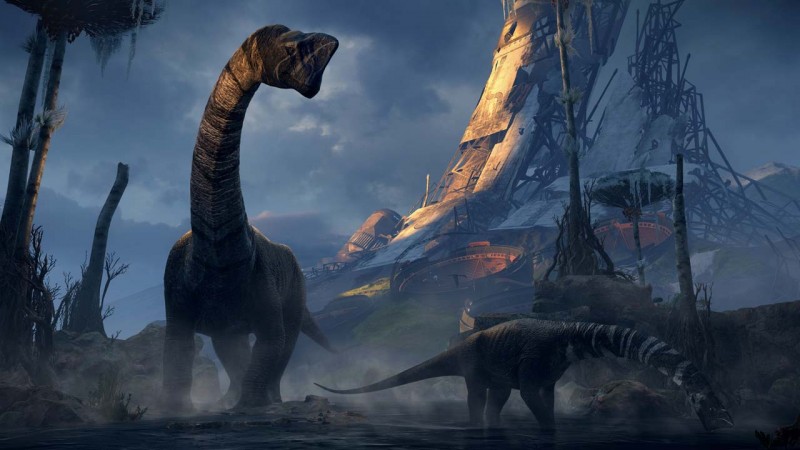 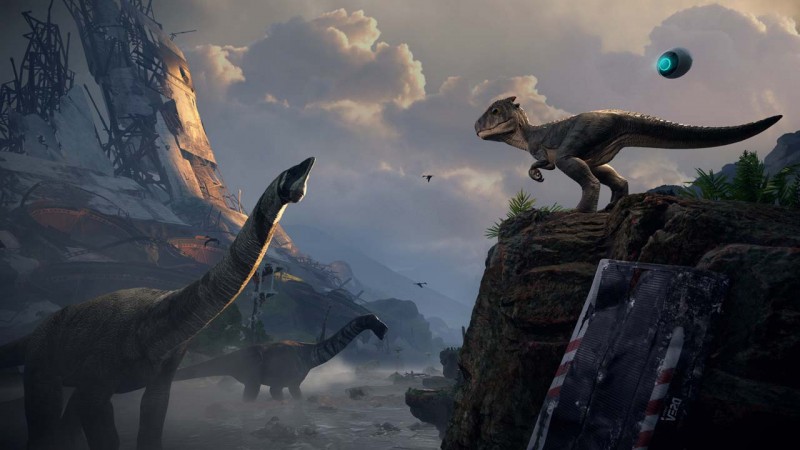 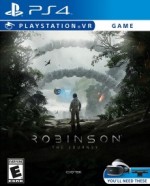 Endure a dull story and shallow gameplay, but look at neat dinosaurs in VR along the way.


Purchase More Info
5
i
Game Informer's Review System
Concept Endure a dull story and shallow gameplay, but look at neat dinosaurs in VR along the way
Graphics Visuals are good for PlayStation VR, but don’t hold up as well across the entire spectrum of potential VR platforms
Sound From the music to the voice performances, the audio does its job but doesn’t excel
Playability Climbing and telekinesis controls don’t work well, making your most basic interactions frustrating
Entertainment From the narrative to the puzzles, no part of Robinson: The Journey pays off
Replay Moderately Low