Video games have a wide-open space waiting to be filled with non-traditional protagonists and mature themes. The drunken anti-hero at the heart of Risen 2 is a fine fit, with often-amusing dialogue and superb voice work. The world he reluctantly saves is a fantastic realization of the myths of the Age of Sail. Games still need to be played, though, and the complete failure of Risen 2’s combat system makes this a difficult story to get into.

Our hero wakes up with a hangover months in the making, missing an eye and full of irritation at the ungrateful citizens of the world he saved in the first game. Rescuing a comely pirate lass from sea monsters and being sent undercover to uncover a conspiracy among pirate lords seems like a wonderful start to a grand swashbuckling adventure. Unfortunately, the first rough edges show up immediately after this tutorial section ends and the nameless protagonist makes his way, barefoot and shirtless, into the first portion of the story proper.

While the writing stays above-average through the course of the adventure – our hero has no patience for fools or anyone who expects him to do much besides lay about and drink, and loudly proclaims such in amusing fashion at any opportunity – the crippling problems with combat begin right away. Sent into the jungle to kill boars, the player may well find himself locked into a hit recovery animation and killed with no recourse. Practically every other action game in the world would allow you to experiment with dodging, blocking, ranged attacks, and/or consumables. Not Risen 2; your only option is to mash on the attack button and hope that the awful enemy AI decides to run in circles or do nothing while you slowly chip away at your enemies’ health. Some combat options like power attacks eventually get unlocked through the classless character progression system, and your inventory is soon clogged with useless one-shot items, but even the best of them – the timing-based parry/riposte system – is only useful in the narrow case of fighting a human opponent one-on-one. The overwhelming problem of any incoming damage sending the player into long hit recovery animations makes any group fight a crapshoot, and monster attacks are totally unblockable to start with. Dodging is practically impossible with no quick-dodge button and the hero’s agonizingly slow acceleration from standing to sprinting.

The hero’s vast ineptitude for the first dozen or so hours of gameplay is baffling. The simplest acts require leveling up and spending a relative fortune on training. Lockpicking, for example, remains well out of reach for hours. Garden-variety enemies counterattack you to death over and over before you have the opportunity to learn the skill yourself. One entire branch of abilities – voodoo magic, which to be honest is largely useless anyway – is effectively locked off until the third island at the earliest. Crocodiles still murder you with ease even after a fair bit of leveling up, but being outclassed by the lowest recruit or warthog for large portions of the adventure is just sad. The solid role-playing portion of the game is the only thing saving Risen 2 from an even worse fate. More genuine choice in quest outcomes and richer interactions between characters would have been welcome, but the strong dialogue, gorgeous world, and occasional innovative or unusual mission are enough to carry the day. Working a chain of bribes, lies, and intimidation to create an opportunity to rob a disgustingly wealthy rum baron is great…until you inevitably get in another fight a few minutes later and the frustration starts all over again.

Interacting with the world is minimal at best. Sneaking is hardly used, which is for the best since it appears to be nothing more than staying out of the perfect 180-degree field of vision of guards with no regard to shadow, sound, or obfuscation. Crafting is a shallow money sink barely a step beyond just buying the items from vendors. Books scattered across the islands tell intricate stories about the supposed resting places of legendary items…which turn out to be sitting in merchants’ inventories with absurd price tags.

Seeing the promise that occasionally shines through Risen 2’s many flaws is disheartening. Collecting crewmembers could have been great, if they were any more than occasional quest objectives and distractions in combat. The animations for parries and counterattacks are wonderful in the five percent of fights where you get to take advantage of them. The world itself is stunningly beautiful at times, but content players are able to interact with meaningfully is thin on the ground. As much as I wanted to love it, Risen 2 ends up as another entry in the long list of games with a great premise, a few interesting ideas, and an unforgivable anchor dragging the whole thing down. 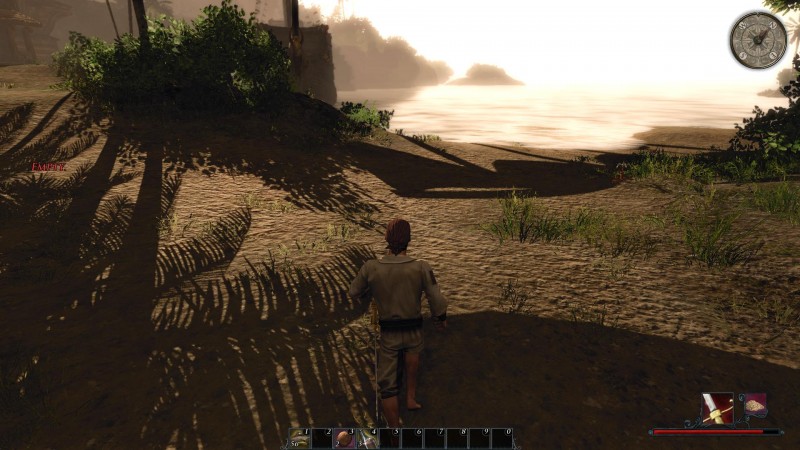 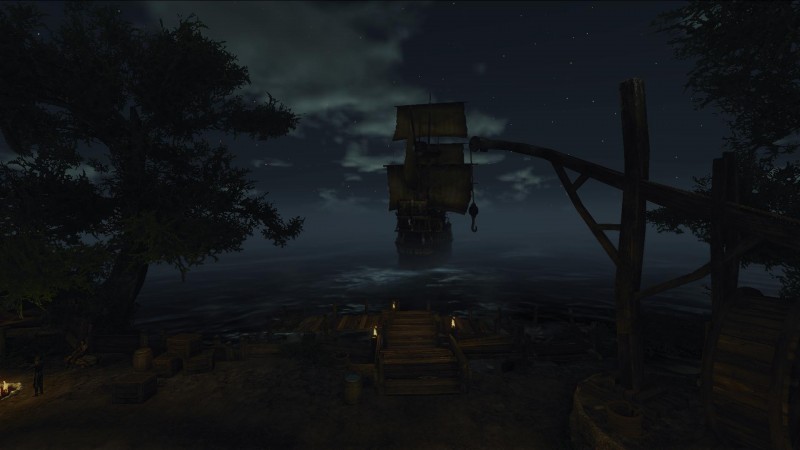 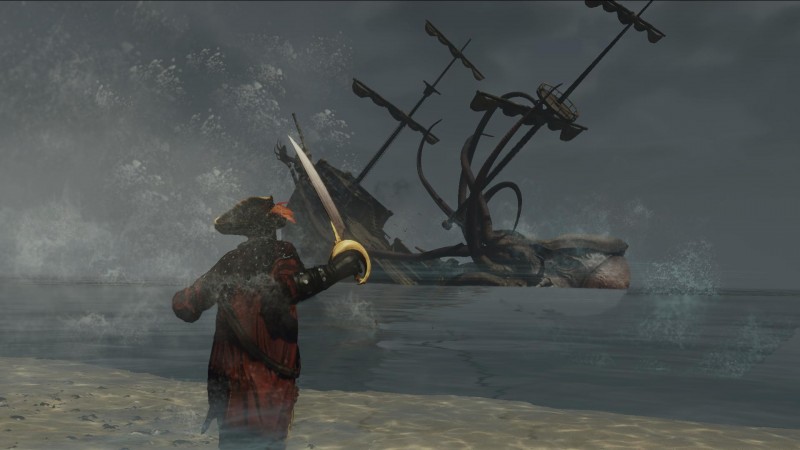 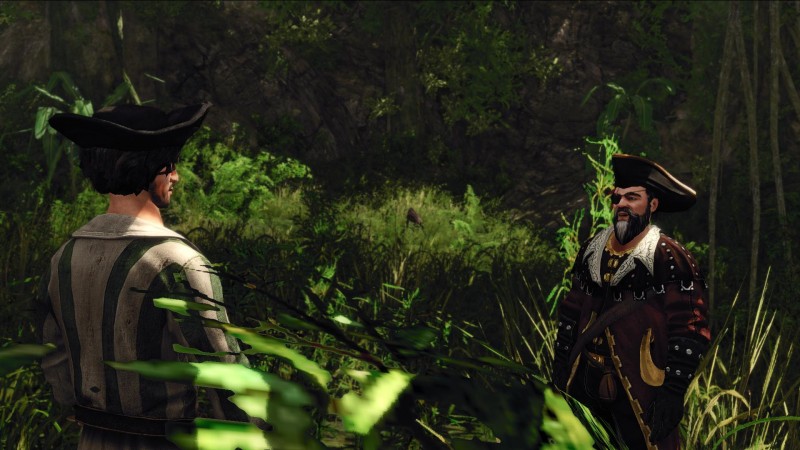 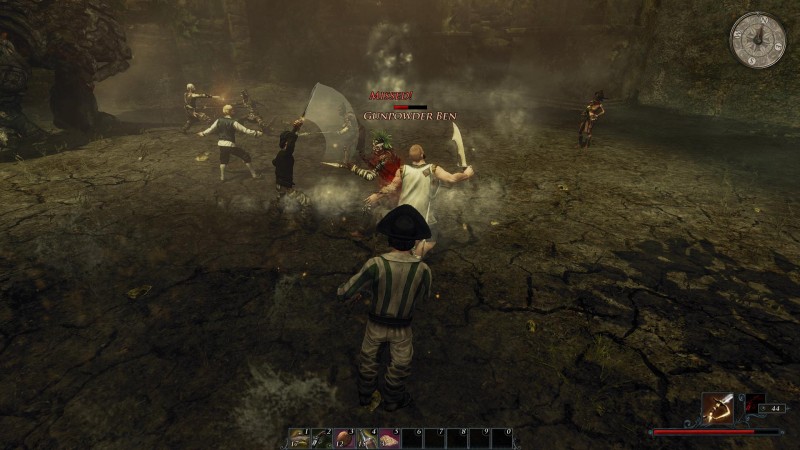 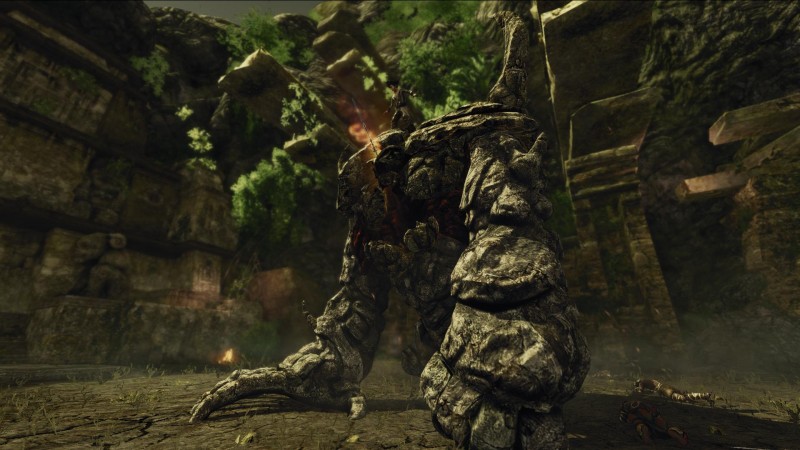 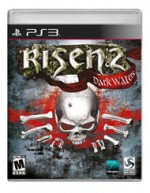 The complete failure of Risen 2’s combat system makes this a difficult story to get into.

Purchase More Info
6
i
Game Informer's Review System
Concept Powered by alcohol and snark, round up a pirate crew to help save the world from rampaging elder gods
Graphics The hand-crafted environments are lush and detailed, but character models and animations range from excellent to awful
Sound Much of the voice acting is top notch, but battle effects lack punch. The score is bland and inoffensive
Playability The awful combat isn’t a function of control or interface so much as an abject failure on a design level
Entertainment Having to hold your nose through the combat sections is an unfortunate necessity in order to experience what good bits are here
Replay Low