Balancing the kind of freedom that western RPG series (like The Elder Scrolls) are known for with a directed narrative is tough. Risen developer Piranha Bytes, best known for its long-running Gothic series, has been doing this for a long time. This latest effort skillfully walks the tightrope without the crippling bugs that Gothic has often launched with, and delivers an RPG experience worth exploring.

As a castaway on an island beset by all manner of supernatural threats, players must find their own way through Risen’s hostile world. The gameplay itself is very much third-person Oblivion, with block-and-counter melee combat complemented by a selection of ranged and magical options and a world stuffed full of items to grab. By dedicating yourself to some mix of martial and magical study, you’ll cut your own bloody path through the horrible events afoot. Risen does an outstanding job of allowing players to feel smart by finding alternate solutions around most challenges; do you turn a stolen artifact in to the fascistic authorities, fence it for some much-needed coin on the black market, or give it to the part-mobster part-patriot resistance movement to earn their trust?

Each path has genuine consequences; picking sides will deny you access to some vendors and trainers while opening other, unforeseen doors. Avoiding conflict and trying to find a middle ground is a viable path as well. Not ticking anyone off has a certain value, but with no true friends you may find yourself without valuable allies later on. I felt in charge of my own destiny to an impressive degree in my time with Risen.

Risen boasts dialogue, characters, and voice acting as believable as anything in any form of media. Judicious use of curse words and adult themes like prostitution and poverty grounds the story without being sophomoric or tawdry. Most NPCs you meet act and react according to their own personal goals – their personalities feel genuine, despite being scripted along branching event trees. These well-written interactions, along with a world and plotline that has sometimes-brutal consequences, present a convincing illusion of a self-directed story.

One scenario that you’re likely (but not guaranteed) to encounter along the main plotline involves a set of sought-after ceremonial armor plates that are in the possession of a few dockworkers in a downtrodden harbor town. These guys have done you no wrong. They’re just trying to make a buck to literally feed their families when they offer to sell you their loot for a few hundred coins. You probably don’t have much cash, though, and the people that want these armor plates can do you favors well beyond the means of these poor schlubs. You can ambush them at night and take the goods, making them and their friends justifiably upset with you. You can come back later after busting your hump to make the money they’re asking for by means honest or shady. Alternatively, you can move on with your life and leave them to find another buyer. The genius of Risen is that any of these approaches has advantages and consequences. There is no “right” way to do things, just the way that you choose, which in turn shapes your story moving forward.

For all the artistry on display (and the presentation matches the fantastic story), Risen’s lack of polish can be off-putting. Combat is poorly balanced and executed, leading to a lot of quicksave/quickloads when catastrophe strikes through no fault of your own. The interface works, but leaves much to be desired when it comes to tracking the game’s many intersecting quests. Character progression is nothing to envy; assigning skill points and gaining levels is a bland approach to take. Nobody will be awarding Risen any trophies on its technical merits. Is that why you play an RPG, though? Or are you in it to explore a story in which you have genuine input over the outcome? Risen can be awfully frustrating on a technical level (though rarely broken, like Gothic 3 before it), but it’s a *** good RPG.

8.5
About Game Informer's review system
Concept
Explore a high-fantasy island in distress in this third-person RPG
Graphics
Environments are second to none, with lush jungles, dirty cities, and foreboding caves providing fascinating high-adventure backdrops. Faces have a weird zombie thing going on, though
Sound
There’s voice for everything, and it’s good! The orchestral score fits the game’s various moods as well
Playability
The timing-based combat is poorly balanced and barely engaging. Interacting with the world works beautifully, though
Entertainment
This is the anti-Diablo – lame action, but great story, characters, and setting. Know what you’re getting into and you won’t be disappointed
Replay
Moderately High 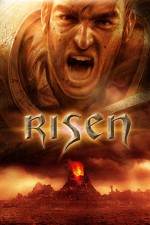