I have to hand it to Sega for being the first to try and make a genuine, full-length action game for Kinect. When everyone else is doing minigames, dance sims, and fitness titles, this team stepped up to the plate and took a risk. But perhaps the reason no one else has done it so far is because they tested it out and it didn’t work.

Rise of Nightmares follows Josh, who’s traveling through Europe on a train with his wife, Kate. Josh is apparently an alcoholic who gets busted when he drops a flask. Disgusted with his actions, Kate runs off. This booze dependence never comes up again. Instead, monsters kidnap Kate, the train crashes, and you have to make your way through an ominous castle owned by a mad scientist to save her.

While Josh is exploring, you’ll be standing upright for the entirety of Rise of Nightmares, which lasts six to seven hours. Fatigue becomes a problem, so I recommend grabbing a seat and resting every once in a while. To get around the castle, you have to put one foot forward to walk and twist your shoulders to turn. I got better at this over time, but it never feels natural or precise.

Fortunately, Sega has a backup system in place that allows you to automatically walk along a predetermined path to the next objective. I used this whenever possible, but the body gesture you use (holding your right arm up like you’re holding a serving tray) eventually adds shoulder soreness to your already tired legs. Specialized movements like swimming or ducking out of the way of a trap add variety to your movements.

The combat controls compare favorably to the rest of Rise of Nightmares. You pull your hands up like a boxer to target foes and swing at them with whatever hatchet, pipe, or garden tool Josh happens to be holding at the moment. Enemies are mostly reanimated corpses with some metal limbs replacing natural body parts. You can swipe vertically or horizontally and aim at the soft, organic parts to do more damage.

While the combat feels good, the defensive moves are very one-sided. Holding your arms up blocks attacks from all around and makes you nearly invincible. The only time things get rough is if your weapon breaks while you’re surrounded by undead. Weapons break constantly, so you’re always grabbing something new, including rare projectile explosives and sharp objects. Barehanded punching is incredibly weak, so I often kicked guys away and ran off to find a new weapon.

Picking up weapons during a fight is a huge hassle. You have to stop blocking, hold up your arm, hope the Kinect recognizes your hand quickly, aim the hand icon at a weapon, and pray the “interact” ring fills up before someone takes a swing at you. If they land a blow, you have to start the process over again. Even if you try the kick and run technique, you have to deal with the exact same hassle when interacting with doorknobs to open doors. The energy blast projectile you get in the latter part of the game helps prevent this situation, since you can blow up groups instantly with one satisfying shot.

Boss fights break up the insert key/walk/hit bad guys gameplay loop, but they’re incredibly easy. You can run up and bash them like normal enemies, and any time they perform a special attack you get an onscreen warning (like “Sidestep!”) that informs you how to dodge it and a long window in which to perform said action. The final boss actually gave me a workout, however, and almost felt like a Punch-Out!! fight. If I had realized sooner that you don’t have to charge up your energy blast fully before shooting it, I would have saved myself a lot of sweat. More fights like this would have been welcome.

For better or worse, Rise of Nightmares doesn’t support a standard controller. Even if it did, the game would still be just as guilty of blandness. Combine this sin with the constant control struggles, and it’s tough to recommend this game for even the most desperate Kinect owner. 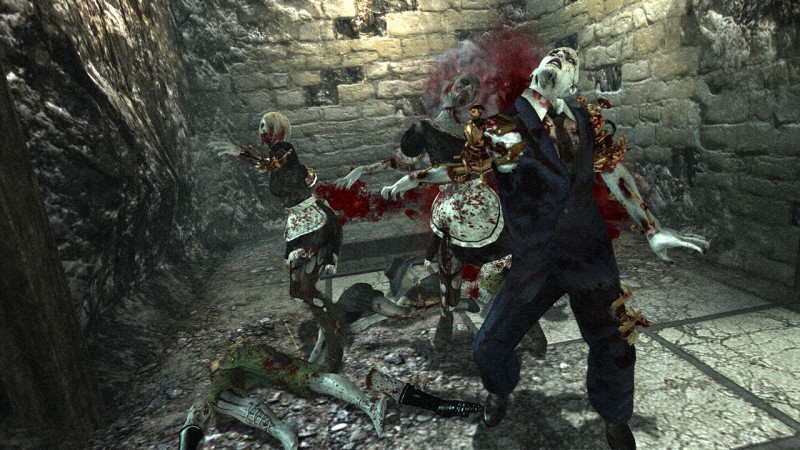 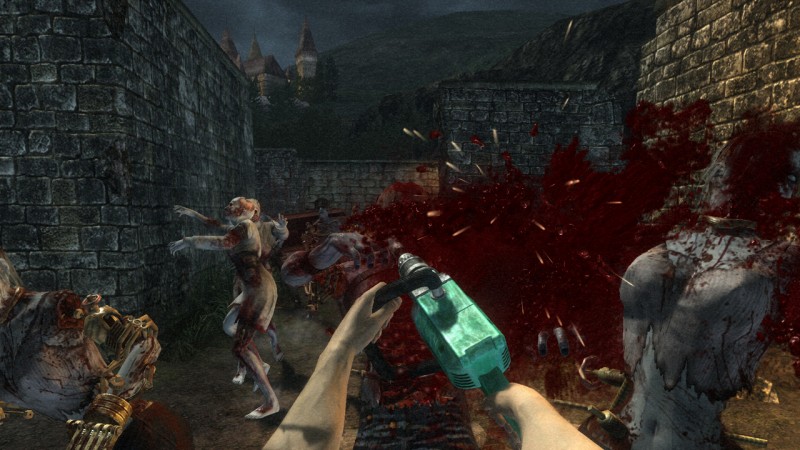 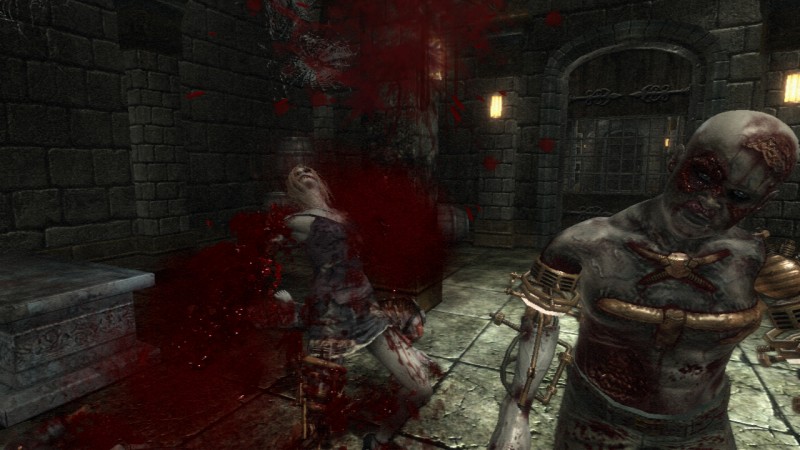 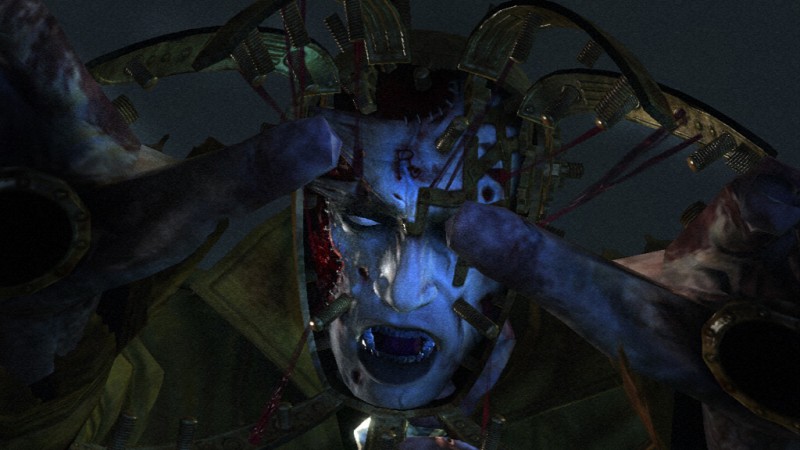 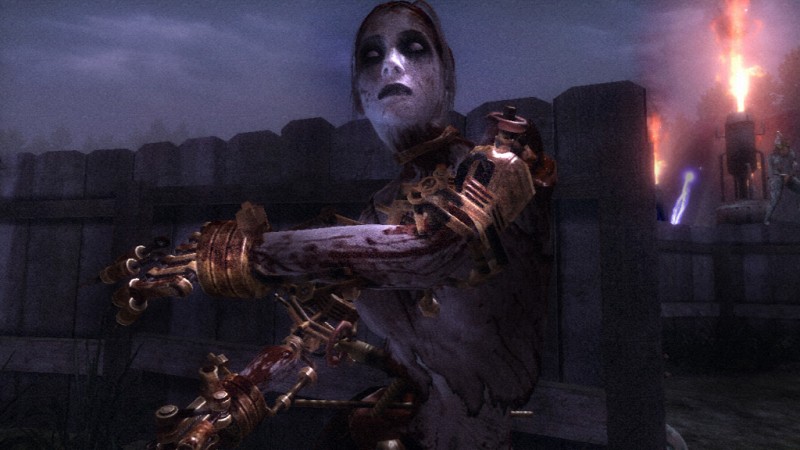 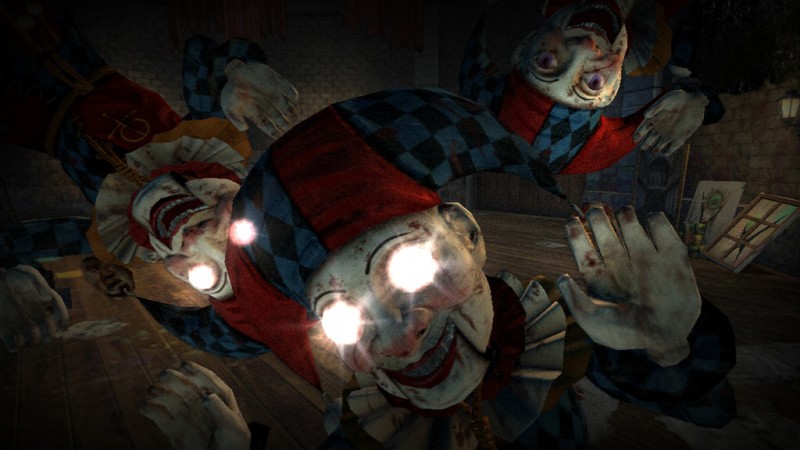 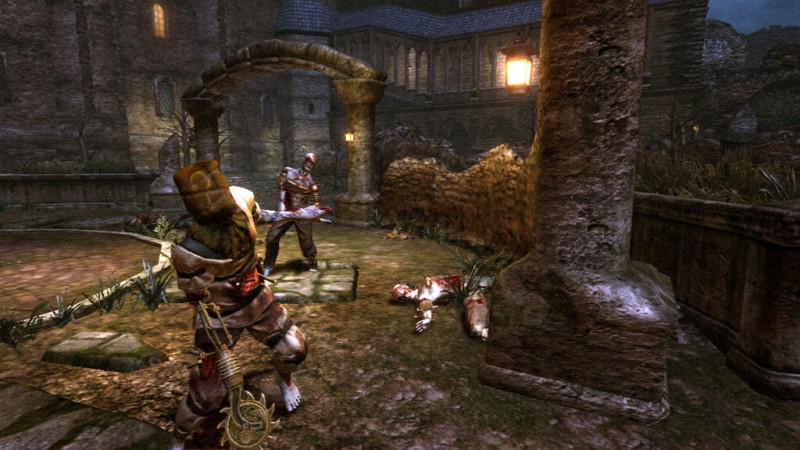 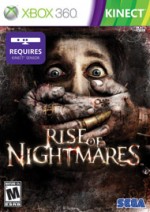