Not For The Weak Of Stomach
by Kyle Hilliard on Oct 14, 2016 at 10:33 AM
Publisher: Sony Interactive Entertainment
Developer: Guerrilla Games
Release: October 13, 2016
Rating: Teen
Reviewed on: PlayStation 4 Rigs has been a center point of PlayStation VR’s lineup of games and its marketing for a few reasons: It’s a PlayStation VR exclusive, developer Guerrilla Cambridge has ties to the creators of Killzone and Horizon Zero Dawn, and it represents an online multiplayer experience that would feel different outside of virtual reality. I had some motion-sickness problems, but Rigs has the potential to be PlayStation VR’s premiere multiplayer game.

Rigs is a member of the growing subgenre of sports video games that have an unreal slant. It stands alongside games like Rocket League and Videoball by feeling more like a competitive sport than a shooter, despite the presence of exploding mobile mechs (called rigs, here) with guns. You play as a rookie pilot in the Rigs sports league, which pits an assortment of bipedal rigs with a range of differing abilities against one another through a number of different game types.

In virtual reality, you control your aim by moving your head, while the left stick on the controller handles movement. You do get the sense you are controlling a big robot, especially when you move your head to your left and right and take a closer look at your guns, or your view is obscured by the machine’s shoulder as you try and figure out what’s firing at your back. All PlayStation VR games struggle with the headset’s reduced screen resolution, and Rigs is no exception. The rigs look nice, however, and even though the gameplay arenas are small, they have a good sense of scale and offer beautiful vistas when the action slows down enough for you to take a look.

When you start Rigs, a big disclaimer appears announcing it is meant to be played in short bursts, at least initially, and that’s advice you should take. I slowly built up a tolerance to Rigs’ fast-paced action, but my first few matches left me feeling ill. It does its best to help minimize nausea by limiting your field of view when looking around quickly and cutting to black when you get destroyed and eject from your rig, but it’s not quite enough. I was typically only able to play a few rounds before needing to take a break. In follow-up sessions I fared better, as I learned what to avoid and how to play smoother, but it takes time. Once you learn how to avoid the nausea, what you are left with is a fun competitive game. During the match, you can divert power to one of three modes. One mode heals you, one mode speeds you up, and one mode increases your damage output. Each mode is mapped to a face button so switching between them is frequent, and it changes how you approach each encounter. Activate speed to get to the fight, turn up your damage output to take out the competition, and then switch to heal mode (if you won). It keeps things interesting moment-to-moment without over-complicating the core mechanics.

The three match types also do a good job keeping things from feeling repetitive. Team Takedown functions like the standard team deathmatch – you and your team need to blow up the opposition as much as possible. Endzone places a ball in the field, which must be passed through a goal. Powerslam is my favorite. When you perform well in general combat, overdrive is activated, which means your healing, speed, and damage output are all maxed out temporarily. The only way to score a point in Powerslam is to have overdrive activated while leaping through a goal, usually placed in the middle of the field. Each game type is distinct and offers different tactics, and I never found myself dreading one popping up over another while playing through the offline tournaments.

Your main incentive, outside of simply winning, is unlocking new cosmetic gear and rigs. Four main chassis options distinguish the different rig types. They cover the slow but powerful and well-rounded playing methods, but you can also play as a rig that can float above the arena and one capable of double-jumping. Classes add more wrinkles to the chassis options by adding options like leaving a bomb behind when you die, or offering a health boost to your team by getting close to them. Each each rig feels distinct and I enjoyed trying out each chassis and class. I also liked how the rewards system is set up, which allows you to choose what rewards to chase before each match  – such as trying to score five melee kills or getting MVP.

Online play works well, despite being at the forefront of a new technology. Matches are easy to find, and I encountered no more lag than the average online shooter. Before each match, you and your team are placed into your rigs by small flying robots. I never got the sense, however, that I was standing in a virtual space with other players, as everyone uses the same canned “Let’s do this!” animations.

Rigs offers a mechanically simple, easy to grasp, and fun-to-play digital sports game. The nausea factor, however, absolutely has the potential to deter players. I could feel it in my stomach almost every time I dropped back into the area after being taken out, and though it did get better the more I played (with frequent breaks) it still made me pause and take a deep breath every time I put the headset on. 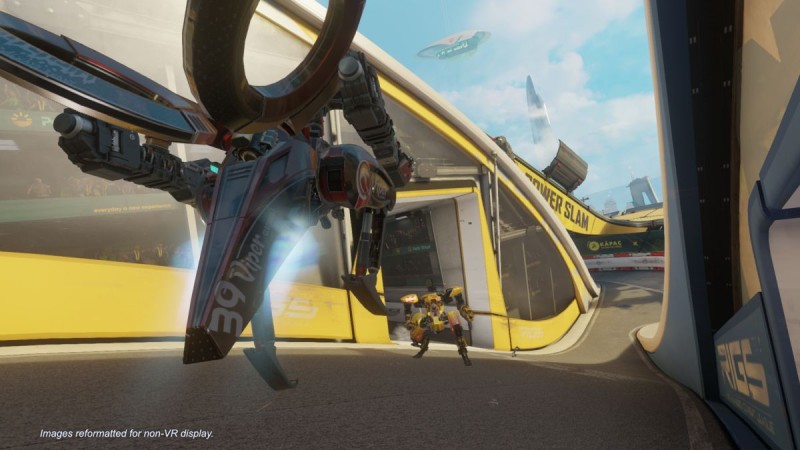 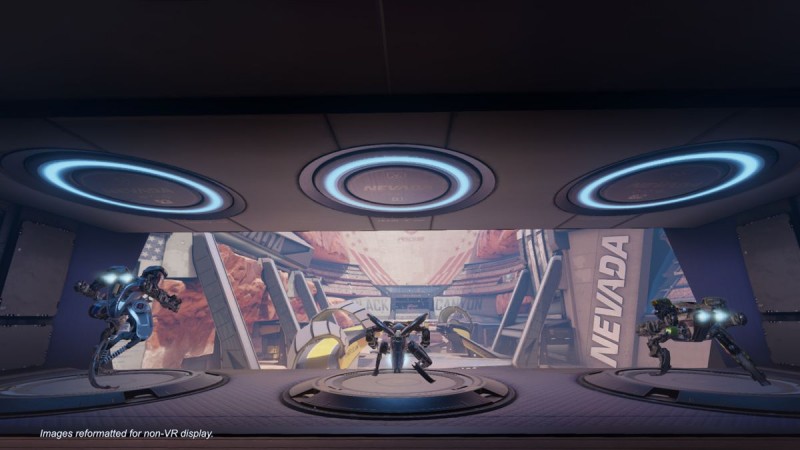 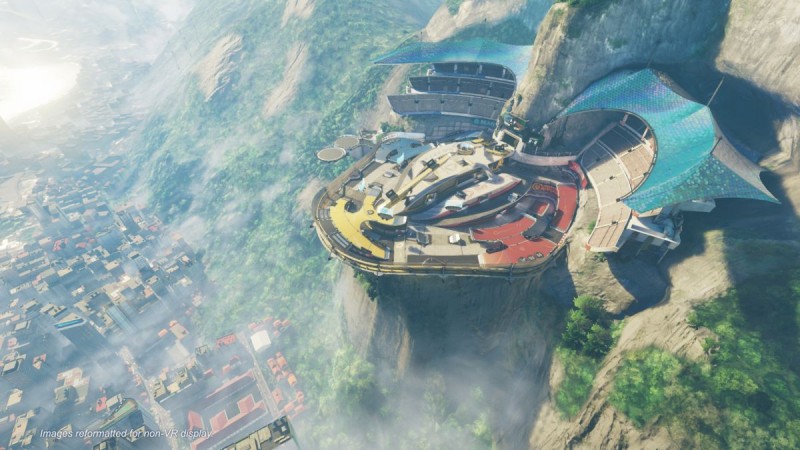 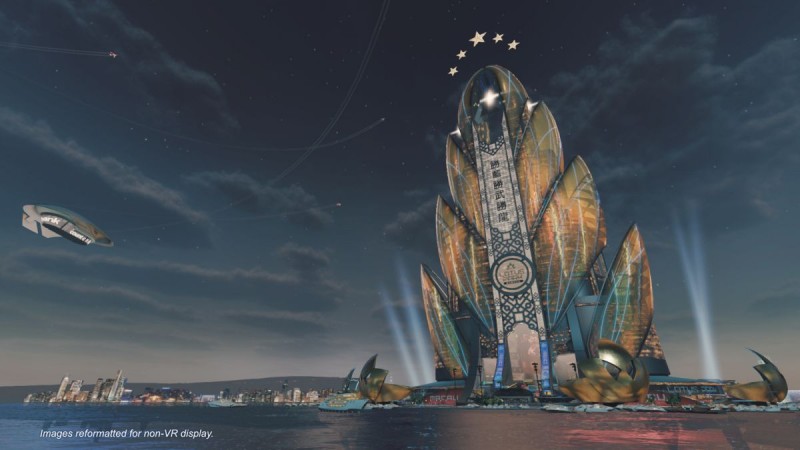 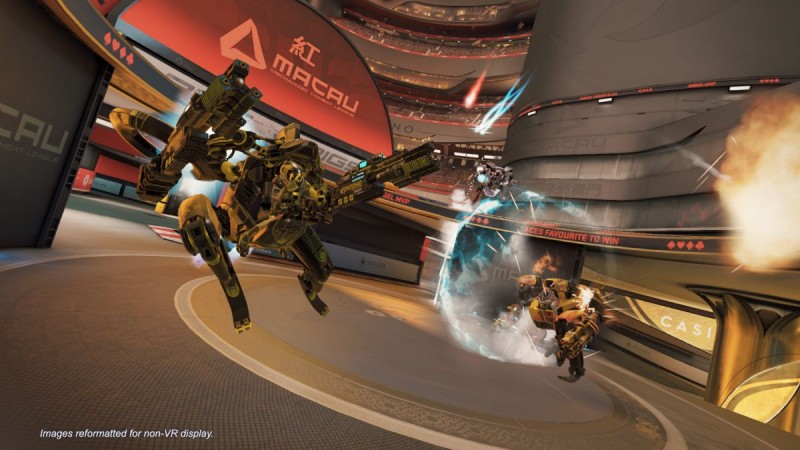 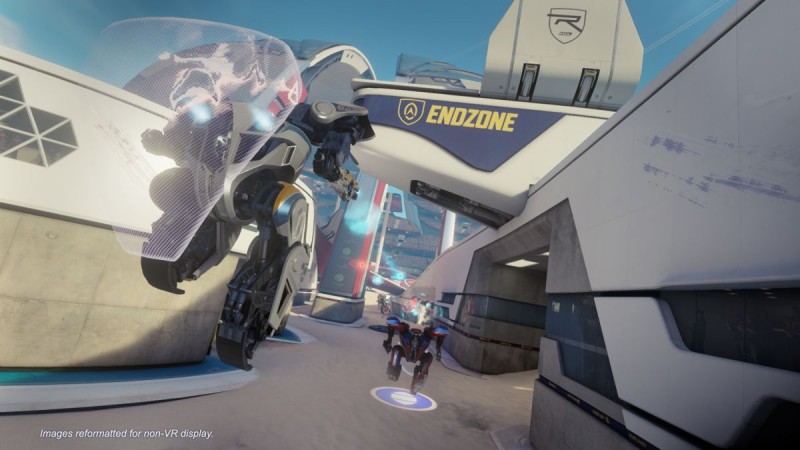 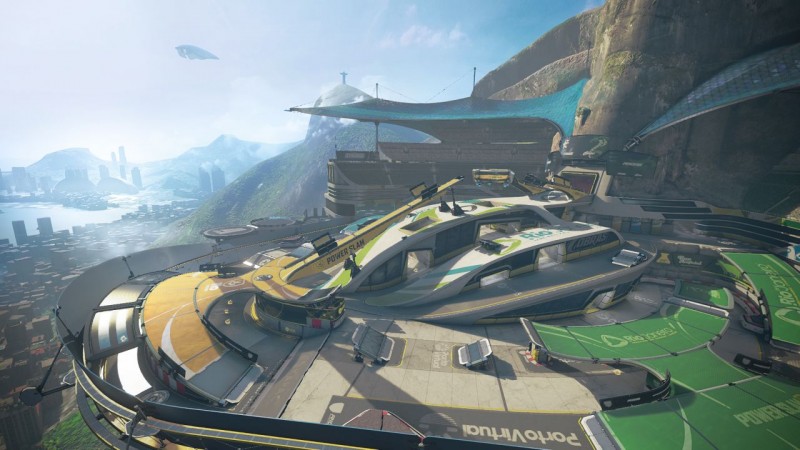 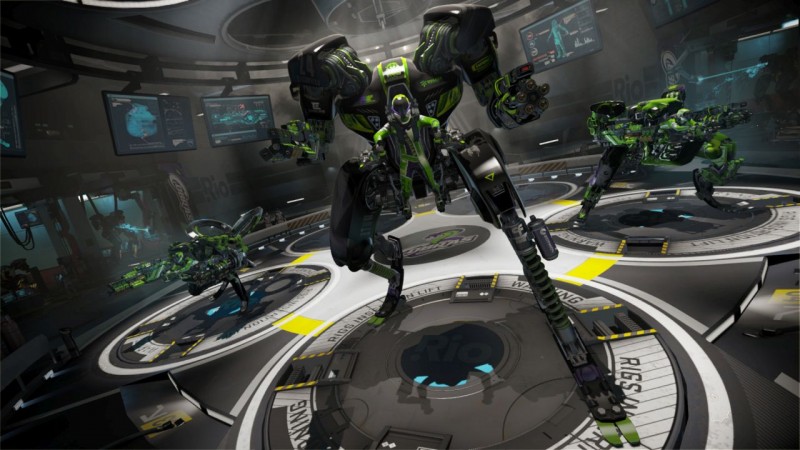 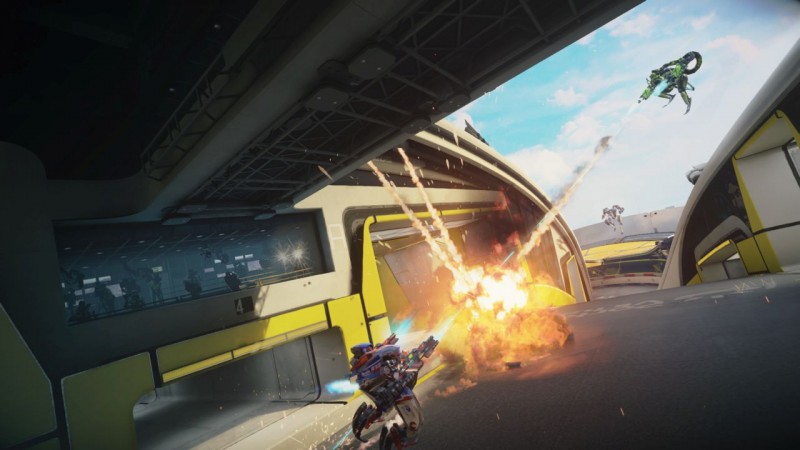 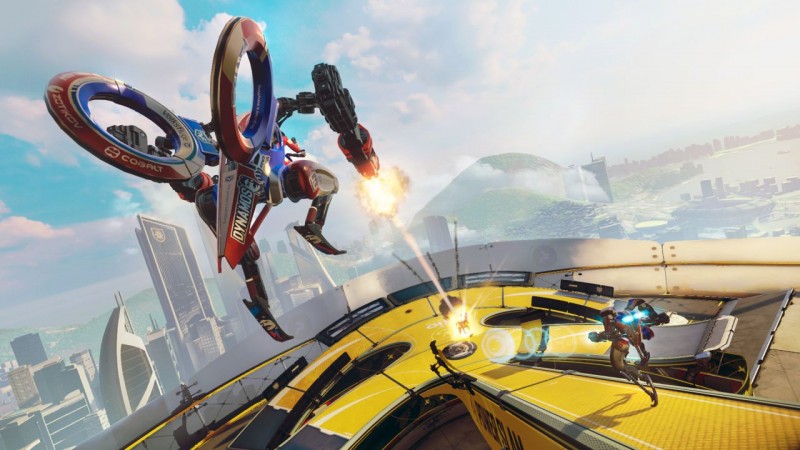 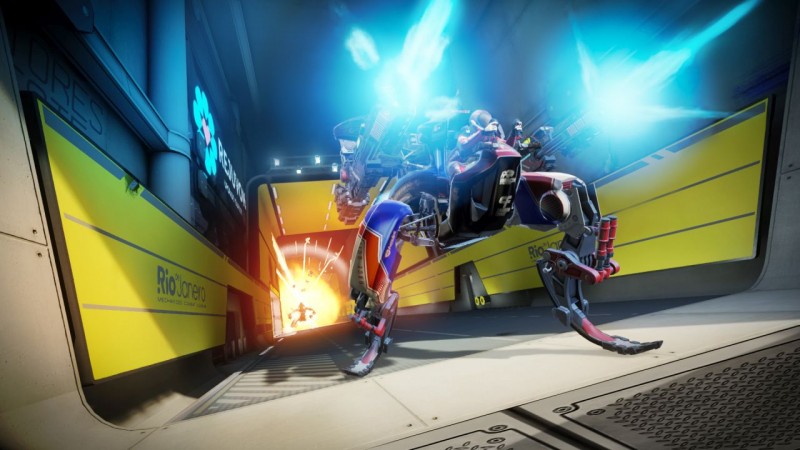 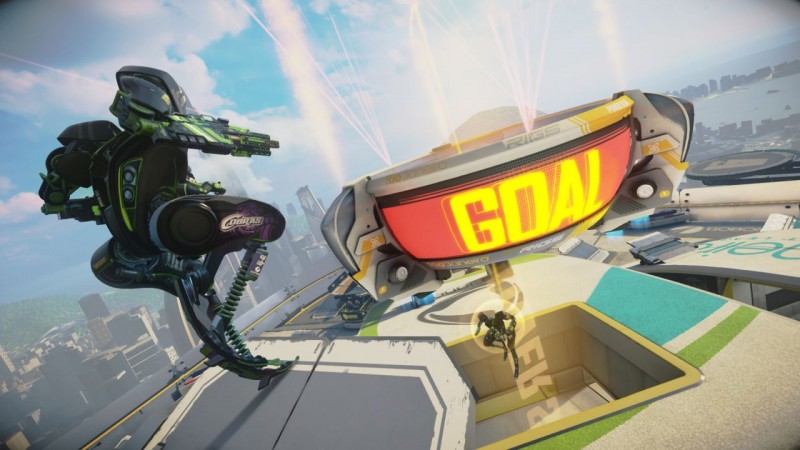 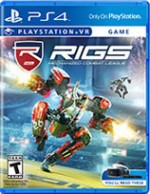 Rigs offers a mechanically simple, easy to grasp, and fun-to-play digital sports game, but motion-sickness can be a problem.

Purchase More Info
7.25
i
Game Informer's Review System
Concept Hop into a bipedal robot and try to blow up other bipedal robots in an arena-sports setting
Graphics PlayStation VR muddies the details, but the rigs look great and hold up to close inspection. The arenas are clean and stylish
Sound The orchestration is reminiscent of the music used in the Marvel super hero films and it helps elevate the action. The announcers and narrators are helpful without being obnoxious
Playability I had to take breaks from Rigs after almost every round as I recovered from motion sickness, but the rigs control well. Sprinting through the arenas and using your vision to aim feels fast and fluid
Entertainment Rigs has motion-sickness issues (which may not be the case for all players) but the core arena game is a lot of fun, which makes this one of PlayStation VR’s strong early experiences
Replay High