A Ridge Racer title in a console launch lineup is nothing new, so it should come as no surprise to see the series debut alongside Nintendo's newest portable. Considering the only racing alternative on the system is the lackluster Asphalt 3D, Namco's long-running series doesn't have much competition in the genre at this early point in the 3DS lifecycle. Ridge Racer 3D doesn't do anything to revolutionize the series, but its fundamentals are solid enough to satisfy genre fans until something a little fresher comes out.

Grand Prix is the primary single-player mode, and has you competing in a series of tournaments to earn points. These points can be used to purchase new vehicles as they become available or upgrade your current rides with nitrous kits. Progressing through this mode doesn't feel like anything new, as we've seen this numerous times in the series' past.

If you want to get a bite-sized version of the Grand Prix experience, you can select Quick Tour mode. After entering your desired length of time, course type, and car category, the game generates a series of races. This mode works well for a portable, especially if you have limited time on a plane or bus ride.

Steering feels great on the circle pad, and the series' signature drift-based gameplay makes its unsurprising return. A new option allows for one-button drifting, which lets you control the turns with a dedicated button rather than feathering the accelerator. Having several options never hurts, but I found myself strongly preferring the classic method.

Friends with the game can take you on via local multiplayer, and you can put your points on the line during Risk Races. Even if you're not actively playing the game, your 3DS can swap ghost information with your friend's system thanks to the StreetPass functionality. Without even turning the system on, you can have access to your buddy's best times and ghost data so you know what you're up against even when they're not around.

Since the gameplay doesn't differentiate itself much from previous installments, the 3D effect is the big selling point for this entry. When the effect is turned up significantly, I found that my eyes oftentimes shifted out of focus when glancing back and forth from my car to the road ahead. I typically don't like to play racing games in first-person, but I switched to see if it lessened this annoyance. Sure enough, the 3D effect looked better and upset my eyes less once placing the camera in the driver's seat. If you want to crank up the 3D on that fancy new system of yours, I'd suggest you do the same.

Ridge Racer 3DS is a perfectly competent racer, it's just one that doesn't do anything new. If you prefer an old-school arcade racing experience (like Daytona 500 or Sega Rally) over more realistic alternatives (Forza, GT), then this should satisfy early 3DS adopters. 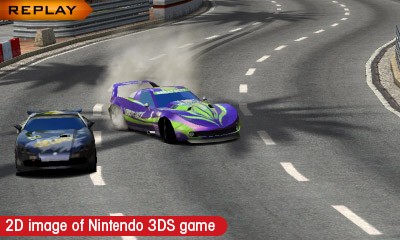 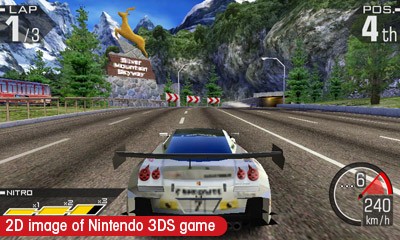 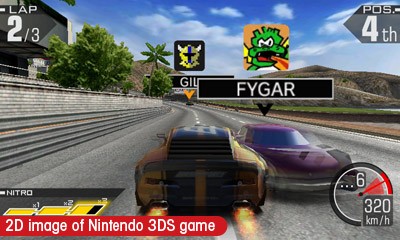 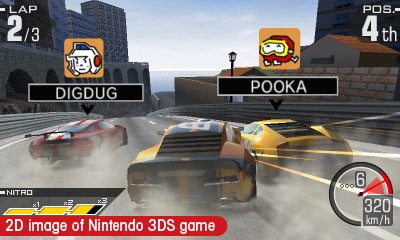 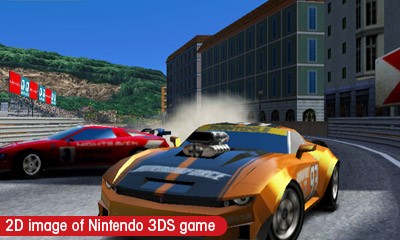 7.25
About Game Informer's review system
Concept
Give 3DS owners their first notable racing title
Graphics
3D can play tricks on your eyes when viewing the car, but switching to first-person makes a significant difference
Sound
Generic hyperactive techno plays throughout your laps
Playability
The circle pad performs admirably, and the drift-based gameplay is still fun
Entertainment
A tournament ladder Grand Prix mode seems a bit too bare-boned, but the racing action is solid
Replay
Moderate