My first ten seconds with Ride To Hell: Retribution did a fantastic job of setting the tone for what to expect going forward. After the opening load screen disappeared, I was shown a three-second snippet of a motorcycle wheel spinning. Without any warning, the game shifted to a view of my character’s backside as he manned a turret. I had no idea where my motorcycle went, and the game gave me no indication of what was happening. Within seconds, the camera glitched out, faced down into a pool of blood, and I was informed that I had failed the mission. Completely baffled as to what was going on, I reloaded the checkpoint. Had I missed a cutscene that gave some context to the situation? I managed to get past this section on a fluke several attempts later, but this awful opening is anything but a fluke. Retribution consistently impressed me with its ability to be absolutely terrible at every single thing it does.

With the variety of gameplay available, it does seem that developer Eutechnyx had some ambition at some point with this title. Retribution features hand-to-hand combat, frequent driving sections, varied boss fights, a hub world, and plenty of shootouts. Despite this supposed variety, it only takes about 15 seconds of playing any of them to realize that every part of this game is barely functional.

Retribution features every core flaw that it could possibly have. Driving controls are terrible, gunplay is loose, checkpoints are inconsistent, boss fights can be easily cheated, awful quick-time events abound, the backgrounds are riddled with glitches and pop-up, the character models look atrocious and awkward, the enemy AI is mindless, and the story is terribly written and voice-acted. These elements make for a pretty bad video game, but Ride To Hell: Retribution manages to go above and beyond in its pursuit of awfulness.

Just when you think you’ve seen all that can go wrong, it surprises you with another piece of absolute garbage. On more than one occasion, I was forced to restart my Xbox 360 thanks to a hard freeze. Protagonist Jake makes fun of an enemy’s ponytail, despite the fact that no one in the vicinity actually has a ponytail. Onscreen prompts have spelling errors. Vehicles feature hilariously bad physics, and many of them randomly explode. Objective indicators often do not actually indicate objectives. The hub world features literally three things you can do: buy guns, learn moves, and sell drugs. Cutscenes feature important textures that don’t fill in until over 10 seconds have passed. My weapons were randomly taken away from me when the game arbitrarily decided that they wanted me to use a specific melee attack in a boss fight. Load screens are lengthy and constant. Checkpoints will activate fractions of a second before dynamite instantly kills you. Instructions on hand-to-hand fighting are sometimes displayed while you’re in a racing level. The legs of enemy motorcyclists magically grow ten feet, causing you to compete against a freakish, convulsing giant. At one point, my entire body disappeared and I was nothing but a floating miner’s cap that could fire a gun. Oh, and there’s a tutorial screen that basically explains that any woman that you help out will automatically have sex with you and restore your health. Incidentally, when these sex scenes occur, all characters involved go through the motions fully clothed.

During Retribution’s 37 missions, there are times in which it does resemble an actual video game. On some occasions, you can move around and shoot enemies without a hilarious and game-breaking bug getting in the way of the experience.

With the exception of some Kinect and Wii games that flat-out don’t work, this is the worst video game I’ve played this console generation. Thankfully, it’s terrible in such a way as to make it absolutely hilarious to play. As I played, curious co-workers stopped by to gawk at its unbelievable ineptness. Ride To Hell: Retribution is awful, broken, offensive, ugly, poorly written, and a never-ending source of unintentional humor. 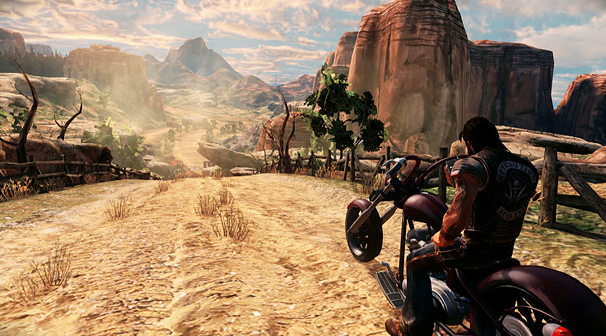 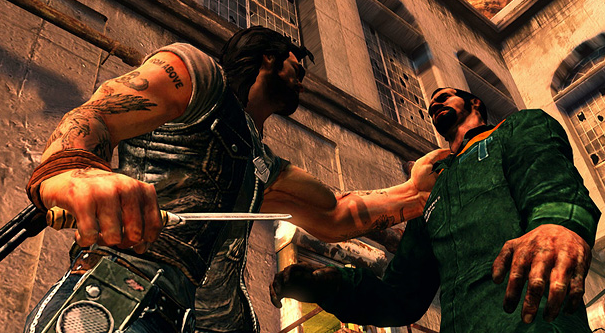 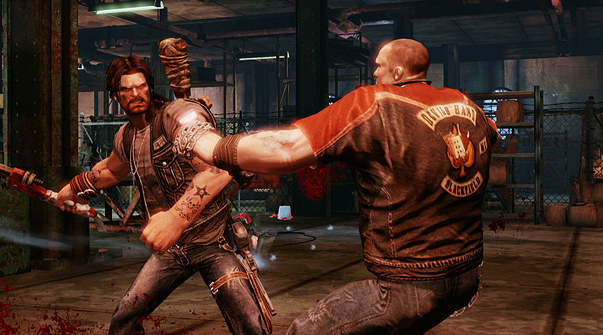 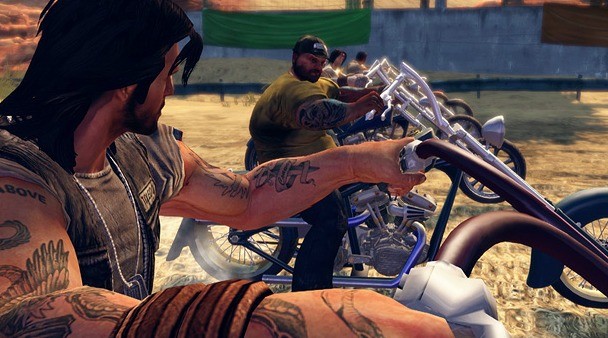 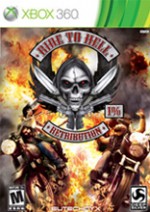 Purchase More Info
2
i
Game Informer's Review System
Concept Drive, shoot, and fight in a quest for revenge against a rival biker gang
Graphics Everyone’s necks are horrifying, and everything else looks like it’s from early last generation
Sound Constant loops of generic guitar riffs
Playability Not a single area of this game controls well
Entertainment As terrible as it is, I can’t deny that it’s hilarious to play and watch
Replay Moderately Low