The Backwards-Rhythm-Side-Scrolling-Shooter
by Kyle Hilliard on Aug 28, 2012 at 09:57 AM
Publisher: 24 Caret Games
Developer: 24 Caret Games
Release: August 21, 2012
Rating: Everyone
Reviewed on: PlayStation 3 Rhythm games saw a renaissance in popularity during the apex of Guitar Hero and Rock Band’s success. In recent years the audience for the genre has dwindled significantly, but that doesn’t mean that developers aren’t out there trying to do something interesting and unexpected.

Retro/Grade is about a savior of the universe who accidentally reverses time with a massive explosion. It may look like a side-scrolling shooter, but it moves backward as you must undo everything that led to the explosion. You dodge enemy fire coming from the left side of the screen as it returns to enemy ships, and you align yourself with the bullets you fired as they return to your ship, making it more of a rhythm game than a shooter. The concept is difficult to describe, but easy to grasp when you have a controller in hand.

The game begins with the end boss. It only takes a few shots, explodes, and then the credits roll. The credits barely scroll long enough for you to realize that the names sound fake when everything begins moving backward. The credits zoom in reverse, the handful of shots you fired on the end boss return to your ship, and the action begins in earnest.

Retro/Grade takes place on a horizontal scrolling track not unlike Guitar Hero, and even has colors corresponding to the familiar fret buttons on the plastic guitar collecting dust in your closet. You can use the controller and d-pad to move between the tracks to collect your bullets, or you can grab a duster and a guitar controller and use that instead. Using the guitar, each fret button corresponds to a track and you use the strum bar to collect your bullets.

On the lower difficulties I preferred using a controller. When you only have to jump between three tracks, using the up and down buttons to control movement alleviates the confusion of assigning a button to each track. In the higher difficulties, when you have up to five tracks, using a guitar controller is nearly a requirement. Progressing is much easier when pressing one button on a guitar instead of tapping the up button four times to move from the top to the bottom of the screen with a controller.

Despite appearances, this is a pure rhythm game that involves dodging enemy fire and collecting your own. The game is designed so that if you are successful at collecting your own bullets, you will automatically avoid enemy fire. By focusing the rhythm of the music, you can tune out the million things that seem to be happening on the screen at once and keep hitting your marks.

Alternatively, at certain times you just dodge enemy bullets, and in these scenarios you are not adhering to a rhythm, which is disappointing. When I am playing a rhythm game, I want every button press to be part of the music I am hearing. Moving between the tracks without being part of the music not only throws you off, but it sort of defeats the purpose of the game being so painstakingly set to music. Once you hit the higher difficulties, many of these sequences disappear, but at the normal difficulty, they happen frequently enough to be disheartening.

Retro/Grade only has 10 levels (and 10 corresponding songs), but each offers a multitude of difficulties, and the music is good enough that you look forward to hearing the same tunes as you replay levels. Each level features a short introductory story paragraph that I recommend reading. The story is genuinely funny, and it offers insight as to why the final levels are easier than the opening ones. These short paragraphs are easy to miss, so keep an eye out for them.

When you make your way through the campaign, or need a breather before moving up the difficulty chain, a robust challenge mode offers all kinds of unlockables, including tracks that you can remix slightly using in-game using turntables. You can also unlock art assets, cheats, and new playable ships. With challenge mode, you make your way along a map where levels have slight changes, or task you with achieving a certain goal. While this mode stills refers to the 10 levels you have likely already defeated for its assorted remixes, each challenge still feels distinct.

Retro/Grade is a weird but admirable attempt to rekindle the popularity of a genre that has fallen out of favor. Though its timing may be off, fans of games like Amplitude and Guitar Hero shouldn’t overlook this one. 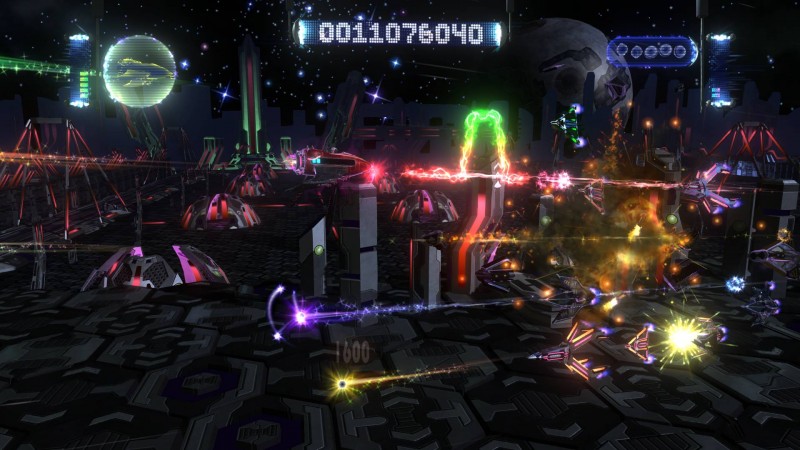 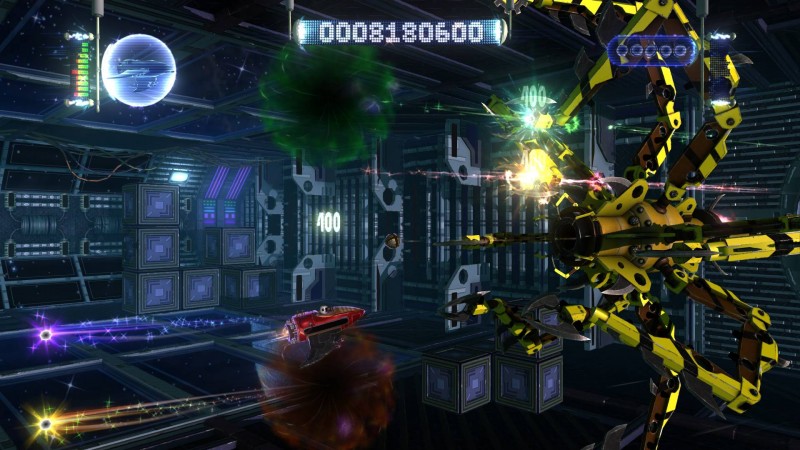 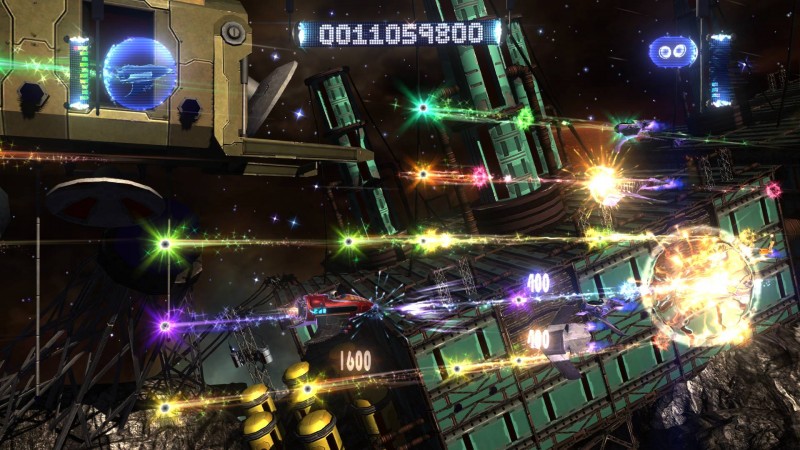 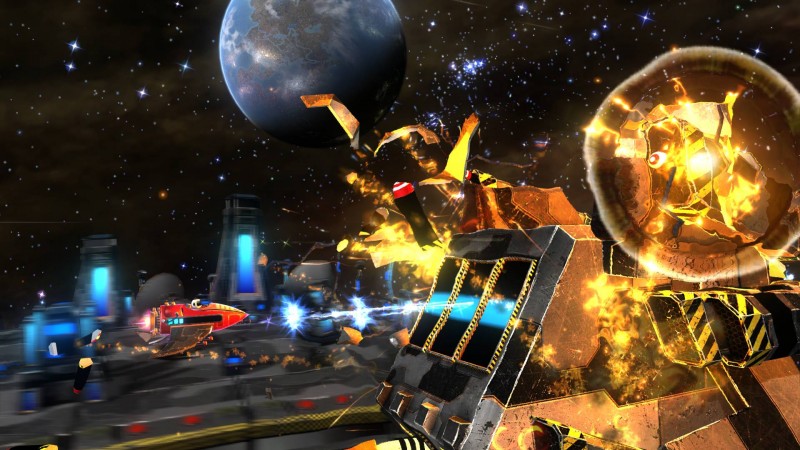 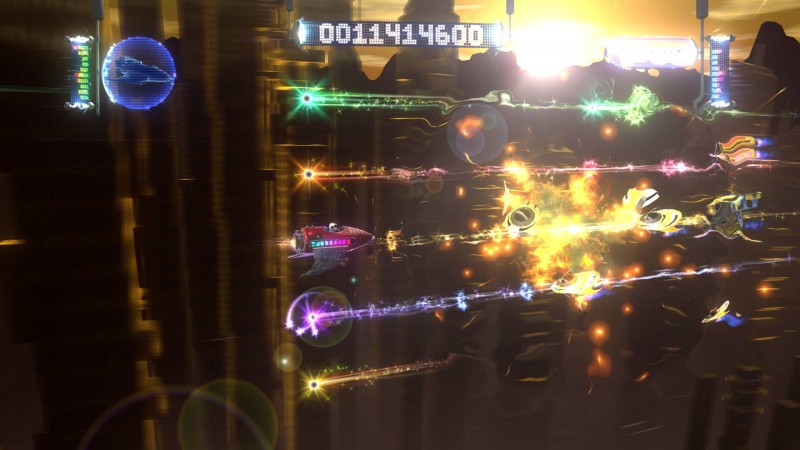 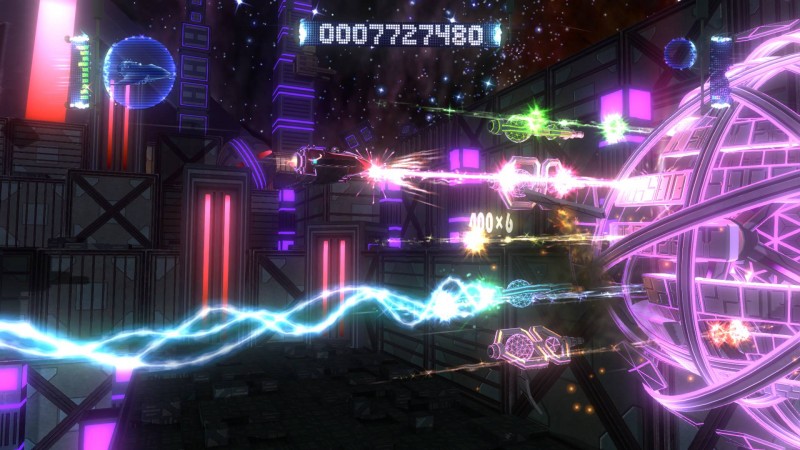 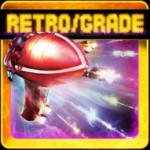 Retro/Grade’s innovative gameplay is difficult to describe, but easy to grasp when you have a controller in your hand.

Purchase More Info
8
i
Game Informer's Review System
Concept A rhythm game disguised as a side-scrolling shooter
Graphics Lots of colorful lights and explosions everywhere
Sound The soundtrack is a soothing sort of techno that avoids dubstep and fits in perfectly with the “neon lights in space” theme
Playability Once you get in the rhythm of things, you expertly dodge the bad bullets and collect the good ones with no problems – until you head to the higher difficulties
Entertainment With a surprisingly funny story, high scores to battle, and an original concept, Retro/Grade should keep your interest
Replay Moderately high