Resident Evil: Gaiden, released for the Game Boy Color back in 2002, featured characters from the series fighting zombies on a cruise ship as they searched for the origins of a new viral threat. It was terrible. Considering that the setting for Resident Evil: Revelations is nearly identical and it’s also on a handheld device, any hesitation on your part is understandable. I’m here to ensure you that Resident Evil: Revelations is one of the finest entries in the franchise to date. The game packs improvements to the series’ reliable gameplay, impressive visuals, and a story that puts the last two main series entries to shame. Revelations is enough to please both diehard fans and 3DS owners looking for the next system-defining title.

The story picks up between the events of Resident Evil 4 and 5. Jill, Chris, and their new partners seek to uncover the truth about the destruction of a city called Terrorgrigia and combat a brand new virus. We also learn more about the BSAA (Bioterrorism Security Assessment Alliance), the previously enigmatic organization Chris and Sheva work for in Resident Evil 5. Shedding light on this organization, the FBC (Federal Biohazard Commission), and the leaders behind them brings new weight to the series’ sagging story. The narrative is delivered in digestible, TV episode-like chunks, complete with helpful recaps between chapters. This structure allows Revelations to incorporate intriguing flashbacks, parallel storylines, and some unexpected twists and turns.

The episodic structure isn’t just great for storytelling; it also makes for perfect pacing. Your time is divided between methodically exploring the cruise ship as Jill and playing through action-packed flashbacks or diversions as other characters. You spend most of your time tackling Jill’s harrowing mission on the ship, and it’s a fantastic shift back towards the series’ traditional survival horror roots. Unlike RE 4 and 5, ammo is scarce, reviving the satisfaction of each recovered bullet. Resourceful survivors can use the nifty Genesis scanner to search the environment for hidden items, adding to the thrilling feeling that you’re a scavenger trying to make it out alive. While I would’ve have been happy just playing through Jill’s ordeal, Revelations has the habit of leaving her quest at a cliffhanger while putting you in the boots of another character. Whether you’re playing as Chris in a snowy mountain pass or reliving the Terrorgrigia incident as a FBC member, these higher tempo sections are almost always focused on action instead of survival. Blasting through hordes of hunters, infected wolves, and other monsters is as fun as ever.

Resident Evil fans have already had the chance to experience the series’ satisfying gunplay on the 3DS with Mercenaries 3D, but Revelations boasts multiple improvements while retaining the first-person aiming. The choppy enemy animations from Mercenaries are gone, replaced with appropriately creepy enemy movements. The d-pad is used to switch between all your items, a simple but useful function when cornered by a pack of zombies. My favorite addition is the dodge ability. One well-timed flick of the circle pad lets you evade enemy attacks. Out-maneuvering monsters is priceless in a game where choosing your battles is both crucial and fun. Revelations also incorporates deep weapon customization in the vein of Call of Duty. Want a shotgun with augmented power, a wider spread, and gigantic clip size? No problem. Considering how precious ammo can be, tailoring weapons to your specific playstyle is a dream come true for survival horror fans. You can customize weapons in both single-player and co-op. While the cooperative Raid Mode doesn’t allow you to play through the entire campaign with a pal, you’ll get addicted to earning new weapons and upgrades by playing through a host of bite-sized missions.

Revelations is a savior for the 3DS, but it comes with a few flaws. BSAA agents Quint and Keith (codenamed Jackass and Grinder) are easily the worst characters in the series’ history. Between their grating voices, Quint’s eye roll-inducing, stereotypical computer geekery, and Keith always saying something “blows,” you’ll be tempted to puncture your eardrums with the stylus. Many of their jokes land flat due to a larger problem of inconsistent translation. Several lines of dialogue, upgrade descriptions, and story-expanding files read poorly due to rough localization. Additionally, enemy variety is a bit lacking compared to previous entries. Thankfully, the sour tastes these missteps leave in your mouth are washed away rather quickly thanks to the game’s overall quality.

Resident Evil: Revelations is just what fans of the series and bored 3DS owners needed. The story is interesting with the added bonus of actually being coherent for once, the gameplay feels perfect on the 3DS, and it’s one of the greatest-looking portable games I’ve ever seen, especially with the 3D cranked up. The campaign sports the heft and depth of one of the main series entries, a deal made even sweeter by an empowering New Game Plus and worthwhile co-op experience. Stop twiddling your thumbs waiting for Resident Evil 6 and get them on a 3DS. 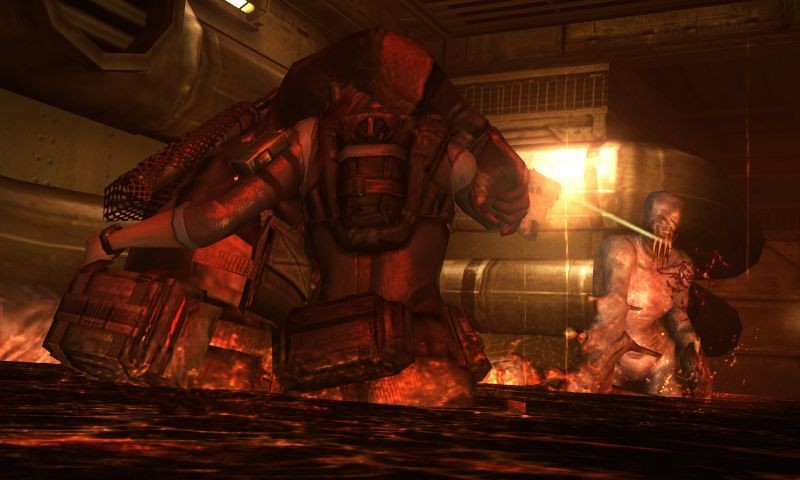 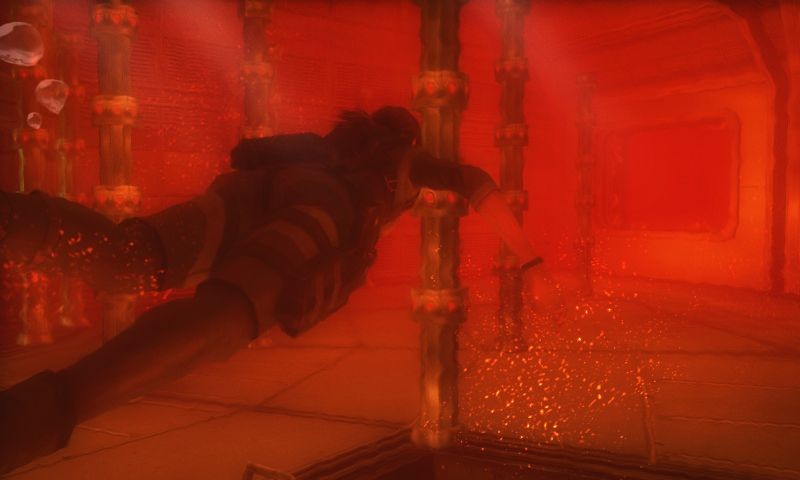 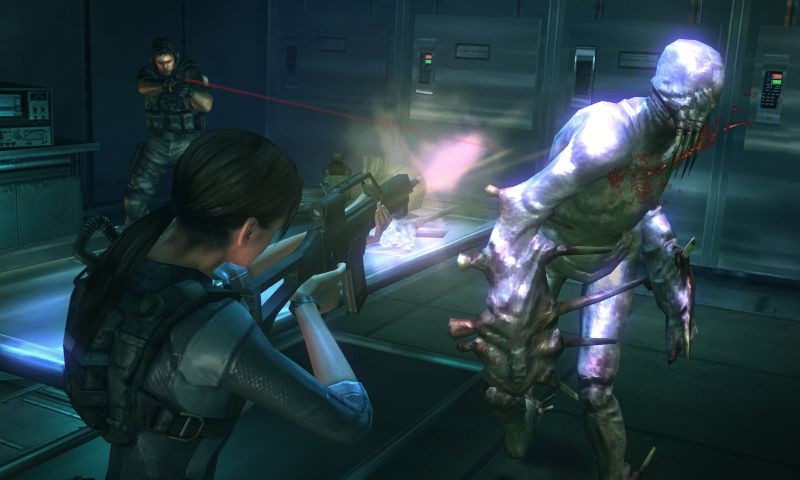 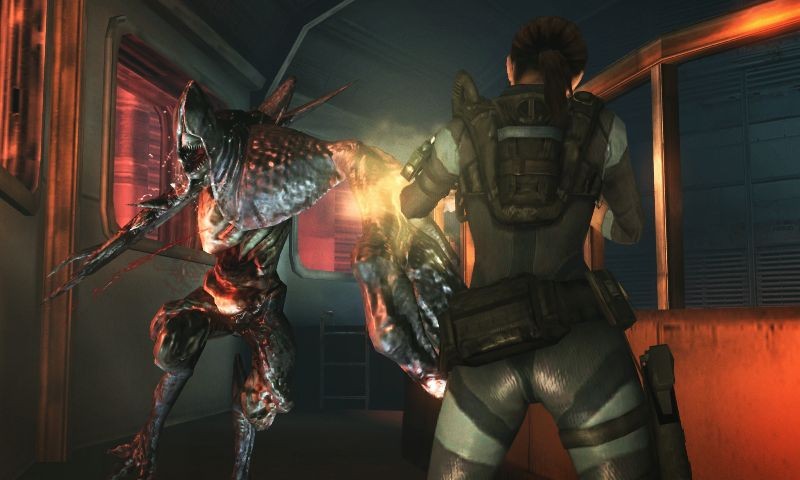 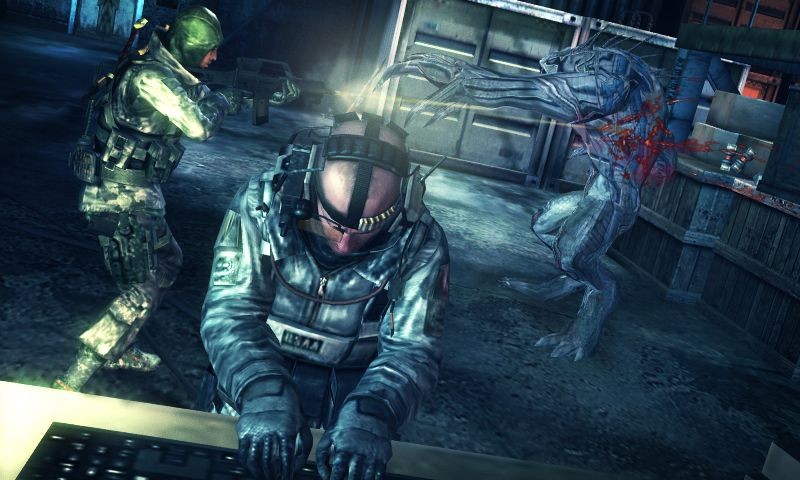 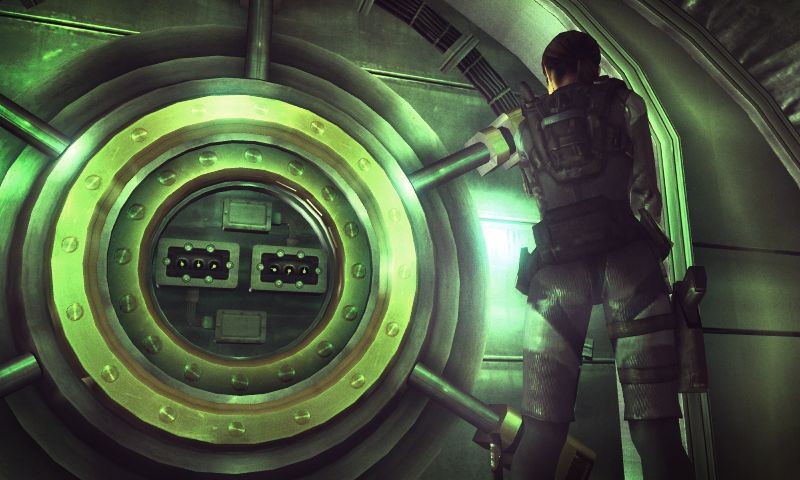 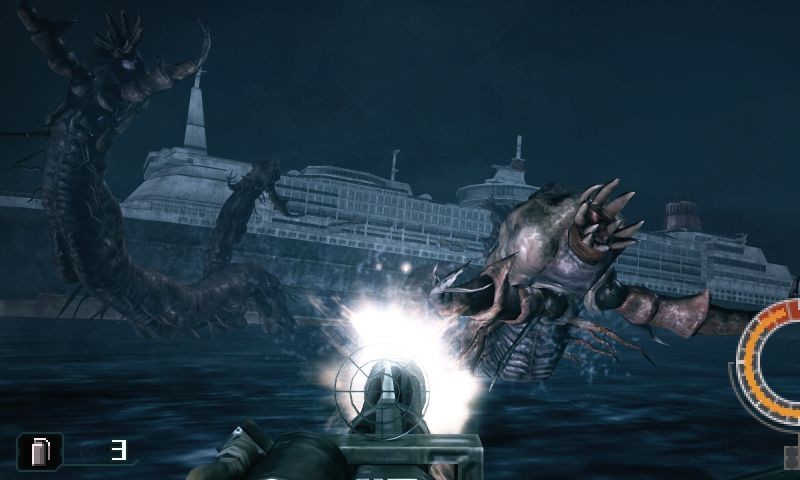 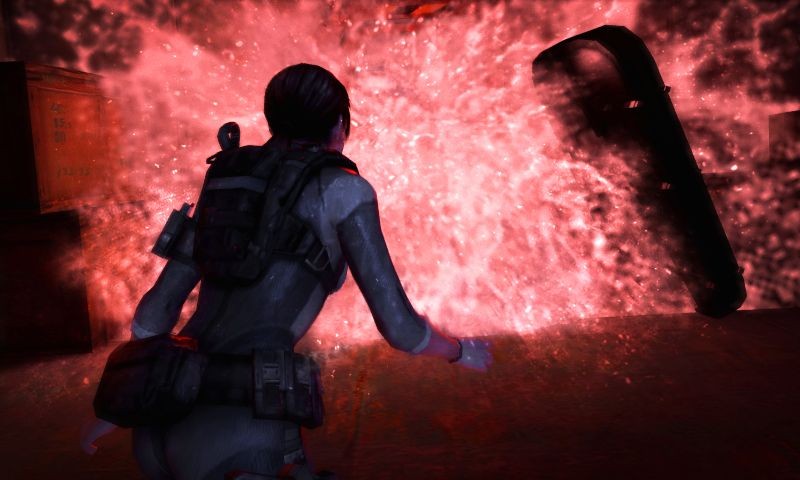 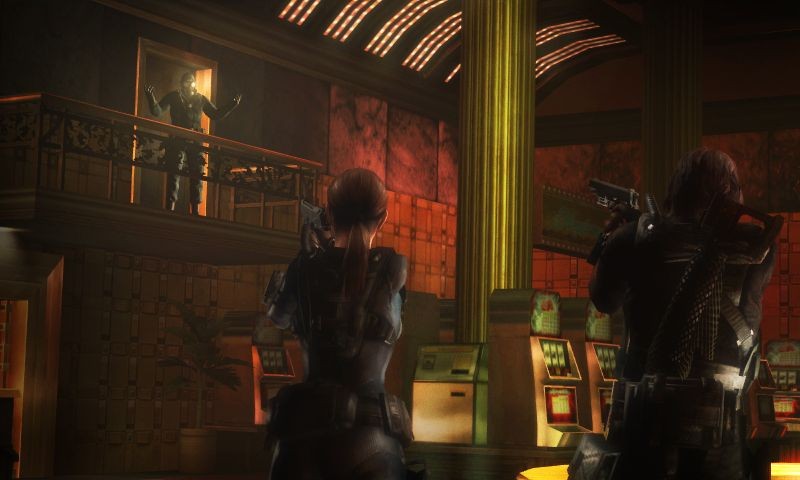 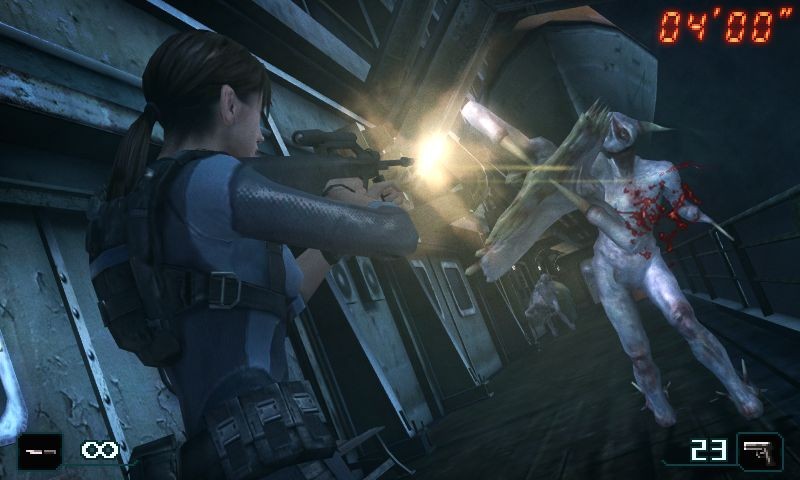 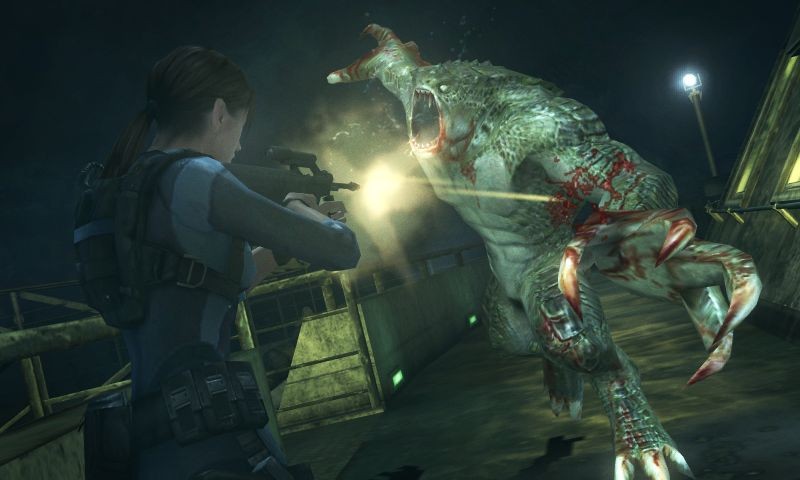 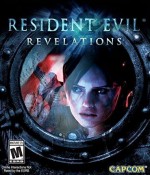 Purchase More Info
9
i
Game Informer's Review System
Concept Deliver a console-caliber Resident Evil experience on a handheld
Graphics The rich animations, detailed environments, and solid cutscenes make this a visual stunner
Sound Some of the best music in the series, and disturbing monster noises help get you into the game. Keith and Quint’s voice actors will make you hate your ears
Playability This controls just as smoothly as its console predecessors, and the slick new dodge mechanic makes it even better
Entertainment A perfect blend of action and survival are driven home by a gripping episodic narrative that will have you struggling to put down your 3DS
Replay High