Many gamers’ first experience with the legendary Resident Evil franchise began with the action-packed RE 4 and 5. For newcomers eager to catch up on the predecessors, the series’ backlog hasn’t aged well. Clunky tank controls, inconsistent voice acting, punishing difficulty, and patience-testing backtracking present a high entry barrier for modern gamers. Luckily, the Resident Evil: Chronicles Collection HD allows players to catch up with the franchise’s backstory and colorful cast of characters, all within the framework of a solid Move-only on-rails shooter.

The downloadable PSN title consists of two titles: Resident Evil: Umbrella Chronicles and Resident Evil: Darkside Chronicles. Both originally arrived on the Nintendo Wii earlier this generation. This HD collection looks better than the Wii versions, but still suffers from muddy character textures and fuzzy cutscenes. The overall presentation reminds me of the 2002 Resident Evil remake for GameCube – a standard-definition title that still looks great for being last-gen, but doesn’t hold a candle to most new games. For most of the adventure, however, you’re too busy watching reticles flick across the screen to be distracted by the middling graphics.

Umbrella and Darkside Chronicles are fast-paced affairs, especially when compared to the survival and puzzle-based games of yesteryear. You’ll plow through packs of zombies, mutated animals, and hulking scythe-clawed abominations on your way to victory. Blasting apart rabid monkeys and lining up headshots on zombies feels more precise with the Move controller compared to the Wii remote. Even the waggle-oriented quick-time events and knife slashing feel better. Mechanically, these are just better versions of the original games overall.

That said, Umbrella Chronicles is the superior experience. Darkside Chronicles benefits from enhancements like onscreen player characters, more detailed environments, and a deeper weapon customization system, but its attempt to emulate a shaky-cam is in direct opposition to accurate gunplay. Umbrella Chronicles’ guided navigation is much smoother and allows you to dial in satisfying headshots. Victims of motion sickness beware: Darkside Chronicles will undoubtedly make you queasy.

These games are fun to play solo, but destroying hordes of undead is always better with a buddy. Chronicles HD Collection supports local co-op, and your partner can hop in and out between missions. Distinguishing the red and blue reticules can be tricky at first, but it becomes second nature. Enemies seem slightly more difficult during co-op, but good strategy easily overcomes these challenges. Discussing who should wield the shotguns or SMG is part of the fun in balancing your duo.

Resident Evil: Chronicles HD Collection offers a breezy, brainless-but-fun way to relive the essential moments from Resident Evil 0 to Resident Evil: Code Veronica. Each game also features original supplemental scenarios to the main Resident Evil storyline, presenting fan-favorite characters in new bioterror incidents. Between the updated visuals and improved gameplay, this is definitive way to experience the Resident Evil: Umbrella and Darkside Chronicles. You can buy the collection on PSN for $26.99, or wait to buy them separately on July 17 for $14.99 a piece. 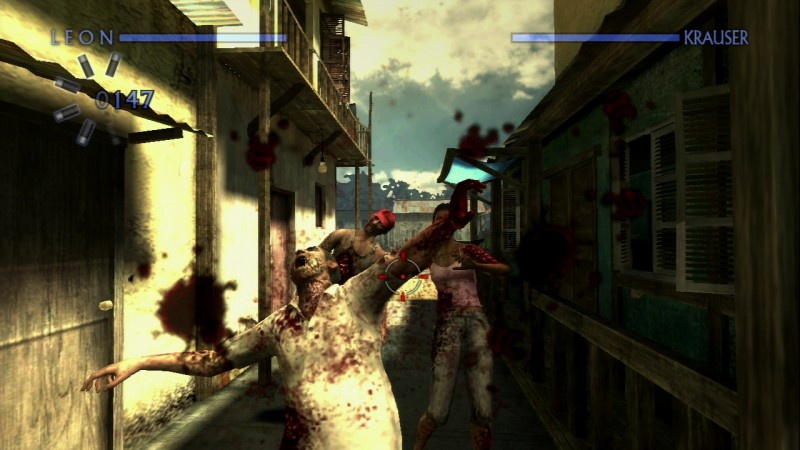 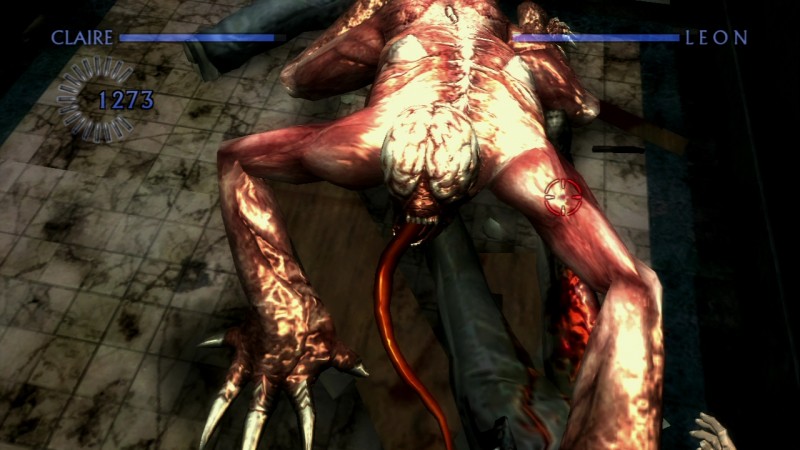 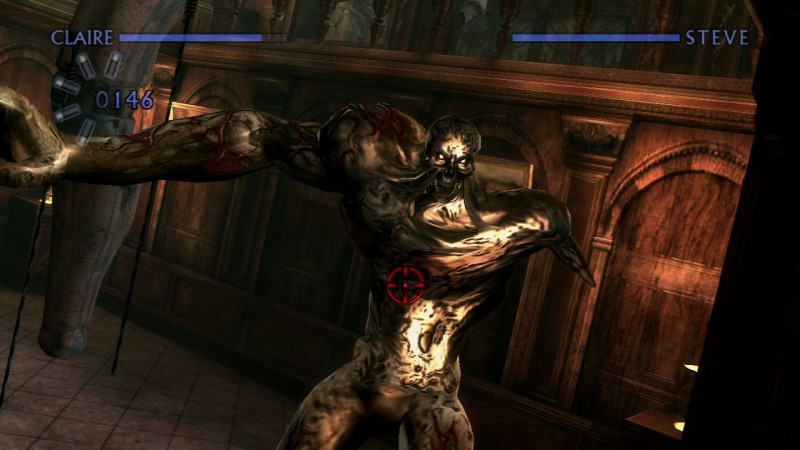 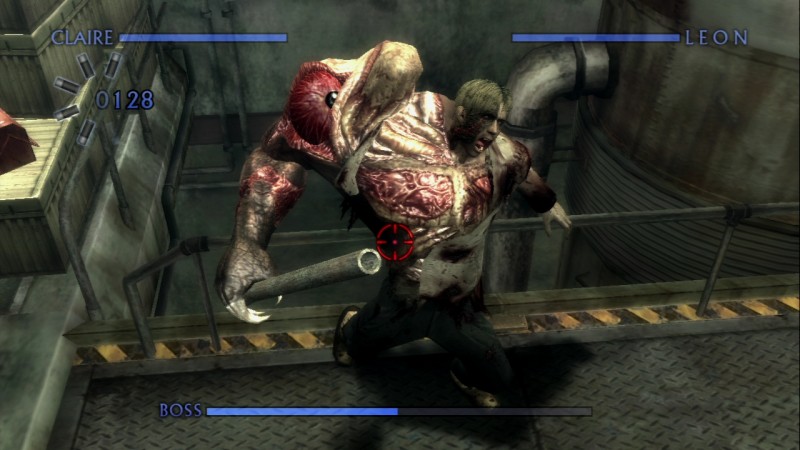 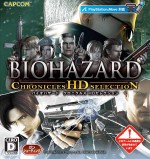 Chronicles Collection HD allows players to catch up with
the franchise’s backstory and colorful cast of characters.

Purchase More Info
8
i
Game Informer's Review System
Concept Take the Wii shooters, polish the graphics, tighten the gameplay, and make them available for download to PS3 owners
Graphics Far better than the Wii, but still not up to snuff for most PlayStation 3 titles
Sound The voice acting is often miserable, but everything is hard to hear over the blazing gunfire
Playability If you can point a Move controller at your TV, you can play this game
Entertainment Casually strolling through the game is a decent time, and gunning for high scores while upgrading weapons adds replay value
Replay Moderate