With The Lost and Damned and The Ballad of Gay Tony, Rockstar proved that its DLC could stand on equal footing with its critically acclaimed retail releases. The company has created numerous add-on packs for Red Dead Redemption, but none of them have been as substantial as the GTA IV offerings. Undead Nightmare is the first to offer a single-player addition, and it’s easily the best thus far.

Players access Undead Nightmare via the main menu rather than an in-world trigger. This is a wise decision on Rockstar’s part, since being presented with zombie-centric missions within the framework of the single-player story would be a jarring change in tone. Everyone you run into blames someone else for the sudden zombie outbreak - the immigrants, the Jews, the homosexuals, the government, the Catholics, and even the British. No one knows for sure, and though it’s explained in the end, Rockstar doesn’t waste too much time trying to make sense of this inherently silly plot.

Instead of taking on bandits and federal agents, Marston now has waves of the undead to mow through. Most towns you encounter are in the midst of a full-scale zombie attack, with a handful of survivors trying to hold them back from the roofs of saloons and general stores. You can supply these frightened folk with ammo, but your best bet is to jump into Dead Eye and take aim at the zombies’ heads.

The shift in enemy type makes a big impact on gameplay, forcing you to fend off clusters of foes that charge straight at you rather than outlaws that shoot from cover. More advanced enemies can spit acid or run close to the ground, taking you down quickly if you don’t stop them early enough. Shotguns are great if you want to go all Evil Dead on your enemies, and the new Blunderbuss weapon turns them into a fine red mist regardless of where you hit them. New throwable items are available as well, including holy water and the extremely useful zombie bait (which can later be rigged with dynamite).

Quick enemies that rely on melee attacks are one of Undead Nightmare’s biggest flaws. Considering Red Dead’s engine is built for mid-to-long range shootouts, things get squirrely when you’re trying to target a fast-moving zombie attempting to eat you. Aiming is difficult in these situations, especially when they’re battering you while running in circles around your feet.

The lack of variety in mission objectives is also disappointing. Red Dead Redemption featured some great setpiece moments, but many of Undead Nightmare’s objectives are simply glorified fetch quests. Whether it’s collecting plants for Nigel West Dickens or helping Landon Ricketts build a new weapon, these “go to this place, shoot a bunch of zombies, and pick up this thing” missions grow tiresome. While these bored me, there are a few quests that stand up to Red Dead’s level of quality (my favorite involving Sasquatch).

All of Rockstar’s open-world games feature plenty of sidequests and fun distractions, and Undead Nightmare is no different. One of the coolest is the inclusion of the four horses of the apocalypse. These aren’t tied to any mission, and seem to pop up randomly as you explore. You’ll be notified that “a mythical beast has been seen in the area,” and subsequently must lasso and break them just like any other horse. Each has its own unique ability; War can set enemies on fire, and Famine has infinite stamina.

While some of the missions seem uninspired, the fun of Red Dead Redemption is still there. Its colorful characters and fantastic cutscenes are as good as ever, with a wicked sense of humor this time around. Clearing towns and fetching items becomes tedious, but it’s still a blast to pop into Dead Eye and take the heads off six zombies in one lightning-quick flurry. After spending the seven hours required to finish everything in story mode, the online Undead Overrun horde mode will keep you busy for a while longer. Fans of John Marston’s first adventure shouldn’t hesitate to saddle up and take on his new foes. 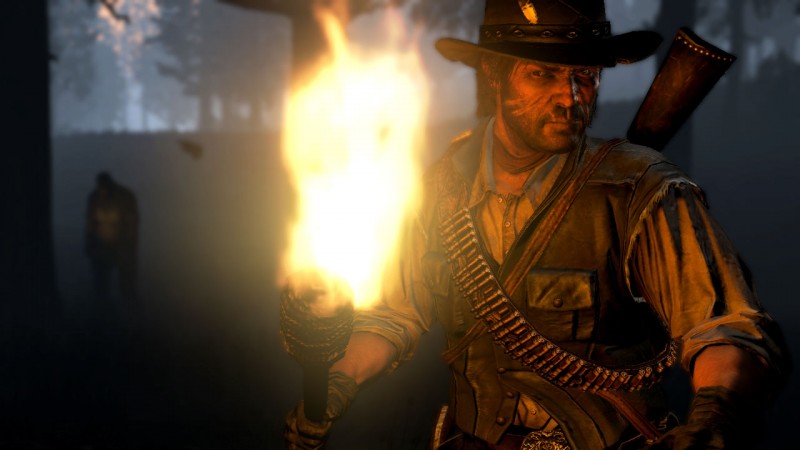 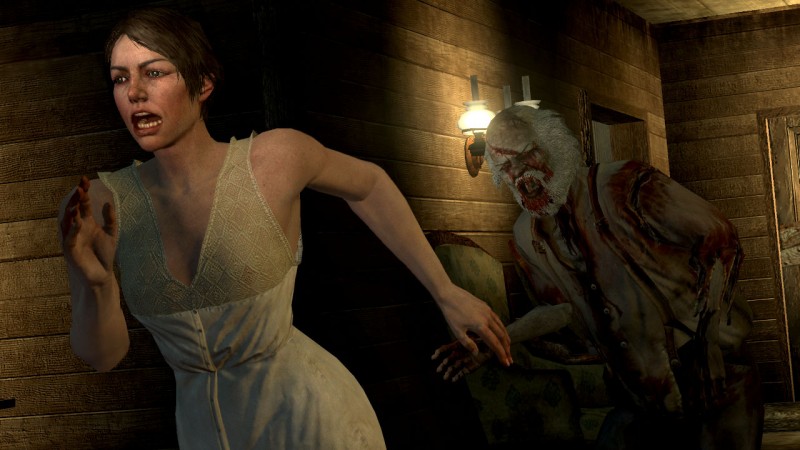 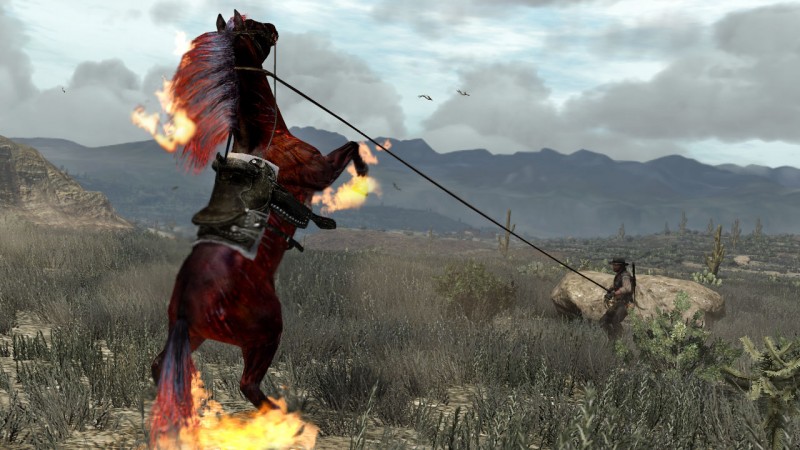 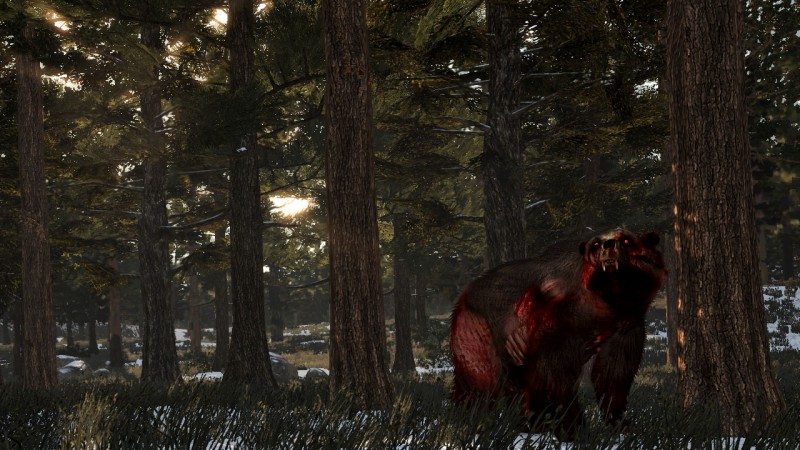 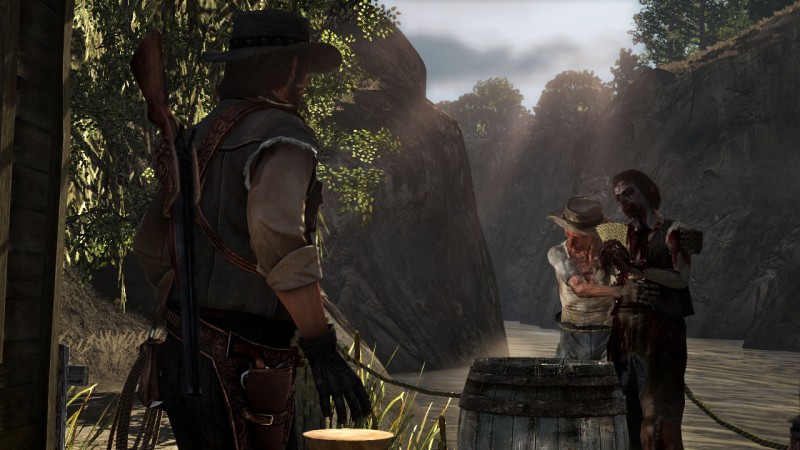 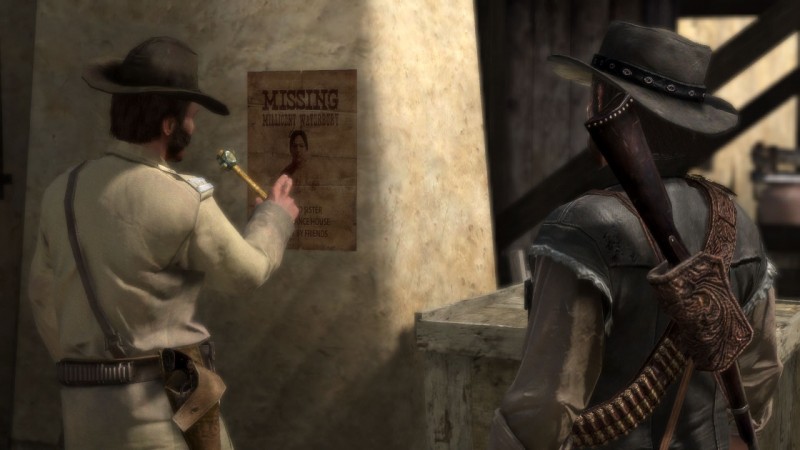 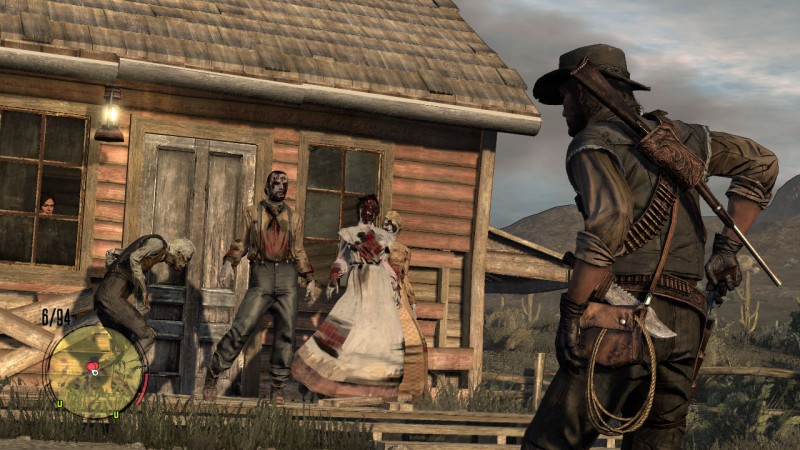 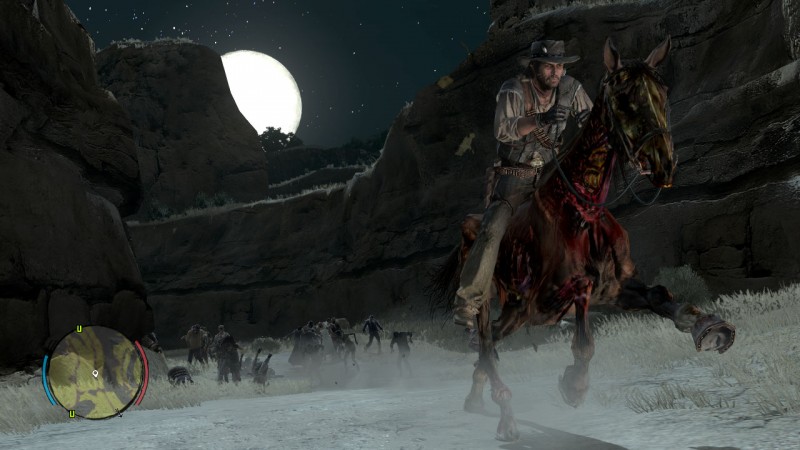 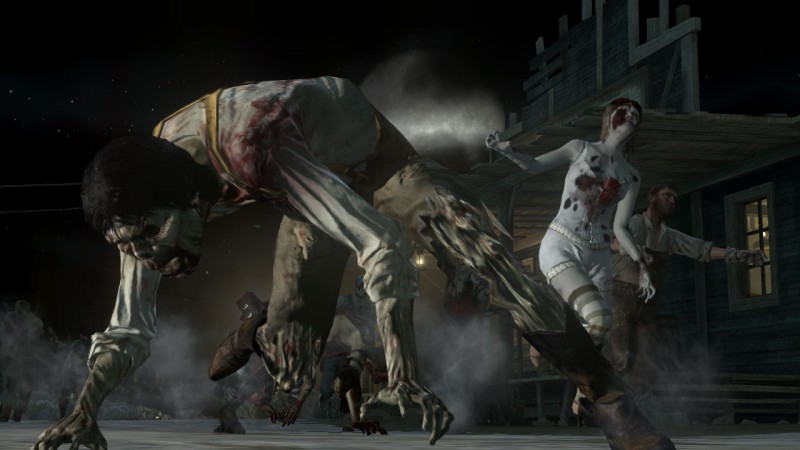 8
About Game Informer's review system
Concept
Introduce a radical (and supernatural) change to the world of Red Dead Redemption
Graphics
Characters look as great as ever, and the cutscenes are fantastic
Sound
More Hollywood-caliber voice acting, and there’s even a zombie-themed surf rock tune at one point
Playability
Aiming at quick enemies can be frustrating, but it’s the only step down in the control department
Entertainment
Without a doubt the best Red Dead Redemption DLC offering, but it doesn’t stand up to the GTA IV expansions
Replay
Moderate 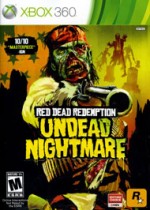