With Star Wars Episode VII: The Force Awakens on the horizon, plenty of fans are left daydreaming how'd they make a living in deep space. If you've ever wondered what Han Solo might have been up to before he met Luke and Obi-Wan in a certain Mos Eisley cantina, Rebel Galaxy does its best to deliver that fantasy but suffers from stretches of repetition.

Your story begins as a wannabe space trader trying to track down your legendary aunt who has mysteriously vanished, leaving behind a humble spacecraft for you. Rebel Galaxy's light narrative isn't the driving reason to play the game, despite some conversations with multiple choices that play out similar to the KOTOR titles. Some fun characters populate your adventure, like Hutt-soundalike aliens and shady bartenders, but the whole story seems to exist only as a path to ensure players experience a variety of mission types of increasing difficulty. The progression is open-ended from the start, and remains that way after the main story wraps up, so the tale of lost Aunt Juno never seems like the point.

Most of your time is spent trolling through the purplish-black abyss of space and navigating menus in space stations. You can customize your ship's laser turrets, hull, cargo hold, and more. Ship-outfitting options are plentiful if you have the credits, but the options feel restrictively low at the outset given the scarcity of credits. Once you're outfitted, completing missions earns you more credits for taking down specific targets, delivering cargo to far-off space stations, or picking up resources from a dead drop location. The dead drop mission type routinely ends in a protracted shootout with competing ships, which always seems to surprise the characters despite the frequency.

Space combat and navigation in Rebel Galaxy have more in common with naval warfare than the high-speed dogfights some sci-fi fans might expect. All cruising and combat takes place on a 2D plane, with no y-axis to complicate matters. This design makes navigating asteroid fields and positioning your ship during combat feel more accessible than more hardcore sims like Elite: Dangerous, which is a great way to let players focus on getting used to their ship's controls and their place in the galaxy. Since your big spaceship controls more like a battleship than a fighter jet, the focus is on broadside combat. Holding down the fire button displays the transparent aiming trajectory of your laser canons extending from the side of your ship (imagine naval combat from Assassin's Creed IV: Black Flag). It's a simplistic-yet-effective way to punish enemy frigates, but trying to peg more agile enemy fighters who can fly up and down on the y-axis is frustrating. Thankfully, your weaker laser turrets can lock on to targets for some mindless blasting.

Hiring reliable mercenaries who pilot their own fighter jet helps take some of the heat off your huge ship, and perusing hired guns and their varying personalities at intergalactic pubs is a nice touch. Staying alive during Rebel Galaxy's space battles (I was often confronting continuous waves of five or more enemies at once) feels like a real-time version of FTL, forcing me to manage shields, thrusters, and positioning. Gradually equipping your ship with tons of lasers and buying progressively larger ships is empowering, but the bread and butter of combat begins to feel repetitive after the introductory hours.

When you're not blasting enemies to bits in beautifully stylized explosions or running supply errands, you can fill time and earn money a variety of other ways. Asteroids hosting precious metals and other resources can be blown into harvestable chunks and stored in your ship (assuming you've got the cargo space). You can also track down distress beacons found littered across the solar systems as you're traveling at light speed from one side of the galactic map to the other. These missions don't vary meaningfully from the ones I've highlighted, but they can offer a nice change of pace during extended journeys. You can also play the numbers game by trading rare resources on a stock market-type exchange, but pouring time into that never felt as fun or worth of my time as simply accepting missions to earn coin.

Rebel Galaxy appears complicated out of the gate, but it hits a steady pace after some acclimating to the ship controls and menu-based features like upgrade shops and the commodity market. The progression loop of grinding out missions, earning credits to beef up your ship, then taking it back out again is fun, but the mission design felt too familiar to keep me hooked for the long haul. 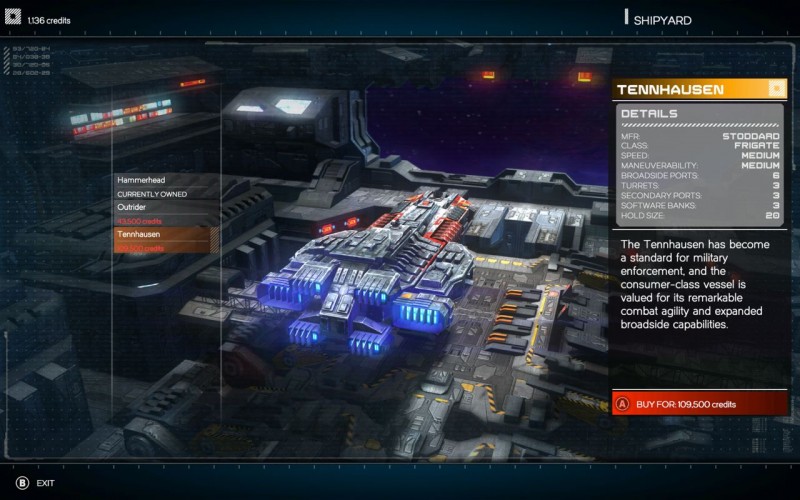 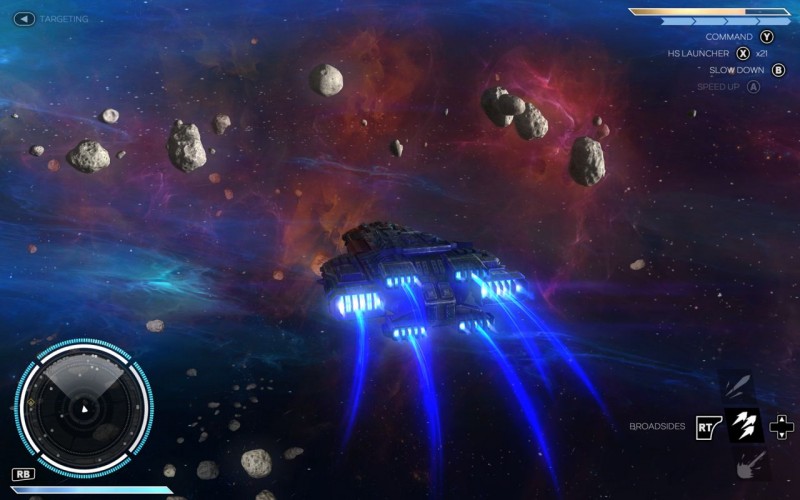 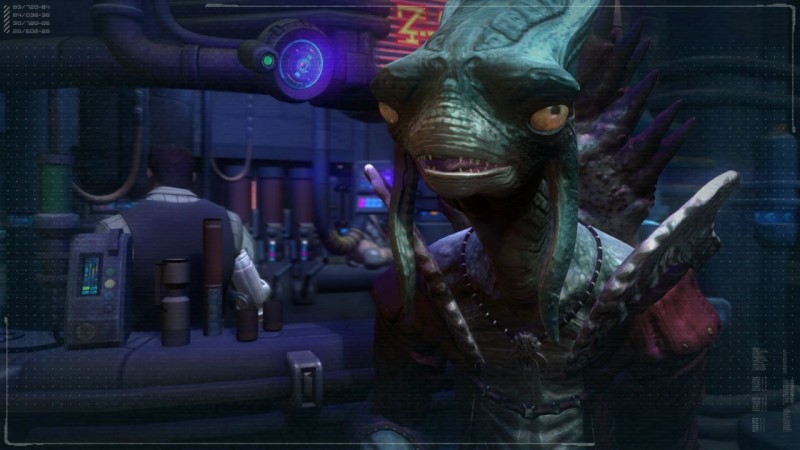 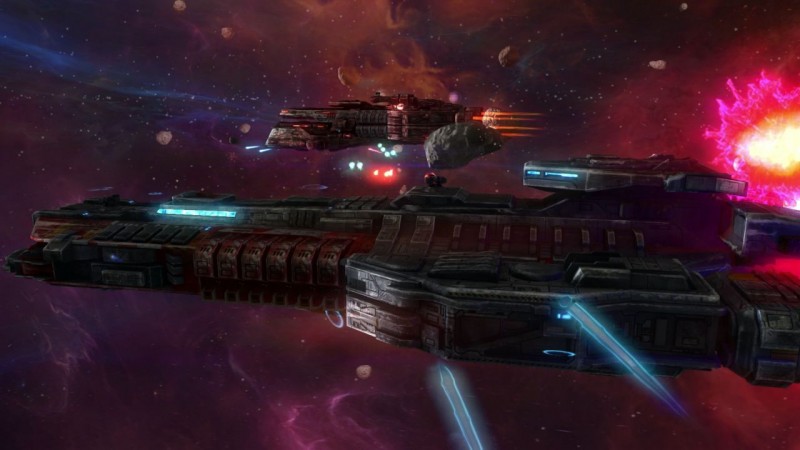 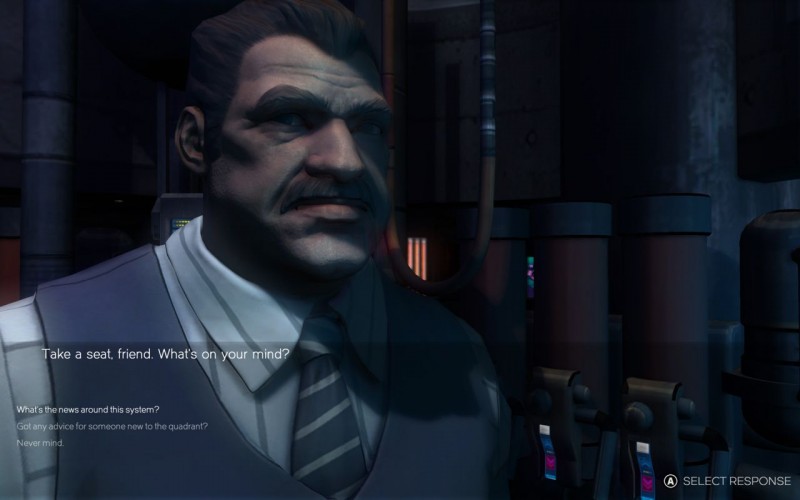 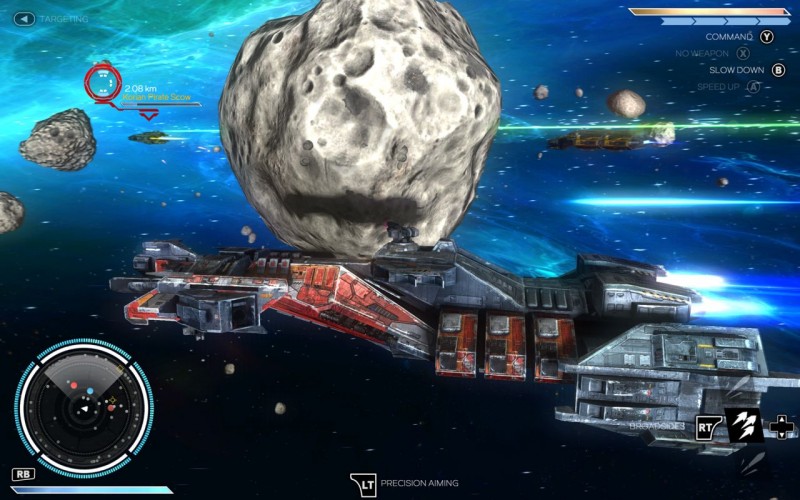 7.5
About Game Informer's review system
Concept
Become a space trader, pick up odd jobs, and invest heavily in your ship to outlast and outgun other ships in the universe
Graphics
The ships and explosions of space combat are colorful and expressive. The scant character models are fun but rough around the edges
Sound
Everything sounds great, from the sounds of multiple laser turrets firing to your warp drives engaging
Playability
A lack of a y-axis in navigation and combat simplifies exploration and combat, though ship-to-ship combat grows tiresome
Entertainment
Managing multiple systems can make you feel like a Starfleet Captain, but otherwise the doldrums of long-distance travel are conveyed too accurately
Replay
Moderate