No matter how much time passes, I can’t outrun Rayman 2. Today marks the fourth time I am reviewing it, as Rayman 3D is yet another direct port.

Back in 1999, I gave the Nintendo 64 version, Rayman 2: The Great Escape, a rating of 7.5 out of 10, praising its gameplay for “developing new platforming techniques” and offering “a nice balance between exploration and action.” I also criticized its muddy graphics and overall lack of polish. Six months after this review, I gave the Dreamcast port an 8, finding this version's sharp textures, self-adjusting camera system, and exclusive bonus games to be a significant improvement over the Nintendo 64 release. In 2001, I played the game (now renamed Rayman 2: Revolution) for a third time on PlayStation 2. This re-release also received a respectable 8 rating. Although I started my review with a comment that this game was “spreading like an airborne disease,” I once again commended its unique platforming techniques, and said “finding all of the secrets is a lengthy, challenging, and enjoyable process.”

That brings us back to Rayman 3D, which will hopefully be the last version of Rayman 2 I ever have to play. Although my memories of this adventure remain crystal clear, I enjoyed questing in the limbless wonder’s world for a fourth time.

It brought me back to the heyday of the collect-a-thon. Remember those days when your primary objective was to track down shiny objects? Rayman must collect 1,000 of them. Don’t think for a second, however, that these objects (called Lums) are dropped in front of you like a breadcrumb trail. This world is gigantic, and most of the Lums are located in places that require great effort to reach.

For Rayman, this effort usually consists of leaping, swinging, climbing, and a healthy dose of spinning his ears like a helicopter to float across vast chasms. The Nintendo 3DS’ controls are a nice fit for Rayman’s style of action. The self-adjusting camera does a commendable job of leading players along to the next objective or collectible, and if you want to spend more time exploring the environment, the camera controls tied to the left and right triggers make it hassle-free. Combat also works well. When an alien robo-pirate wants to throw down, the strafing technique combined with Rayman’s ability to throw energy balls can make short work of them.

The only notable addition to this remake is, surprise-surprise, stereoscopic 3D. Rayman and the world pop from the screen, and despite being over a decade old, look fantastic in the third dimension. Leaping from one platform to the next delivers true sensations of perspective and depth. Thanks to the 3D, I didn’t have to rely as heavily on Rayman’s shadow for placement. The only time the 3D looks strange is when a 2D sprite, like a butterfly or chain, appears in the foreground. When this happens, the immersive 3D environment takes on an unintentional pop-up book-like quality.

I did run into a couple of framerate stutters, and some of the Lums in the larger worlds didn’t appear until Rayman closed in to around a fifty foot radius of them. Outside of these minor complaints, Rayman 3D doesn’t feel like a game that was made over a decade ago. It holds up remarkably well.

With Mario nowhere to be found at the Nintendo 3DS launch, Rayman fills the platformer gap nicely. I had a blast playing it again, and look forward to reviewing it for a fifth time at some point in the near future. 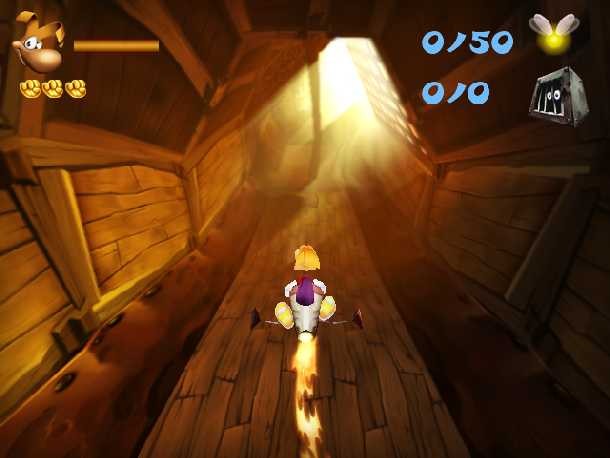 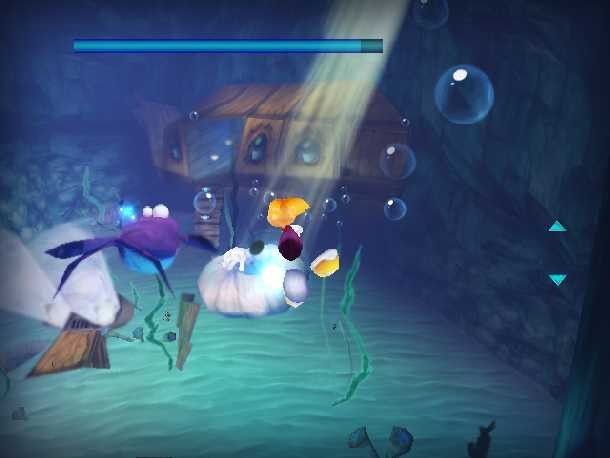 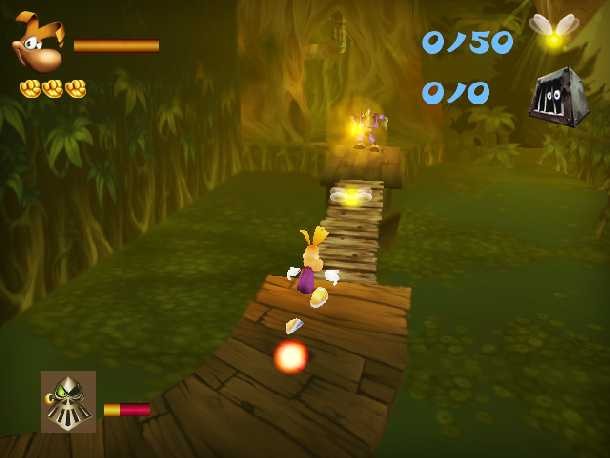 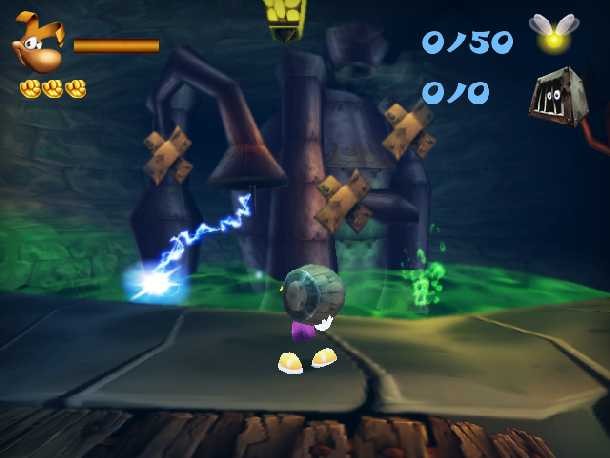 7.5
About Game Informer's review system
Concept
Port the 1999 game and add stereoscopic 3D
Graphics
Fluid animation and colorful texturing make it shine despite its age. The use of 3D enhances the platforming, but makes 2D sprites look out of place
Sound
A mix of joyful and weird melodies
Playability
The self-adjusting camera is the true star of this game. Tight platforming mechanics and exciting combat round out the experience
Entertainment
Rayman 3D doesn’t get better with age, but it remains a solid platformer
Replay
Moderate