During the late ‘90s, when I had a ravenous hunger for 3D platformers, I whetted my appetite with Insomniac’s Spyro the Dragon trilogy. Several shoddy non-Insomniac entries eventually corrupted the series during its transition to the PlayStation 2 era, and I mourned the loss. Unbeknownst to me, the lighthearted, charming soul of Spyro was transplanted into the Ratchet & Clank series. I missed these games during their heyday, but playing this HD collection felt like reuniting with an old friend.

The furry protagonist Ratchet and his tiny robotic friend, Clank, are tasked with saving the galaxy across all three titles. During the adventures they interact with colorful characters like a narcissistic, cowardly superhero and an evil, robotic Britney Spears lookalike. The goofy tone and characters calls to mind Pixar’s films. I found myself chuckling at bits like an intergalactic mercenary offering a pizza party for Ratchet’s capture.

The Ratchet & Clank games were gorgeous for their time, and this high-definition collection updates their beauty. Each level begins with a stunning, lay-of-the-land view of the bustling location you’re about to explore. Ratchet visits crisp, colorful locales like tropical jungles, sprawling desert dunes, and even a Hollywood-like film studio planet. The character models and facial animations haven’t aged as well, but the in-engine cinematics are too few to mar the overall look.

The gameplay of each title is a well-portioned mix of platforming, shooting, and various minigames. The series is filled with fun acrobatics like swinging across vast chasms, wall jumping, and using gravity boots to walk down the sides of buildings. One of my favorite situations involves exploring a small, Mario Galaxy-style planet and arranging laser arrays to power a satellite. The hacking minigames sprinkled throughout the series become repetitive and annoying, but never last too long.

Insomniac’s trademark weaponry is on full display throughout the collection, including crazy guns that blast lava, transform enemies into sheep, and create matter-consuming black holes. The latter two Ratchet games include an automatic upgrade system that rewards you with weapon enhancements for simply using them. Receiving automatic enhancements like increased ammo capacity or a larger explosive radius entices players to experiment with all the weapons.

The third game, Up Your Arsenal, is the best of the PS2 era thanks to a control scheme that allows for precise moving while shooting. Developer Idol Minds also resurrected the online multiplayer servers, a rarity in these HD collections. In Siege mode two teams of four compete to destroy the other’s base. Blasting human-controlled enemies isn’t as entertaining as taking on the campaign’s hordes of varied foes, but it’s a fun distraction.

Idol Minds did a wonderful job sprucing up Insomniac’s celebrated action-platforming series. It rarely occurred to me while playing that these are gussied-up versions of last-gen games. Few modern games boast such strong levels of writing, pacing, and gameplay. Whether you’re a Ratchet enthusiast or a series newcomer, this collection is a ton of fun. 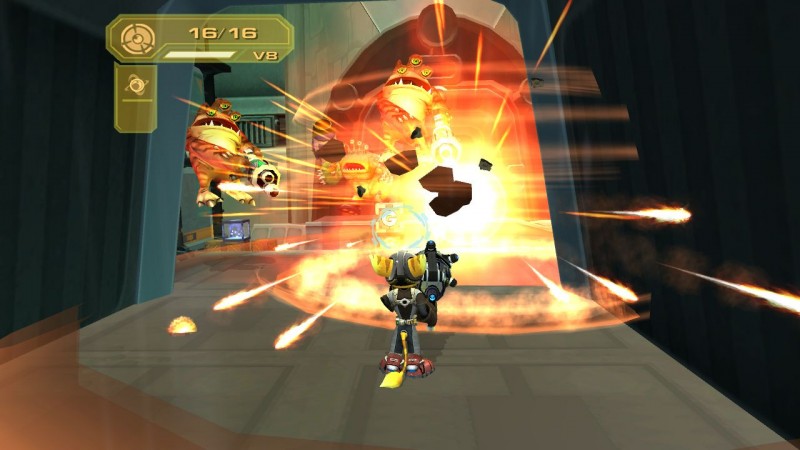 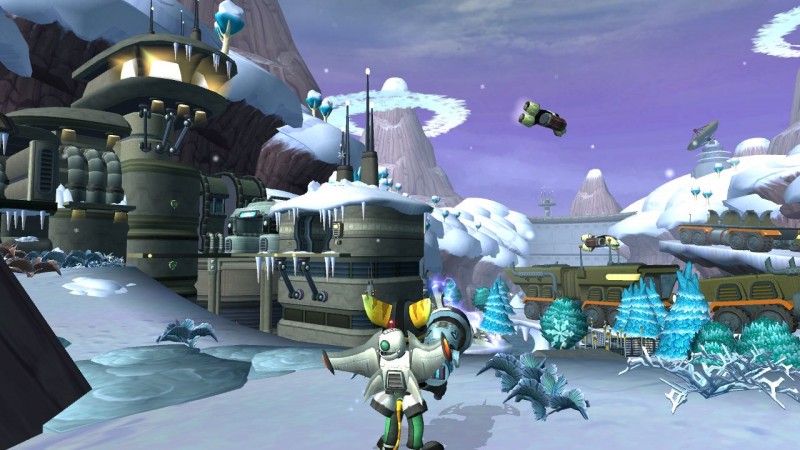 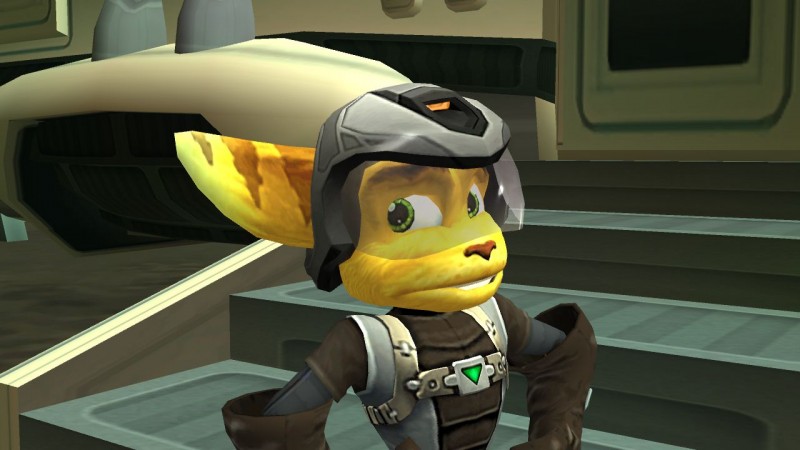 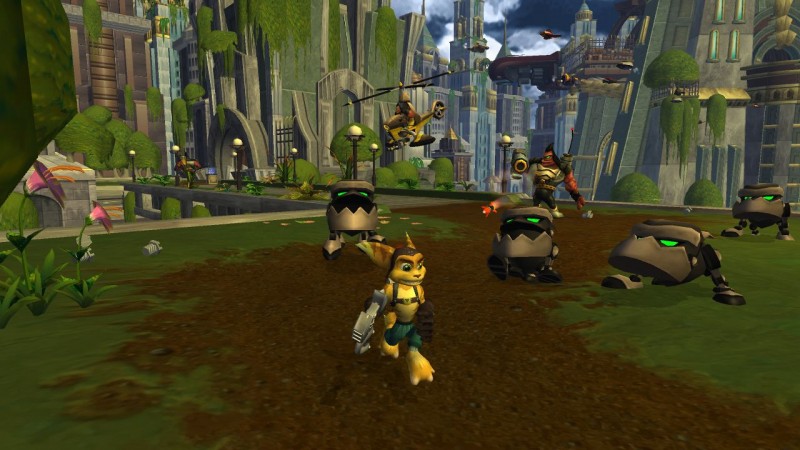 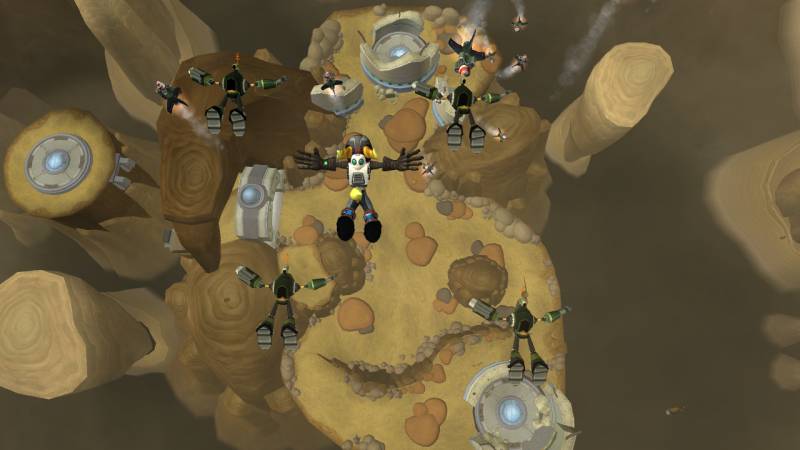 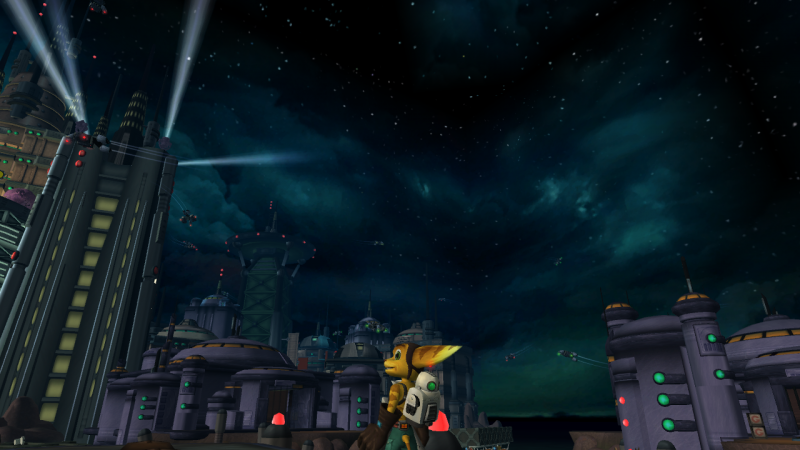 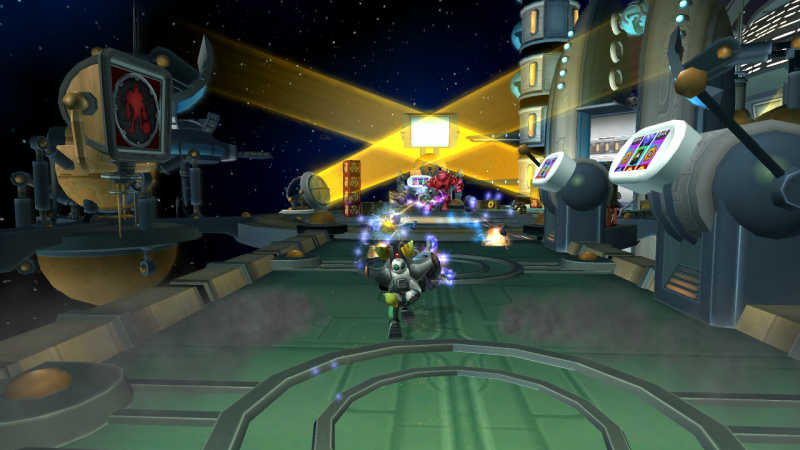 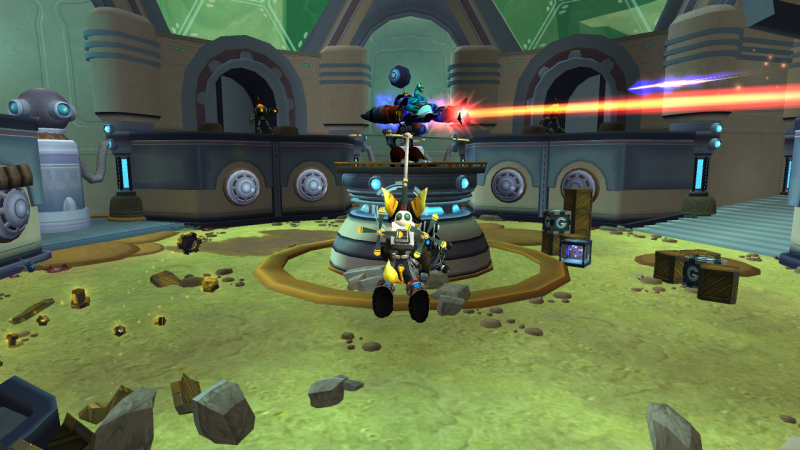 9.25
About Game Informer's review system
Concept
All three original Ratchet games on one disc in glorious HD
Graphics
The environments and animations look great in higher resolution, but the seams show in the character models
Sound
Great voice acting brings each character to life, and the music is appropriately boisterous
Playability
All the games still control great, but Up Your Arsenal’s FPS-minded control scheme is the best of the series
Entertainment
Loads of goofy guns, breezy platforming, and absurd situations keep you coming back for more
Replay
High 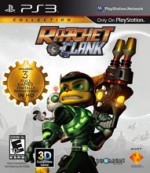