If you're one of the countless gamers who dismissed Rainbow Moon as a bland fantasy RPG (or never even heard of it), I don't blame you. Rainbow Moon doesn't have the triple-A production values or memorable story of most modern role-playing games, and it suffers from its share of flaws. But it also has deep and enjoyable combat, which drives a campaign that will keep you busy long after most retail games are collecting dust on your shelf.

Rainbow Moon gets off to an incredibly slow start, taking hours to open up your first subturn (which allows you to perform more than one action per move), gain your first new weapons and skills, and (finally!) recruit a second party member. A few hours after that you'll realize it isn't just Rainbow Moon's introduction that drags its heels. Every system in the game unravels at a snail's pace, though each new addition to Rainbow Moon's mechanics makes the unending grind more fun. With a full party and a decent library of skills under your belt, combat is a wondrous strategic playground. Annihilating enemies with your ever-improving skills never gets old, and each new enemy type throws a wrench in your increasingly complex war machine. Even so, the answer to overcoming a difficult new enemy type is usually grinding. Thankfully, you gain experience at a satisfying rate, with mid-level enemies coughing up hundreds of XP at a time. Leveling up and buying new equipment provides sizable boosts to your stats; within an hour or two, those frightening new enemies become XP fodder that drop with just a few hits. Don't worry, though; another temporarily overpowered foe will soon take its place.

Unfortunately, Rainbow Moon's story doesn't evolve as the gameplay does. The story begins with your character's rival opening a portal that transports you and a zoo's worth of enemy monsters to another world. Your goal is to save the peaceful planet from the predatory creatures and find a way home. How do you accomplish this noble feat? With endless fetch quests – some of which have you running back and forth between NPCs multiple times during a single mission. The story's light-hearted tone results in few laughs and plenty of forgettable characters and story threads. It's a shame; caring about my characters and quests would've have gone a long way toward making the grind more tolerable. At one point I slogged my way through an endless, monster-filled dungeon just to retrieve an NPC's suitcase so he would join my party. Tongue-in-cheek humor doesn't replace quality storytelling.

In addition to the patronizing story, Rainbow Moon sports a few other annoyances that grow as the game goes on. A food gauge requires you to constantly feed your party members (or rest at inns), and serves no purpose other than pointless resource management. Torches brighten up dungeons, a simple convenience that has you constantly flipping through menus and visiting merchants. Your multiple inventory systems are all unnecessarily limited, though you can buy more space if you've got the Rainbow Coins. In fact, you buy pretty much everything you need in Rainbow Moon: food to replenish your hunger bar, the services of a healer to replenish your party's HP and MP (which is cheaper than buying potions), new weapons, armor, and combat skills. Everything costs an increasing amount of Rainbow Coins. You even have to buy a license just to wear amulets, which must be purchased separately for each character at exponentially expensive prices. Then you have to buy the actual amulets.

These myriad, unnecessary expenses continually left me feeling poor. This is probably the point, considering you can buy money packs on PSN (along with XP packs for each individual party member). I don't care if other players want to buy the best gear instead of earning it, but it becomes a problem when I feel hamstrung for not coughing up extra dough.

Still, like all problems in Rainbow Moon, the answer to being cash-strapped is more grinding, and the turn-based tactical combat remains enjoyable throughout. There's a lot for old-school RPG fans to love in Rainbow Moon, and the price of admission is a bargain. I just wish the story were better. 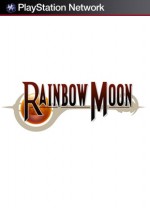 Rainbow Moon's deep and enjoyable combat drives a campaign that will keep you busy long after most triple-A retail games are collecting dust on your shelf.


Purchase More Info
7.75
i
Game Informer's Review System
Concept Create an affordable turn-based tactical RPG with plenty of depth and playtime
Graphics The colorful visuals are undermined by some budget-bin animations
Sound The sparse voiceovers are annoying, but the sound effects and music are enjoyable
Playability Considering most of the gameplay consists of navigating menus, Rainbow Moon controls fine
Entertainment The endless fetch quests and frequent need to grind keep you occupied for dozens of hours. Thankfully, the combat is enjoyable
Replay Moderately High