Role-playing games have become complicated over the years. They feature lengthy cinematics, emphasize player choice, and present gigantic worlds to explore. These advancements aren’t bad; they have given rise to some of the most compelling and successful titles in the industry. Even with these great modern RPGs, sometimes I wish I could go back to the genre’s 16-bit era – a time where titles like Earthbound, Chrono Trigger, and Final Fantasy represented everything I wanted from a video game. If you’ve ever felt the same way, you should play Radiant Historia.

You control Stocke, a member of a secret intelligence agency who is the key to stopping a brutal war between two powerful nations. Stocke isn’t your typical plucky young hero wading through a sea of fantasy clichés; he’s a competent and efficient warrior who knows that dumb luck and hope won’t lead to victory. This refreshingly novel attitude suits the plot of Radiant Historia well; events often take a turn for the worse, and rash decisions have dire consequences. Expect to see the death of multiple party members.

That may sound like a spoiler, but nothing is set in stone. By using a mysterious book called the White Chronicle, Stocke has the ability to travel freely between various key points in the game’s timeline. You may see one companion fall in battle, but then return to that moment later with an item that will save his life. Adding to the complexity, the timeline splits into two parallel branches early on, and the alternate histories also affect each other. This structure is a brilliant way to deliver the plot, steering away from cookie-cutter moments and taking some surprisingly dark turns. Radiant Historia’s storytelling provides an innovative twist that defies the predictability of traditional RPGs.

As much as I enjoyed the story, the most entertaining part of the package is the battle system. It seems to follow a worn pattern at first; you have three party members who are queued up in a turn order and proceed to unleash attacks and special abilities. Your enemies aren’t just standing in a row, though. They are arranged on a 3x3 grid, where those in the front do more damage, and those in the rear have higher defense. Since many of your characters’ skills involve batting foes around the grid, your battles are fun strategic endeavors that have you clustering enemies onto a single square to damage them all at once.

This mechanic is more than just arranging your opponents. The turn order isn’t static, so you’re free to swap one party member’s turn for another’s later down the line. You can even switch with an enemy, which sounds crazy until you consider that your damage increases with each consecutive ally attack. The result is a tactical system that has you prioritizing enemies, managing the turn queue, and setting yourself up for massive attack chains that lead to immensely satisfying victories.

The unique combat and story are supported by a traditional RPG framework that any fan of the genre will recognize. You level up, learn new abilities, visit towns, and buy new equipment. Side quests require you to hop around in time to solve problems, and multiple endings (most of them resulting in horrific failure) give you a reason to revisit previous decisions. These aspects – along with the visual style – comprise the game’s familiar core and make it feel like an old-school RPG at heart.

Some genre conventions in Radiant Historia have aged better than others. Retreading previously crossed areas is dull, and you do it a lot as you move between timelines. I also would have appreciated more unique enemies (instead of palette swaps), which could have added some extra flavor to the combat. Lastly, I got sick of skipping through a bunch of dialogue every time I jumped to a different point in history. These issues don’t ruin the game, but they are enough to make small stretches more annoying than entertaining.

A top-down view and some sprites aren’t all it takes to capture the essence of a classic RPG. Many titles have tried to capitalize on gamers’ nostalgia for the 16-bit era, but most end up feeling like hollow and archaic imitations. Radiant Historia succeeds where those attempts fail; it is an inventive role-playing game that delivers the sensation of playing one of your old favorites for the first time. 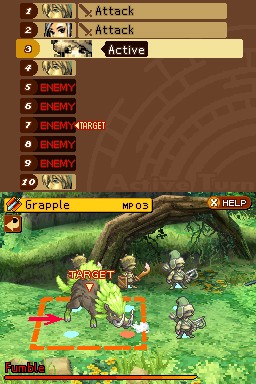 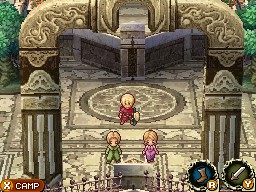 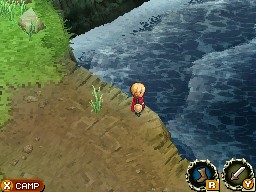 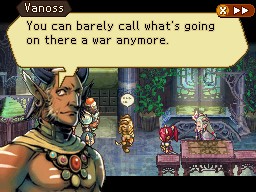 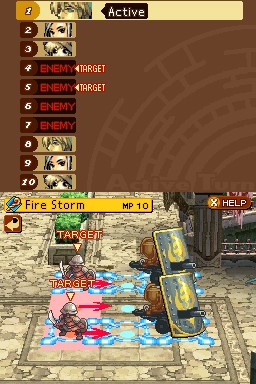 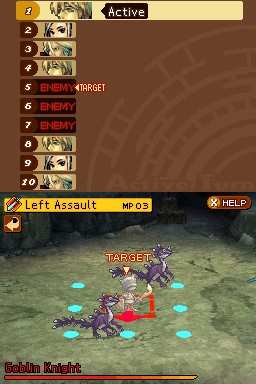 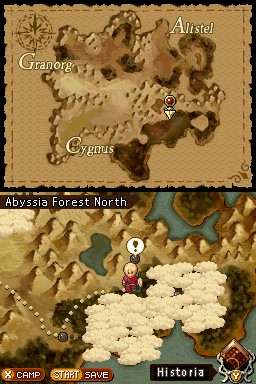 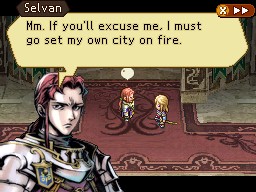 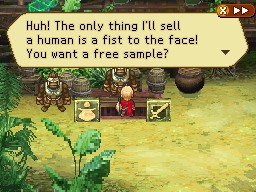 Radiant Historia is an inventive role-playing game that delivers the
sensation of playing one of your old favorites for the first time.

Purchase More Info
8.75
i
Game Informer's Review System
Concept A well-crafted RPG that feels like an unreleased classic from 1995
Graphics Even with a few 3D environmental details, the visuals have a charming 16-bit vibe
Sound An excellent soundtrack, but a little more variety would have helped
Playability The battle system is deep without being complicated, making it easy to learn
Entertainment I’d recommend this to any fan of old-school RPGs
Replay Moderate