Video games that ape board game concepts are an insult to board game players. Board game design has come a long way since Parker Brothers first started publishing Monopoly, but most Mario Party-like games still hold to the formula of rolling a die and circling a board while collecting baubles and trinkets. Some of the best modern board games on the market incorporate deep strategy with and interactive story and player cooperation, but these elements have been entirely lacking from the “board games” we play on gaming consoles. Rabbids Land is one of the worst offenders in years. Not only does Ubisoft’s Wii U launch title hold fast to a tired formula, it is also mind-numbingly boring.

Since the zany but lovable Rabbids first appeared in the Rayman Raving Rabbids, I’ve felt that these oddball creatures deserved a series of their own. Ubisoft’s bunnies whack each other with baseball bats, flatten one another with steamrollers, and flush themselves down toilets. These bug-eyed creatures take an impressive beating and keep coming back for more, but their slapstick antics are what make them so captivating. Unfortunately, watching Rabbids zap each other with lasers or get squashed by giant dice is about the only entertainment Rabbids Land provides.

The concept is simple: The Rabbids have entered a Disney Land-like theme park full of crazy rides and attractions, and frivolity ensues. Except frivolity doesn’t ensue. You and up to three friends take turns rolling the dice and working your way around a simple circular board. Landing on different squares thrusts you into a variety of challenges, but none of them make you want to roll the die a second time.

Minigames are Rabbids Land’s primary activity. These offer a wide range of tasks, and try to make inventive use of the Wii U’s controller, but few are implemented well. One game lets a player control a ship as it circles a giant squid, while the competitor blows on the Wii U gamepad in order to make the octopus launch penguins at the ship. Other games have you tilting the gamepad to roll a boulder around a maze, buckling Rabbids into a carousel before the ride starts and flings them off, and helping a Rabbid surf through space as he dodges a barrage of fireballs.

The minigames are creative, but not entertaining. They are so universally boring that I had trouble getting friends and co-workers to stick around to finish a single playthrough. Some games are also conceptually flawed – I could never win a game that had me tracing pictures on the ground, because 80 percent of the time my tracings wouldn’t register on the Wii U gamepad. And while the game is technically four-player, the minigames are only one-on-one affairs, which means that two random players have to sit out each minigame. They are actually the lucky ones.

You are awarded trophies for winning minigames, but other activities, such as a trivia challenge, also occasionally award you trophies. You can also acquire gifts as you work your way around the board, and these do a variety of things such as allow you to travel backwards around the board, steal another player’s trophies, or lay traps on specific squares. These additional mechanics add an extra layer to the mechanics, but it all feels like fluff and only manages to make a playthrough of Rabbids Land feel more drawn out and tedious.

I think the Rabbids franchise has a lot of potential. I like party games, and titles like Rabbids Go Home are a good excuse to collect a few friends for a couple hours of laughter. Unfortunately, Rabbids Land’s dull and repetitive minigames ruin a party already soured by slow pacing and tedious dice rolling. 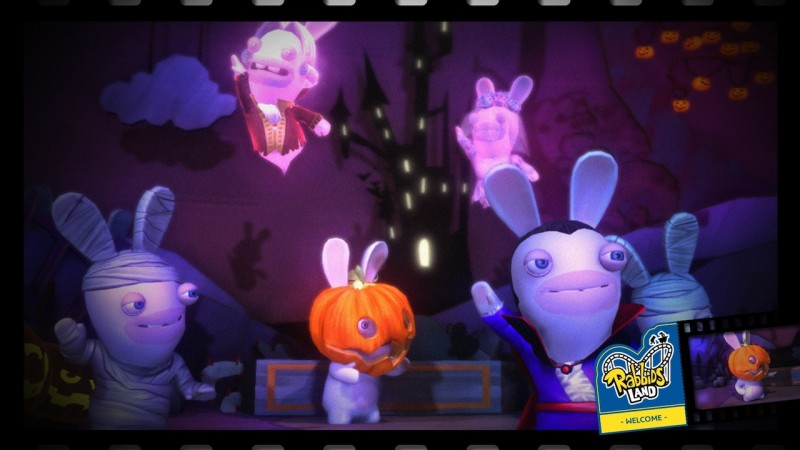 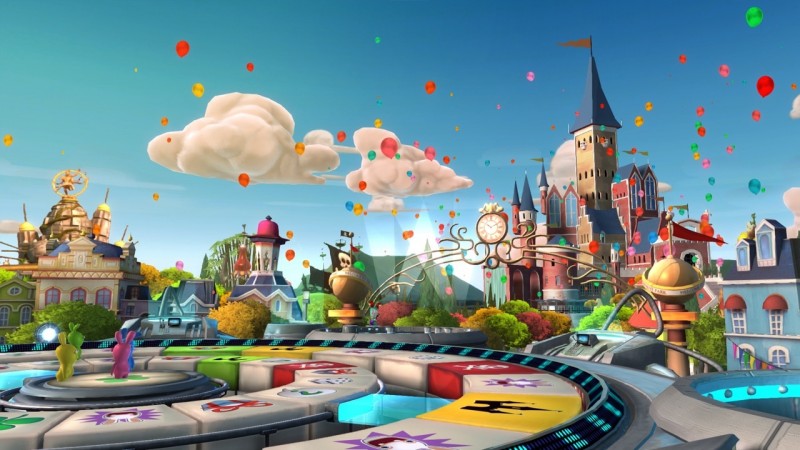 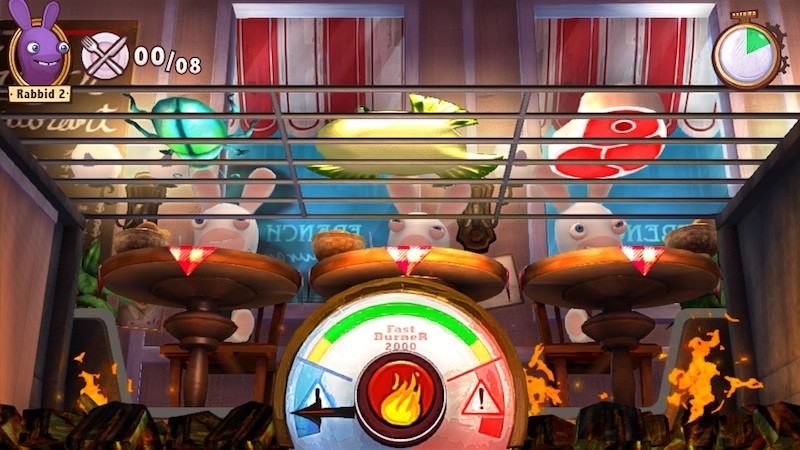 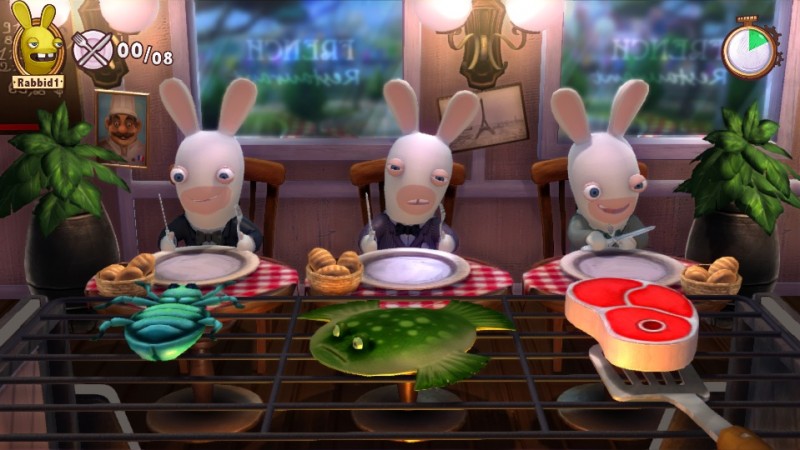 4
About Game Informer's review system
Concept
Take Mario Party’s tired minigame-infused board game concept, add Rabbids, walk away
Graphics
The animation work is good, but there is nothing particularly shiny about the graphics; there is no reason this couldn’t have been a Wii game
Sound
Ubisoft’s Rabbids make a lot of funny and odd sounds, but you’ve probably heard them before and nothing else this game does is worth listening to
Playability
Rabbid Land’s controls are simple and its minigames are easy to learn, but they aren’t very balanced or fair
Entertainment
A few of the minigames are worth revisiting, but you’ll probably have to play them again even during just one play session
Replay
low 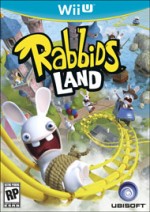