Nintendo doesn’t do a whole lot of promotion for its downloadable 3DS titles, so it can be easy for them to pass right by. But Pushmo is one that every owner of the handheld should at least look into. It’s created by Intelligent Systems, who made notable DSiWare hits Dragon Quest Wars and Link ‘n’ Launch and such tactical classics as Fire Emblem and Advance Wars.

Pushmo stars a little, red guy named Mallo, clad only in a small, blue sumo thong. He pulls out platforms from the wall like dresser drawers to create a path to the top of the structure and rescue trapped kids. All blocks begin flush with the back wall, and Mallo can pull them out to three different degrees. If you screw up, a reset button brings everything back to default and a rewind button kindly takes things back to just before you made that bad jump or accidentally blocked off the path forward.

Things start out extremely simple, but eventually the structures balloon in size and complexity, adding in teleportation portals and other gadgets. Puzzles are divided into themed worlds. Sometimes the game will teach you new tricks, other times you’ll climb around on a pixelated object or being, and some are all about being a challenge rather than looking like anything.

The opening tutorial world seems to last forever and will hardly spark up your neurons, but once you’re free from the text box interruptions, the difficulty curve rises smoothly upward. When you surpass an especially challenging conundrum it can be quite satisfying. However, if you’re held up, Pushmo lets you skip forward after a certain amount of time has passed. It’s a good balance of providing the sensation of unlocking while at the same time not putting up roadblocks that could stop players from returning.

After solving puzzles for hours straight, the overall formula of the game became a little stale. Pushmo works best when played in smaller doses, or you risk getting burnt out. For some reason or another I just didn’t hit the tipping point of complete addiction with it, but when I came back after some time off, it always charmed me again. And while they may not be quite as difficult, I preferred solving the picture-based puzzles, maybe because it reminds me of picross. I have a feeling most people’s favorite puzzles will be in the later Nintendo-themed world chock full of Mario and Zelda sprites.

If the over 250 puzzles isn’t enough for you, an easy-to-use level editor allows you to create your own designs and share them with others via QR code. The codes export simply and you can find other players’ creations by typing “Pushmo QR” into a search engine on your PC. You just line up the code on your 3DS camera and it’s instantly on your system. As nice as this system is, Nintendo should have gone the extra mile and created an official Pushmo level creation site that everyone could go to instead of forcing people to scour all corners of the Internet. Despite this complaint, the user-created content, plus the hundreds of official included puzzles, could theoretically keep the dedicated Pushmo fan busy forever. 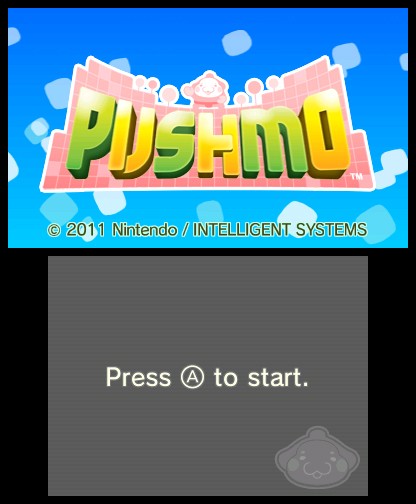 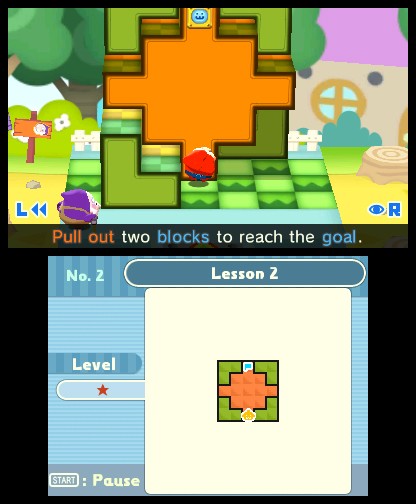 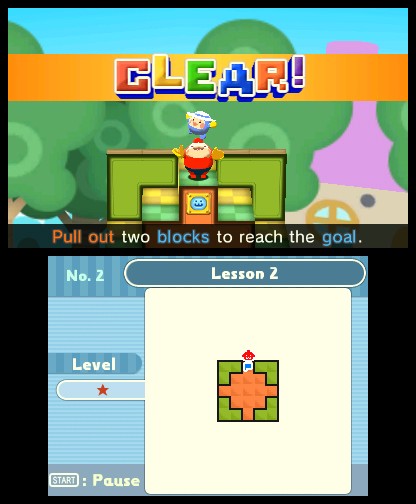 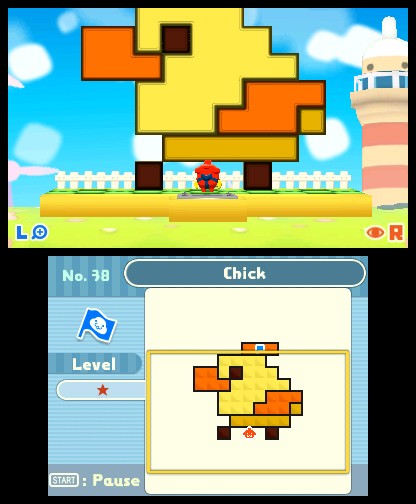 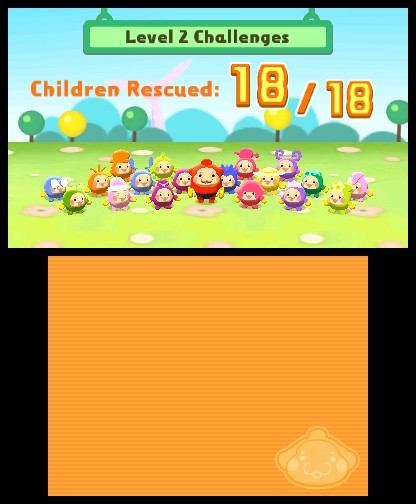 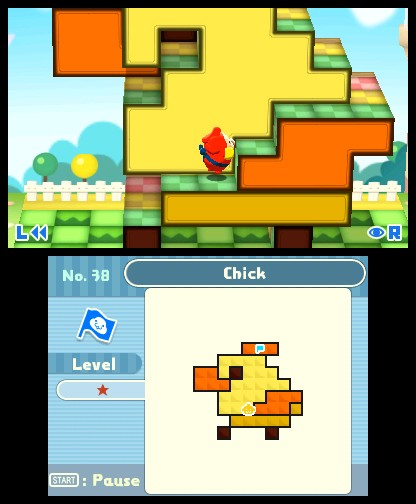 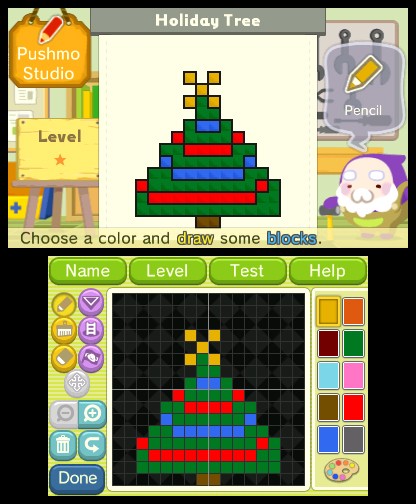 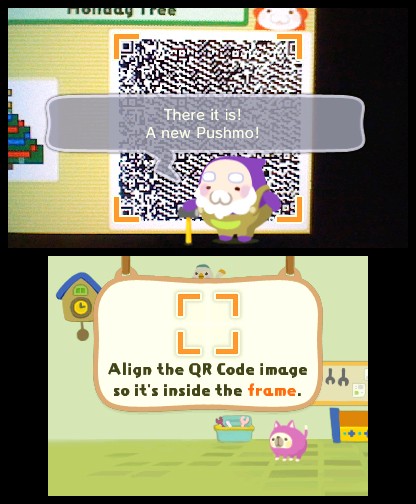 Nintendo doesn’t do a whole lot of promotion for its downloadable 3DS
titles, so it can be easy for them to pass right by. But Pushmo is one
that every owner of the handheld should at least look into.

Purchase More Info
8.25
i
Game Informer's Review System
Concept A puzzler that could have easily been inspired by pushing and pulling drawers
Graphics Pixelated creations serve as the backdrop while a small, sumo-inspired, red puff ball manipulates it all
Sound A limited soundtrack means you’ll be hearing the same material over and over again. You might as well go with your mp3 player of choice
Playability Jump, push, and pull. It doesn’t get much simpler than this. A handy rewind feature helps cover mistakes
Entertainment Things start out way too easy and over-explained, but the challenge kicks in plenty well later on
Replay Moderate