Pudding Monsters comes from ZeptoLab, the creators of the highly successful Cut the Rope, one of the titles that have come to define the iOS gaming experience. Pudding Monsters shares little with Cut the Rope as far as mechanics go, but it has charm – an area where ZeptoLab is proving to be very adept.

Pudding Monster tasks players with moving pudding globules around a frictionless board in order to combine them into one intimidating blob. If you slide a globule and nothing impedes its path, it flies off the edge and you have to restart the puzzle. The ultimate goal is to combine all the available blobs into one giant blob, but in order to get the familiar three star rating for each puzzle, you want to make sure you gather your blobs in specific locations.

You may recognize this type of puzzle, as it has appeared before in games like The Legend of Zelda, but usually in the form of moving ice blocks. Pudding Monsters mixes it up beyond the ice block formula by adding sleeping blobs, blobs that create sticky paths, groups of blobs that only move together in unison, and blob cloning machines in the later collection of puzzles. These different blobs make these puzzles feel much different than comparable games, but the core sliding mechanic is always prominent.

The Pudding Monsters are designed simply with few features, but they project a lot of character with what they’ve got. The eyeball animations make the blobs seem inquisitive and humanoid, and adding something as simple as a mustache (which appears on blobs every now and then) somehow adds maturity and makes them seem fatherly. I felt bad for them when I accidentally flung them off the side of the board.

The puzzles are somewhat bland. It may be a product of playing these types of puzzles before, but I rarely felt excitement or reward for completing them. The puzzles aren’t easy, especially if you are going for the three stars on each level, but I never got a sense that I was thinking through a problem, so much as I was lazily sliding blobs around until they were stuck together. The different types of blobs keeps things from getting monotonous, but there was a sense of tedium that I never felt I could get past.

The collection of bonus puzzles after completing the game do offer meaty puzzles with limited solutions, which is where the game shines the brightest. It wasn’t until these last few puzzles that I got to the brow-furrowing, plan-in-advance sort of puzzle solving that I love. Replaying completed levels for additional solutions also offers a difficult puzzle challenge, but there is little reward for pursuing those extra objectives.

ZeptoLab continues to set a high bar with its presentation and gameplay, but Pudding Monsters comes up short in the innovative puzzle department. I ripped through it very fast, and though there is the promise of free additional puzzles in the future, I don’t think I will be returning to stick more blobs together. 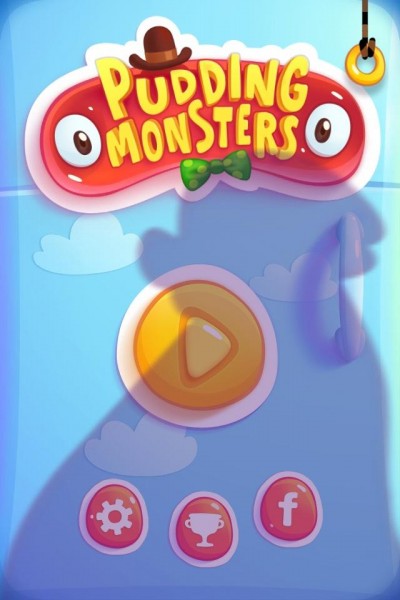 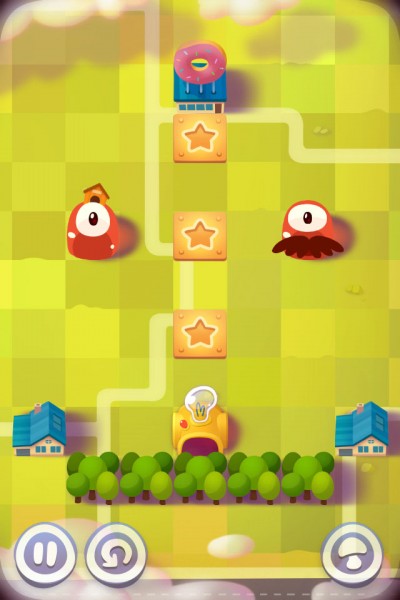 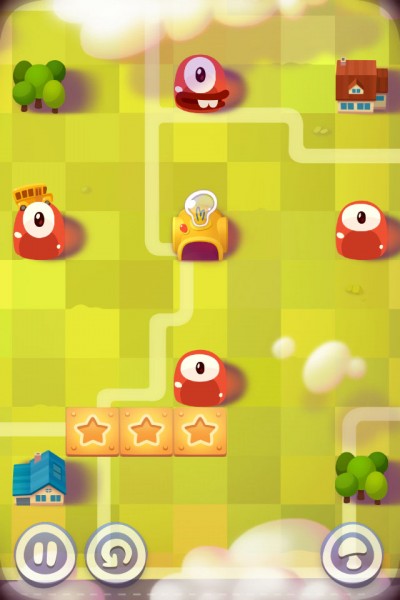 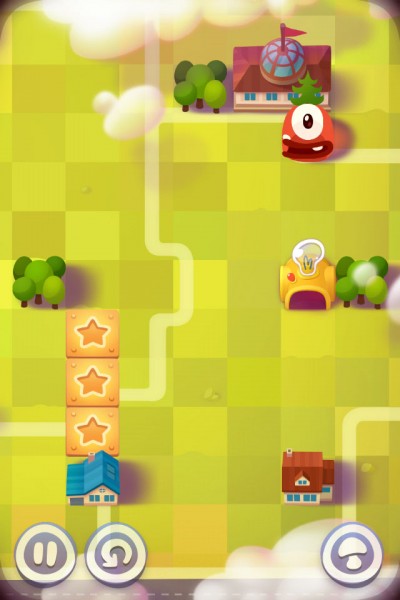 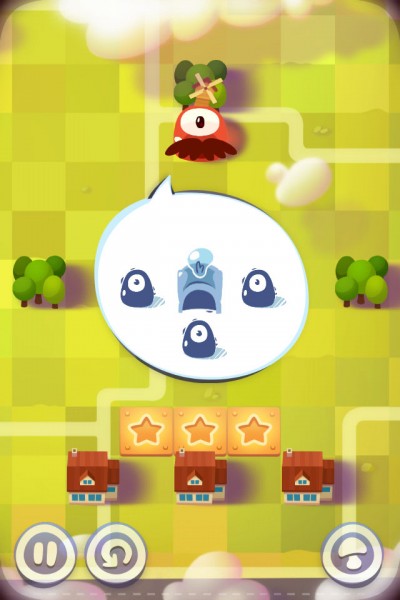 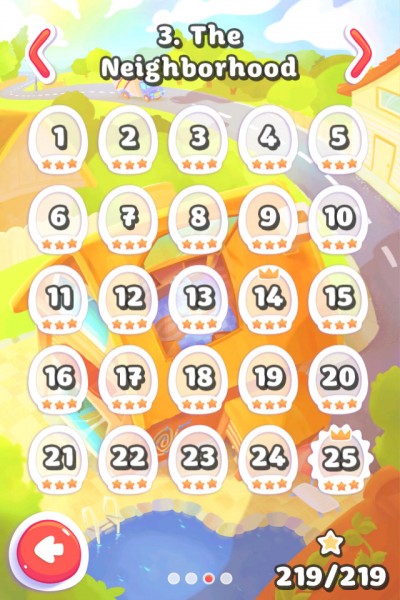 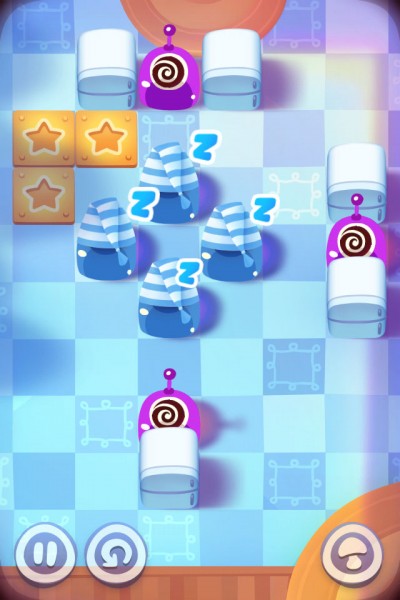 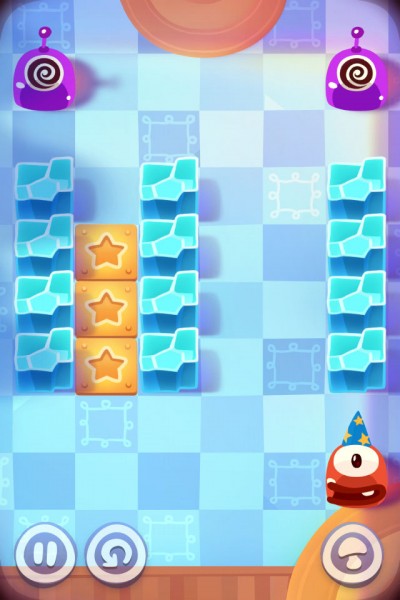 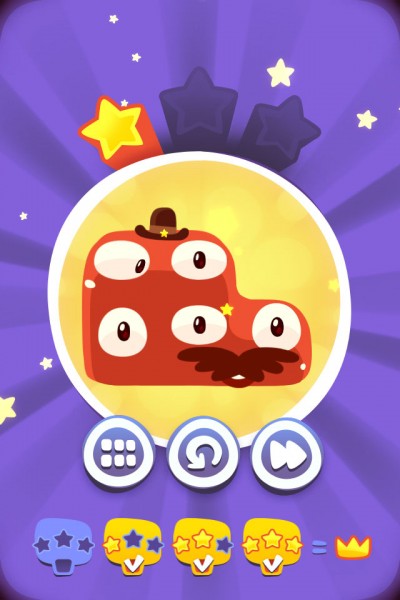 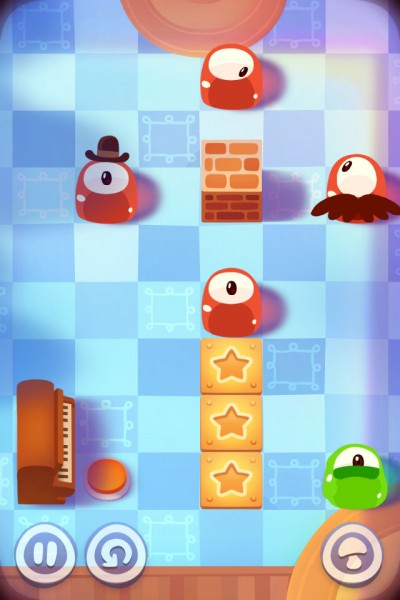 7
About Game Informer's review system
Concept
Connect separated globs of pudding into one creature by sliding them around a frictionless surface
Graphics
Everything looks sharp and colorful, and the small animations add a pinch of character to the amorphous blobs
Sound
You hear a bit of funk here and there, but mostly the music fades into the background
Playability
Controls are a simple matter of touching and swiping, and the process always works exactly the way you meant it to, even if it may not always solve the puzzle
Entertainment
A flash-in-the-pan puzzle game. It’s entertaining while it lasts, but doesn’t stay with you
Replay
Moderate 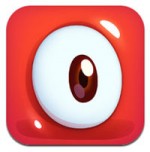