In Pursuit Of Justice And Optimization
by Joe Juba on Oct 06, 2015 at 05:59 AM
Publisher: Double Eleven
Developer: Double Eleven
Rating: Rating Pending
Reviewed on: PC
Also on: PlayStation 4, Xbox One, Xbox 360 I thought I was being smart when I built a large holding cell near the main entrance to my first prison. I figured that the less distance prisoners needed to travel before being secured, the less opportunity they had to misbehave. One broken jail door and one riot later, I discovered my strategy also put unruly prisoners a few easy steps away from freedom. Despite multiple escapes and guard fatalities, I wasn’t discouraged by this failure. Prison Architect makes it fun to poke at systems and watch how they respond, and even if the result is disastrous, you learn something to make subsequent efforts more successful.

Prison Architect entrusts you with the construction and management of a prison, including the well-being and rehabilitation of its unwilling residents. That’s a big job, and it is overwhelming at first. You manage areas like construction, utilities, daily schedules, guard patrols, education programs, and family visitation. The game is incredibly complex; the campaign mode tries to teach you the basics (with story and dialogue that take themselves too seriously), but most of your expertise comes through trial and error. This approach can be daunting, but the mistakes can be just as fun as the successes. I had one maximum-security prisoner who was an absolute nightmare, breaking out of his cell and murdering guards at every opportunity. He eventually got killed in a brawl (which he probably started), but dealing with him taught me the importance of armored guards, tasers, and carefully zoning each area of the prison for the appropriate security levels. Despite the chaos, challenges like these are fun and make you better equipped for the next crisis.

Ultimately, the goal is efficiency. You need to keep prisoners docile enough to obey, but content enough to avoid riots – all while making a profit. This all happens through intelligently constructing your prison, from the walls to the wiring. This isn’t one of those simulations where you just follow your heart and whims because there’s “no wrong way to play.” If you build your canteen too far from your cell block, your prisoners won’t have enough time to eat. If you don’t automate your jail doors, mobs of prisoners collect on either side as they wait for a guard with keys. After you deal with the basics – like cells, food, and hygiene – the layers of complexity are gradually uncovered and give you new goals and challenges. I had a blast optimizing my layout, experimenting with new solutions, and getting closer to that feeling of having a self-sustaining, well-oiled machine.

When all of the pieces fit together, Prison Architect is a deep and involved sim. However, the game has been in Early Access for three years, and despite this official version 1.0 release, it still bears some telltale signs of being a work-in-progress. The menu system isn’t elegant, making it difficult to find the info or item you’re looking for. Sometimes, the info you’re looking for isn’t even there; you may have to head online to find help for certain situations or problems, since the in-game explanations aren’t always sufficient or existent. I also ran into several bugs, like glitchy A.I., overlapping text, and arbitrary items (like laundry machines and weapon racks) that can’t be rotated. Simulations are complicated and have a lot of connected elements, but these hitches make some aspects of the game feel unfinished.

The long incubation period had another effect: It gave the community time to create content. You can find plenty of maps and mods to help you tailor your experience, and checking out other players’ prisons often provides inspiration. You can also use community creations (or one of your own) to try out Escape Mode, which puts you in control of an inmate trying to break free. It sounds interesting, but it’s a pretty thin offering that highlights the baffling under-the-hood A.I. workings. Why would someone let a prisoner through the staff-only door to the weapon-filled infirmary? Why do guards take me back to a different cell every time I cause trouble? Escape Mode is fun to goof around in for a bit, but your time is better spent building the prison than finding your way out.

Despite its rough edges, Prison Architect provides enough depth and customization to make it compelling. Every riot, escape attempt, and execution brings you a step closer to building the perfect prison – all accompanied by the amusing (and sometimes horrifying) moments that emerge naturally in any good simulation. 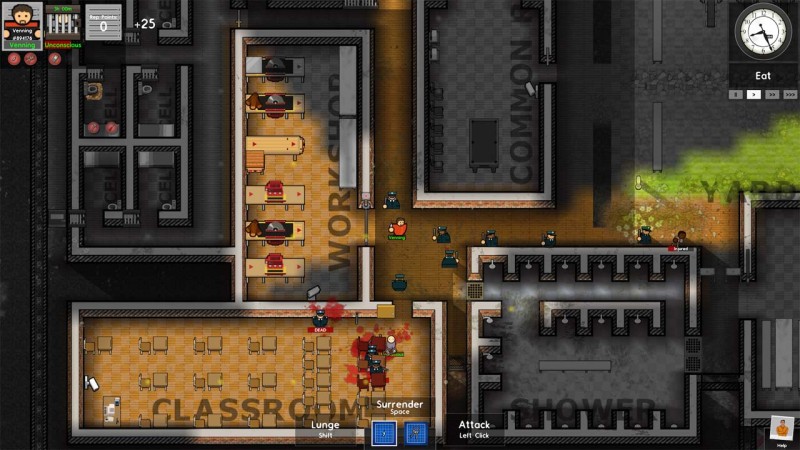 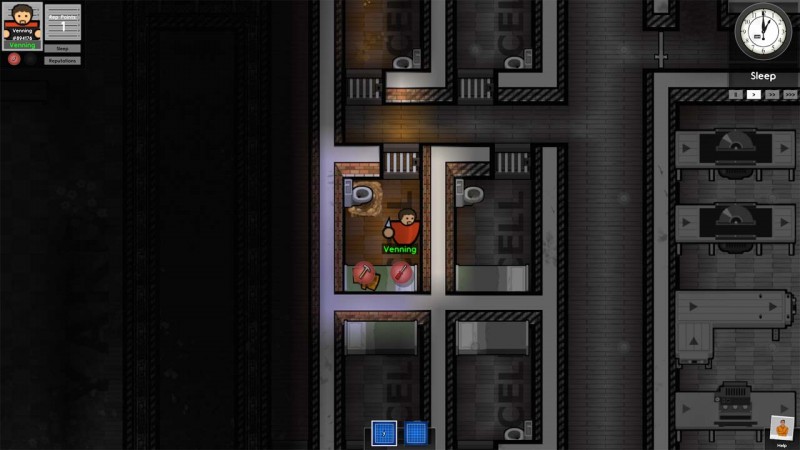 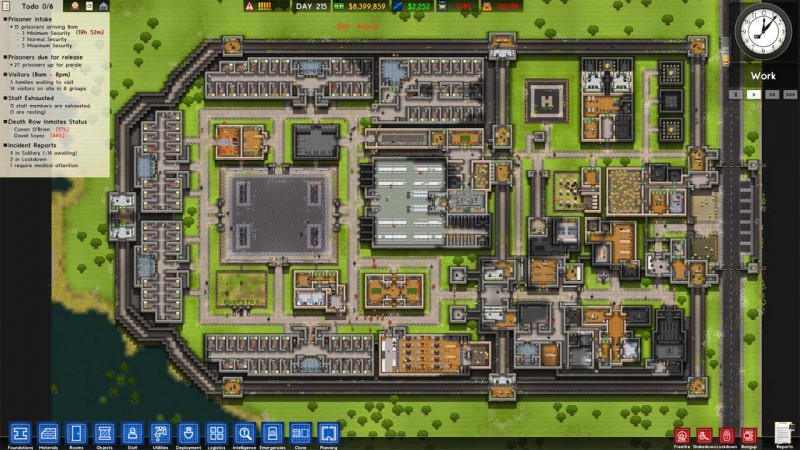 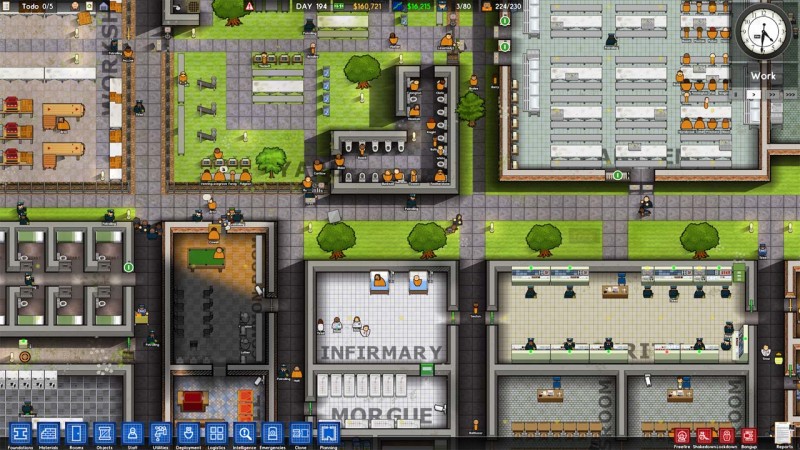 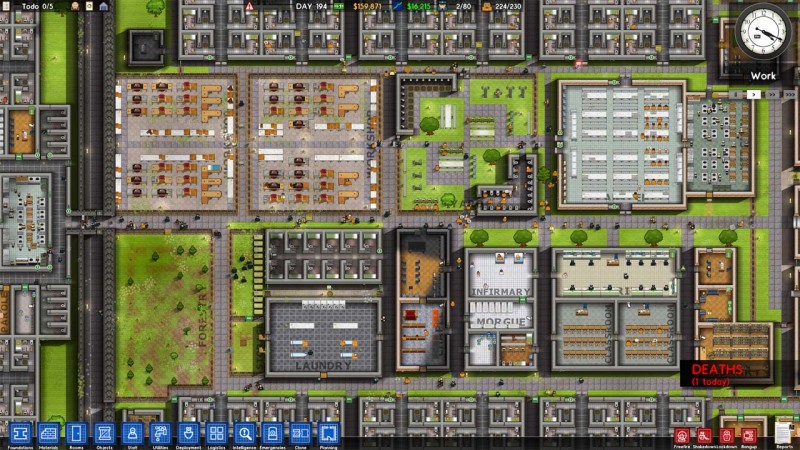 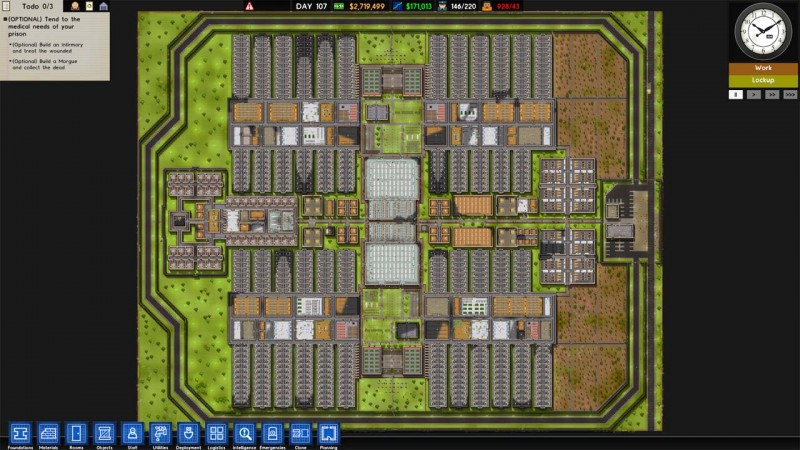 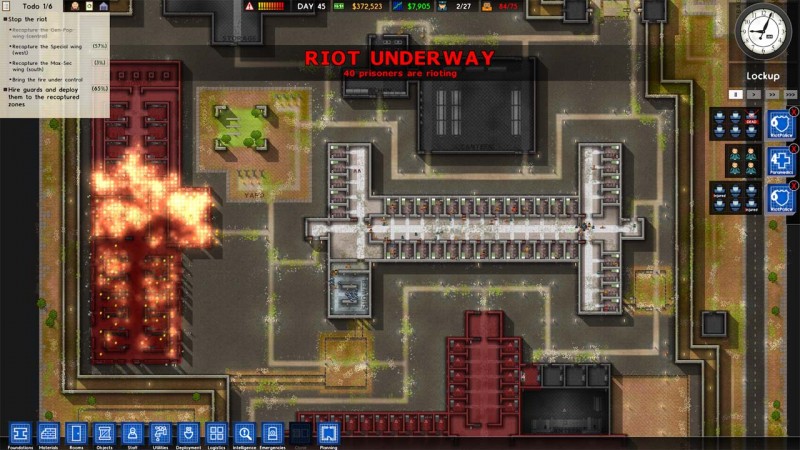 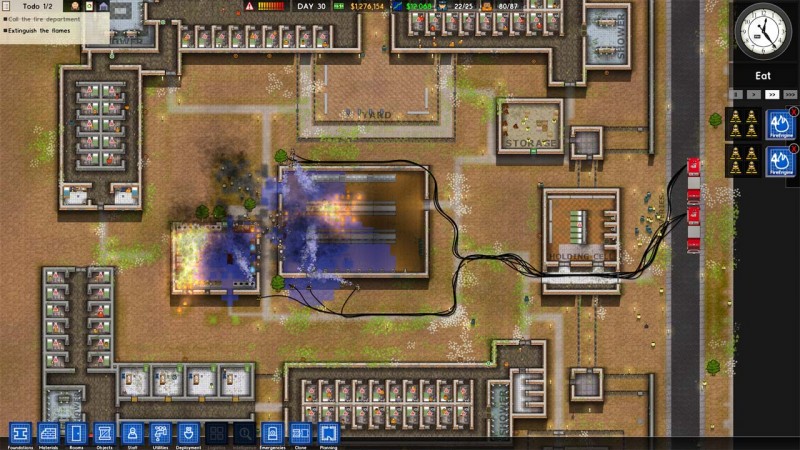 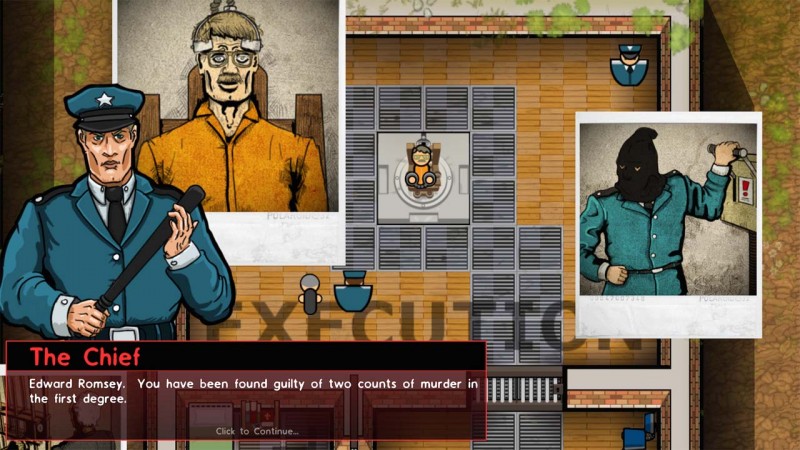 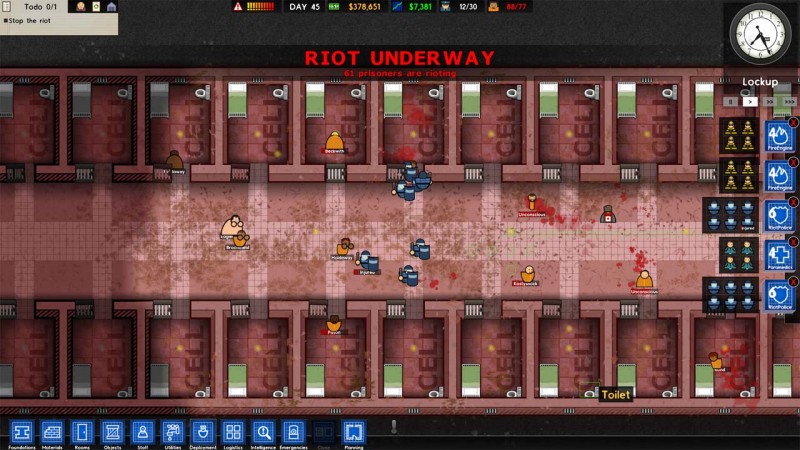 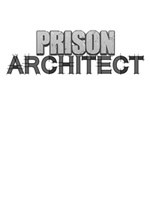 Despite its rough edges, Prison Architect provides enough depth and customization to make it compelling.

Purchase More Info
8
i
Game Informer's Review System
Concept Build and manage a prison, handling all of the decisions big and small
Graphics The visuals are simple and stylized, which makes some of the violent events (like riots and executions) less disturbing
Sound Make your own prison-themed mix in iTunes, because the audio is minimal on all fronts
Playability The interface is complicated and cumbersome, but contains a staggering amount of information and options
Entertainment Great moments emerge naturally from well-made simulations, and Prison Architect has no shortage
Replay High