In the late 1930s, structural engineer Leon Moisseiff designed a suspension bridge that spanned the Tacoma Narrows strait. The third-longest suspension span of its era, Moisseiff’s bridge was so slender and elegant that he believed it was the "most beautiful bridge in the world." Unfortunately, the Tacoma Narrows Bridge had a tendency to sway erratically in the wind, quickly earning the nickname Galloping Gertie. Only four months after its construction, Moisseiff’s prize was rippling like waves, and eventually collapsed into the Puget Sound where it became one of the world's largest man-made reefs. On the day of its collapse, Moisseiff’s pride turned into horror and then shame. After playing Poly Bridge, I’m very familiar with that emotional roller coaster – albeit on a much smaller scale.

The goal of each of Poly Bridge’s 100-plus levels is simple: Build a bridge that allows various vehicles to cross a river or some other geological gap. As the challenges progress, the cars get heavier, the distances get longer, and you have to worry about other environmental factors (such as boat traffic). Later levels also unlock sturdier building materials, and I was always eager to put these new supplies to the test. The best materials are limited, but I like how that encouraged me to be creative, and I enjoyed finding unorthodox solutions to structural engineering problems.

Unfortunately, creativity only gets you so far in Poly Bridge. The physics do a spectacular job taking into account the strength and weight of all your materials as well as the structural integrity of each joint, so the game knows when your shaky bridge won’t be able to support its own weight, much less a steady stream of traffic. This is cool on a simulation level, but it also means that you’re better off approaching each problem like an engineer and not like a kid with a box full of K’NEX.

I was often left scratching my head wondering why my bridges kept collapsing. Even after watching the tutorial on hydraulics, I spent almost half an hour on a series of trial-and-error experiments that resulted in a drawbridge that would have been laughed out of medieval England. My slapdash approach to bridge building was often more fun, but that approach also resulted in some monstrous creations that looked more like Picasso paintings than functional crossings. More helpful instruction might have helped mitigate these frustrations, but Poly Bridge leaves you swaying alone in the breeze.

When the pieces come together, Poly Bridge gives you the chance to create some spectacular things. I almost cheered after building an elaborate vertical-lift bridge that allowed both cars and boats safe passage. Unfortunately, on the way back down, one of the hydraulic lifts tore apart its wooden supports, meaning it could never be used again. Poly Bridge proves that building monuments that last rarely comes easy. 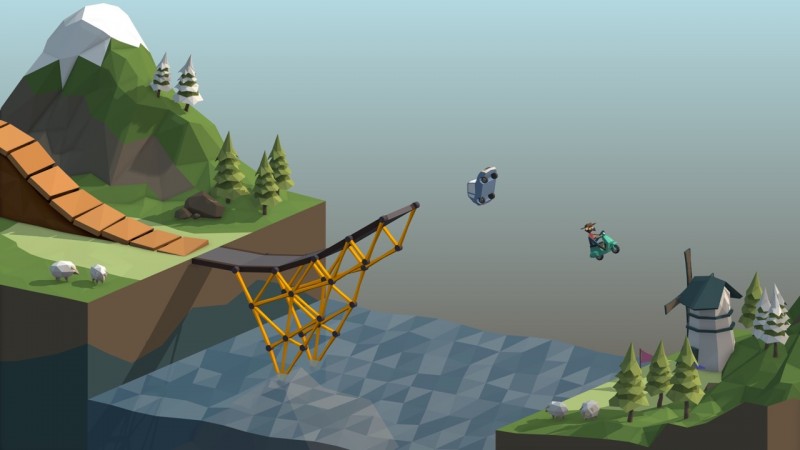 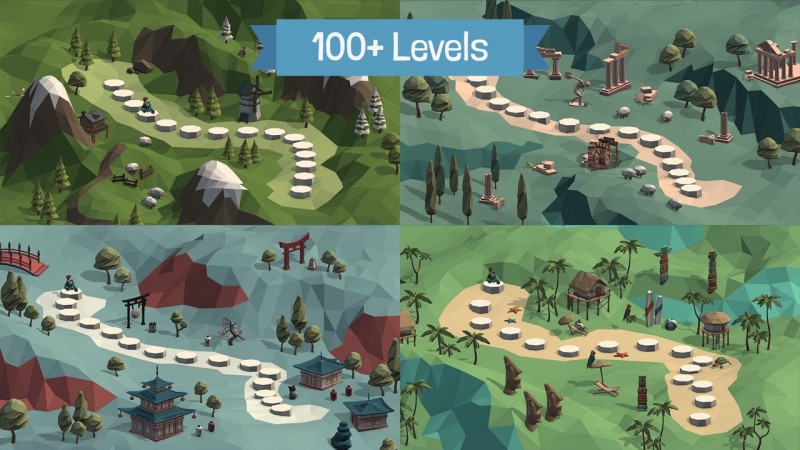 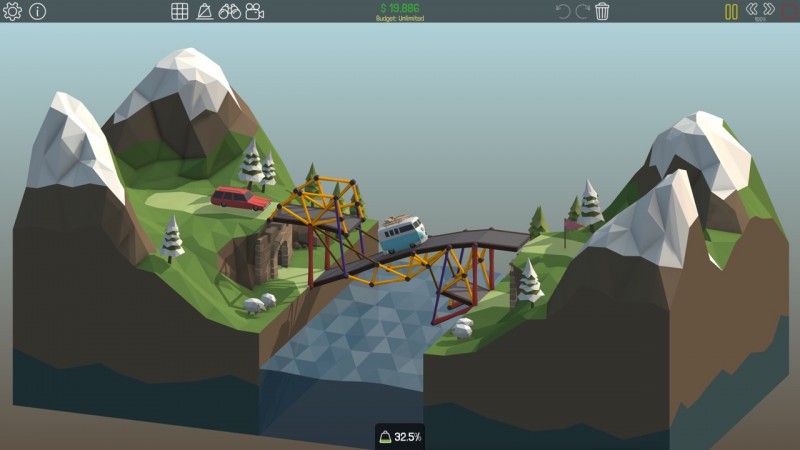 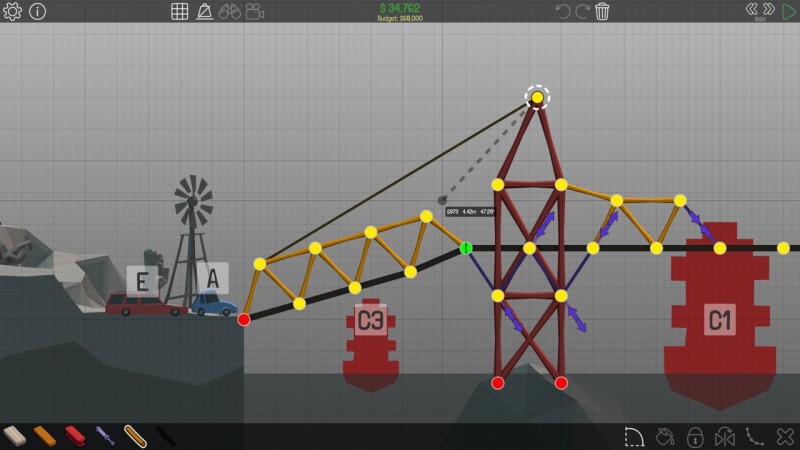 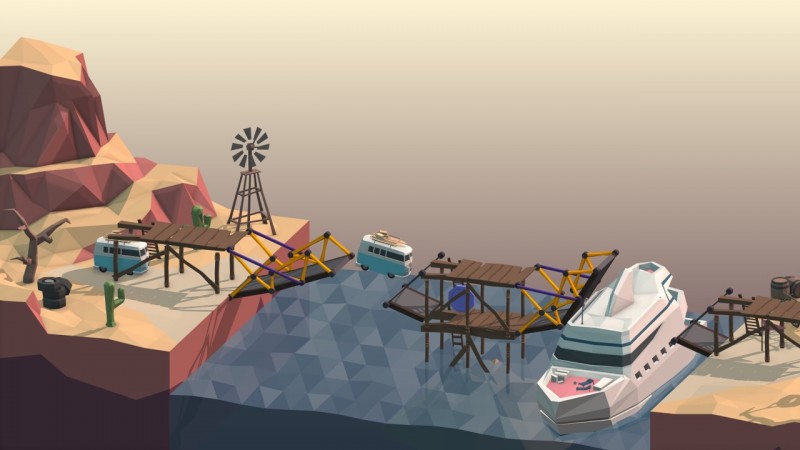 Poly Bridge is more of a builder’s toolbox than a traditional game. Overcoming these engineering challenges is rewarding, but reaching the solution takes a lot of work.

Purchase More Info
6.5
i
Game Informer's Review System
Concept An elaborate toolset and physics simulation that allows users to construct intricate bridges across various natural gorges
Graphics Poly Bridge’s colorful, model-train-style environments are incredibly charming
Sound The music is light and bubbly, and I love the cartoony sound effects associated with actions like undo and copy
Playability Starting a bridge is easy, but you need to know a few things about physics to really succeed in the later levels
Entertainment Poly Bridge is more of a builder’s toolbox than a traditional game. Overcoming these engineering challenges is rewarding, but reaching the solution takes a lot of work
Replay Moderate