Mystery Dungeon is one of Pokémon’s many offshoots that mostly misses the mark of what makes the core releases so difficult to put down. Mystery Dungeon is a roguelike sub-genre from developer Chunsoft that uses known gaming franchises like Final Fantasy, Dragon Quest, and of course Pokémon. This entry shares some overlap with the traditional Pokémon games with similar combat mechanics, the ability to add Pokémon to your team, and of course the presence of adorable little pocket monsters everywhere you turn. For the most part, the Pokémon’s Mystery Dungeon games have been forgettable (and sometimes terrible) additions to the Pokémon and Mystery Dungeon franchises. Gates to Infinity is the first of the series to appear on the 3DS, and it takes it in a direction much more promising than any of the past.

The game begins with you choosing a Pokémon to control directly, then forming a team of other creatures to delve into randomly generated dungeons. Combat borrows from the core Pokémon games by giving you four attacks and opportunities to learn new attacks and level them up. It’s still turn-based, but you don’t enter a separate battle screen. Instead, you duke it out as soon as you move next to an enemy. You both select your attacks in real time as things play out, and it leads to a much faster experience. It feels like the traditional combat of Pokémon, but the burst of speed makes it a more enjoyable experience.

The idea behind randomly generated dungeons is an admirable one, but it is one that can be problematic, and Gates to Infinity shows off how. Instead of creating a sense of discovery every time you enter a dungeon, you are met with a disappointing sense of déjà vu that permeates every level. Without a calculated and deliberate design, they all end up feeling the same, even when the environmental palettes are swapped.

Outside of the mostly boring dungeon crawling, you have Pokémon Paradise, an area that you own and manage, which can be expanded by spending earned money and collecting items from missions. You can add new shops, grow crops (which give you items to restore health, etc.), and even unlock minigames. Pokémon Paradise gives the most incentive to enter dungeons to find things. Building your own paradise and maintaining it gives a sense of ownership over your neck of the woods. It’s exciting to see it grow and watch its population of Pokémon expand.

Pokémon Mystery Dungeon: Gates to Infinity struggles with its simple dungeon exploration. The levels are never complicated or interesting, and combat offers very few tactical options. Outside of the dungeons however, the game shines with an interesting world, cast of Pokémon characters, and even its sugary-sweet story geared towards a younger audience. Regardless, these Pokémon have a mission, and I never wished I could skip the dialogue. Discovering the Magnagates
Outside of the main game is the Discover a Magnagate mode. In this mode, players point the 3DS’ camera at round objects in the real world, which opens portals to hidden dungeons. After trying out a number of round objects, the only one I could get to work was the shade surrounding an active light bulb. Everything else was too dark, despite my efforts to brighten the room. Once the portal opens, you find the familiar dungeon exploration of the main campaign, but with more and better items hidden throughout. Considering the technology doesn't work very well, and the dungeons feel no different from the campaign, Discover a Magnagate mode ends up feeling like an entirely unnecessary addition.
Off
On
Off 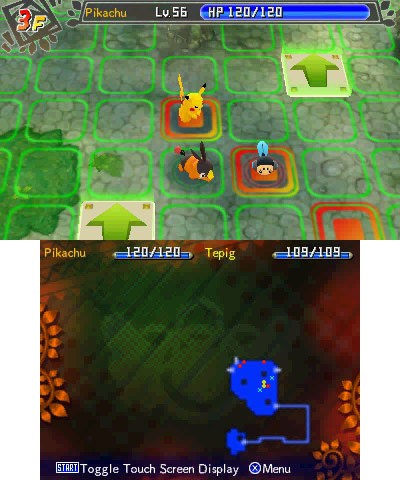 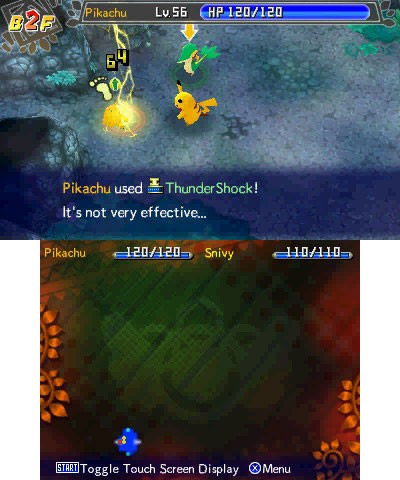 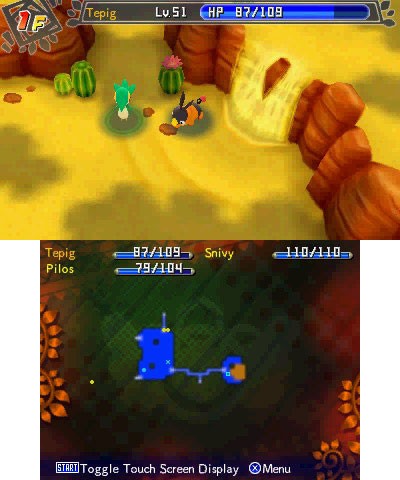 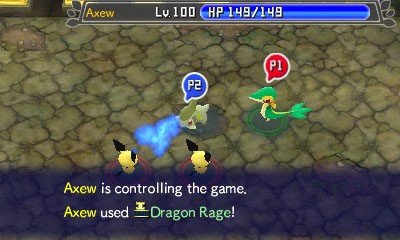 6.75
About Game Informer's review system
Concept
Place Pokémon in a world free of humans to explore randomly generated dungeons and build a paradise
Graphics
It’s all very adorable and brightly colored – sometimes too adorable and brightly colored
Sound
The soundtrack surprises with quality offerings, at its best recalling music from The Legend of Zelda: Wind Waker
Playability
Grid-based movement and simplistic combat make everything too easy to play
Entertainment
Mystery Dungeon is repetitious by design, but worthwhile distractions keep you from nodding off
Replay
Moderate 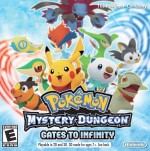