When the original Plants vs. Zombies was ported to iOS, its success was unsurprising. The zany roster of plants, accessible gameplay, and clever strategy proved to be a fresh take on traditional tower defense that appealed to a wide market. Even though PopCap can’t guarantee the sequel will be as popular as the original, the company has sown the seeds for ­another ­hit.

When Crazy Dave – your companion from the first game – decides that he wants to go back in time and eat his favorite taco once again, he builds a machine that accidentally sends him skipping across time like a stone over water. Wisely, PopCap doesn’t cram a verbose story into this silly package; Dave has a few cheeky lines of dialogue, and then you’re off to ancient Egypt to kick zombies off the ­Pharaoh’s ­lawn.

Like the first game, zombies steadily advance toward you, and you have to plant rows of vegetation in order to combat the encroaching hordes. Each time period poses its own unique challenges. The yards of ancient Egypt are full of tombstones, which block some of your attacks until they are smashed.

During the pirate era, you defend a ship from boarding parties of zombies that swing in before dropping onto your ship’s deck. However, I was particularly fond of the mine carts in the Wild West level. You can only place one plant on a mine cart, but you can move the cart vertically across the screen, which creates a mobile offensive force. This adds another layer of micromanagement to PvZ 2’s gameplay, but because you can’t plant on mine cart tracks, it also means you have fewer places to deploy your defensive plants. I loved these levels because they force you to be extra clever with your ­floral ­arrangements.

No matter which time period I found myself in, I couldn’t wait to see what kind of rewarding challenges awaited me on the next level. In Egypt, Ra zombies forced me to nab my sun quickly before they snatched it up. In Pirate Cove, I shored up my defenses because ­cannonball zombies ­constantly ­bombarded my back rows with undead midgets. In the Wild West, I had to keep my offenses mobile, because piano zombies can make other zombies dance and occasionally two-step their way to adjacent rows.

Fortunately, PvZ 2 constantly rewards you with new plant types to overcome these challenges. Plants like the Bloomerangs, which whip boomerang pedals back and forth across the screen, help round out the returning cast. I also love Pea Pods, which can be planted on top of each other, adding more peas to each pod until the max of five peashooters on a single square creates a Gatling gun effect. However, my favorite new plant is the Bonk Choy. These inexpensive plants do massive close-range damage, and become nearly invincible when coupled with a good defense plant. Only occasionally did I discover a new plant that I didn’t enjoy. Lightning Reeds, for example, are only useful against flocks of ­zombie ­chickens.

The innovations don’t stop with new plants and new zombies. You collect plant food as you play, which can be used to temporarily power up your plants in a variety of ways. Managing this resource is both thrilling and helpful. Pouring plant food on a sunflower produces a useful burst of extra sun. Adding plant food to an offensive plant usually gives it a powerful, row-clearing super attack. Touchscreen powerups also let you electrify zombies or squash them between your fingers. Not only are these power ups a clever way to utilize the touchscreen interface, they are so powerful I sometimes felt like I ­was ­cheating.

Each time period features an overhead world map. You randomly collect keys from each mission, which can be used to unlock new areas filled with minigames, new plants, and upgrades such as the ability to hold more plant food. The in-game store also allows you to purchase new plants and upgrades via microtransations. Some of these plants can only be unlocked by spending real money (as opposed to being earned in-game), but these “premium plants” are all from the original Plants vs. Zombies (such as Snow Peas and Torchwood), and you can beat the entire game without having to purchase anything. I never felt like the best seeds were being withheld, or that I was being baited into spending real money.

Plants vs. Zombies 2 gives serious strategy players and casual mobile gamers a lot to love. The new plants, zombies, and powers make it feel like a full-featured sequel, and the whole package comes with an amazing price tag (i.e. free). Hardcore strategy fans might hunger for a deeper challenge, and I wish there was a way to unlock the some of the original PvZ plants without spending real money. Even so, when one of my biggest complaints about the game is that I got a cramp from holding my iPad for too long, it’s clear that Plants vs. Zombies 2 is just as addictive as the original.

Let this behind the scenes video explain what's new about the game. 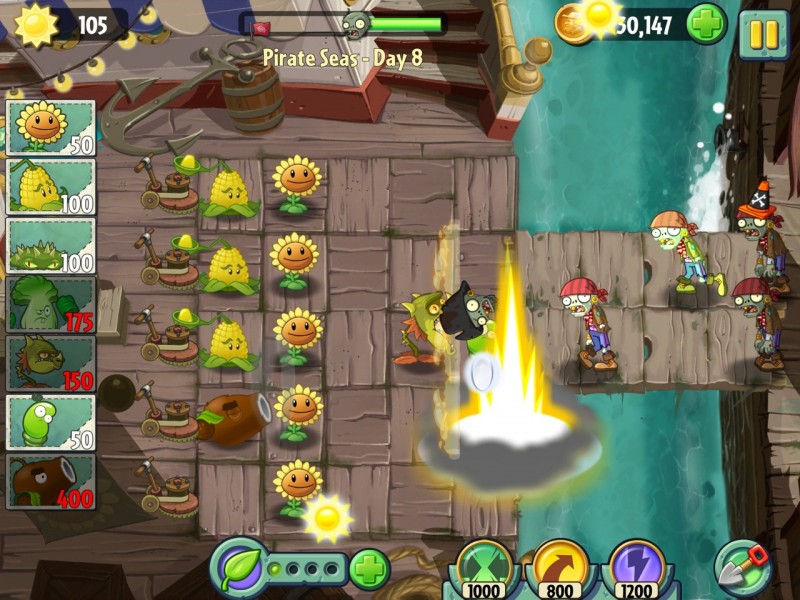 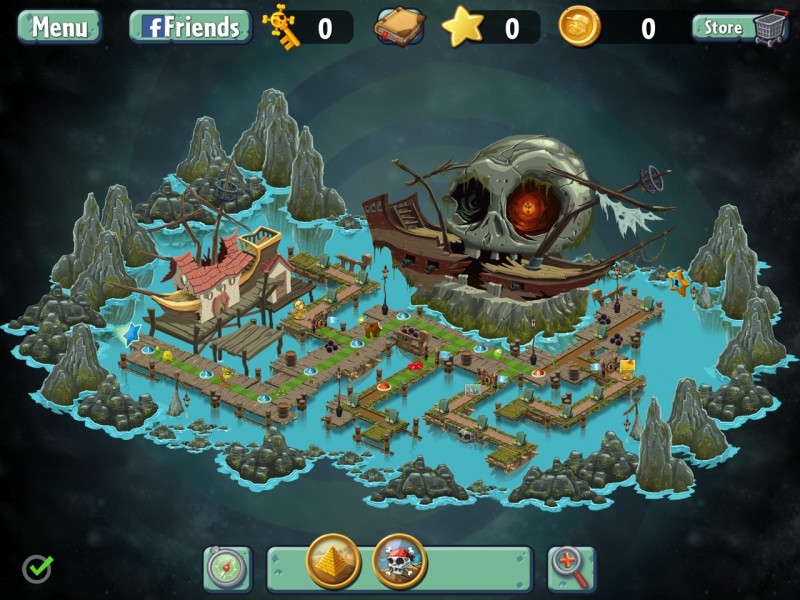 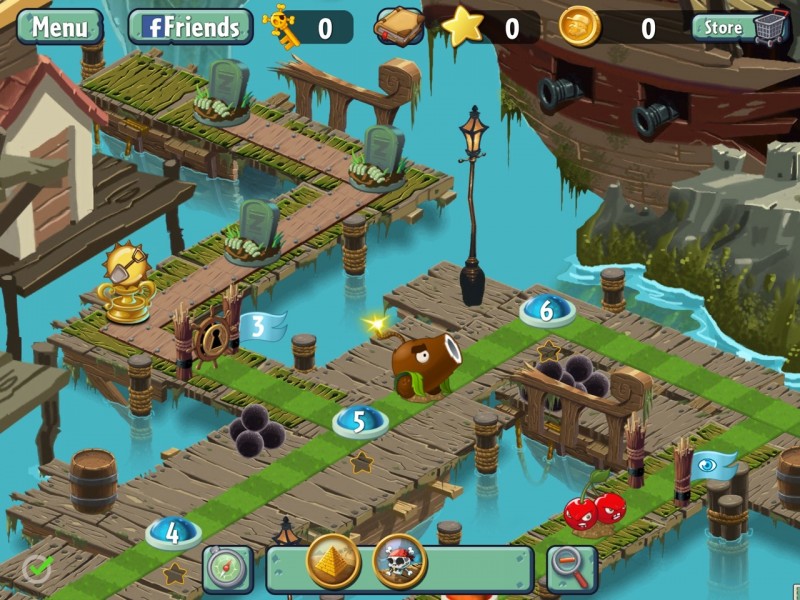 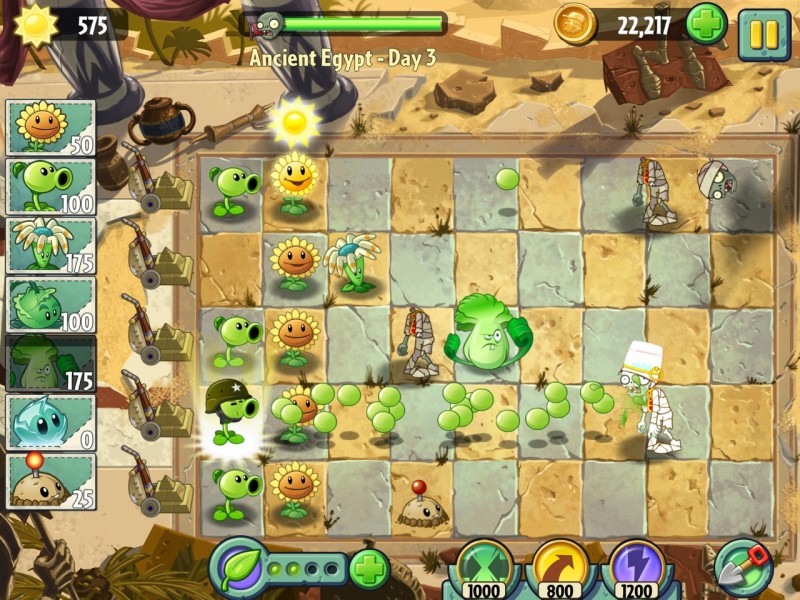 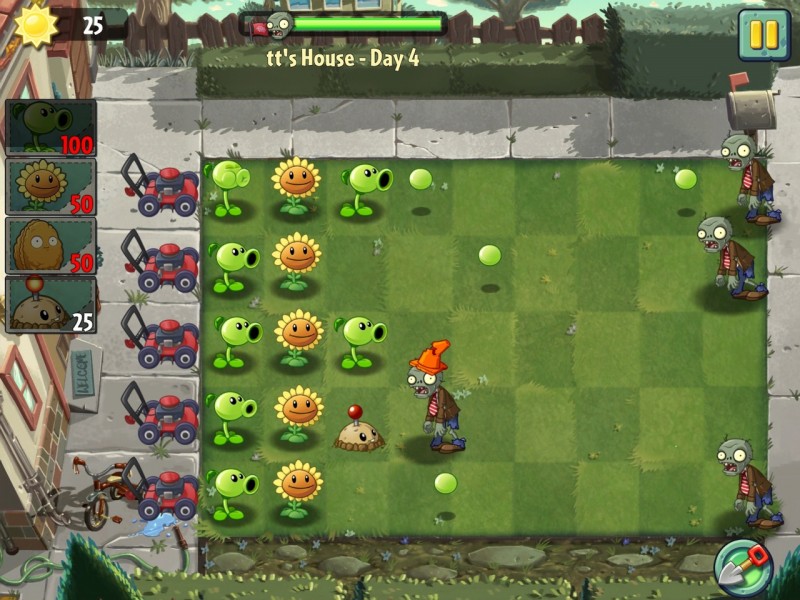 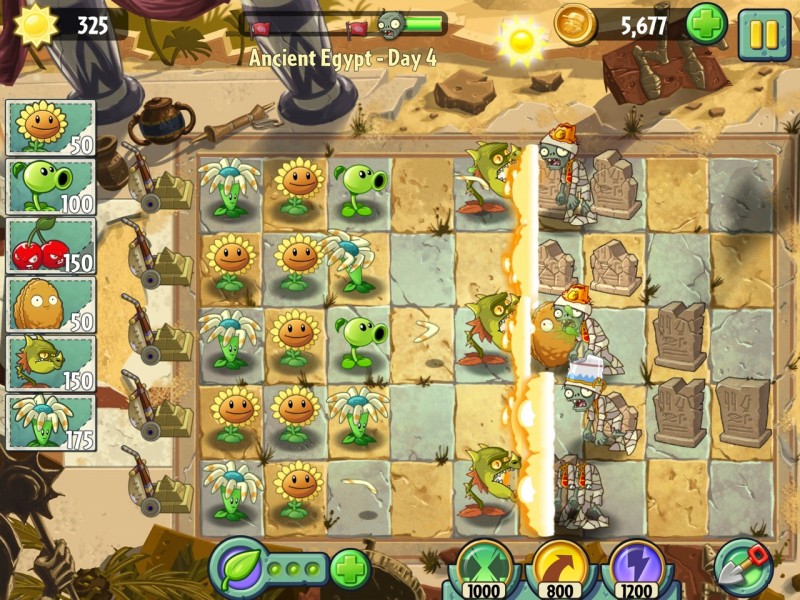 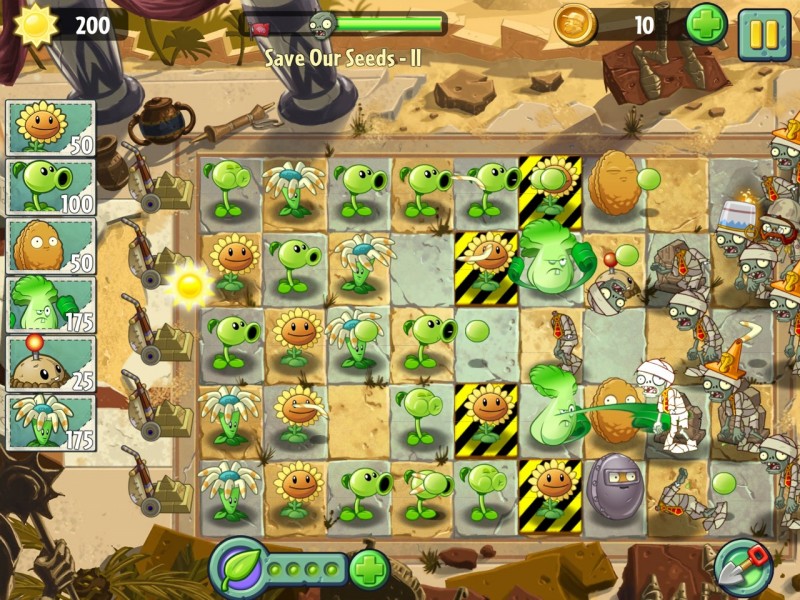 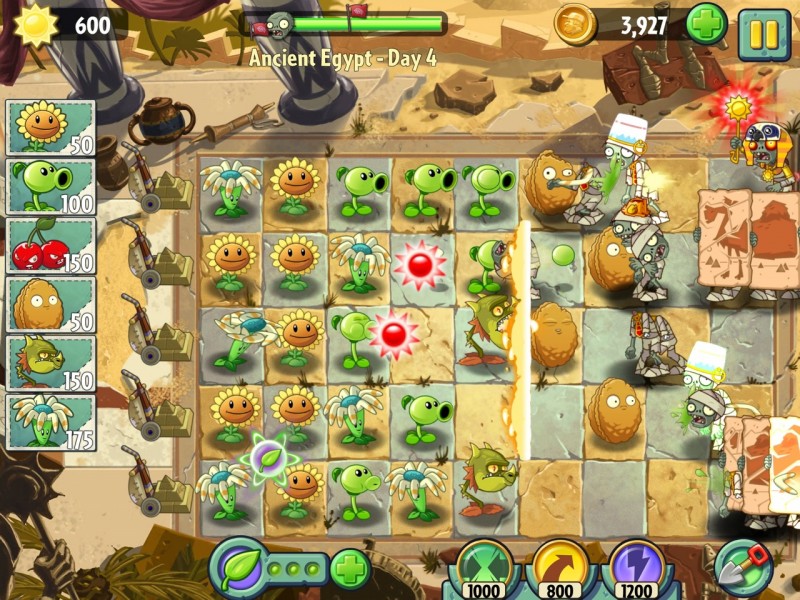 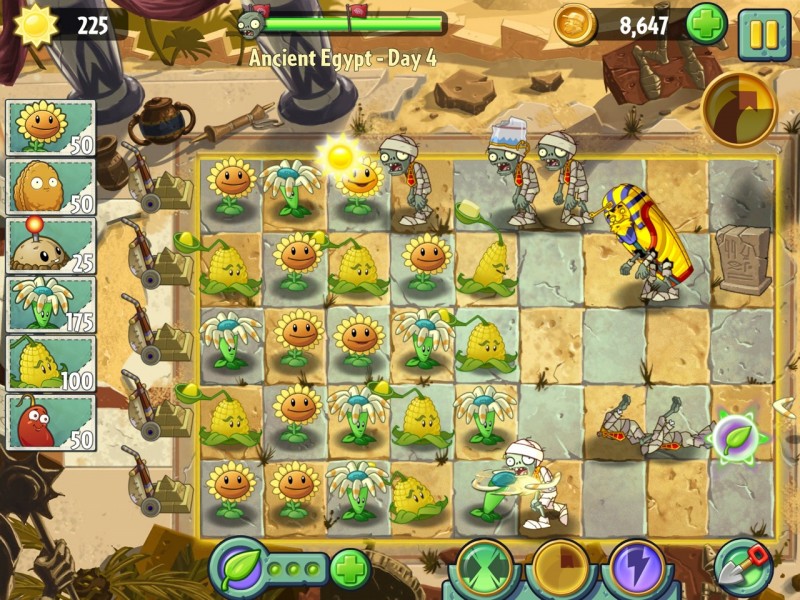 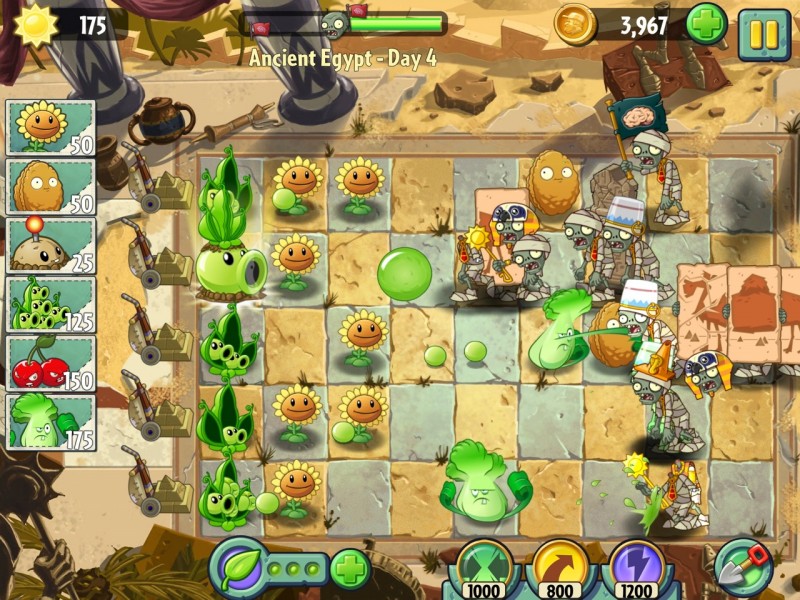 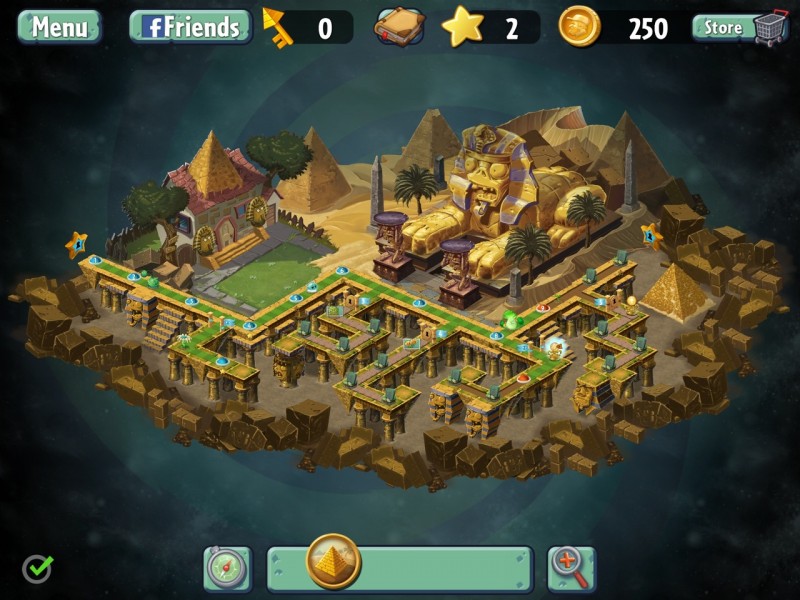 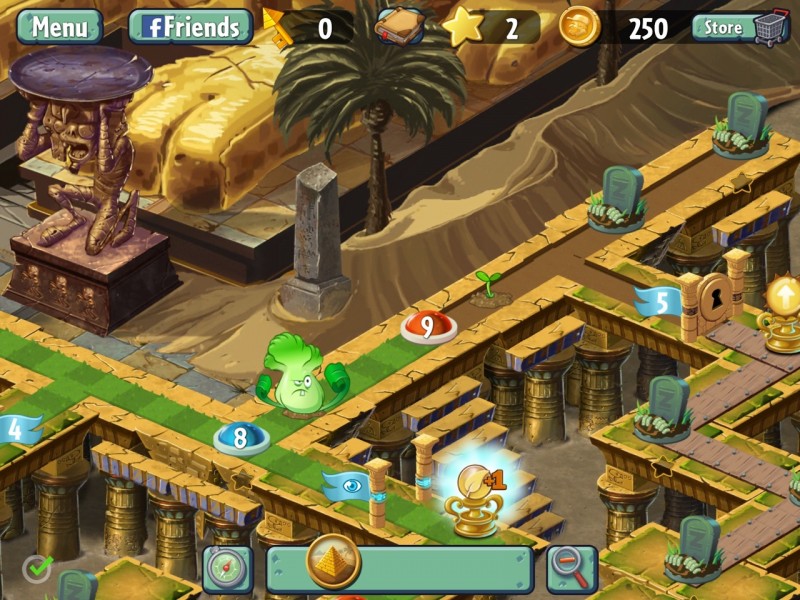 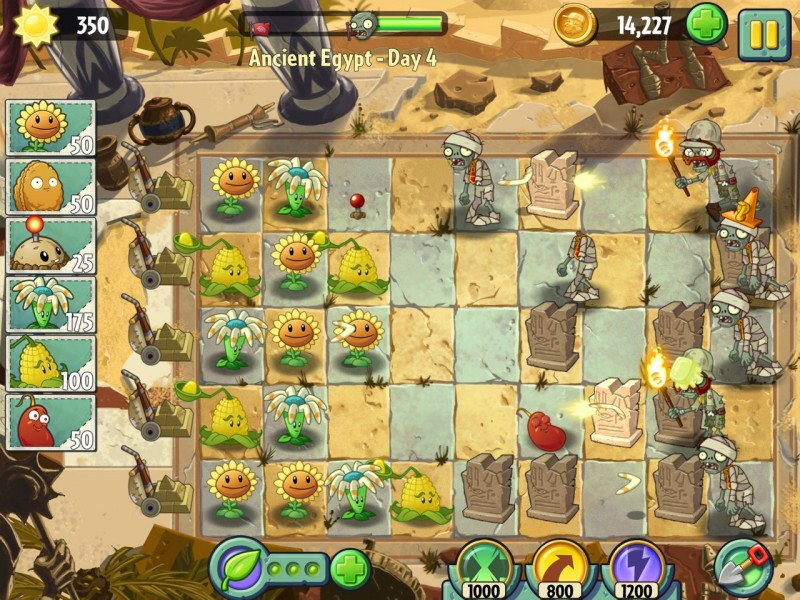 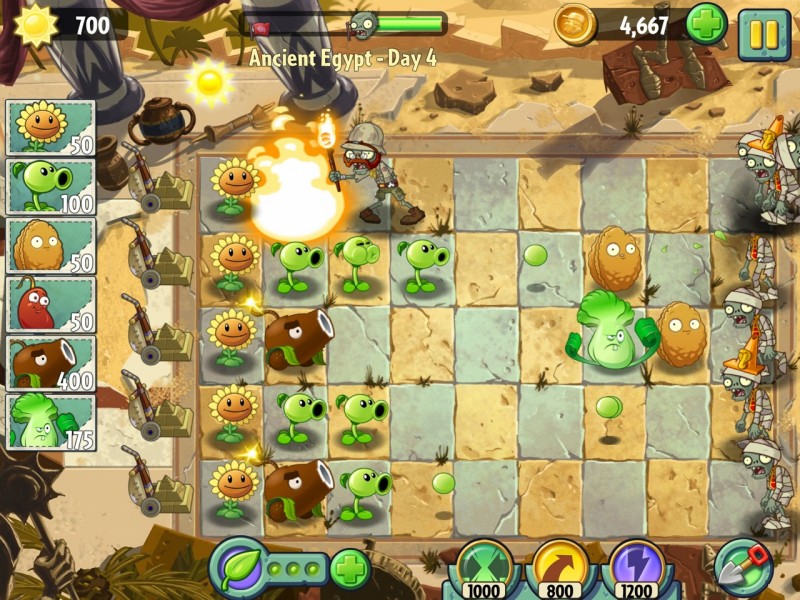 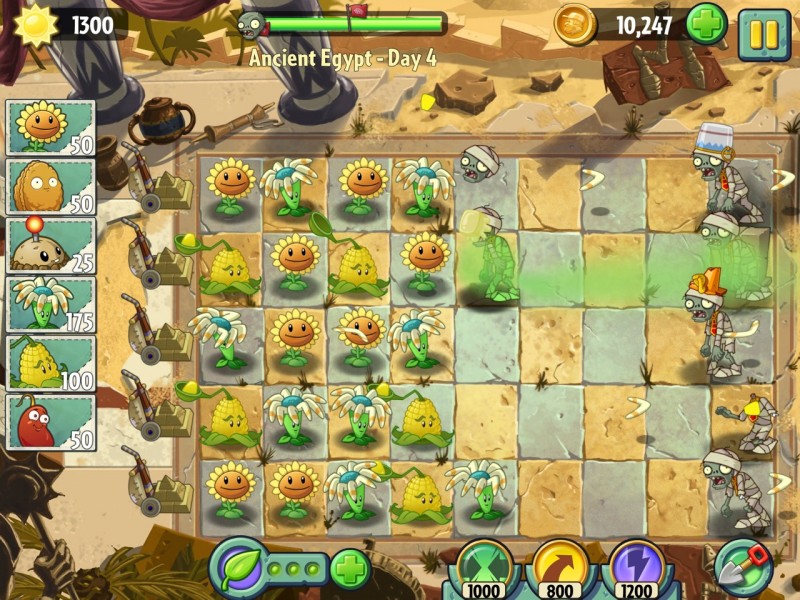 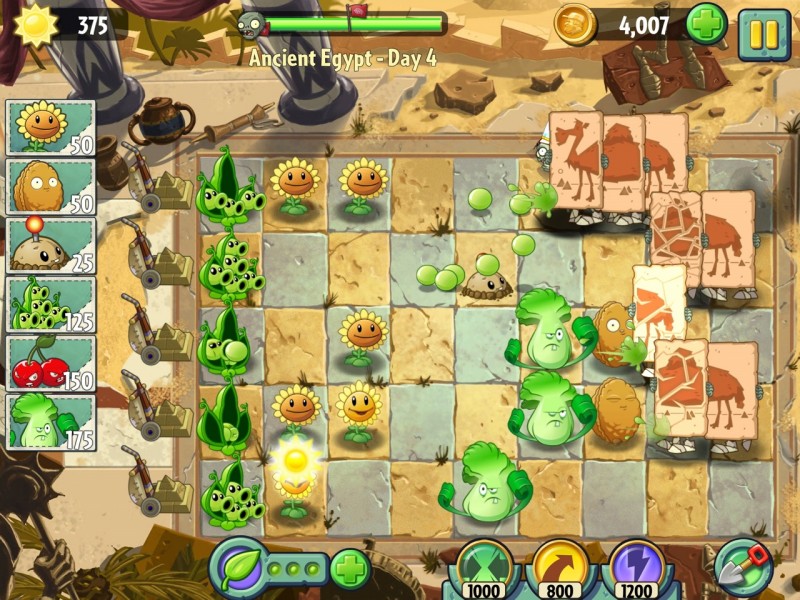 9.25
About Game Informer's review system
Concept
The sequel to PopCap’s cute and addictive tower defense strategy game from 2009, adding hordes of new ­zombies and plants
Graphics
Visuals are still lively and pleasant, but the character models are more rounded and smooth and have lost some of their hand-drawn charm
Sound
The soundtrack is fun and chipper, and only occasionally grating. I still love the slow guttural groan of PopCap’s undead
Playability
The simple mechanics don’t require a lot of finger work, and PopCap has made a few simple interface improvements
Entertainment
A clever strategy framework and goofy characters make this nearly as hard to put down as the original
Replay
High 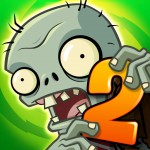