In some ways, the developers at Q-Games are victims of their own success and innovation. The previous games from the studio are so unique and surprising in design that it comes as a shock when the team releases a project that treads familiar ground. That’s exactly the situation with PixelJunk Sidescroller, a wholly competent shooter that falls short of some of Q-Games’ more original and gripping games.

For all the advances in most game genres over the years, the 2D space shooter has maintained a consistent design paradigm. Catapulting off an unlockable sequence in PixelJunk Shooter 2, SideScroller isn’t looking to reinvent that paradigm. You’ll control a single ship with three different available weapons – machine guns, lasers, and bombs. Each can be upgraded to include more bullets or shots that fire in new directions. A seemingly chaotic string of projectiles are hurled in your direction, and you need to dodge out of the way as you shoot down the enemy attackers. The major kink in the formula comes from the addition of liquid physics in the game world – heat and lava threaten destruction, and cool streams of water heal. I enjoyed the level layouts quite a bit, which contain a number of different enemy types and tricky passages. Checkpoints are well placed along the way, and all the boss encounters are balanced to offer a genuine challenge without crossing over into being ridiculously hard, at least on the standard settings.

Though the gameplay is familiar, the presentation is up to the high standards Q-Games is known for. A fantastic soundtrack of chilled-out hip-hop electronica keeps pace with the onscreen action. Visuals are designed to echo the arcade cabinet games of yesteryear, even down to a rounded tube edge to the screen and vector-style graphics. The game resorts to “glitches” in a later level as the system seems to try and cope with how awesome you are at the game. Everything is pixelated and drawn in only a few colors at a time, so the blues and reds really glow and pop out from the black backgrounds. The entire effect is striking and nostalgic.

While SideScroller is relatively short, multiple difficulty settings make the entire thing replayable; the hardest settings not only change up the action, but the color palette as well. In addition, there’s always the race to compete for point totals if you’re into that sort of thing. Of more interest to many players will be the availability of two-player local cooperative play. Though it’s strange that you share a pool of lives, the addition of a second weapon set at any moment makes the most challenging bosses a lot more surmountable.

With the exception of the high production values, I feel like I’ve played a lot of games like PixelJunk SideScroller before. That’s not necessarily a bad thing, but it does feel like a departure for a studio that I normally look to for unusual and exciting innovations. For anyone looking to enjoy an old school shooter with a few surprise twists, Q-Games delivers the goods. 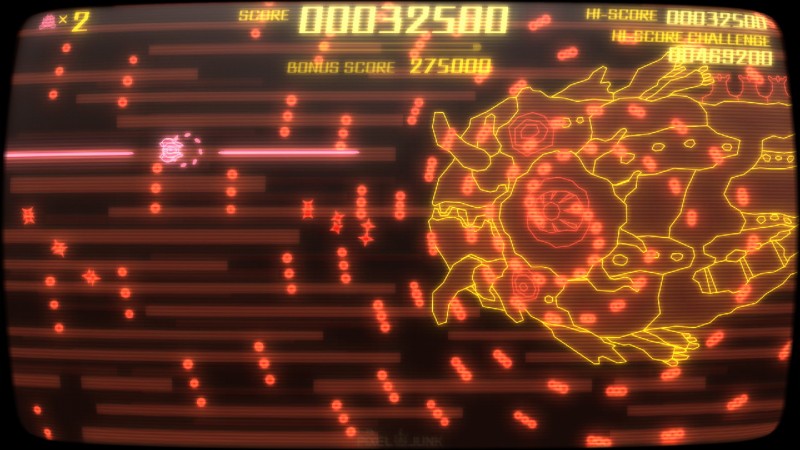 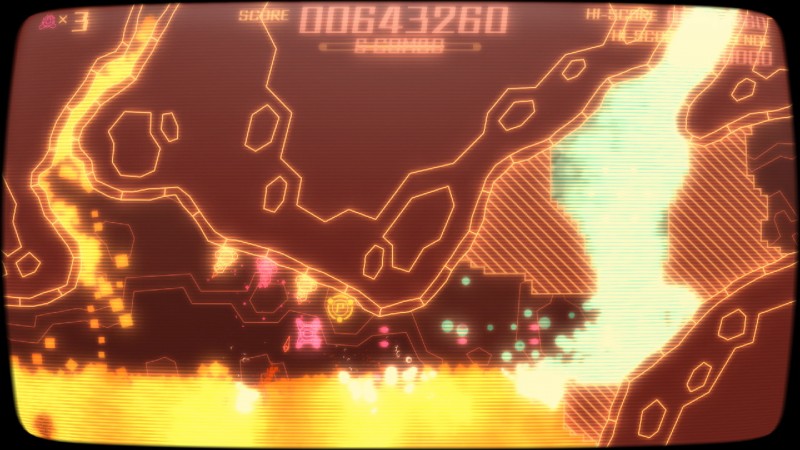 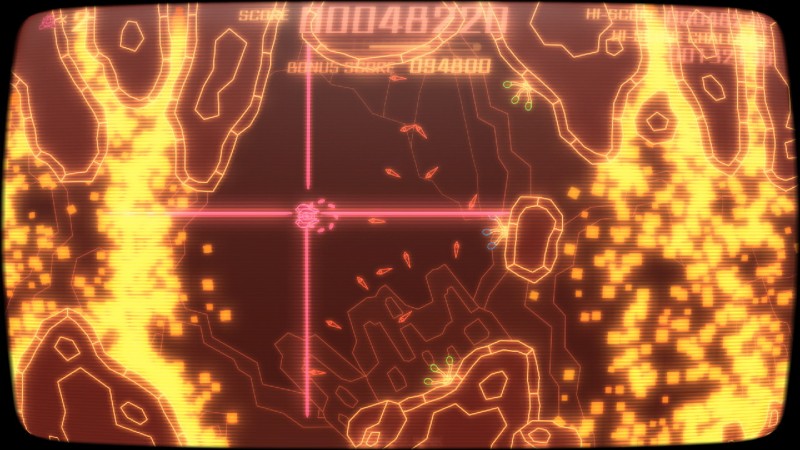 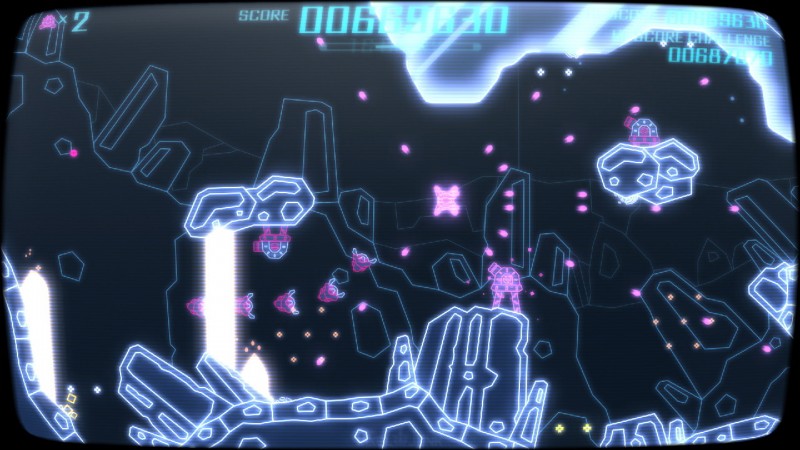 Q-Games goes for nostalgia in its reinvigorated take on the classic space shooter.

Purchase More Info
7.75
i
Game Informer's Review System
Concept A traditional shooter made over in PixelJunk’s high-style visuals and sound
Graphics Designed to look like an old-school arcade cabinet game, the graphics are nonetheless crisp and attractive
Sound Excellent trance-like music will keep you tapping your feet as you play
Playability Once you get a handle on changing weapons, the controls are tight and responsive, if a little touchy
Entertainment Fun for an afternoon, but lacks some of the remarkable innovation of other PixelJunk games
Replay Moderate