If you’ve played either of the previous Pilotwings games, you’ve probably got a pretty good idea of what to expect from Pilotwings Resort. It continues the series’ simple formula of flying around in various aircrafts while showing off the 3DS’ improved graphical capabilities as well as the 3D functionality itself. Sadly, though, Pilotwings Resort is held back from any lasting impact because of a handful of shortsighted design choices.

The majority of your time with the game will be spent in mission mode, where you take on various challenges that are ranked by difficulty – bronze, silver, gold, and platinum. Though you’ll definitely need to replay some missions in order to earn enough stars to unlock the higher difficulties, it’s worth the effort. The later challenges provide some of the most interesting scenarios, such as one mission where you use your rocket belt to hunt down stray UFOs and return them to the mothership.

Pilotwings really shines during that handful of slightly weirder missions, but the vast majority of the game’s levels stick to the same few mundane goals: fly through rings, pop some balloons, avoid mines, and try to land safely on floating platforms. Even these objectives could be a little more interesting if the game featured more varied settings, but none of the missions stray from Wuhu Island, the tiny locale that Nintendo introduced in Wii Sports Resort. Though Wuhu Island is full of memorable landmarks, there’s only so many times I can fly into the volcano in the middle of the island or maneuver in-between the windmills and still think it’s exciting.

Beyond the missions, there’s also a free flight mode that allows you to explore the island in a vehicle of your choosing while picking up collectibles and performing stunts. While this can be enjoyable, you’re trapped with a tiny time limit that grows in small bits as you pick up more items. Since you’re already going up against the clock for missions, I wish that free flight mode had dropped the time limit altogether.

As a means of showing off the new portable hardware, Pilotwings Resort works well enough. As a game, though, it only has brief gusts of brilliance amidst a wide-open sky of rings to fly through. 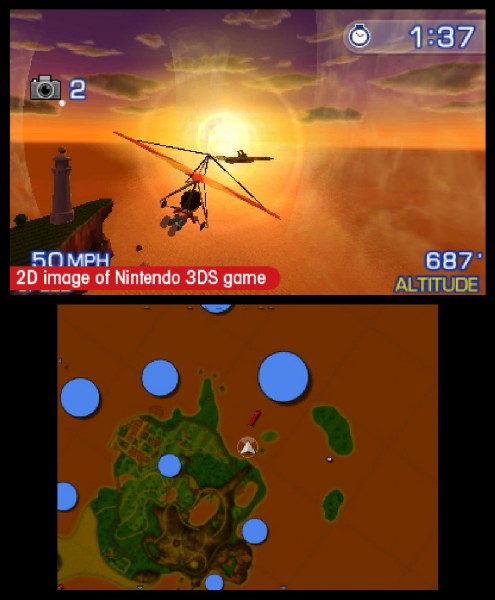 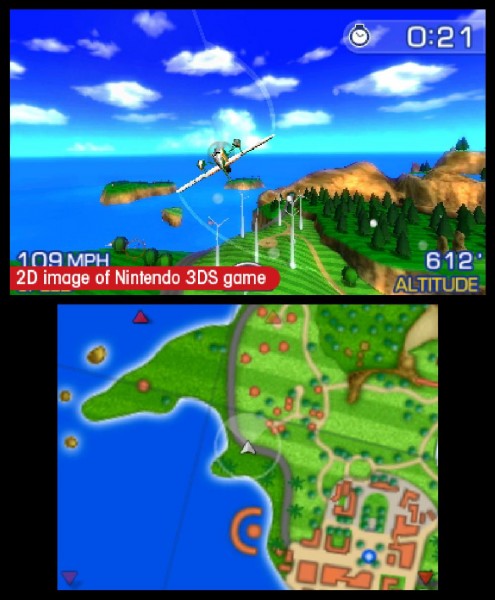 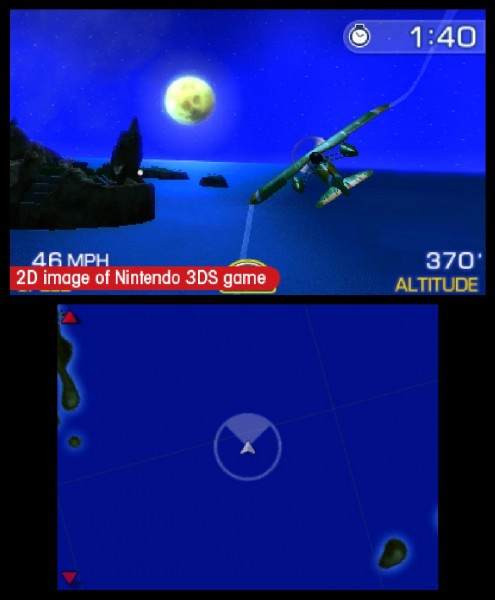 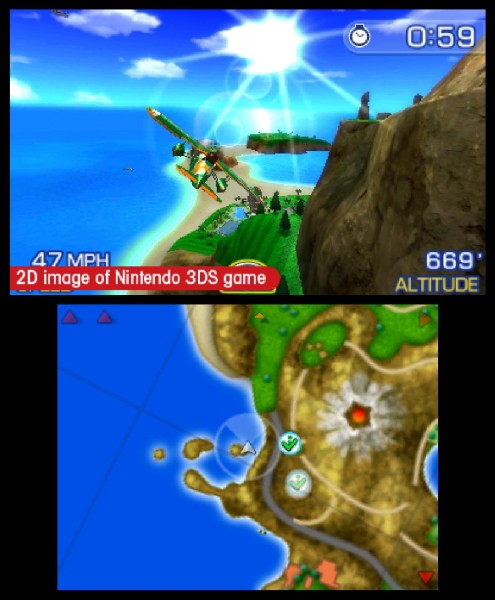 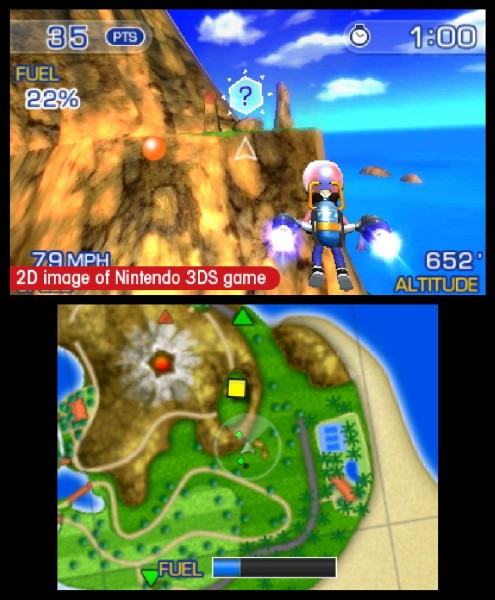 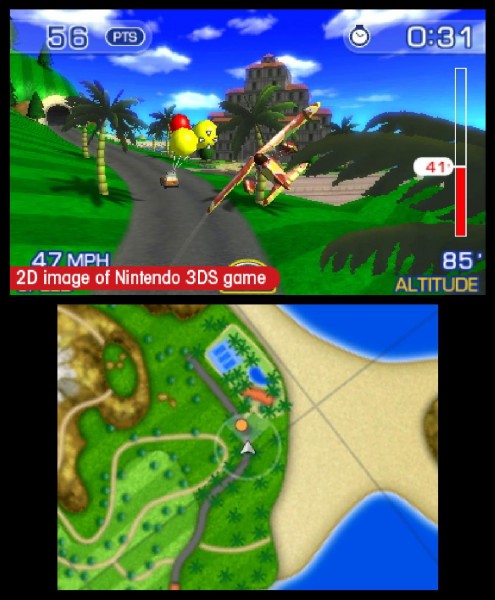 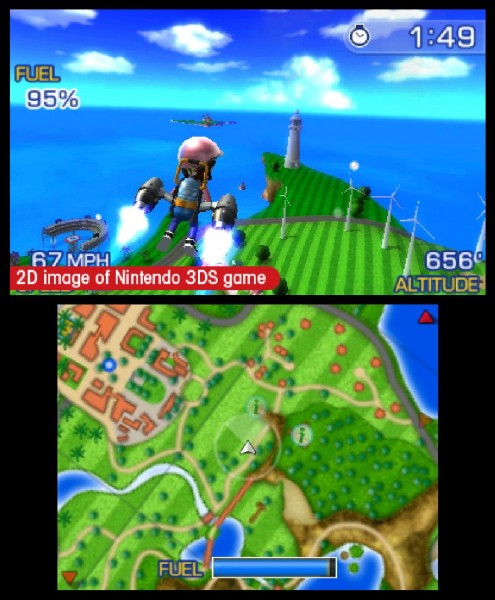 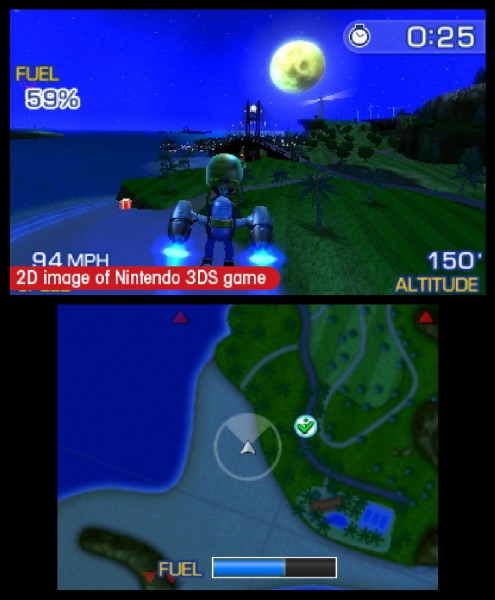 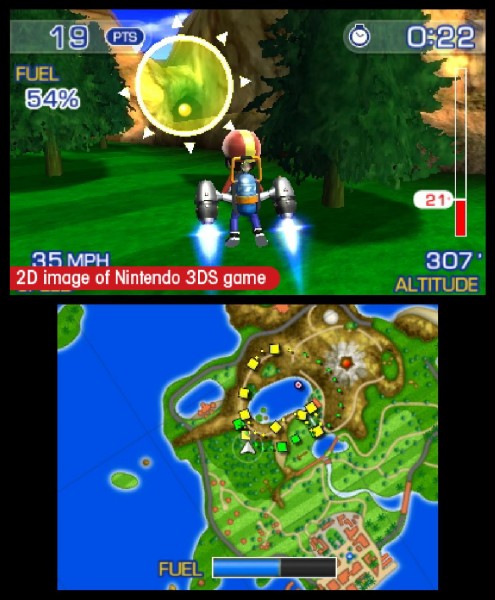 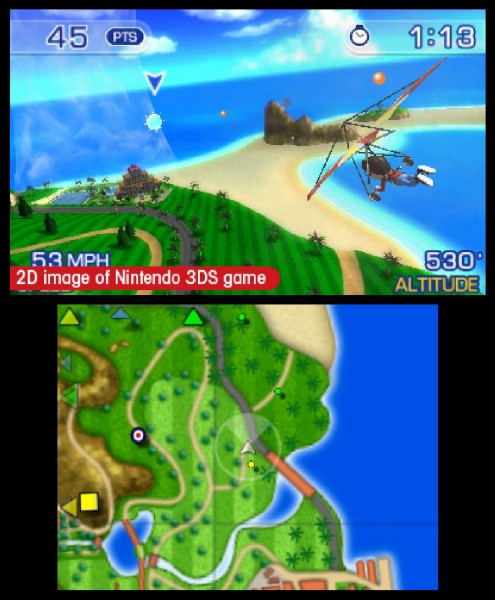 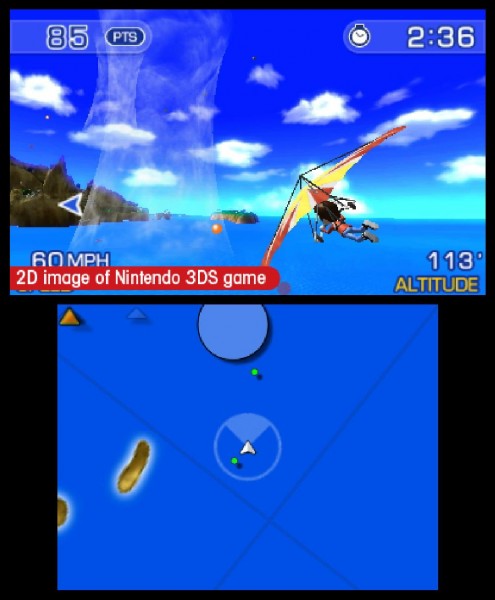 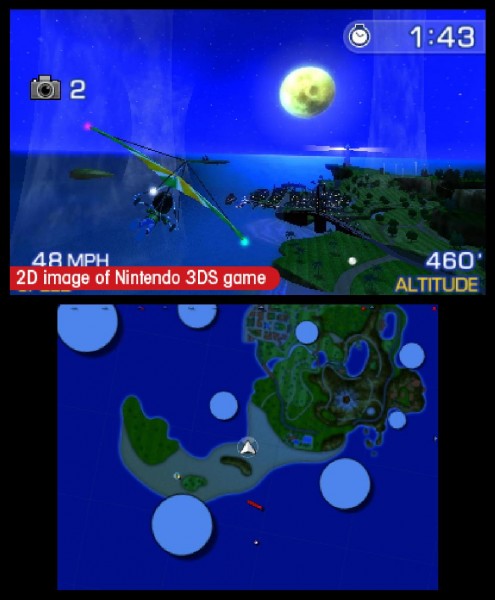 asting impact because of a handful of shortsighted
design choices.

Purchase More Info
7.25
i
Game Informer's Review System
Concept Take to the skies in a return visit to Wii Sports Resort’s Wuhu Island
Graphics Not a ton of detail and a little pop-in, but the clean, crisp visuals help show off the 3DS power
Sound The upbeat music sounds fine, but I lowered the volume before long
Playability Challenges quickly ramp up in difficulty, but each vehicle is fun to master
Entertainment Pilotwings is a totally suitable launch title, but don’t expect it to hold your attention for long
Replay Moderate