The 16-bit era was a golden age for role-playing games. It was one of the few genres players could turn to for epic stories and well-developed characters, and it created a very particular aesthetic that fans grew to love. The move to 3D changed the landscape significantly, but I will always have a weakness for RPGs that harken back to the SNES and Genesis days. That’s what you get with Pier Solar; for better or worse, it feels like it was plucked directly from the ‘90s.

In reviews of games with “HD” appended to the name, you would normally expect to read about all the ways the new game enhances an already-familiar experience. Pier Solar HD is a bit different. Since the original release in 2010 was a limited run of Genesis cartridges, Pier Solar wasn’t exactly a mainstream release. Thanks to a successful Kickstarter campaign, Pier Solar HD marks most gamers’ first experience with WaterMelon’s homage to classic RPGs…though the term “classic” can be a double-edged sword. Pier Solar tells the story of a boy named Hoston and his friends. Their journey starts out as a simple mission to get healing herbs for Hoston’s ailing father, but the kids are soon wrapped up in a much larger conflict that sends them around the world. The tale isn’t particularly engrossing, but the characters are likable (if predictable). However, the presentation draws players into Pier Solar more than any plot twist. The revamped HD visuals still retain the sprite-laced charm of the games they emulate, and the soundtrack is absolutely fantastic. These elements together completely sell the vibe of an authentic 16-bit title, which is the greatest achievement on display.

Despite replicating the classic aesthetics, the stroll down memory lane isn’t enough to compensate for the areas where Pier Solar struggles. The most critical of these is the combat. Embedded within a fairly standard turn-based structure is a “gather” mechanic that lets you spend a turn to amass power that carries forward to all future turns in that encounter. This adds an element of strategy and planning, so you aren’t just selecting the same commands, but it isn’t a big enough hook to keep the action consistently interesting.

With a reasonably high difficulty level, you should do a fair bit of grinding to stay ahead of the curve. However, the encounters get repetitive quickly thanks to the few enemy configurations in each area combined with the general lack of variety from one fight to the next. Pier Solar strives for an old-school feel, but that goal doesn’t automatically excuse everything that feels tedious or outdated.

I also ran into issues off the battlefield. Simple exploration, like walking through towns and dungeons, gets to be a pain due to a ridiculous abundance of nuisance obstacles and hidden pathways. Additionally, a clunky interface makes it difficult to handle basic party upkeep like healing and equipment. These were common complaints with the original version of Pier Solar also, and the HD iteration doesn’t do much to address them. Fans of the original will notice some new story content and minigames in addition to the graphical upgrade, but the core experience is largely the same.

I wanted to love Pier Solar HD. I grew up playing the titles it emulates, and seeing the look and feel so authentically captured gave me high hopes. However, I grew increasingly bored with Pier Solar once the initial wonder wore away. RPGs have evolved so much in the last 20 years, and several games (like Radiant Historia from Atlus) have demonstrated that it is possible to pay homage to an era while still incorporating new ideas. Pier Solar is content with first half of that formula, and passes on the second. 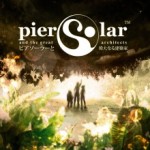 For better or worse, Pier Solar HD feels like it was plucked directly from the ‘90s.

Purchase More Info
7
i
Game Informer's Review System
Concept Overhaul the 2010 Genesis RPG inspired by classics like Phantasy Star, Lunar, and Shining Force
Graphics Captures the feel of the 16-bit era perfectly, though the new visuals go well beyond what was possible at that time
Sound The perfectly suited soundtrack has plenty of catchy tunes, and is the single best aspect of the whole game
Playability Some clunky menu and interface issues cause frustration, but the basic battle commands work just fine
Entertainment Any old-school RPG aficionado will appreciate the presentation, but the gameplay doesn’t have the same impact
Replay Moderate