Picross has quietly been part of Nintendo’s puzzle library for more than 20 years. Picross 3D Round 2 marks Nintendo’s 12th Picross game to make it to North America, but it has never been able to find the ubiquity of Tetris or Dr. Mario. That’s a shame, because Picross is a fantastic and rewarding puzzle series, and 3D Round 2 is a high point.

Picross is a number logic game, but it’s not a math game. Knowing how to count is the only academic requirement you need to take with you, and if you fall short there, guessing is an acceptable (but much less rewarding) alternative. You have a big cube made of smaller blocks with assorted numbers on the sides. The numbers let you know how many blocks appear in each row, what color they are, and offers hints at their arrangement. Your task is to chip away the blocks that don’t need to be there and color the ones that belong. When you’re done, you get to take a step back and get to take a look at what you have crafted.

Every aspect of the build process, especially its final moment, is rewarding. Each block you delete or color requires faith in your own smarts, and since the game alerts you immediately if you make a mistake, every correct move is a small celebration. Acting correctly on each block, deleting the ones you don’t need, and solving a full row is all hugely satisfying. Finally zooming out to see what you created ties everything together for a fantastic final reward.

This reward of solving the puzzles is true for both the 2D versions of Picross, as well as 2009’s original 3D entry, but Round 2 changes the puzzle mechanics in meaningful ways.  Instead of simply marking a block as keep or delete as you did in the prior 3D Picross, Round 2 mixes it up by tasking you with marking the keep blocks as either blue, or orange. The orange blocks change shape as you move through the puzzle leading to much more interesting final builds.

As a long time Picross player, I appreciate the new color complication. It adds a substantial new challenge, but it also adds more ways to affect each cube. This raises the likelihood of mistakes, which can be frustrating for Picross perfectionists. However, with the added permutations come better training options. Along with the standard tutorial, some early levels single out high-level tactics and gamify them into small standalone puzzles.  In the past you came across these tactics on your own, but here they’re incorporated in a way that doesn’t feel like a tutorial and makes you a smarter player.

Round 2 takes place in a coffee shop/book store and uses that as a conceit to arrange its puzzles, which fits the contemplative nature of the Picross-solving gameplay. Sets of themed puzzles are divided into books, with each book ramping up the difficulty from easy to hard. I was initially turned off by constantly moving back and forth between easy and difficult puzzles. As I started unlocking the later books, however, I came to appreciate the periodic breaks from the large scale cubes in order to tackle a few easy puzzles.

Micross, one of my favorite modes from the 2D eShop Picross games, moves forward and it’s a highlight. Micross books offer more than standalone puzzles; they are all directly connected. For example, one has you building all the separate parts of a Japanese castle. When you complete the final puzzle, all the previous puzzles come together to form one large structure. I only wish there were more of these large-scale, ambitious builds.

Picross 3D Round 2 is more complicated than the previous 3D Picross, but its changes add worthwhile challenge without venturing into the world of over-complication. Its tutorial levels do a good job training the player in the higher-level tactics, and there are enough small variations beyond the standard puzzle to keep things interesting throughout. Don’t be intimidated by all of the numbers, because Picross 3D Round 2 is one of the 3DS’ best puzzle games.

Amiibo Puzzles
If you have a New 3DS, or the Amiibo adapter for any previous models of the 3DS, certain Amiibos unlock content. There’s an extra little thrill to solving a puzzle that results in a familiar character, so I eagerly tracked down the compatible Amiibos. The Kirby, Link, Mario, Luigi, Yoshi, Bowser, King Dedede, Meta Knight, and Peach or Toad (these two unlock the same puzzle) Amiibos are the compatible ones that get you additional puzzles.
Off
On
Off 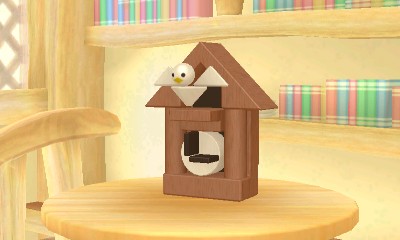 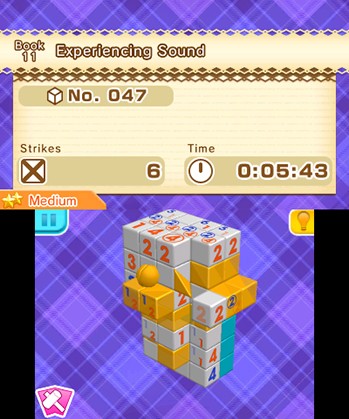 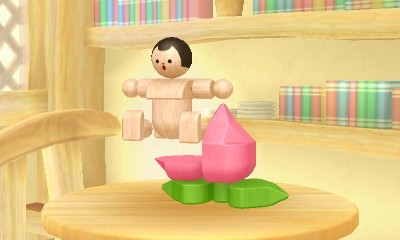 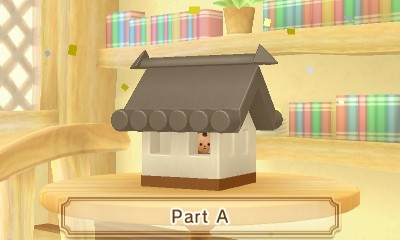 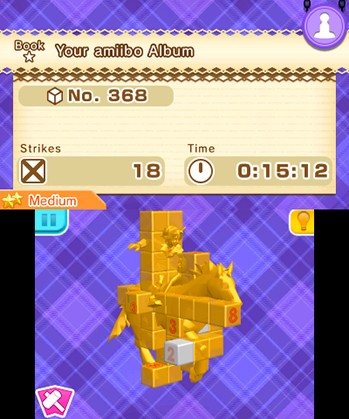 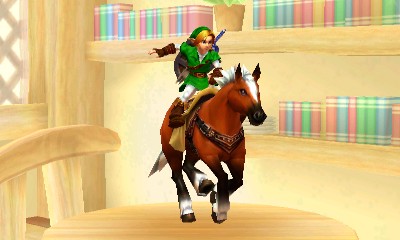 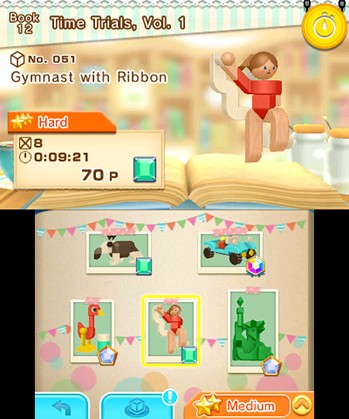 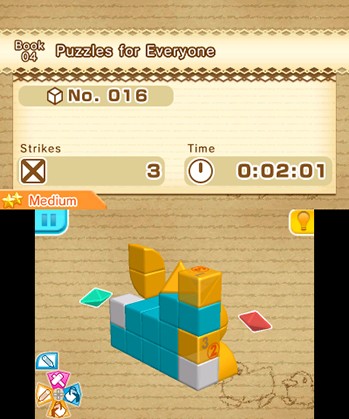 8.75
About Game Informer's review system
Concept
Use number logic to chip away at large cubes to craft surprise objects
Graphics
It’s all cubes and low-poly objects, but has a charming, book-store aesthetic
Sound
The airy jazz soundtrack is so light and non-invasive that you might assume you’re playing on mute even if you have the volume cranked
Playability
The touch screen works well to select and rotate your sculpture. I never missed the square I was aiming for, but the different ways to mark can lead to accidental mistakes
Entertainment
Breaking down a large cube into a recognizable object using your puzzle-solving smarts is hugely rewarding
Replay
Moderate