The first few hours of Persona 5 feel like settling in with the opening chapters of a massive novel. Even though you don’t know the characters well or understand where the plot is going, you can feel the weight behind the narrative like hundreds of pages waiting to be read. As new threads and mechanics are introduced, that depth and sense of intent persist, and Persona 5 takes the requisite time to do its many ambitions justice. The result is an uncommonly complex and satisfying RPG in terms of both story and gameplay, and when you factor in its impeccable stylishness, Persona 5 is hard to put down.

Players step into the daily life of a taciturn (but not totally silent) high-school student and divide their time between self-improvement, building friendships, and fighting evil in otherworldly dungeons. The basic structure may be familiar to fans, but Persona 5 builds on it with an intriguing premise and fantastic cast.

You lead a group called the Phantom Thieves, supernatural tricksters who enter an alternate world to steal hearts – a phrase that boils down to making high-profile villains see the error of their ways and confess their crimes. It’s a great hook, and because Persona 5 doesn’t rush things, you get the satisfaction of seeing your ragtag group gradually emerge from the shadows and get more notorious as you recruit more members and pull off bigger heists. This involves infiltrating “palaces,” dungeons that represent a person’s perceptions – like a gym teacher who sees the school as his castle where he is free to treat students like slaves. Selecting your targets, uncovering their perceptions, and dealing with the fallout from your thefts are major aspects of the story I won’t ruin. I will say that the scenarios are clever and surprising, and artfully deal with complicated themes like freedom, identity, and pride. I especially like how these smaller arcs steadily rise and fall to provide bursts of narrative payoff that propel you through the larger tale.

All players experience the core exploits of the Phantom Thieves, but Persona 5 has a layer of self-directed story that is even better. When you aren’t taking down corrupt villains, you are managing your days in a simulation of student life in modern-day Tokyo. I love the process of optimizing my time and seeing the progress in my stats and relationships; you can fill your day with things like part-time jobs, video games, fishing, or deepening your bonds with your friends. That last one is the most important and rewarding, since the resulting scenes answer questions about the backstories and motivations of the people around you. Why is one of your teachers working a second job? Why is the Phantom Thieves’ biggest fan so obsessed? The cast of characters is wonderful, easily meeting the bar set by previous installments. I even found the animal mascot tolerable, which was a pleasant surprise. I was slightly less attached to the main party characters here compared to Persona 4, but the supporting cast is better, evening out the experience as a whole.

The structure lets you focus on the people and activities that interest you most, and you can rest assured that any choice you make has benefits. How all of Persona 5’s pieces fit together and feed into each other is great. Stat increases (like the one you receive from finishing a burger-eating challenge) might open up more advanced ranks in your bond with a friend, which in turn could provide bonuses like shop discounts or increased experience. My favorite rewards are the ones that feed into the social aspects, like paying to raise your affinity with any character, or getting back your evening time slot after spending the day in a dungeon. Amassing a variety of combat bonuses for your party is also valuable, like auto-healing status ailments or delivering extra attacks.

As important as the social and story elements are, Persona 5 is still a turn-based RPG, which means you spend a lot of time fighting through palaces. The traditional battle system has characters using their Personas (which are like guardian spirits) against an army of monsters, with an emphasis on exploiting weaknesses. Using buffs and debuffs to set up a big offensive push is a rush, and the cool baton pass ability – which lets you pass your turn off to an ally after hitting a weakness – means you aren’t just selecting the same actions every turn. I’m not a fan of the negotiation system for acquiring new Personas, but fusing the monsters is a fun and engaging way to let players experiment with new abilities. Even so, you are likely to do some grinding to keep your XP and money levels comfortable, which means a sense of repetition settles in sooner or later – at least until you finish your current stage and move on to the next palace. The palaces are deliberately crafted, not randomly generated. This is a noteworthy evolution for the series, but within the larger RPG landscape, their designs still feel outdated. I appreciate the attempts to add dimension by letting players jump on top of some objects and hide behind others, but they aren’t consistent enough. You run though many flat, boxy corridors, and rarely encounter obstacles beyond simple puzzles and locked doors. Don’t interpret that to mean the palaces aren’t impressive in other ways; I love their visual and thematic executions tied to their owners’ twisted desires, but the act of exploring them is the least interesting part of the game.

My other complaints about Persona 5 are few. Given the acclaim Persona 4 received, I can understand Atlus’ desire to stick to a proven formula. However, sometimes Persona 5 goes beyond giving you more of a good thing; some parts feel outright copied from the last game, with new characters occupying old roles. That won’t matter if you’re new to the series (Persona 5 is a great place to start, by the way), but I was disappointed to see this entry return to the well for character concepts like “high-school detective prodigy” and “gruff-but-likable father-figure,” not to mention the whole “dungeons represent their owners’ psyches” conceit. These things are still handled well, but stand out in a field of concepts that are otherwise fresh.

All of these ideas – old and new – are tied together with a cohesive and pervasive sense of style that is impossible to ignore. What Persona 5 lacks in graphical detail it more than makes up for in art direction, with all of the visual and audio elements polished to a brilliant sheen. Everything from the flashy menus to the mesmerizing soundtrack establishes an atmosphere that fits the vibe perfectly, lending the Phantom Thieves a slick and stylish mystique.

If the opening hours of Persona 5 are like starting a massive novel, then the closing hours are like finishing one, complete with the bittersweet finality of turning the last page. But it also carries an immense sense of satisfaction. After 100 hours of playing, all of my big questions were answered. I understood the characters, I knew my way around the world, and I had fun almost every step of the journey. You become a resident of Persona 5 the more you play it, and it has the rare ability to transport in a way few games can. 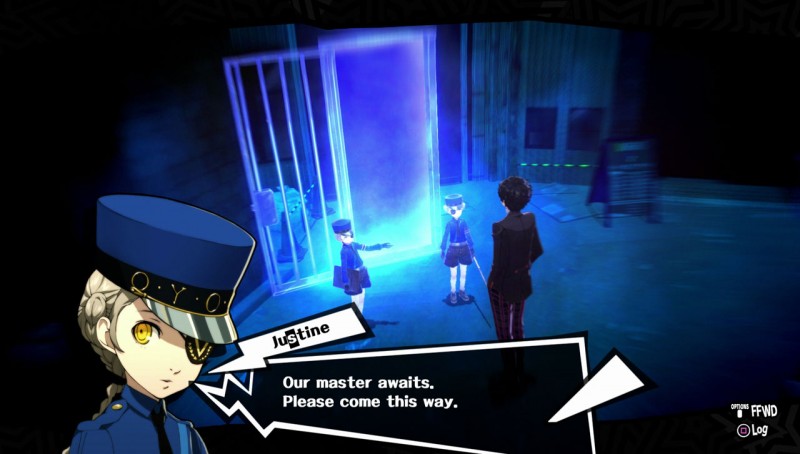 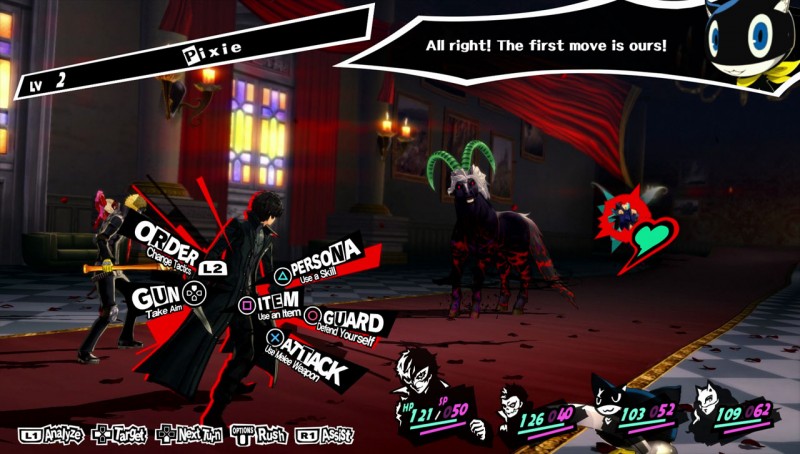 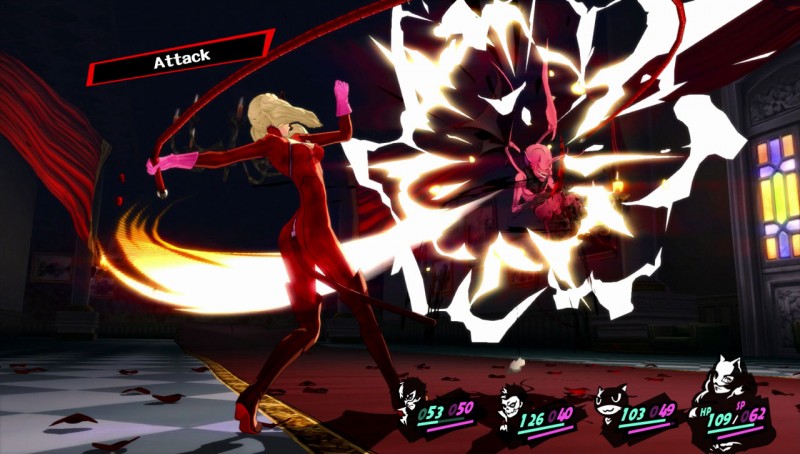 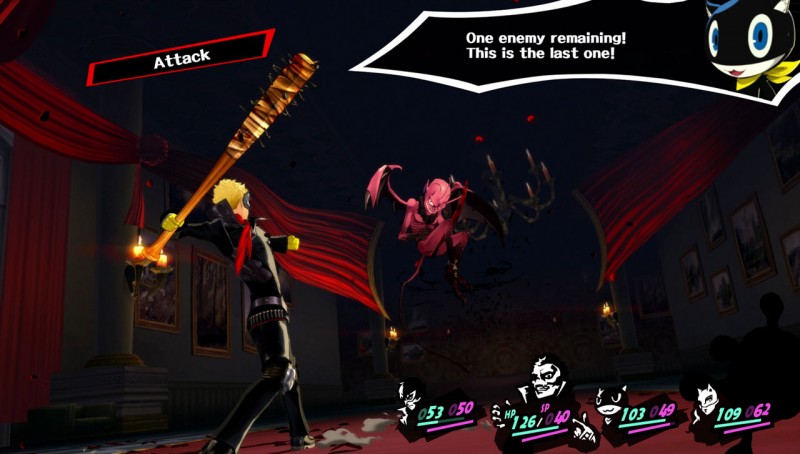 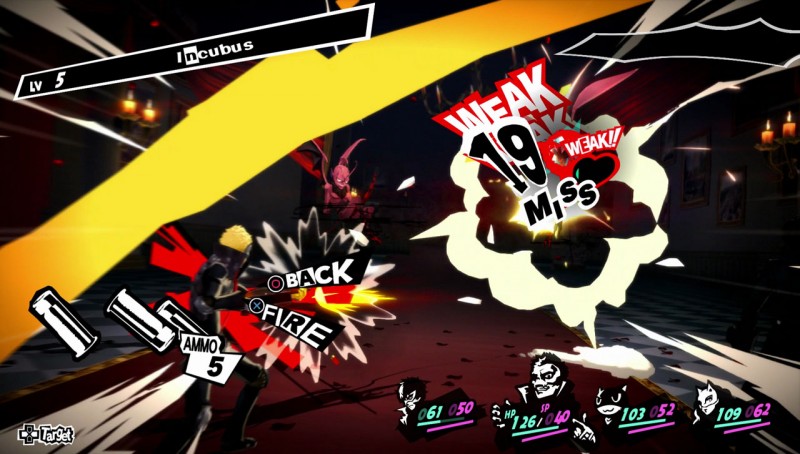 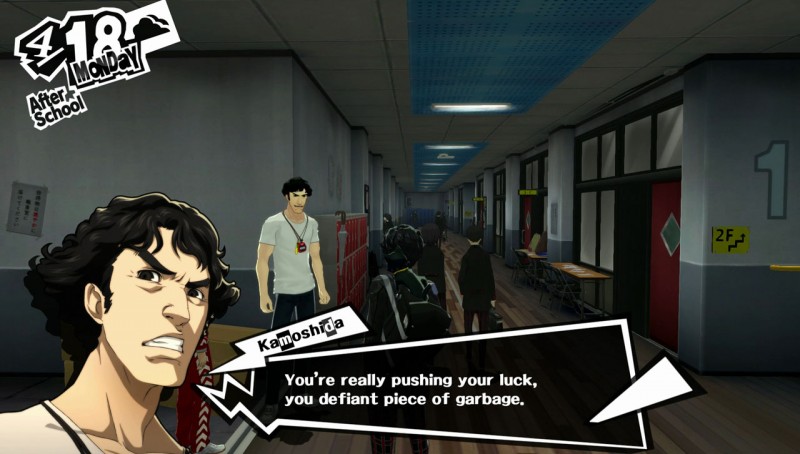 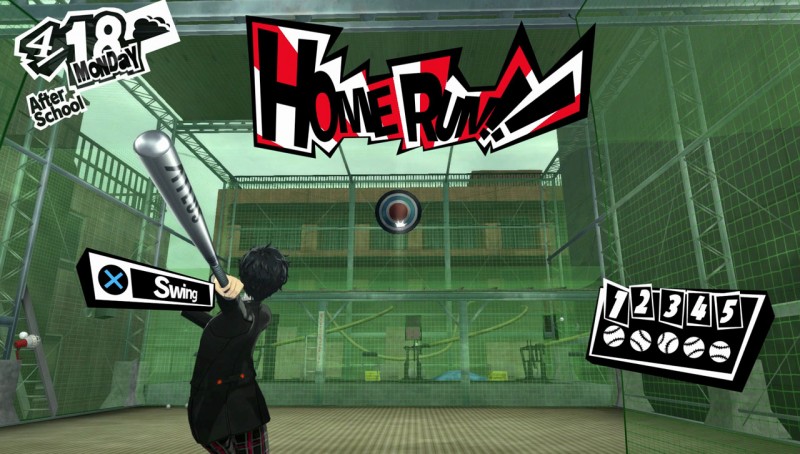 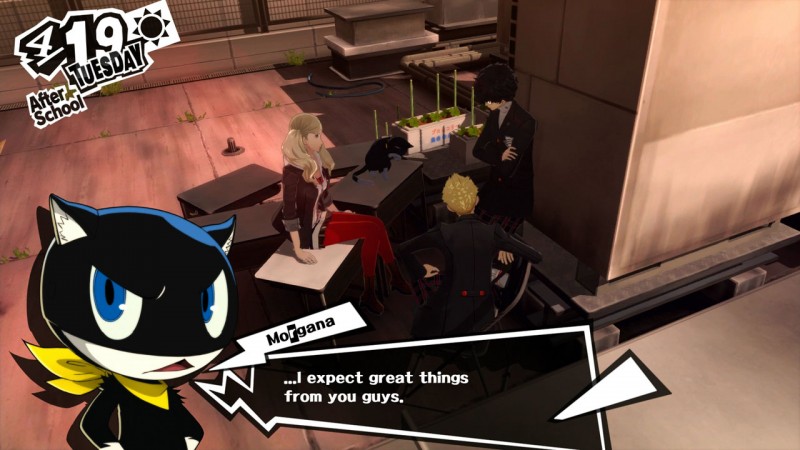 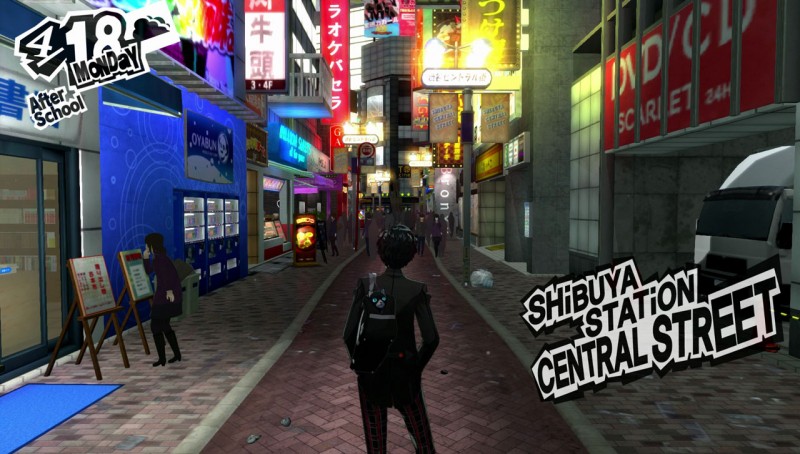 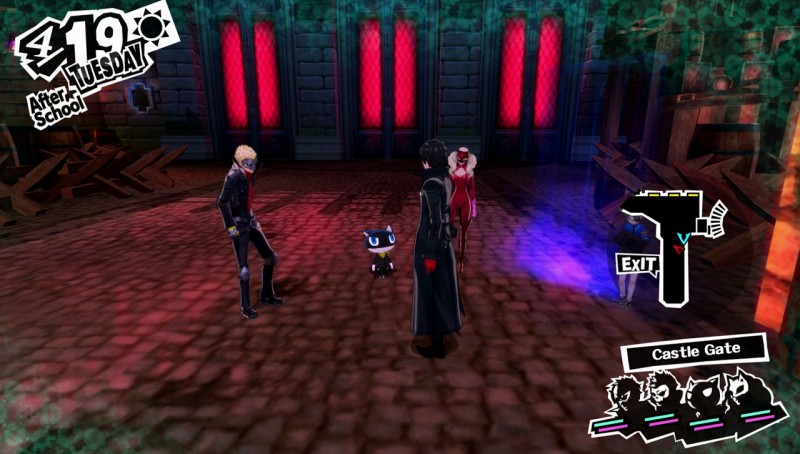 9.25
About Game Informer's review system
Concept
Reform society by fighting demons and making evil people confess their crimes. But don’t forget to keep your grades up and make friends
Graphics
They may not be detailed, but the visuals are incredibly stylish and attractive. Even the victory screens and shop menus look amazing
Sound
A fantastic soundtrack from composer Shoji Meguro is packed with music that will get stuck in your head
Playability
Exploration and combat controls are straightforward and smooth. I especially like how each battle command has its own button, so you aren’t scrolling through too many menu options
Entertainment
Persona 5’s well-crafted story, exciting combat, and deep systems make it my favorite entry in the series – and the best Japanese RPG in years
Replay
Moderate