Penny Arcade's On the Rain-Slick Precipice of Darkness 3 Review Penny Arcade’s On The Rain-Slick Precipice Of Darkness’ third entry looks and feels radically different from the first two games in the series. In an odd way, the series took a few steps back, but that was ultimately the right direction. Everything about this entry is dripping with old-school sensibilities and 16-bit style. I was disappointed to see the credits roll, because I wanted more.

Precipice 3 is great regardless of your familiarity with titles like Final Fantasy IV and Chrono Trigger, but if you have any love for 16-bit RPGs, you will find something extra to love here. The overall art direction, music, and even sound effects are all heavily inspired by RPGs of the ‘90s. It fits well with Penny Arcade’s odd cast of characters from the webcomic, like a robot that loves fruit a little too much, or the dastardly Deep Crow and the more powerful Deeper Crow.

The combat is a familiar turn-based affair that encourages experimentation by offering a multitude of different classes and attacks for your team to try out. The assorted classes are identified with badges that may offer a collection of magic attacks, melee attacks, healing spells, or dinosaur transformation. Some are stranger than others. Each member of your team can wear up to three different upgradable badges, each one offering a different set of abilities. Even if none of your characters are wearing a particular badge, it still levels up so you won’t have to start at zero if you want to try out something new.

Experimenting with the combat system is crucial, because players have little freedom when it comes to exploring the environment and choosing fights. You are on rails in the open world moving from location to location, and when you enter an area to begin fighting and exploring, only a few alternate paths are available. The number of enemies is pre-set, which means you won’t be able to farm experience. On a few occasions where I struggled against a boss, I couldn’t backtrack to grind enemies because I had already defeated all of them. It’s not a large concern though, since it inspires you to switch out badges and try different tactics.

From a different perspective, complaining about not being able to fight more enemies or explore the environment is a compliment; I enjoy the game so much that I just want to keep playing, and I wish it would provide more ways to prolong gamers’ time with it. Playing through to the end credits takes around 6-8 hours, and there isn’t much incentive to make you start over or keep playing.

The game’s full title is comically wordy, which is an indicator of its biggest issue: too many words without enough content behind them. Precipice 3’s dialogue is clever – sometimes laugh-out-loud funny – but the gems are often drowned in a sea of attempted humor. The “throw tons of gags at the player to see what sticks” approach means that you are bombarded by jokes, and the sheer volume results in lots of missed marks.

The game reads like an old-school text adventure, but much of the humor relies on random happenstance and left-field references. That breed of humor works well in small chunks, like a 15-minute episode of Aqua Teen Hunger Force, but any more than that and it becomes difficult to stay interested, like the 86-minute Aqua Teen Hunger Force Colon Movie Film for Theaters.

The narrative favors a joke over interesting plot developments 100 percent of the time. In one scenario, you have to inexplicably enter a building through a wormhole that exists in alley infested with angry homeless people three blocks away. Of course, you could just enter the building through the window as one of your party members points out, but that wouldn’t be as funny as leaving to fight homeless people for a few minutes to ultimately end up exactly where you already were. It’s a funny gag, but it’s not good storytelling.

Story is important when it comes to RPGs, and Precipice 3’s is difficult to appreciate, not because it’s complicated, but rather because it doesn’t follow a discernible path and just goes where the humor takes it. Luckily, the meandering tale is not a deal breaker; what the game lacks in perceptible story, it makes up for with interesting combat, great music, and nostalgia. 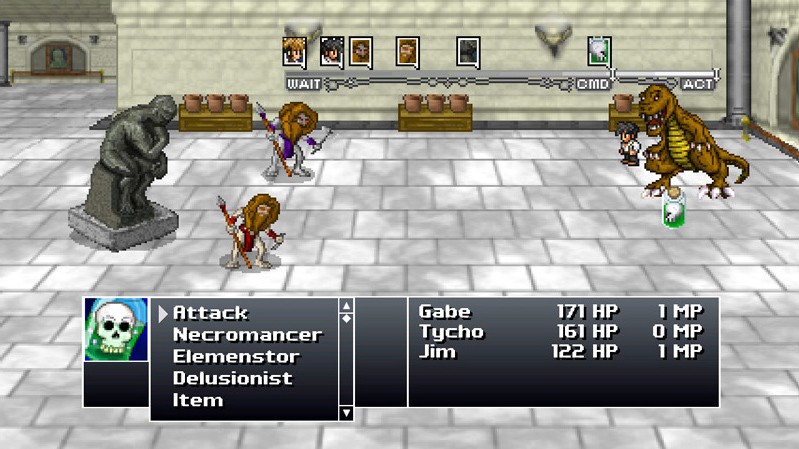 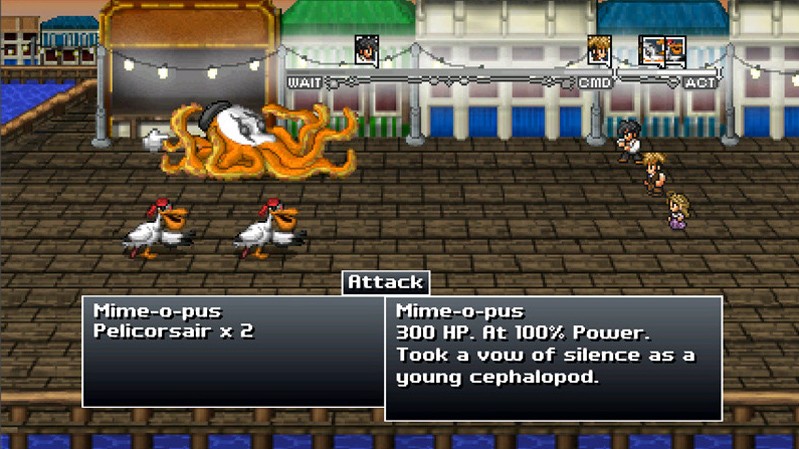 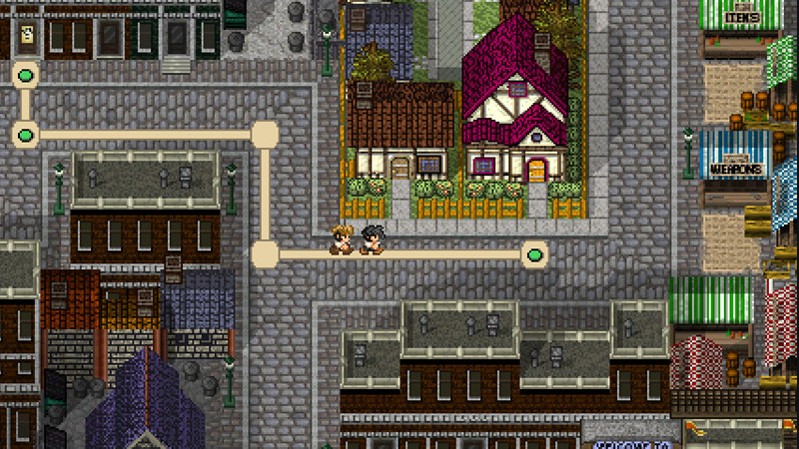 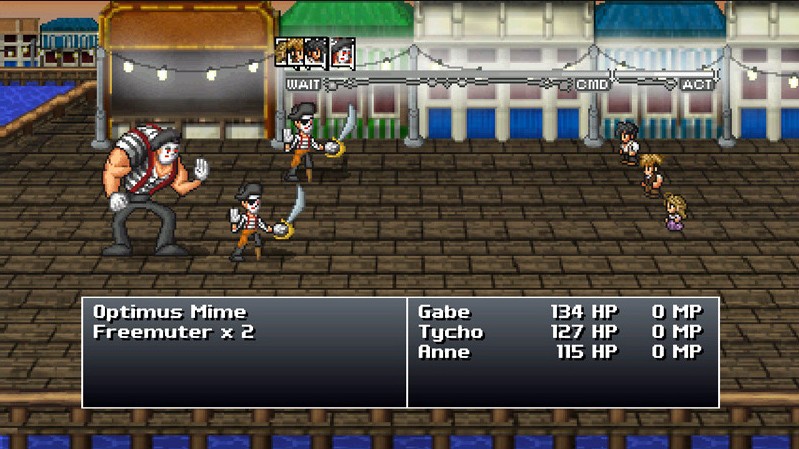 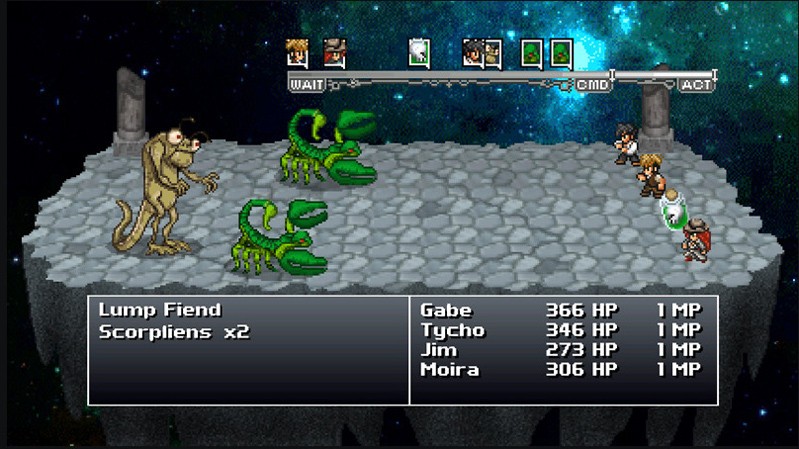 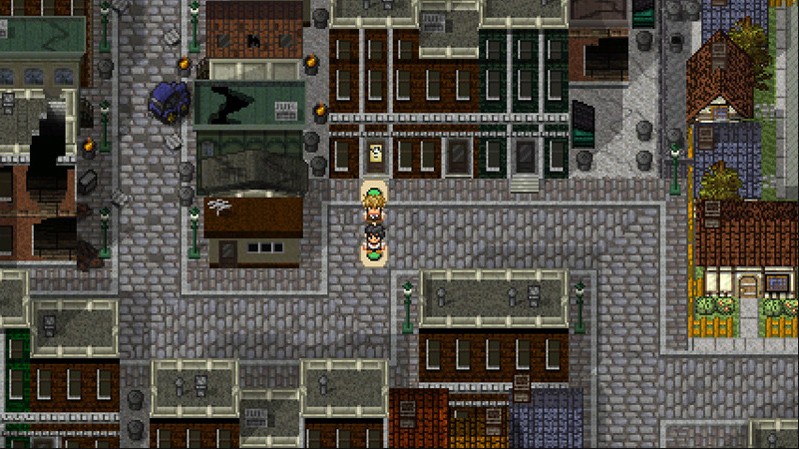 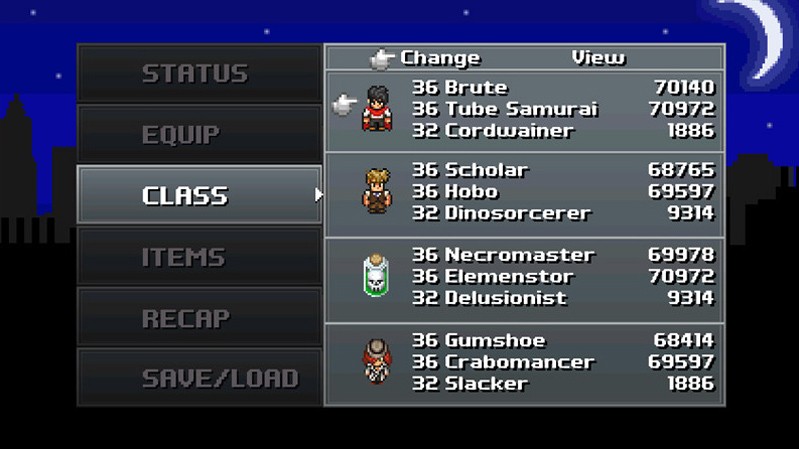 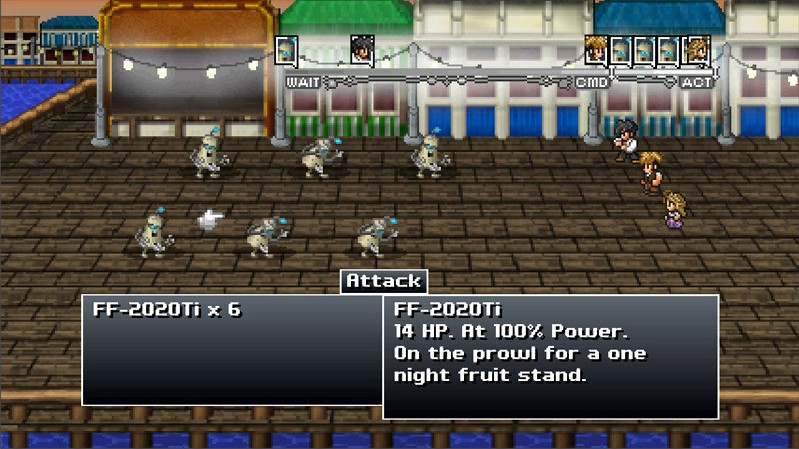 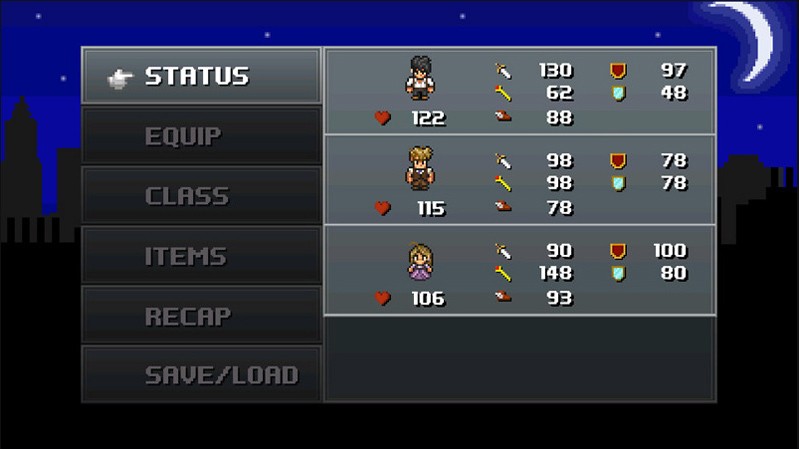 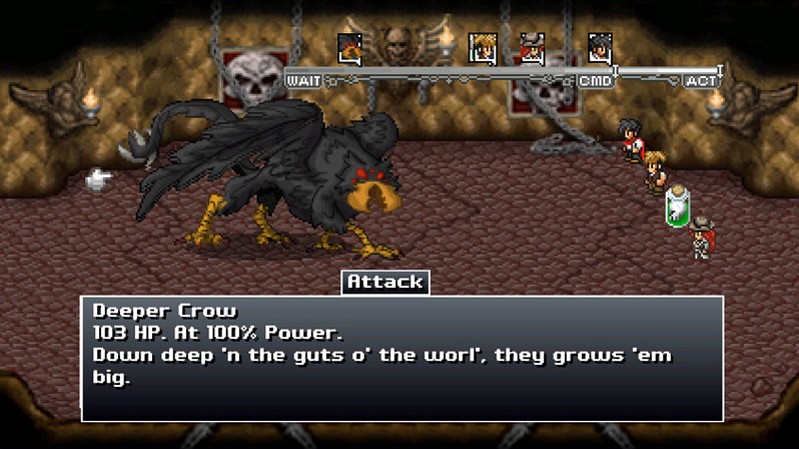 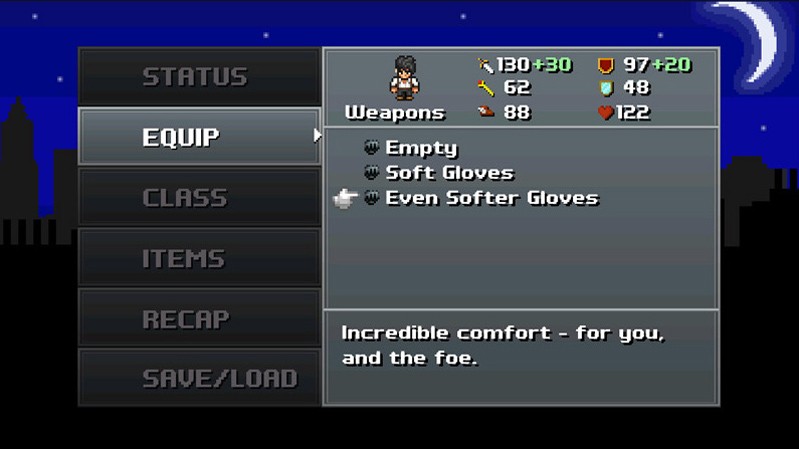 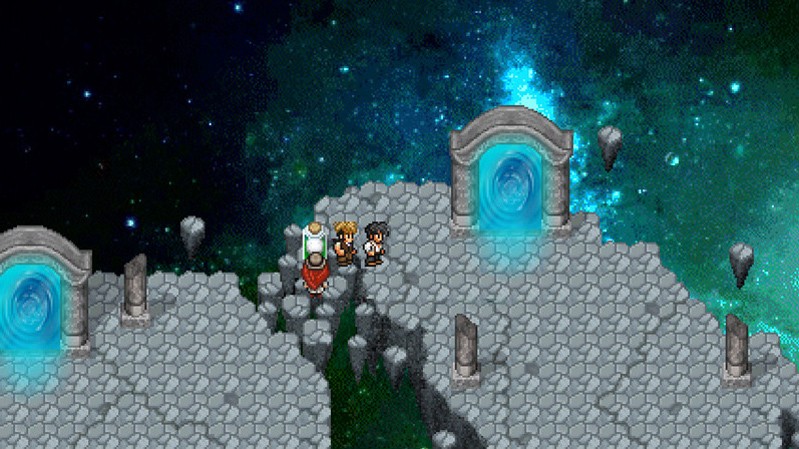 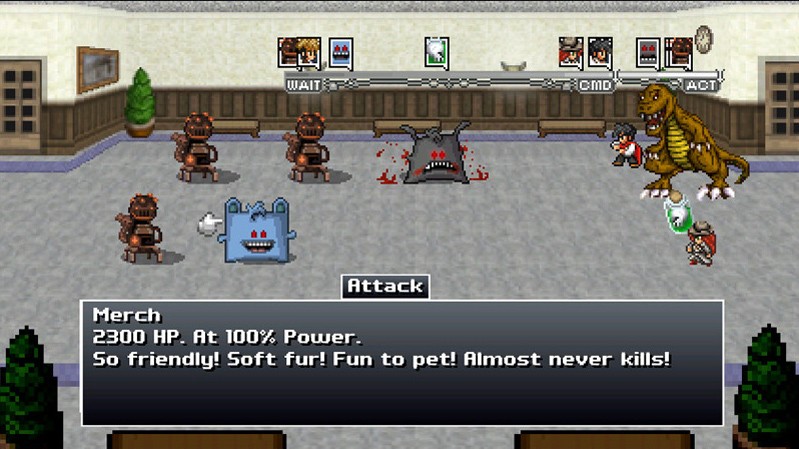 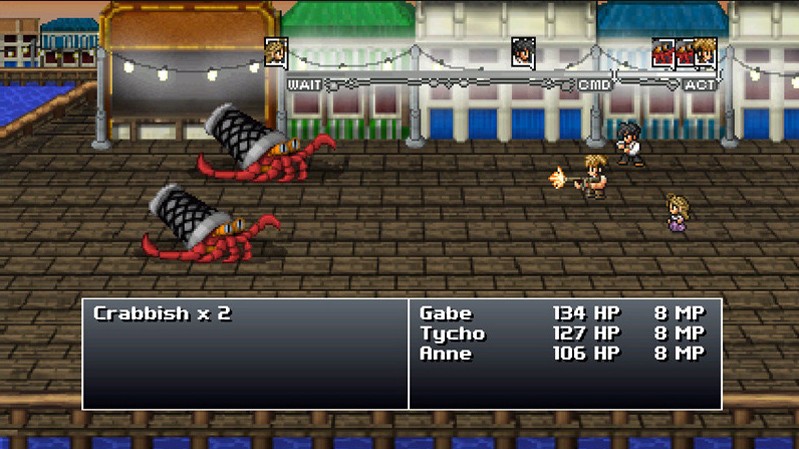 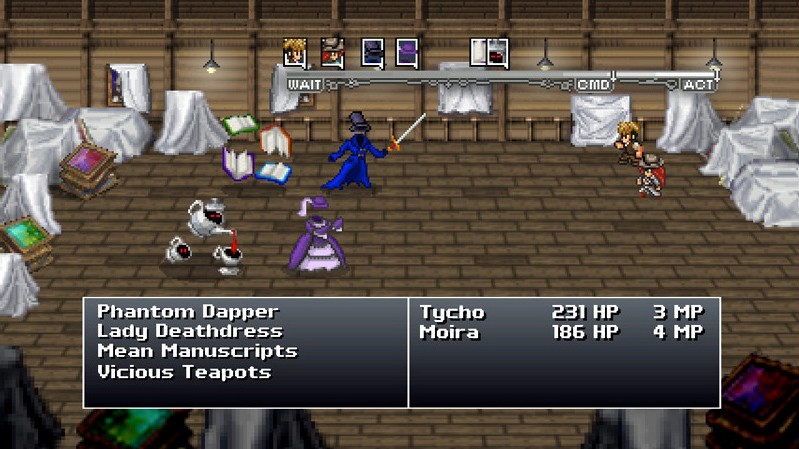 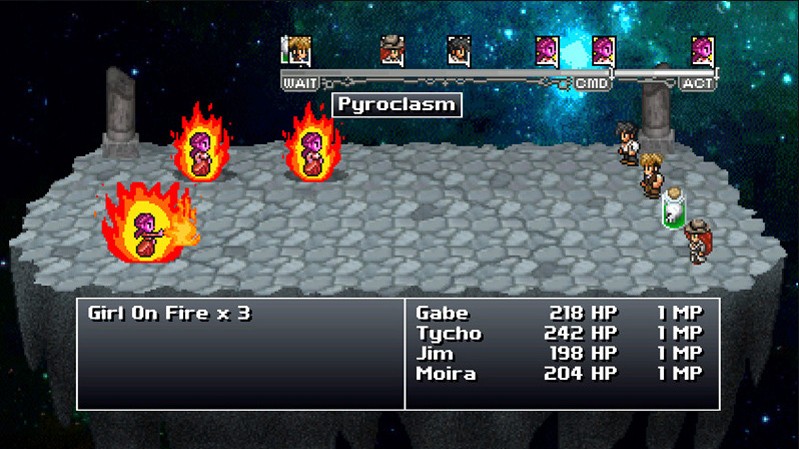 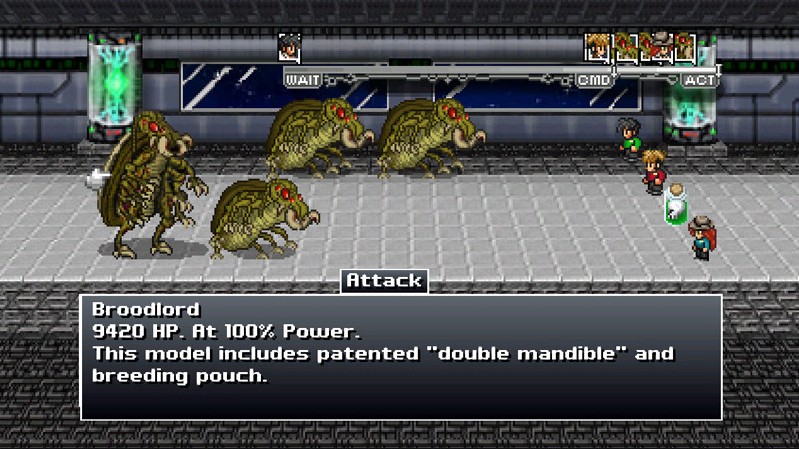 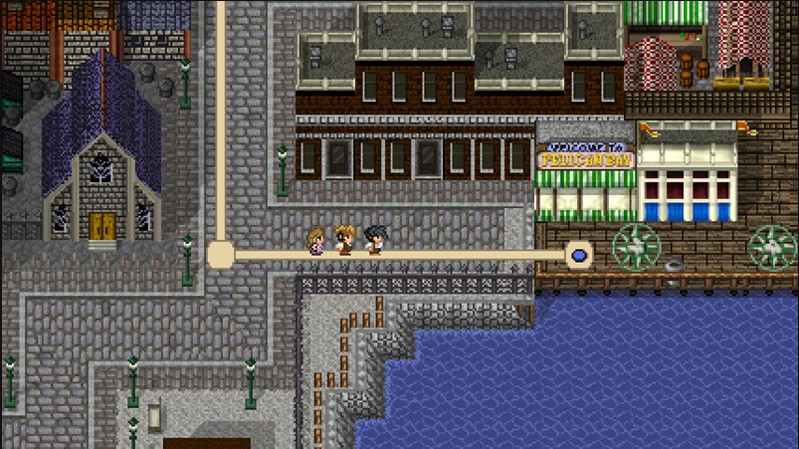 8
About Game Informer's review system
Concept
Continue the adventures of Tycho and Gabe with old-school gameplay and art direction
Graphics
The 16-bit Final Fantasy-inspired art style is nostalgic and inviting
Sound
Sounds reminiscent of Chrono Trigger and Final Fantasy are peppered throughout the score and effects, which is a compliment
Playability
Movement and menu navigation are straightforward. Combat encourages experimentation. Exploration of the environment is unfortunately limited
Entertainment
Funny dialogue, nostalgic gameplay, and excellent music create an experience you will be disappointed to see end
Replay
Low 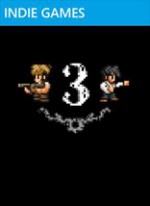 Penny Arcade's On the Rain-Slick Precipice of Darkness 3