Path of Exile: The Awakening Whether you’re exploring the dream of gladiatorial guru Daresso or hunting down grotesque organs to summon up the final boss, you’re constantly analyzing loot. Click after click yields piles of gear, all with different sockets, links, and quality. Path of Exile certainly isn’t the first game to make loot the focal point of things, but here the customization options are unparalleled, and this expansion adds enough variety to keep things interesting – even when you’re playing the same map or zone over and over.

Before even discussing actual content, the most important thing The Awakening corrects is desynchronization, one of the biggest points of contention in the original game. Whatever they did over at Grinding Gear Games, there’s no more getting caught on walls or whiffing at enemies that should be in front of you, as long as your latency is solid. While this isn’t really a feature, this fix alone does a lot toward making the online-only game much more enjoyable to play.

The Awakening adds a much-awaited fourth act to the story – a bizarre trek through an aqueduct, a dead lake, corrupted mines, heroic dreams, and a grotesque beast. Act 4 delivers lore in more unified sections, with backstory to legendary characters like Kaom and Daresso available in bite-sized audio clips as you work through these new areas featuring cool new enemies and themed zones. The new content is sizable and varied, but a significant difficulty spike may have some players scratching their heads. Some of the Act 4 bosses, particularly the final boss, are incredibly unforgiving. This is especially significant if you’re playing on hardcore mode (where one death results in permanent game over for your character); you may breeze through the early sections only to get killed in an instant due to a single unexpected attack. I died around 20 times to the final boss on Normal difficulty, and countless times on Cruel – but then again, perhaps my build, gear, or skills simply weren’t up to the challenge. Act 4 content seems like it might be best to tackle with a few friends. New skills and abilities give players plenty of opportunities to find the perfect build, from simple staples like permanent golem minions to complex chaining spells that trigger when other conditions are met. Of particular note are the new jewel slots in the massive passive skill web, allowing players to swap bonuses in and out of their build. Some of these jewels are pure bonuses, like damage addition and other effects, but others allow players to go crazy with build and game-changing effects that work in a radius around the jewel.

The Awakening is a welcome and wild addition, giving Path of Exile just what it needs to stay interesting. With the additions in this expansion and other content updates since launch, there’s enough variety and alternate advancement to keep even the most voracious of loot grinders and build optimizers coming back for more.

This review is based on experiences with a fresh Warband-standard league The Awakening character that’s currently level 66 on Merciless difficulty and several not so lucky Tempest-hardcore league characters. 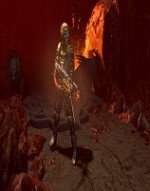 Path of Exile: The Awakening

The customization options are unparalleled, and this expansion adds enough variety to keep things interesting.

8.5
i
Game Informer's Review System
Concept A massive overhaul and content expansion for Grinding Gear’s original 2013 action/RPG
Graphics Nothing amazing, but appropriate for cutting a swath through hordes of enemies
Sound Audio logs convey the lore effectively in the expansion content alongside traditional bashes and blasts
Playability Anyone can start clicking through hordes of opponents and bosses. The complexity comes from finding best builds, especially when dealing with higher difficulty tiers and hardcore mode
Entertainment Path of Exile’s updates since release make it a compelling experience for loot-lovers everywhere, and the new additions offer even more longevity
Replay High