Still Gobbling After All These Years
by Jeff Cork on Feb 28, 2014 at 08:00 AM
Publisher: Namco Bandai Games
Developer: Namco Bandai
Release: February 26, 2014
Rating: Everyone
Reviewed on: PlayStation 3
Also on: Xbox 360 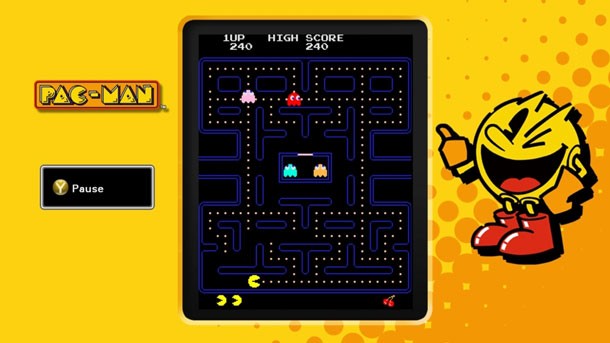 Pac-Man hit arcades back in 1980, which means there’s a good chance that he’s older than you. He’s starred in numerous games, and those games have been bundled together in a variety of collections. Rather than toss his titles in a larger library, Namco Bandai is giving the little yellow fellow the chance to host his own downloadable collection, Pac-Man Museum.

The biggest draw to the collection is Pac-Man Battle Royale, an arcade game that’s hitting living rooms for the first time. Created for Pac-Man’s 30th anniversary back in 2011, the game allows up to four players to face off as rival Pac-Men in matches that are structured closely to Pac-Man Championship Edition’s. It’s fun for a few rounds, but there’s not a lot to it once you get over the novelty of seeing a gigantic Pac-Man greedily bearing down on one of his smaller counterparts. The lack of online play or the ability to use multiple bots in single-player keeps it from being much more than a quick diversion when you have three friends over.

Beyond that, you’ve got the arcade original and a parade of others, including oddities like Super Pac-Man and Pac & Pal, the side-scrolling Pac-Land, and a port of the console puzzle game Pac-Attack. All told, there are nine games in the collection – not a particularly bad deal, but it really depends on your enthusiasm for all things Pac-Man. I never thought much of the bland, isometric Pac-Mania, and playing it again here didn’t change my opinion. I did get a kick out of Pac-Man Arrangement, which retains enough of the classic game to remain familiar while steadily adding features like warp pads, elevators, and boss battles.

The overall presentation is cute, with a virtual Pac Room that you can deck out with unlockable items, and a sticker album that you fill up by completing challenges. Namco missed a critical opportunity, however, in putting all the games into a greater context. Why do any of these games still matter? What did each one add to the character’s legacy? What year did they come out? Where’s Baby Pac-Man? If you’re hoping to get any sense of history from the collection, you’re out of luck. This is less of a museum than a self-guided tour. That’s fine, but after seeing so many of these titles packaged together in various collections over the years, I was expecting more. 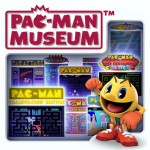 It's a fine bundle, but after seeing so many of these titles packaged together in various collections over the years I was expecting more.

Purchase More Info
7
i
Game Informer's Review System
Concept Package nine games featuring the gaming icon, from his old-school arcade days through more contemporary releases
Graphics The games are as sharp as you could hope for, though the letterboxing is kind of a bummer
Sound It’s Pac-Man, from his chirpy little intro theme to his warbling death sounds
Playability The controls work as well as they did in arcades
Entertainment Pac-Man did more than cruise through mazes and eat pellets, as this collection shows. Not all of the artifacts on display hold up, however
Replay Moderate