Purists will cry foul, but this is the most accessible and fun Pac-Man game in the character’s long history. Numerous mazes and modes, completely customizable audio and visual experiences, and several unique twists on the familiar gameplay combine to make this installment thrilling. By expanding on the experience established in 2007’s Championship Edition, which was itself an evolution of the original classic, this new DX version shines as one of the finest pure arcade experiences available on today’s consoles.

There’s nothing wrong with the addictive formula that made Pac-Man a household name in the ‘80s. Chomp pellets; flee the ghosts. Eat a power pellet; chase the ghosts. It was such a polished and simple mechanic that developers have struggled to find worthwhile ways to improve the experience in the intervening years. The original Championship Edition finally succeeded with timed mazes and a more strategic, shifting playfield. DX adds a few simple but game-changing mechanics into the mix. When those dastardly ghosts get close, time slows down and gives canny players the opportunity to change course and keep the action flowing. When even that fails, a cache of bombs are at your disposal; these blast the chasing specters back to their base, and give you a chance to escape. Finally, dozens of ghosts now train after one another in a long snake behind you, encouraging a careful route plan through the increasingly crowded maze. Combined, these features make the game easier to enjoy for new players, while offering experienced Pac-Man addicts the opportunity for incredible point totals. You haven’t lived until you’ve taken down 40 baddies in one frenzied power pellet run.

Lest you fear that all the challenge has gone, let me ease your mind. Pac-Man DX ascends to mind-shattering speeds in a hurry, demanding fast minds and thumbs both. Several of the courses are built around pattern recognition, and the ability to trace the most expedient path is key to victory over your friends’ scores. Eight excellently designed courses each have unique challenges attached, from achieving the highest ghost combo to numerous time trials. Plus, every game mode you play lets you choose the Pac-Man visuals you like best, from the stark pixelated original to modern-day 3D effects. Whether on PSN or XBLA, this phenomenal revision of the classic franchise has video games’ original hero ready for another day in the sun. 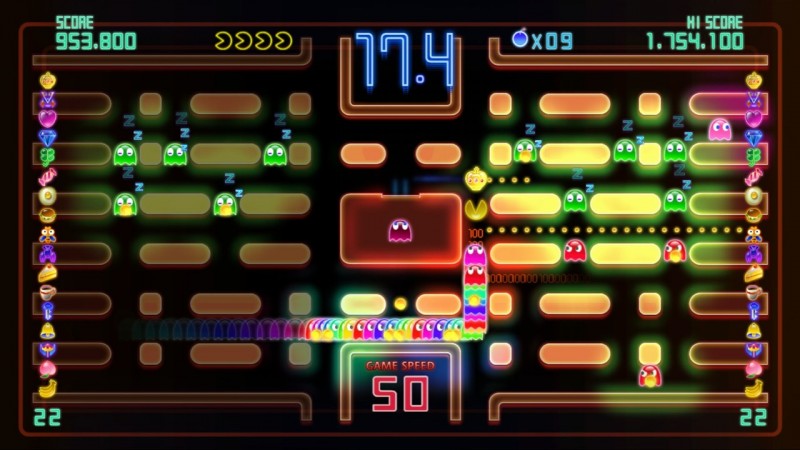 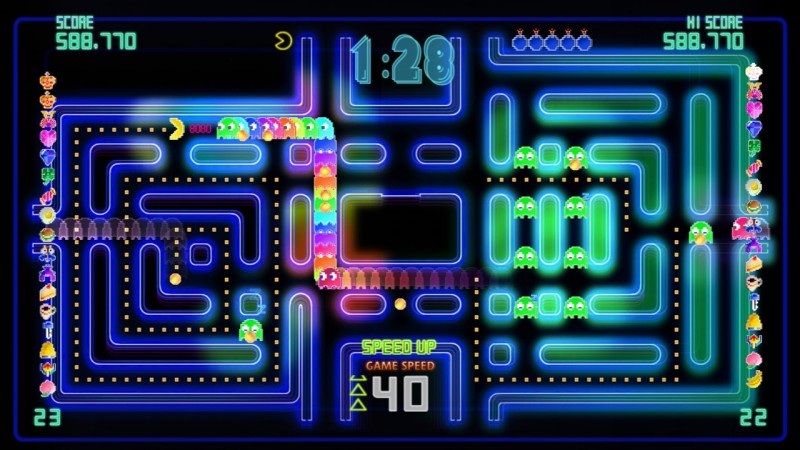 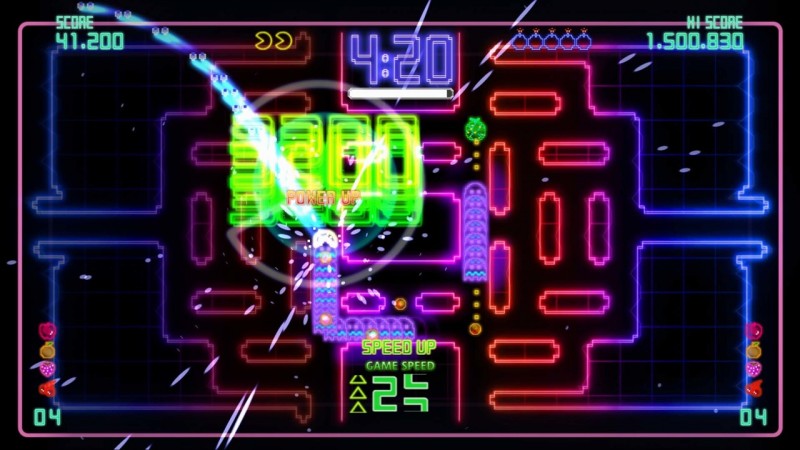 Championship Edition DX takes the classic gameplay formula in thrilling
new directions, and the result is nothing less than stellar.

Purchase More Info
9
i
Game Informer's Review System
Concept Return to the original video game hero and his hot new tricks
Graphics Customizable visuals let you choose the Pac-Man look you remember
Sound Thumping music evokes the trance-like quality this game needs
Playability Pac-Man established the paradigm of simple to learn and tough to master, and that hasn’t changed
Entertainment The most exciting Pac-Man game ever made
Replay High