While walking down a school corridor, lockers open and close of their own accord, like shutters in a strong wind. The walls bleed a deep red and pulsate like bulging veins. A girl’s melancholic voice sings a children’s song in the distance. Immediately, an overwhelming sensation comes over me: I know I’m not alone.

Horror lurks in every corner in Outlast 2, making it tense and exhilarating. This sequel leaves behind the claustrophobic asylum of the first game for greater ambitions. Players still sneak around in first-person, solve light puzzles, and avoid enemies at all costs. The environments and psychological scares in Outlast 2 are bigger than its predecessor’s, but the storytelling suffers by relying too heavily on shock value.

Outlast 2 stars investigative journalist Blake Langermann, who seeks the truth behind the murder of a Jane Doe in rural Arizona alongside his wife. Upon arriving, however, the two are separated when Blake’s wife is captured by a group of radical cultists. This narrative is completely separate to the first Outlast, offering a new storyline in the same universe, so newcomers don’t need to worry about being left in the dark.

During the majority of the game, you evade two different factions of a religious cult that want you dead. Arizona’s countryside provides variety in its environments, from traversing a lake by raft to entering the depths of a mine. Although the large areas are diverse, they can be disorienting. Early on, I became dizzied and lost while escaping enemies in a maze-like cornfield. It’s a distracting and tiring problem, especially when asked to fetch items or flip switches to get an elevator or entryway working.

You’re weaponless and vulnerable, meaning when enemies spot you, your survival hinges on how fast you run and hide. Running only works for so long since your stamina lowers quickly and you have to break the line of sight when chased. You may hide under a bed, in a closet, in a barrel, or underwater. Each area provides plenty of ways to escape, but I often had to run around in circles to lose an enemy, which became more tedious than scary.

The only tool at your disposal is your camcorder, which helps you see in the dark with its night vision and notifies you of enemy whereabouts with its microphone’s audio levels. Using night vision is terrifying with its loss of definition and shades of green, and the microphone is effective in helping you gauge when it’s safe to leave a hiding spot. Both features are intuitive, but come at a cost. Using your camcorder depletes its battery, and limited supplies are scattered around. While irksome when you run out, the battery system effectively amps up paranoia since you regularly rely on your camcorder to see.

Outlast 2 is full of tense chase scenes, a prominent feature returning from the last entry. Sometimes a demonic woman wielding a large weapon pursues you and brutally cuts off Blake’s genitals. Other times, crazed cultists hunt you down in packs, and you vault over obstacles and crawl underneath patios as pitchforks try to stab you from above. Whenever I was chased, my heart would start to race, particularly because the animations that occur when caught are spine-chillingly scary.

Chase scenes are just one of the many ways Outlast 2 scares you. A fixation on torture is rampant – you see starved humans in iron cages, contorted corpses wrapped in barbed wire, and victims impaled on long spikes. You even experience some torture first-hand in stomach-churning moments that made me squirm.

Some of the best moments take place in flashbacks to Blake’s childhood Catholic school from the ‘90s, where a disturbing mystery from his past unfolds, which I found more compelling than the main story arc. These dream-like sequences warp your perception of the world by messing with your head. Sometimes the walls distort or a flicker of light causes hallucinations, such as a young girl hanging from a noose. They happen so quickly I often questioned what I saw, which was terrifying.

Cinematic transitions between rural Arizona and these flashbacks are brilliantly conceptualized, such as the inside of a well transforming into a school vent, or a narrow space turning into the inside of a locker. It’s a fascinating, disorienting effect that makes you feel as though you’re experiencing a mental breakdown.

Although Outlast 2’s scares are phenomenal, its narrative struggles to remain cohesive and wraps up hastily. This affected my investment into the story, where my connection to the characters waned frequently. It has clever tricks up its sleeve, and while scary in the moment, their effectiveness suffers in the long run, especially when connecting various story points is difficult. Shock value is relied on constantly, with overt religious themes portrayed in ways some could find carelessly offensive. Even if that doesn’t bother you, these topics are often handled without nuance.

Outlast 2 asks more questions than it answers, and too much is left to your interpretation. This ambiguity might have worked, but it makes the conclusion unsatisfying. Even with its hiccups, it is nonetheless an intense ride that makes you question your sanity. If gory thrills are something you seek, Outlast 2 provides plenty to keep you on the edge of your seat as long as you can look past the clumsy storytelling. 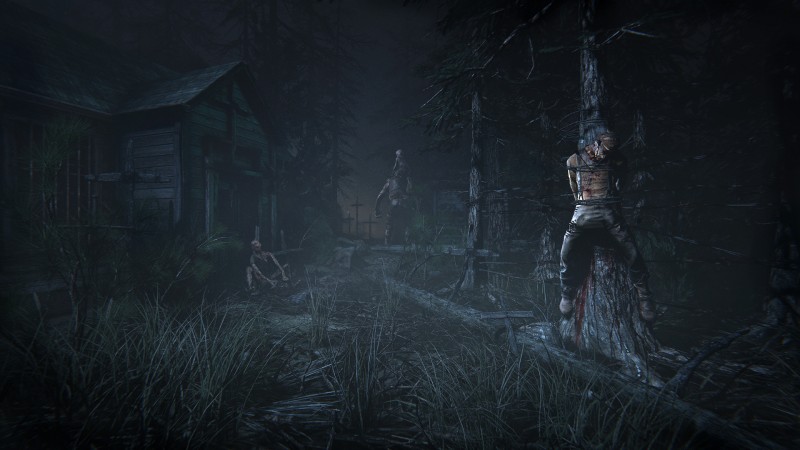 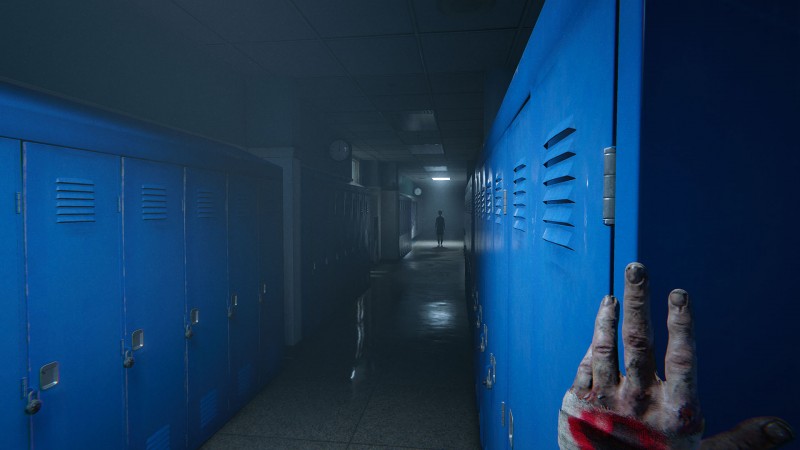 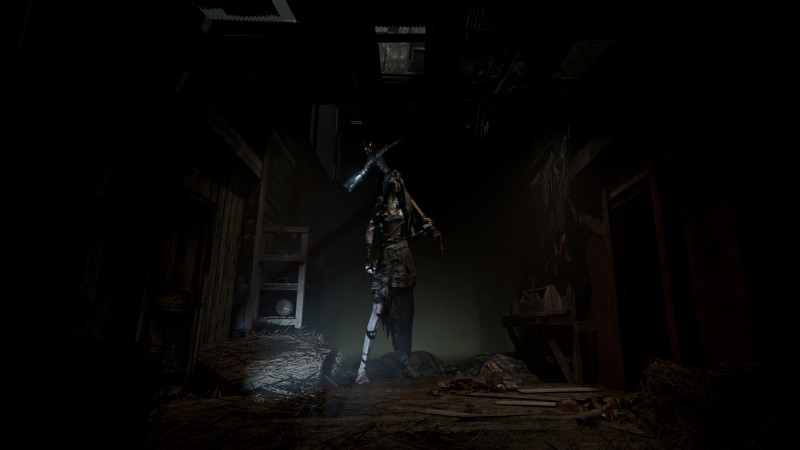 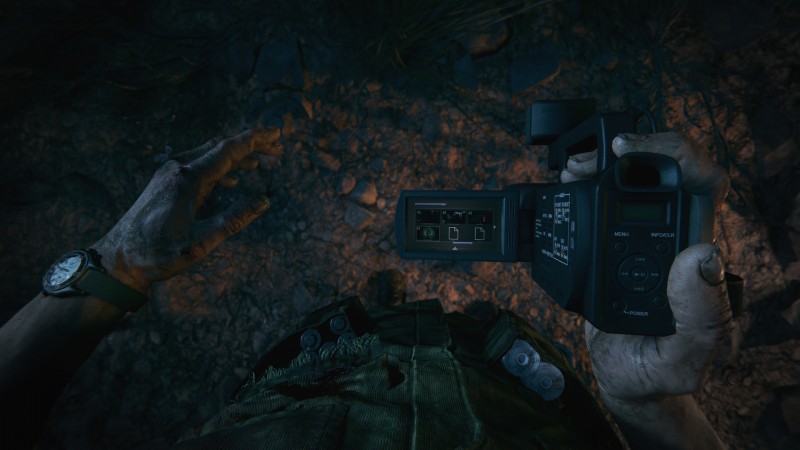 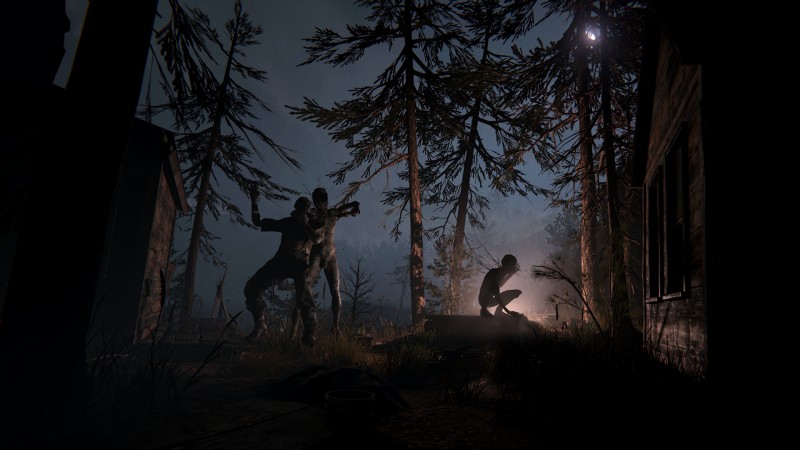 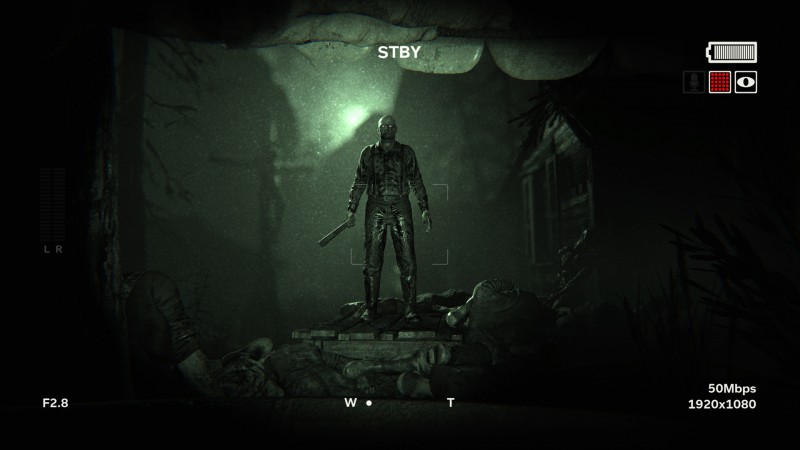 7.75
About Game Informer's review system
Concept
Playing as an investigative journalist, you use a night vision camera to maneuver through the treacherous Arizona desert where cultists lurk in every corner
Graphics
Outlast 2 features horrific, photorealistic visuals and a haunting atmosphere
Sound
From the dynamic, shaky breathing of the protagonist to the wind rustling through trees, Outlast 2 excels with its ominous sound design
Playability
Controls are simple and smooth as you vault over obstacles, solve environmental puzzles, and avoid enemies
Entertainment
Outlast 2 successfully builds on the foundations of the original, leaning more toward captivating, mind-bending horror
Replay
Moderately Low 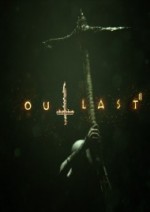