Fans of The Binding of Isaac will find a lot to love in Avidly Wild Games’ Our Darker Purpose. This Tim Burton-esque romp through the nightmare dreamscapes of the Edgewood Home for Lost Children is almost everything a player looking for a modern “roguelite” could desire. Featuring achievements that matter, high difficulty, randomized dungeon crawls and some elements of choice thrown in, this darkly beautiful title feels like the perfect evolution of the style of game that Binding of Isaac brought into the spotlight.

Budget constraints in many Kickstarter and Greenlight games can become apparent in bare visuals and sound design, but that isn’t the case with this one. The strange gothic environments, bizarre enemies, and charming-yet-haunting soundtrack complement the game perfectly. It has a Nightmare Before Christmas feel going for it that dulls the sting of continual deaths.

Death is permanent and frequent, but all is not lost. Crystals obtained from each level are used to purchase various upgrades. Some are permanent character boosts that make things a little easier, but the best and most interesting improvements come from the unique achievement system. Forget unlocking a meaningless amount of points or a gold trophy; you actually need to complete achievements in order to unlock and access various “courses.” These courses add various powers and abilities, and only a certain number can be equipped. The majority of achievements need to be earned by completing various boss encounters in specific and often difficult ways, like defeating the Ice Dragon with his own ice shards or staying within the Candelabra’s light radius during the entire duration of the fight.

The game also features a leveling system that is reset upon each respawn. Defeating enemies gives experience points, and at each level up players can pick one of two options. Most of the time these are simple things like some additional attack damage, speed, health, and some more interesting bonuses tacked on to base stats – like additional damage to bosses or bonus chances to find special rooms. These options combined with courses allow a player some serious customization options to complement the random power-ups acquired through a character’s life. Players can also choose their “route” through Edgewood, often having the option of picking two to three different floors to explore. These options give players some additional choices before venturing forth.

The level of difficulty is high. While some bosses and enemies can be better handled through rote memorization and practice, the random dungeons are often lethal. Step into a cloud of confusion chalk and you’re likely to get killed and find yourself back at the starting line. While the villains start off rather slow and easy to walk around, you find this quickly changes as you delve deeper into Edgewood’s mysteries. This challenge is perfect for the player that can take a beating and come back inspired to take on new challenges, occasionally becoming just a bit stronger through crystal upgrades and coursework.

Our Darker Purpose is fast-paced life-and-death frolic and provides many hours of delightfully difficult gameplay. An unforgiving game is nothing new, but the clever setting combined with the challenge and customization makes this title shine within its own niche category.

8.75
About Game Informer's review system
Concept
An action-packed RPG with permadeath, procedurally generated dungeons, and some forms of persistent progression
Graphics
While they won’t tax your graphics card, the graphics paint a lavish nightmarescape
Sound
Chilling and charming, the sound complements the graphics well
Playability
The basic controls are incredibly simple and easy to learn
Entertainment
A challenging and beautiful foray into the genre. Novices can progress slowly through the upgrade system while learning the ropes; veterans can jump right in and relish the experience. A must play for Binding of Isaac fans
Replay
High 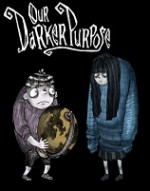