When you see American television shows like South Park or anything on Adult Swim poke fun at Japanese anime, this is the kind of content they are referencing. Otomedius Excellent is absurd, puts far too much emphasis on breast size, and will not make sense to anyone who speaks English as their first language. Also, it’s no fun to play.

Otomedius Excellent is a side-scrolling shooter, “inspired by the legendary Gradius series,” as it proudly proclaims on the box. There are seven playable women with varying amounts of clothing to choose from, each with their own vehicle and customizable weapon set. Once you make your choice, you hop on your ship and begin the game. It’s important to note that you hop on your ship, and not into your ship. Despite flying through volcanoes and space, the women still ride their ships like space bicycles, unprotected from the elements.

Every woman begins the game with a pitiful weapon that is difficult to upgrade. You’re able to shoot about two bullets every second, which sounds like a lot until you begin to count the seconds aloud and remember that this is a side-scrolling shooter where a constant stream of bullets is a requirement for survival. It makes every death – where you lose all your power-ups – incredibly frustrating. The game is made tolerable by one character, Gesshi Hanafuuma, who has a decent starting power-up.

The power-up system is different than other shooters, allowing for a little bit of customization both prior to starting the game, and during actual combat. You basically put together an ordered list of power-ups you would like to use, and you can activate them as you choose. If you want the third item on your list, you must collect three power-ups. If you want the first, you only need to collect one. When selecting your power-ups prior to starting, there are visual representations that define exactly what the power-ups do. Once you start the game, though, those visuals disappear, and the only indicator of your power-up is the Japanese name, which isn’t helpful. Despite carefully selecting the power-ups you want, you will find yourself taking part in trial and error until you memorize exactly what does what.

There are eight levels, each with an end boss featuring a different set of women, often with even less clothing than your main character. You can get through the main game in about an hour and a half. Replays are strongly encouraged, offering achievements for playing as the seven different women, and additional achievements for beating the game with each woman on each difficulty. Your power-ups also level up with each playthrough, making returns to the main campaign that much more worthwhile.

The main game does not enforce game overs on any difficulty. If you die, your high score takes a hit, but you keep on going. After three deaths a countdown appears on screen, but there is no limit on continues. You can pick up right where you left off by pressing start. Even the boss fights won’t prevent you from moving forward. If you are unable to defeat them in a certain amount of time, they simply leave, and you are able to move onto the next level. If you are hoping to set a high score, death has consequence, but if you are just trying to get to the end, the only setback related to death is the loss of accumulated power-ups. This means that if you simply want to complete the campaign, you can just set the controller down, eat a sandwich, and press the start button when the countdown timer pops on screen. I am testing this theory as I write this review, and I’ve made it to the third level.

I am struggling to find anything redeeming about this game. The characters are well drawn in that generic, indistinguishable anime sort of way. Some of the music could be described as upbeat, sometimes catchy techno, which is sort of a compliment. There is a story, but it is all relayed through tiny subtitled Japanese dialogue that appears in the bottom left of the screen. Side-scrolling shooters violently demand the constant attention of the player, so unless you have a friend reading the subtitles out loud to you, it’s very unlikely that you will catch anything that scrolls by.

There are online and offline multiplayer options, but extra players really only add an additional voice to help point out flaws and frustrations. It also gets incredibly chaotic. Suddenly half the bullets on screen belong to a cooperative partner and it becomes difficult to distinguish properly between enemy and friendly fire.

Like many Japanese ports, there are typos, and possible mistranslations. The pause menu reads, “Return Game,” as opposed to “Return to Game,” which is fitting considering that’s exactly what I wanted to do with Otomedius Excellent. 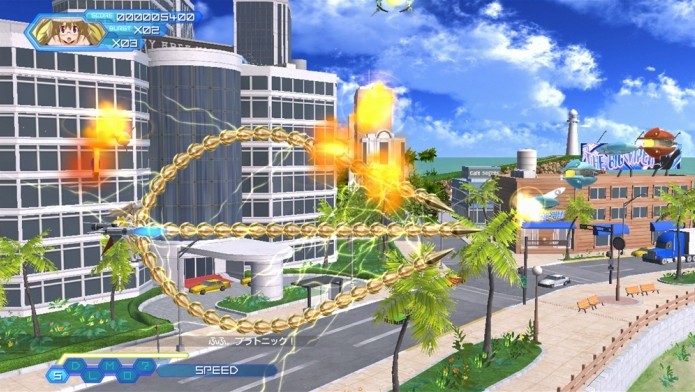 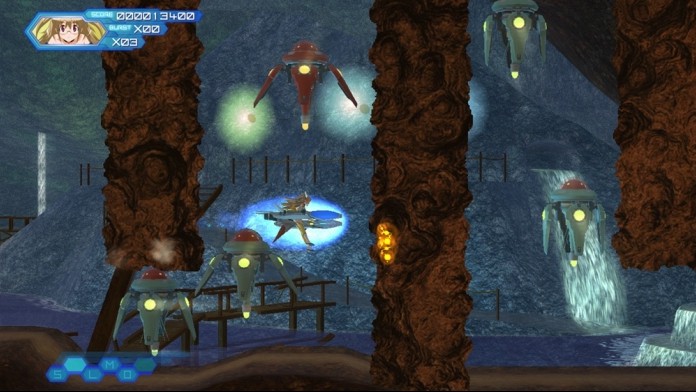 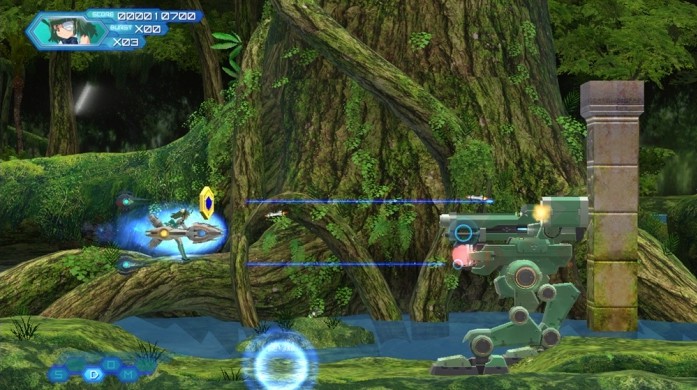 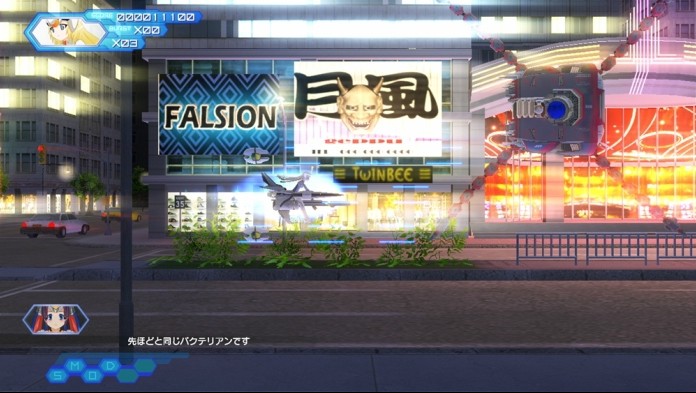 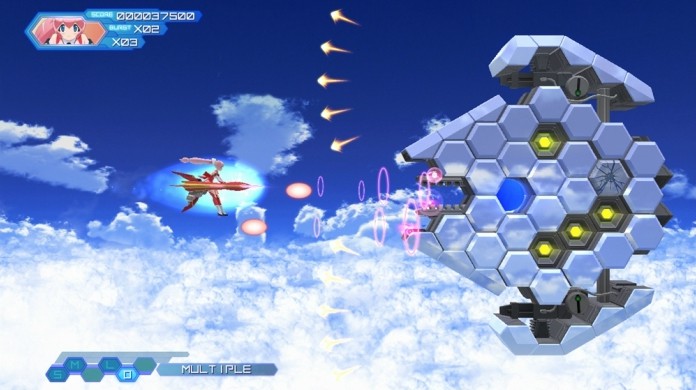 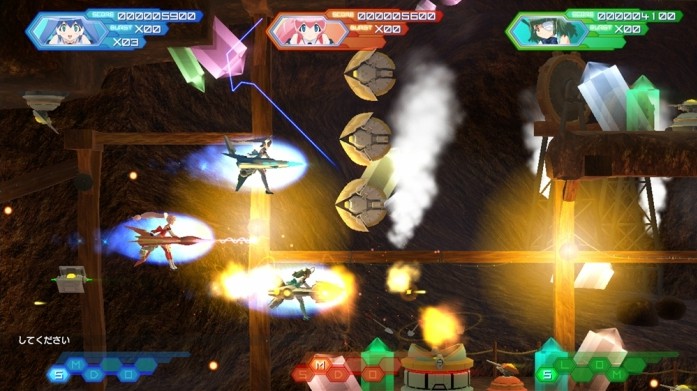 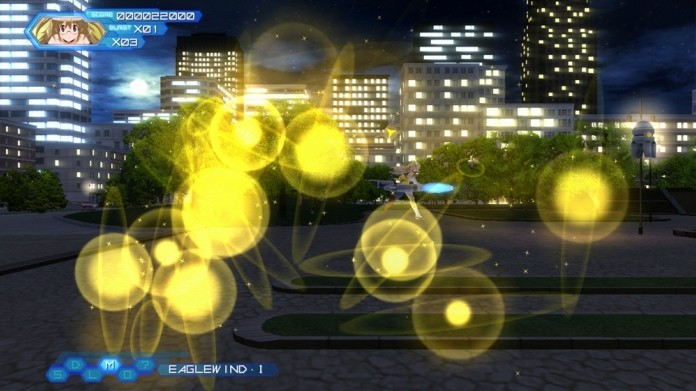 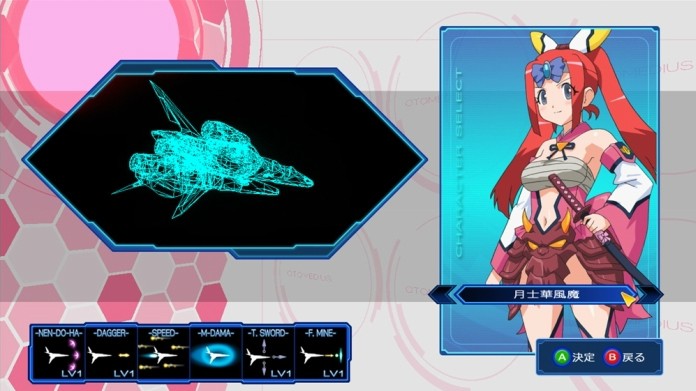 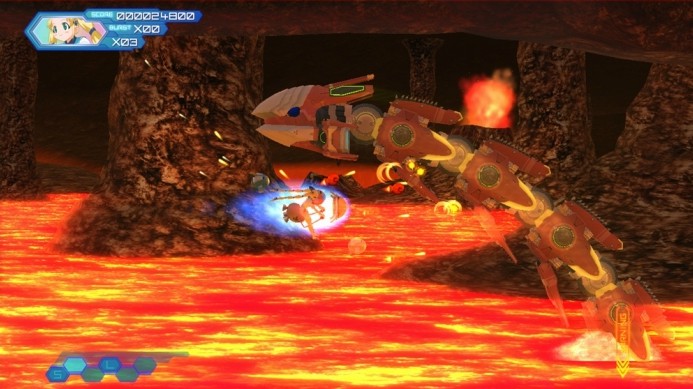 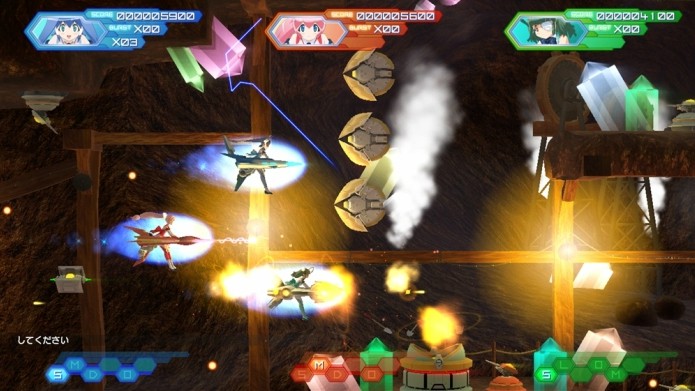 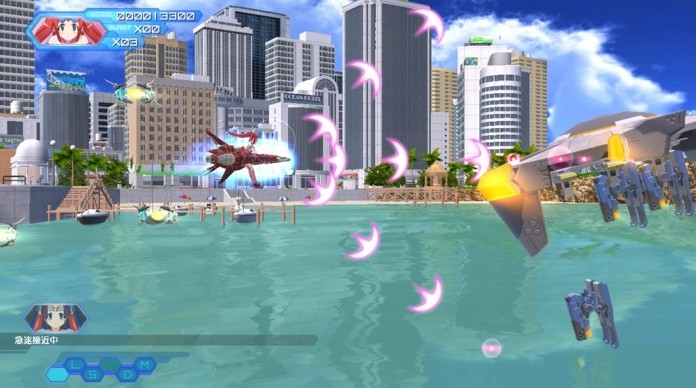 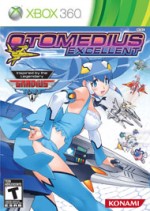 Otomedius Excellent is absurd, puts far too much emphasis on breast
size, and will not make sense to anyone who speaks English as their
first language.

Purchase More Info
3.75
i
Game Informer's Review System
Concept Take Gradius, add overt sexuality, and take away the majority of the fun
Graphics This game would have looked amazing in 1999
Sound The music is a random assortment of techno that sometimes feels weird and out of place
Playability The pitiful starting weapons and slow ships make this a very difficult shooter to enjoy
Entertainment It’s embarrassing to play this game in a public setting
Replay Moderately High