Orcs Must Die is about as perfect a title could be for this game. There are orcs, lots of orcs, and you have to kill them – all of them. You would never know by looking at it with its fantasy themes and cartoony violence, but Orcs Must Die has more in common with Plants vs. Zombies than it does other orc-heavy games like Warhammer. You’ll be earning new traps level to level and selecting them from an inventory to place in a limited arsenal at the beginning of each level. Orcs Must Die is basically a tower defense game, but it sets itself apart from others of the same genre by playing more like a third-person shooter.

The premise of the game is that orcs are always trying to invade a series of magical gates. When orcs get through these gates, all hell breaks loose and it’s up to you and a rapidly diminishing force of scholarly war mages to prevent that from happening. Levels are generally set up like simple mazes with orc-spilling doors at one end, and magical gates at the other. To prevent the orcs from making it to the end of the maze, you must set traps that usually involve sharp objects and dismemberment. The mazes themselves are diverse and force you to change your tactics from level to level, but aesthetically they all look pretty much the same. The only thing that really sets them apart from one another is their physical layout.

Playing as the rebellious student war mage who has involuntarily become the last line of defense against the orcs feels fluid and fast. It’s simple to sprint around the stages and set up traps to take out the coming hordes. Orcs Must Die is more forgiving than the average tower defense game because if your traps fail, you are fully capable of holding off the orcs on your own. Along with an assortment of traps, you also have equipable weapons like swords, fireballs, and your ever present crossbow. There were many instances where my trap plans did not pan out, but I was able to survive through the waves just with my shooting skills. It makes first attempts at difficult levels less fatal, and reduces the need to start over to change out your inventory. If you want to restart however, it’s very easy and only requires a few button presses.

The story of Orcs Must Die is made up of only a few cut-scenes interspersed throughout the 24 levels, but it’s interesting and ends on a surprisingly solemn note. Your character and his mentor have an entertaining relationship and to hear the hero talk about his teacher usually leads to some humorous quips. However, the hero’s general banter is tired and redundant. He often repeats jokes that weren’t funny to begin with multiple times throughout the same levels. Luckily you’ll be busy running back and forth between orc choke points, far too distracted to hear what he has to say.

Beyond the main game, there aren’t a whole lot of reasons to return once you’ve finished. There are harder difficulties, a few unlockable incentives, and achievements, but no multiplayer or cooperative modes to speak of. It’s a fun trip, but it’s pretty much over after the first run-through.

Orcs Must Die definitely falls into the tower defense genre of games, but the speedy controls and solid third-person shooting mechanic make it feel more like an action game throughout. You won’t be lumbering along waiting to collect the right amount of coins or sunshine to place your new trap. You’ll be sprinting around picking off enemies with headshots until you suddenly have enough coins to place a crusher on the ceiling to squish those pesky orcs. It’s fun, fast, and playable for both tower defense and third-person shooter fans. 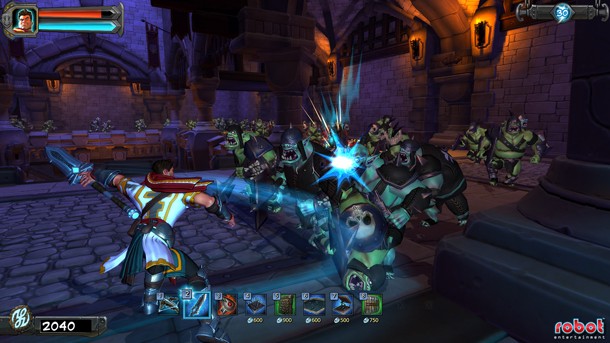 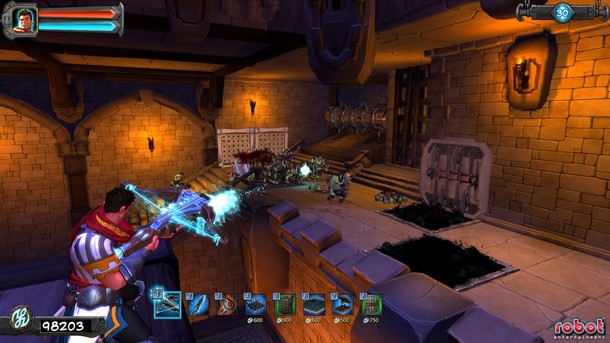 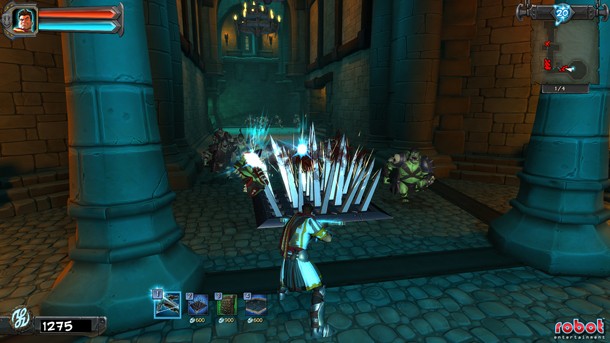 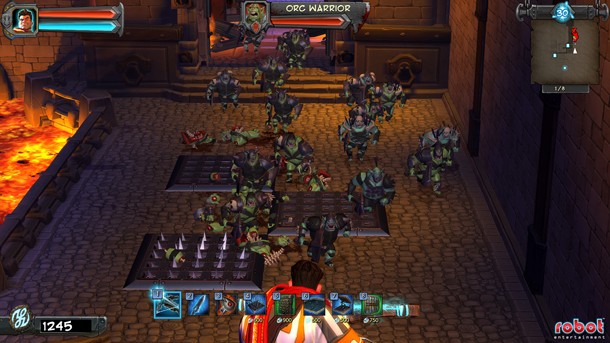 8.5
About Game Informer's review system
Concept
Combine fast paced third-person action with tower defense mechanics
Graphics
Cartoony and bright, with lots and lots of dismembered and exploding Orcs
Sound
The music is reminiscent of recent Castlevanias in the best way
Playability
Traps are easy to set and remove, and the player moves quickly, without ever getting out of control
Entertainment
Creating plans and routing the orcs is very rewarding, and when all else fails your bow and sword pack a powerful punch
Replay
Moderately low 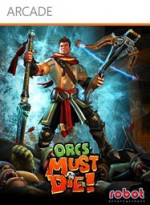