Visual novels rely entirely upon the strength of their stories, characters, and the intrigue of branching paths to create an enthralling experience. When they manage to pull it off, these games can be fantastic interactive stories filled with memorable moments. At first, One Way Trip heads in that direction thanks to its delightful premise: You play Gordon, a man who discovers that everyone who has sipped water in the past day has been poisoned and has six hours left to live. This includes him and his annoying brother Barry, so the two set out to find a cure. Everyone infected is also be tripping the entire time thanks to the hallucinatory side effects of said poison. This should result in an enjoyable adventure filled with wacky hijinks and maybe just a little bit of soul. Unfortunately, One Way Trip stumbles over its own feet within the first five minutes and never manages to get back up.

Let’s not mince words: One Way Trip is a bad game, and not because of the technical limitations of visual novels. One Way Trip is bad because its story lacks humor, noteworthy characters, and satisfying arcs. I should care for Barry and Gordon’s relationship and how it changes over the course of the game. I don’t. The supposed hallucinatory elements should be interesting, but they aren’t because the dystopian setting confuses which bits of the story the characters are hallucinating and which are just part of this game’s particular world.

One Way Trip is simple to play. You watch characters interact with each other, and you occasionally steer the story by choosing from four options. These are usually dialogue options for Gordon, with most of them letting you shape who he is by letting you play situations cool and collected, cowardly, or even silently. Sometimes sequences let you choose from basic actions, like hiding behind a box or searching the battlefield for weapons. This is less exciting than it sounds, as the repetition of choices (and the lack of interesting rewards for them) becomes grating. As One Way Trip goes on, it adds character after character, each of them with a name more ludicrous than the last (“Pepper Snaps” and “Jazzington Starlight” are among them), but I never had any reason to care about them. A lot of the dialogue – both your options and the dialogue of other characters – is just screaming occasionally followed by non-sequitur exclamations. The most intelligible sections of One Way Trip occur as a minigame called Demon Chic, which is essentially a time-management simulator where you play a college student trying to decide how he’s going to spend his semester: smoking, hanging with friends, or doing work. These sections are even worse than the main game because they last an excruciatingly long time, forcing you to pick from the same four options again and again with no discernible consequences for your actions.

The two bright points here even come with their own set of caveats. The visuals are entrancing (reminiscent of cartoons you might see on Adult Swim), but expect to see the same animations hundreds of times. The soundtrack is also memorable, featuring indie acoustic music and weird hip-hop, but it constantly loops throughout the entire game, serving as the only source of audio. What’s worse is that scene changes disrupt whatever track is playing, creating an annoying dissonance, but that’s not so bad in comparison to how prone One Way Trip is to crashing and forcing you to restart from the last autosave.

One Way Trip is a bore from beginning to end. I was never invested in its story despite trying to force myself to be, and was instead either bored or annoyed the entire time. Relief washed over me when the credits finally rolled.

4
About Game Informer's review system
Concept
A choice-driven visual novel that takes players on a hallucinatory odyssey in a dystopian setting
Graphics
The unique, trippy aesthetic is probably its biggest selling point, but that’s not saying much
Sound
Acoustic and hip-hop songs fill the soundtrack, but it’s ruined by constant looping
Playability
You play the entire game by simply selecting one of four dialogue or action options during critical choice moments. The rest of the time you’re pressing a button to progress through conversations
Entertainment
Despite its stellar premise, One Way Trip is a painfully dull experience that should be avoided by all but the most ardent drug-comedy fans
Replay
Low 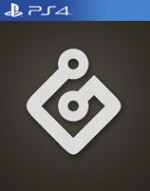