When Okami came on to the scene, no one had ever seen anything like it. The gorgeous art style and music, the innovative Celestial Brush technique (where players draw on the screen to attack enemies and interact with the environment), and the sprawling quest all added up to gaming nirvana. Okamiden doesn't have that same shock value, but it creates its own identity within the framework laid by the original.

Veterans of the first game will recognize many environments and characters, and certain time traveling sequences will get fanboys pumped. However, Okami rookies shouldn't hesitate to jump right into this sequel. It's completely accessible, and the entire backstory is explained right at the beginning.

Okamiden begins nine months after the original when the land is cursed once again by demonic forces. Guardian Sapling spirit Sakuya once again summons Amaterasu, but gets her son, Chibiterasu instead. Issun (the sidekick from Okami) is too busy with Celestial Envoy duties, so Chibi has to recruit other partners throughout the quest to help battle the demons. The first partner is a young boy named Kuni, who is the son of Susano and Kushi from Okami. How they conceived, birthed, and raised a child in the span of nine months is one of the early mysteries.

This partner system allows Chibi to interact with a variety of personalities instead of running around solely with Issun. The rotating cast works well as a fresh storytelling device, too. Chibi serves as a wandering helper to assist the partners with their issues while still making progress on the overall quest. For example, you help Kuni live up to the legacy of his hero father, and assist child actor Kagu in clearing her family's theater of demons. I also liked experimenting with their unique abilities to see how they'd affect puzzles and combat. The mermaid Nanami, for example, can swim in dungeons where Chibi can't and can shoot blasts of water if you draw a line from her to your target.

These powers figure heavily into Okamiden's puzzles, most of which utilize a new brush technique called Guidance that allows you to sketch out a route for your partner to walk, float, or swim. Some routes are more complicated than others and require you to defend your partner along the way. I never felt completely stumped by a puzzle, but they're not cakewalks, either.

Battles take place in small circular arenas where you use a mix of melee and Celestial Brush techniques to finish off enemies. For those unfamiliar with the series, brushwork pauses the action and changes the screen to a sepia tone. Here you draw slashes on enemies to cut them, sketch a bomb to blow them up, and much more. This system handles better than ever on the DS, finally allowing players to draw onscreen rather than use analog sticks or Wii remote. The mix of foes forces you to use every power in your repertoire to get through their defenses, and it's never been easier to access them all so quickly.

The most intriguing battles are reserved for Okamiden's many bosses. Most of the time you have to send your partner off to accomplish a task while Chibi's handling the brunt of the attacks and mixing in the proper brush techniques. These large, menacing foes all present unique scenarios that are satisfying to figure out. That said, combat overall is not particularly difficult. The only time I died throughout the entire quest was during a minigame.

While Okamiden makes several strides forward, it does run into a few limitations on the DS. Some of the larger outdoor areas are segmented into separate chunks to make them more manageable for the system. It's strange to sit through a brief load after going through a fake door outside. The framerate plummets in a couple areas, and Okamiden also commits the sin of having only one save slot so you can't share your cart with anyone or back up progress from earlier in the game. Also, for all of the drawing in this game, why can't I sketch on the maps to keep track of treasure spots?

Okamiden takes around 25 hours to complete, so it's much shorter than the original. I felt like the journey was just about the right length, with the only filler coming at the very end. Plenty of items to collect and sidequests to complete (not to mention a new game plus option) will satiate those looking for an even longer experience. Most exciting of all? The end hints heavily at more entries in this excellent series. 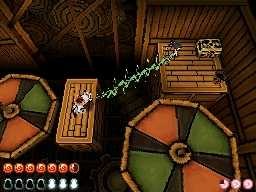 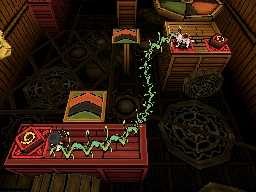 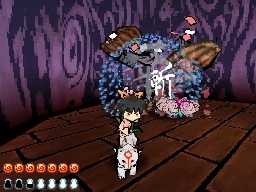 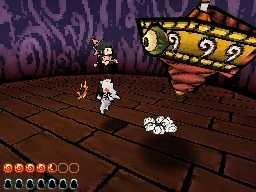 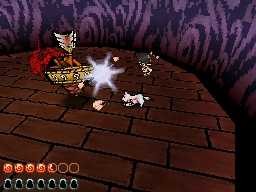 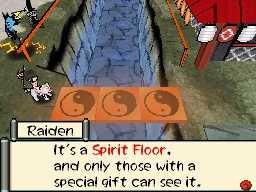 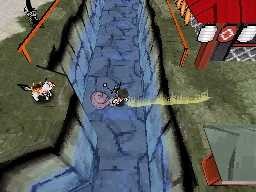 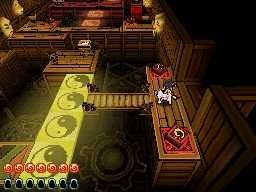 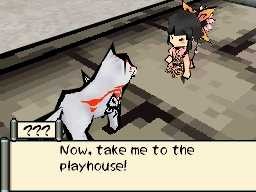 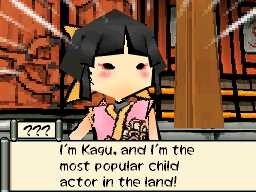 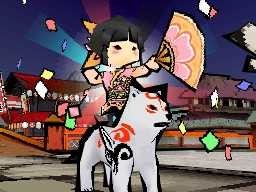 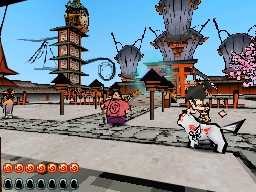 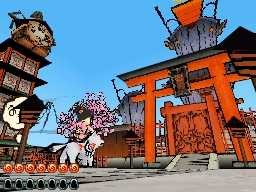 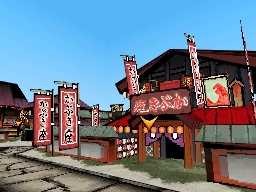 8.75
About Game Informer's review system
Concept
Amaterasu's cute puppy teams up with various kids for a sprawling adventure
Graphics
While the visuals are simplified from the original, the watercolor art style still impresses
Sound
Traditional Japanese tunes blend with Charlie Brown adult blabbing voices
Playability
Drawing with the stylus is hands-down the best way to control the Celestial Brush
Entertainment
The Zelda influence continues here with an epic journey filled with loads of exploration, huge bosses, and plenty of puzzles
Replay
Moderate