Octodad has no shortage of wit, creativity, or laughs. As the story of an octopus masquerading as a human, Octodad starts off strong with a clear focus on the crazy premise, and gameplay that is simple enough to showcase the wacky physics and fun of knocking lamps around the room and flinging axes across the yard. It’s a smart, innovative testbed for interactions, but the more it tries to be a game filled with challenging objectives and boss fights, the more Octodad reveals that underneath the suit, there’s not much to get excited about.

I was instantly charmed by Octodad and his flailing tentacles. An opening level set at the poor guy’s wedding, and a subsequent morning at home with his family, are both filled with playful quips from the characters. Beneath the amusing surface is a thoughtful theme about the way we all grow up and have to start going through the motions of being an adult, even when we don’t always know what we’re doing.

At first, the gameplay that accompanies the inventive concept is haphazard, but entertaining. Moving Octodad’s appendages with any clear purpose is an exercise in frustration, and that’s just fine when the tasks are simple. Sure, it’s a little tricky to maneuver his tentacles into place so he can grill those hamburgers for his kids, but with a little practice, the job gets done. The tasks become more difficult as you progress, but unlike most games, your precision and understanding of the controls never improve. By the time you’re trying to climb obstacle-laden towers, fleeing from an angry chef, or sneaking past wary sailors, the once-amusing control mechanics are infuriating.

The later levels are dominated by ill-advised stealth sequences, frustrating camera angles, and complex level geometries which are too easy to get stuck on. It’s all capped off by one of the most tedious boss battles I’ve had the misfortune to encounter in recent years. The jokes just don’t bring the same chuckles when you’ve been cursing for minutes about futilely trying to climb an escalator that’s going the wrong way. These later sequences demand a level of precision that the purposefully slippery controls can’t accommodate.

Octodad supports multiple control inputs, which is good, because the keyboard/mouse setup is a mess – I strongly recommend a 360 controller or other gamepad. Young Horses has included an amusing way to play cooperatively by assigning different players to different appendages – a good fit for folks considering a playthrough with the family. Octodad also offers some fun extras scattered throughout, like a secret 2D level and a collection of hidden ties, but many of the tasks involved in completing these optional sections are more trouble than they’re worth. Engaged players will also want to check out the included level editor, and the workshop mode that lets you explore other users’ creations. It pains me to level a harsh judgment against a game that’s trying something new and innovative, but Octodad doesn’t balance the frustration with the funny.

5.75
About Game Informer's review system
Concept
Guide an octopus hiding as a human through his daily life without anyone catching on
Graphics
Cartoonish characters and bright colors are simple and inviting
Sound
Humorous voice work and chipper music tracks, but the tunes loop more than I’d like
Playability
Purposefully awful controls have you constantly at odds with your character’s movements
Entertainment
Funny at first, but the jokes wear thin as harder objectives set in
Replay
Low 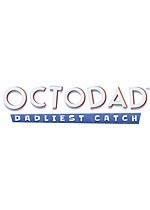