My reverence for Myst and Riven is immense. These titles changed my perception of what an adventure game should be, transporting me to vivid worlds that relied on complex machinery rather than convoluted inventory manipulation. The clever mixture of story, puzzles, and exploration was often imitated but never fully replicated – even up until traditional adventure gaming effectively flatlined in the late ‘90s. Obduction is the next project from the minds behind Myst and Riven, and in its best moments, it recaptures the wonder and nostalgic thrill of being immersed in a lonely world. However, at its worst, Obduction reminds us why the genre was dead and buried for over a decade.

The narrative style and world-building follow the same proven formula as the early Myst games. You arrive in a strange place, and Something Bad has happened there. Where is everyone? What are these machines for? Can you get home? With only slight guidance from a local weirdo, you piece together the answers by examining the objects and worlds left behind. The narrative hook is interesting, but most storytelling occurs between the lines; its main purpose is propelling you forward and enticing you to interact with the arcane contraptions that form the heart of the experience.

Some puzzles in Obduction recall my favorite parts of Myst and Riven. Transmuting hidden symbols into numerical door codes, operating a laser-equipped mine cart, and using the teleporters for the first time are all satisfying and memorable sequences. In these moments, I felt a sense of victory wash over me as the world opened and new possibilities appeared. These revelations may be rewarding, but they aren’t frequent. The world feels large, but it isn’t dense with things to solve; for each barrier that requires careful thought or observation, you encounter several that are barely puzzles at all. Flipping switches and pressing buttons isn’t challenging, and left me feeling like I was just jumping through hoops rather than figuring anything out. I understand that not every puzzle can be a total head-scratcher, but the rarity of obstacles requiring careful thought limits Obduction’s number of “aha!” moments.

Some puzzles are great and some are unexciting, but two near the end are absolutely terrible. One uses a recurring alien numbering system that you have the opportunity to decipher early on, though no previous puzzles require you to understand it completely. However, when you reach the bad puzzle, you need a solid grasp on how the numbers work – and you can no longer access the teaching mechanism. This results in a dead-end unless you already put in the hard work without knowing its importance, or unless you anticlimactically look up the answer online (like I had to) in order to progress.

The other misstep is a giant maze with sections you can remove and rotate. The challenge isn’t figuring out what you need to do – that much is clear within your first few minutes of studying the puzzle. The problem is the long process of executing the solution, which requires jumping to a different world, performing some adjustments, and jumping back to see the results. It takes too long even when you know the solution; the process is made even worse by the long loading times during each world transition, which makes even minor tweaks take several minutes to execute. I spent almost 90 minutes of my 12 hours with Obduction on the maze alone, and it dealt a nearly fatal blow to my enthusiasm for the game just as the conclusion was approaching.

Apart from loading issues, I ran into a series of other technical problems that interrupted my enjoyment. For instance, using a standard Xbox 360 controller, I couldn’t navigate the menus. My character’s shadow (which I had disabled) kept reappearing. Parts of important notebook pages were just black stripes. I narrowly avoided getting permanently trapped in the environmental geometry. No single issue here is a dealbreaker, but taken in aggregate, they make the experience feel unstable and unpolished, which impeded my willingness to experiment in the world for fear of rendering my save unusable.

Obduction’s gradually unfolding setting is compelling, and its narrative answers your big questions while leaving enough ambiguity to uphold a sense of mystery. A few exceptional puzzles reproduce the best of the genre’s glory days but the gameplay moments filling the space between them are too uneven and unrefined. Since it comes from the same creative talent, Obduction clearly takes some pages from Myst’s book, but these excerpts only result in flashes of greatness rather than a true successor. 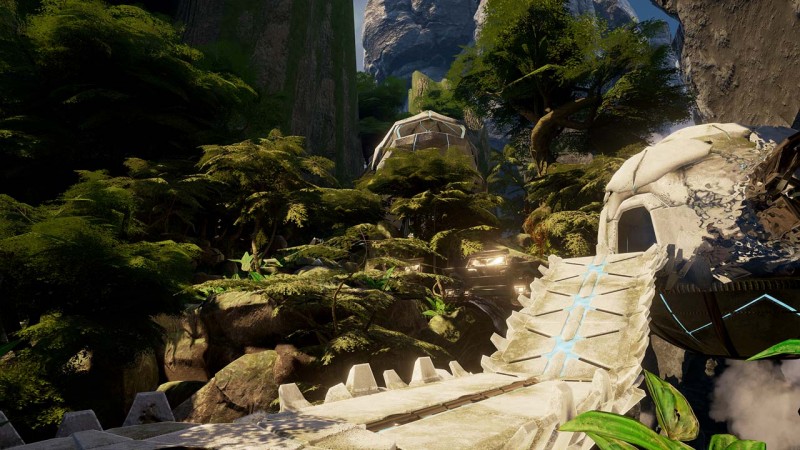 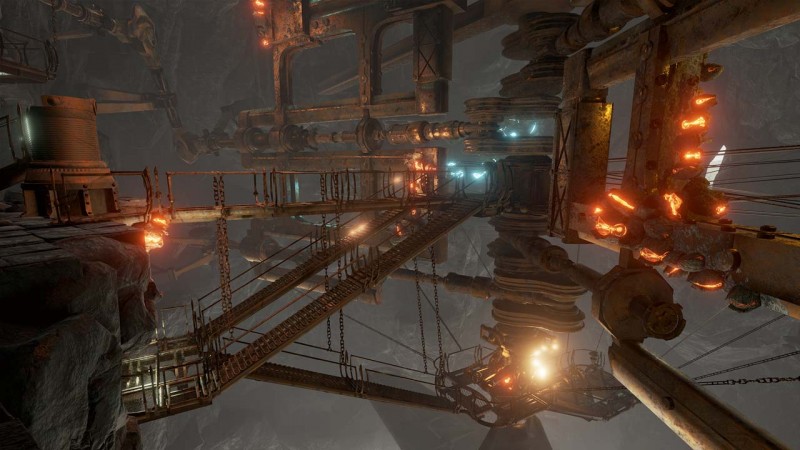 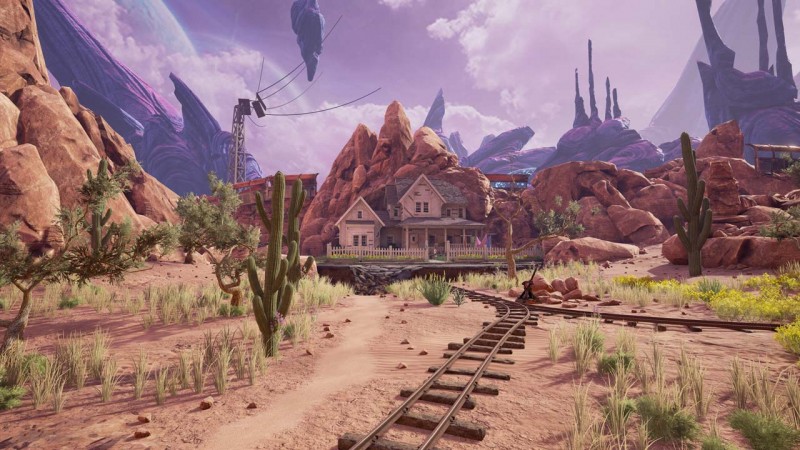 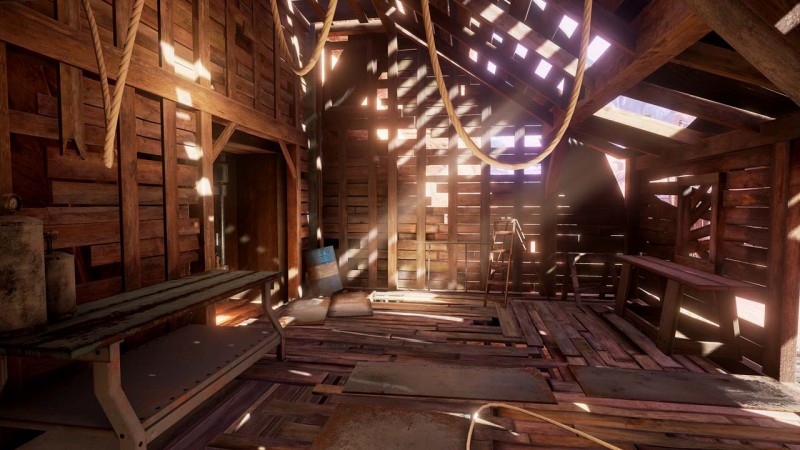 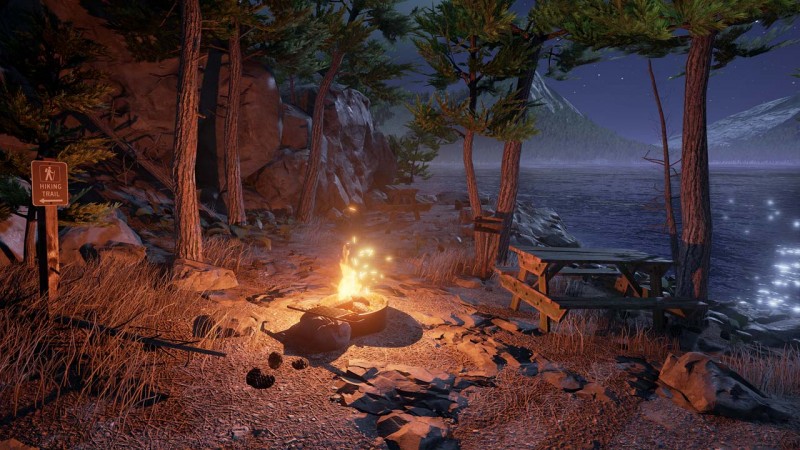 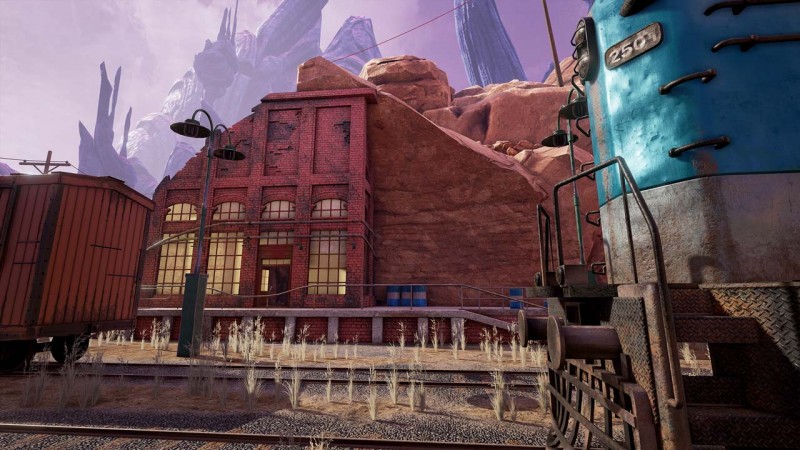 7.25
About Game Informer's review system
Concept
A Kickstarter-funded adventure full of puzzles and mystery, straight from the creators of Myst and Riven
Graphics
Excellent art direction makes the strange devices and alien vistas pop. The live-action recordings feel like an homage to Myst, though some players might find them hokey
Sound
Clanking machines to distorted voices sound appropriately ominous, and background music swells at the right moments
Playability
Manipulating the objects works fine with mouse and keyboard, but the experience is not optimized for some common gamepads
Entertainment
Obduction is brilliant in its best moments, but those are rare and have various frustrations between them
Replay
Moderate 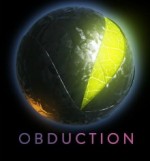